All Aboard Harvest | Z Crew: Uncertain Roads Ahead
7411
post-template-default,single,single-post,postid-7411,single-format-standard,qode-quick-links-1.0,ajax_fade,page_not_loaded,,qode-title-hidden,qode-theme-ver-11.2,qode-theme-bridge,wpb-js-composer js-comp-ver-5.4.7,vc_responsive

Manley, NE (Home): Summer wheat harvest 2014 marks Zeorian harvesting’s fifth year working with All Aboard Wheat Harvest. We’re very excited to share our summer with you once again. Although this season is looking like it could be our most uncertain yet, we look forward to hitting the road as soon as we can.

As most know, the Z Crew’s name has been in the industry for some time now, though we haven’t always gone by that name. Mom’s (Tracy) grandparents were custom harvesters. That’s actually how Mom and Dad (Jim) met. Dad was a hired man for them! It’s a great love story. From that love story comes four lovely daughters: Jamie (28), Jenna (26), Taylor (19) and Callie (16). We run a small “Mom and Pop” crew with one combine, a semi and straight truck. We live out of a trailer house and travel from Texas to Montana during a normal season.

Jamie and Curt Hermesch have now been married three years. They have the cutest son in the entire world named Eli. We celebrated his first birthday in April and have all enjoyed spoiling the heck out of the little guy. Jamie, Curt and Eli don’t participate in wheat harvest but if we’re lucky they may make an appearance somewhere throughout the summer.

Jenna, who pioneered the All Aboard Harvest wheat trail, is now employed by Claas out of Omaha. She’s a busy lady! She bought a house in October and has been working hard to make it a home. Jenna directs tours at the Omaha location and sets up farm shows and expert camps throughout the summer and fall. This season she looks forward to traveling to places such as San Antonio and Kentucky.

I’m Taylor (daughter #3, Tater Bug, Deet), head chef and house maid for the Z Crew. I moved in with Jenna in January and finished up my very first year of college last week! I attended classes at a community college in Omaha, working to get my general education courses out of the way. I plan to transfer to a university by next year and pursue a degree in elementary education. I will be the lead writer for the Z Crew over the next few months!

Callie is a soon-to-be junior in high school. Involved in choir, band, FBLA and student council she stays busy with activities, homework and somehow manages to have a social life. She is currently in Florida with a high school group and will be playing with the marching band at the Magic Kingdom in Orlando! Callie has also qualified to go to the FBLA National conference in Nashville, TN and looks forward to the trip at the end of June. Callie and I will be on our own again this summer to act as the main support team for the Z Crew.

Most involved in Agriculture or anyone who has paid attention to the prices in the grocery store lately know the terrible conditions we’re looking at for the incoming season. While a few crews have already moved south, our family does not have any work in Texas or Oklahoma. The drought our Southern states are suffering from is one of the worst our country has ever seen. Callie recently wrote a paper for school on the drought and informed me the conditions are worse now than they were during the Dust Bowl of the 1930’s. Modern farming techniques are what have saved most of the ground.

Unfortunately, the Z Crew may not be moving anywhere for the next month or so. We’re hoping to have work at our usual stop and Kansas but at the moment it’s too soon to know. Once again, our crew will be fueled by faith and we’ll have to work together to keep our sanity. I look forward to sharing our crazy summer with you and I hope you’ll stick around for the ride! 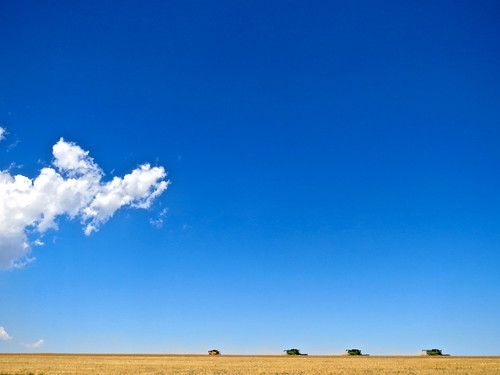 Favorite picture from summer 2013: Z Crew working with the farmers outside of Limon, CO. 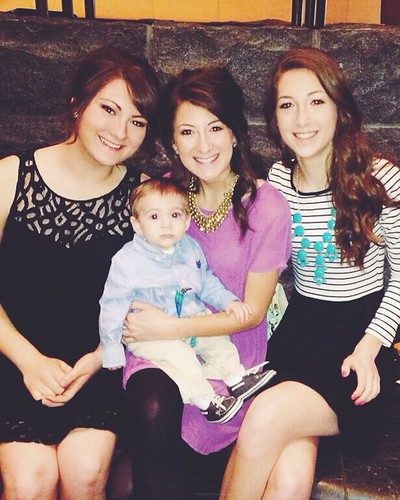 Eli and his aunties! He loves us. Don’t be fooled by the frown. ( Left to Right: Taylor, Eli, Jenna, Callie) 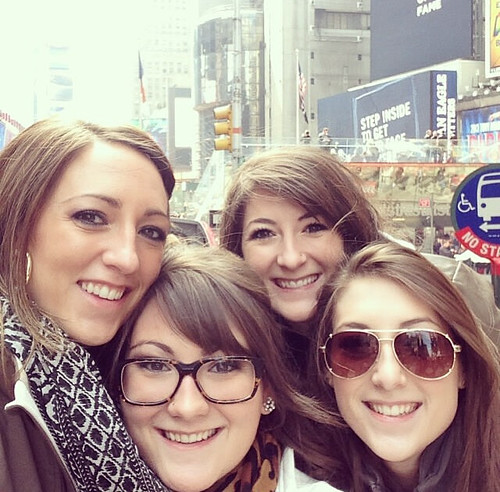 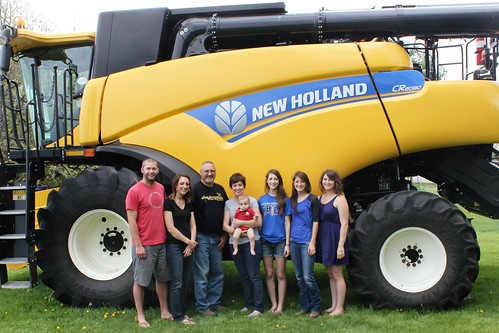 You know what? It’s way too difficult to get everyone to participate in a family photo. I’m glad we got this one on Mother’s Day! (L to R: Curt, Jamie, Jim, Tracy, Eli, Callie, Jenna, Taylor)

The Z Crew can be reached at zcrew@allaboardharvest.com. All Aboard Wheat Harvest™ is sponsored by High Plains Journal and New Holland Agriculture.