All Aboard Harvest | Jada: Kissing the Ground in Kiowa
7561
post-template-default,single,single-post,postid-7561,single-format-standard,qode-quick-links-1.0,ajax_fade,page_not_loaded,,qode-title-hidden,qode-theme-ver-11.2,qode-theme-bridge,wpb-js-composer js-comp-ver-5.4.7,vc_responsive

Hoffman Harvesting wrapped up our Texas harvest on June 4th. While our plan was to hightail it to Kiowa, things didn’t go as planned. Since we received word that some combines were spotted harvesting, we knew time was of the essence!  When we woke up our plans were to make the move, unload and get started cutting. 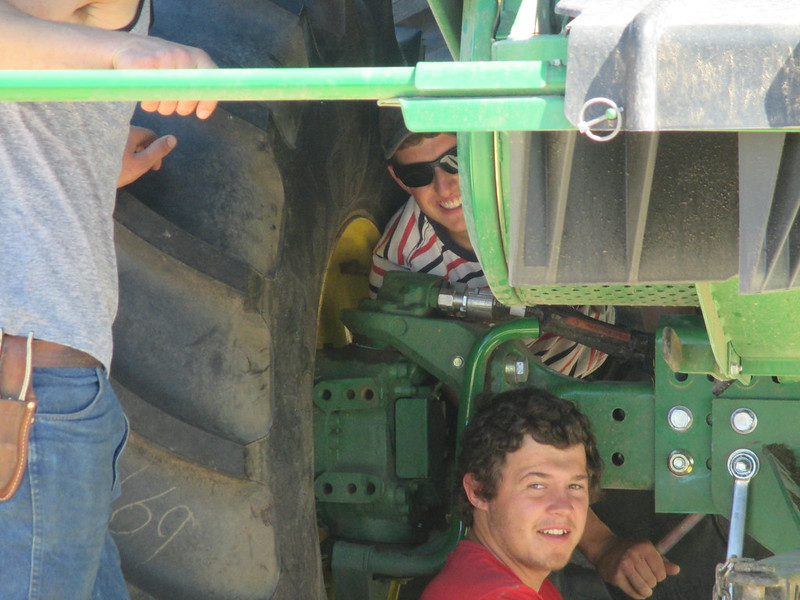 Our first day in Texas, Ed and Theo peek out from beneath the combine while preparing to put a hitch on it to help move headers.

To our dismay, the move didn’t go as seamlessly as our previous move. In fact, our headers never hit the amber waves for several reasons, or shall I say breakdowns.  This move was a disaster and it felt what could go wrong went wrong. While I could just post that we moved, it wouldn’t explain how our normal trip was doubled in time. Our first problem of the day began by Electra, Texas. A valve on a truck was sticking. Thankfully this was a quick fix and our great mechanic, Leon, quickly had us on the road once again. 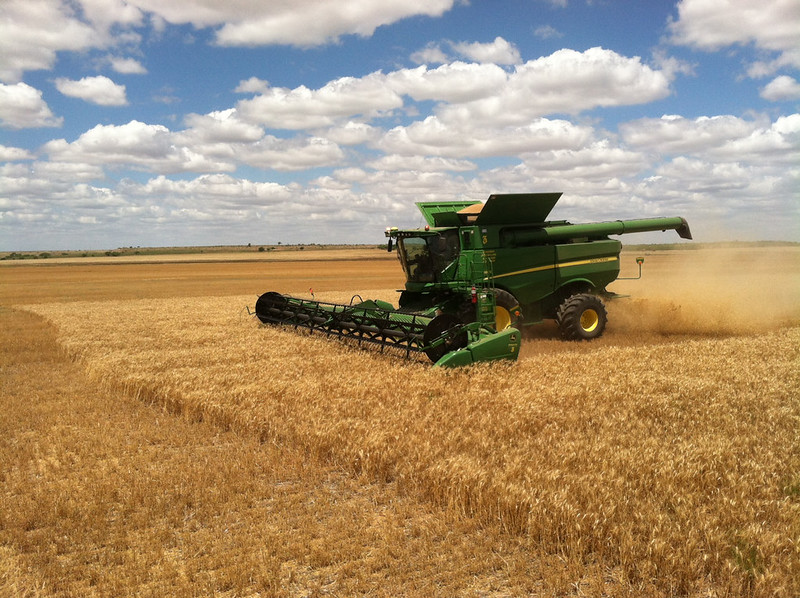 A “Big Sky”. How appropriate because this was taken in Texas.

The next breakdown came in Clinton, Oklahoma. Thinking the problem was a break canister, the problem was fixed and we resumed travel. By Thomas, Oklahoma, we realized this wasn’t the case. Time was quickly slipping by and we knew we wouldn’t be able to make it to Kiowa, Kansas if we didn’t get a move on. We abandoned ship- errr truck pulling a combine- in Canton with hopes of getting the rest of our equipment to our scheduled stop. It seems things were not on our side as shortly after, another truck had a flat. While the triple digit weather didn’t help the move, it thankfully didn’t prevent us from getting to Kiowa. We arrived at sundown. 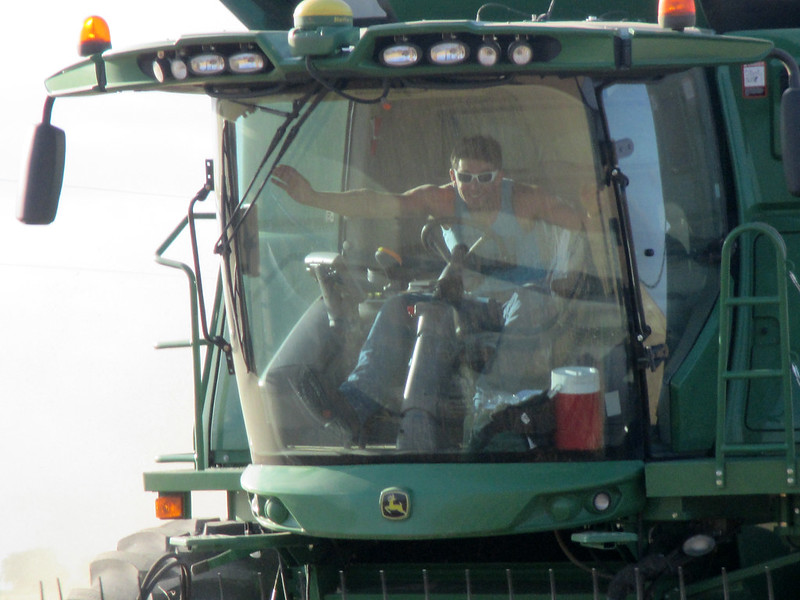 Veteran crew member, Andrew a.k.a. Oak, enthusiastically waves from the cab of a combine. Happy to be back in Texas because it’s always a good time- unless of course you break down in triple digit weather!

I heard several crew members kissed the Kiowa ground upon arrival but it was too dark to tell, and they said they don’t kiss and tell. We’ll mark this trip up as an example of what can go wrong while on the road. No matter how much time is spent in the off-season in preparation for harvest, things just happen when the wheels are in motion. Since I don’t have pictures of the move, I have posted more pictures from our time spent in Texas. 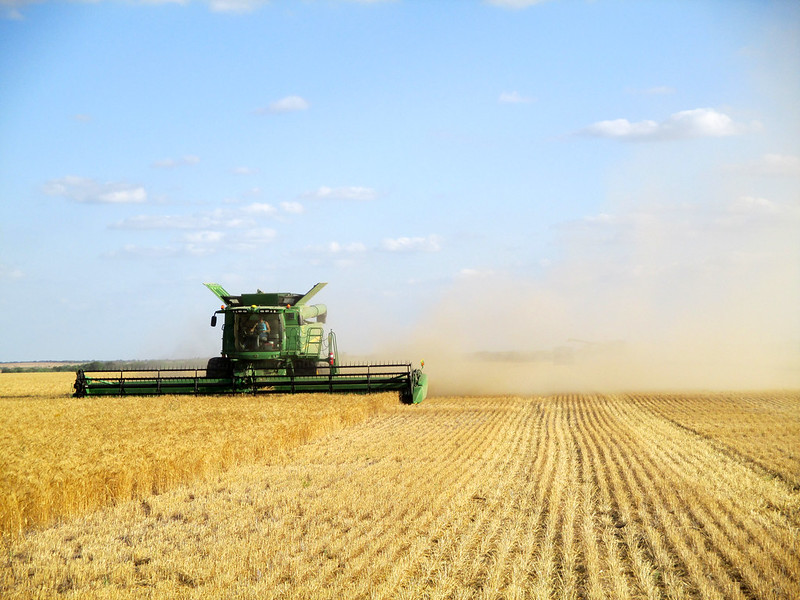 All Aboard Wheat Harvest™ is sponsored by High Plains Journal and New Holland Agriculture. Jada can be contacted at jada@allaboardharvest.com.