This is what we have been doing for the past week. A farmer’s combine broke down near the Texas-Oklahoma border. Three belts on one side of the combine had to be replaced, as well as a bearing. It took us a while to get the job done because the belts are not exactly easy access. We tackled the task and got it done right. 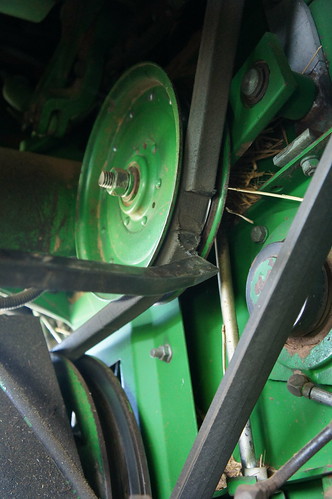 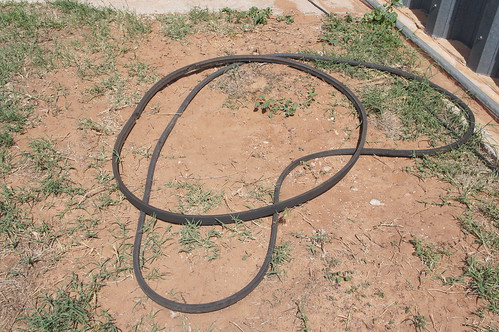 Two of the three belts we changed that day. 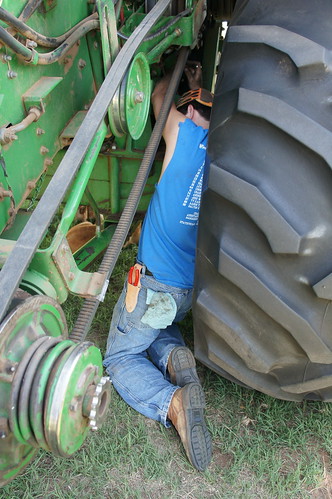 There are some tight fits! 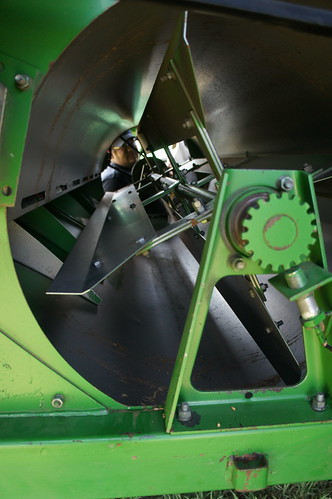 We fixed another combine that had a “U.F.O.” run through it! Those pesky unidentified foreign objects will get you every time. Especially the ones you can never find. It appeared to be something large and hard that went into the header, through the feeder house, broke a cylinder bar as well as two spiders that hold the bars in place. Not an easy fix. It could have been worse by busting its way through the rear of the combine taking with it the sieves or chopper, but luckily it did not get that far.

We started our repairs by taking the header off of the combine. We have a special feeder house stand to make our job easier. After the whole front feeder house was off, we take the right drive tire off for easier access to the pulleys and belts we have to disassemble. All eight cylinder bars and 112 bolts have to be removed. After that, a few belts and bolts to loosen on the left side of the combine and ta-da; ready to slide the cylinder shaft over. Once we can access the cylinder spiders and change those out, we are ready to reassemble the entire front end of the combine. It’s just another day on the job! 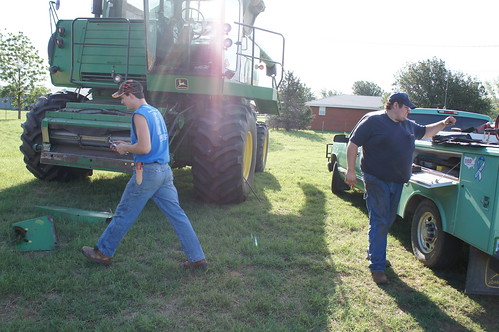 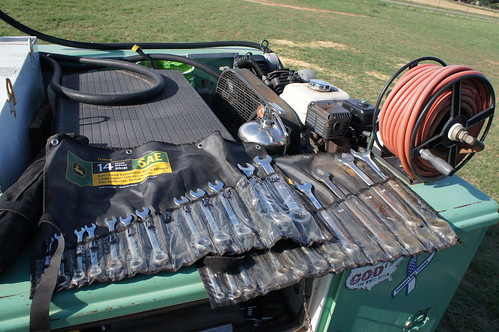 Even though making shop calls or repairs in general are not my favorite thing to do, I am thankful to be doing something. We may not be on harvest, but it still feels like it. Long hours, hot Oklahoma sun, and machinery. I would much rather be smelling the sweet wheat dust in the cab of my combine, but for now, my dreams are enough.