All Aboard Harvest | Megan: Change of Luck
8126
post-template-default,single,single-post,postid-8126,single-format-standard,qode-quick-links-1.0,ajax_fade,page_not_loaded,,qode-title-hidden,qode-theme-ver-11.2,qode-theme-bridge,wpb-js-composer js-comp-ver-5.4.7,vc_responsive

Imperial, Neb. – Roland Harvesting officially made it back to Husker country on July 8th as we moved to Imperial, Neb. For many years, this area has had some unfortunate luck. It seems like thunderheads have a way of gravitating to our farmer’s fields and plummeting hail onto their crops. Some of the most devastating losses I’ve ever witnessed have been in this area. These farmers possess an incredible amount of faith and continue planting year after year, despite the uphill battle. Finally, this summer our farmers caught a break and experienced one of their best harvests yet. There was no hail to speak of and plentiful moisture during the growing season. Yields were running between 40 to 80 bushels per acre with test weights of 61 to 64.5 pounds. According to the combine monitors, some spots of dry land wheat were making up to 112 bushels per acre! Overall, majority of the fields averaged around 70 to 80 bushels per acre, which kept a constant grin on our farmer’s faces.

Our stop in Imperial lasted longer than anticipated due to some rain days and multiple breakdowns. Finally, on July 19th Brandon and part of the crew left for Chadron, Neb. while Dad and Matt stayed behind in Imperial to finish out harvesting a few fields of peas. Currently, Brandon remains in Chadron and the last half of the crew made it back home to Hemingford a few days ago. Harvest around home is in full swing already, but more on that soon!

On behalf of Roland Harvesting, we would like to offer condolences to the Raymond Schultz family of Imperial. Raymond passed away this spring and will be greatly missed. He was a good farmer and long time faithful customer. 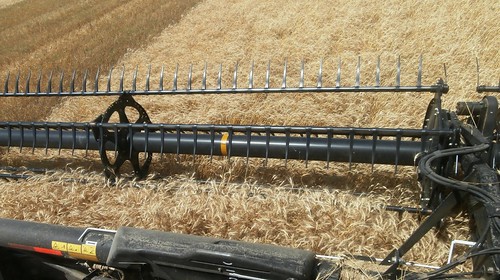 Harvesting a header full of wheat. The yields in Imperial have been the best we have seen this season! 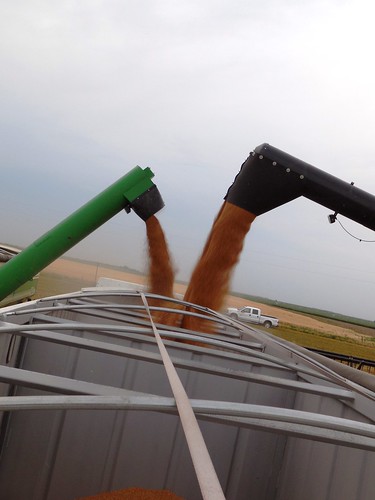 The grain cart and combine unload together on the truck. 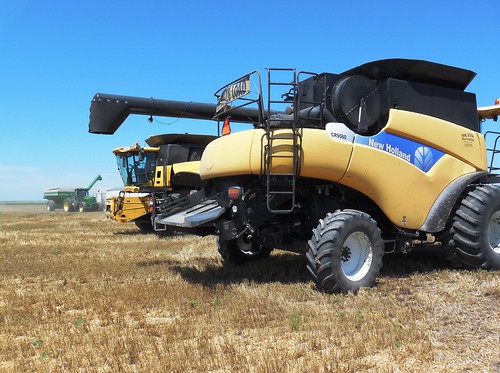 A little bit of chaos is expected before moving fields. 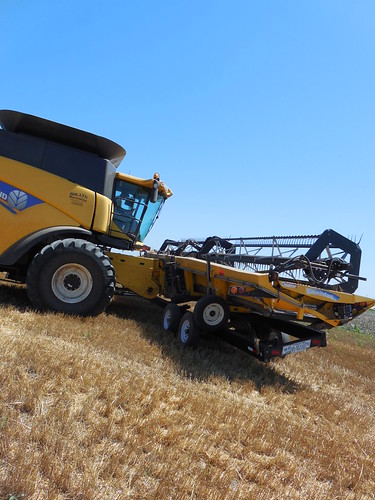 Brandon lines up to unload his header. 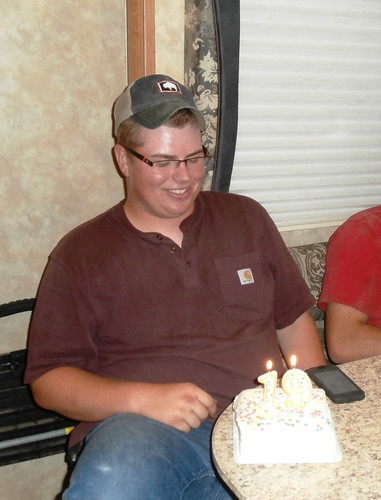 On July 11th Matt turned 19 years old! His birthday was spent in the field, but Mom surprised him with a cake to finish out the day.

Our Peterbilt “blew up and died” while trucking in Imperial. The next few photos depict the adventure it took to rescue it from the middle of the dirt road. 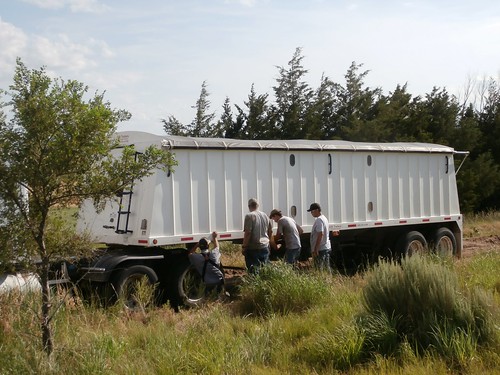 The first matter of business was unhooking the grain trailer. 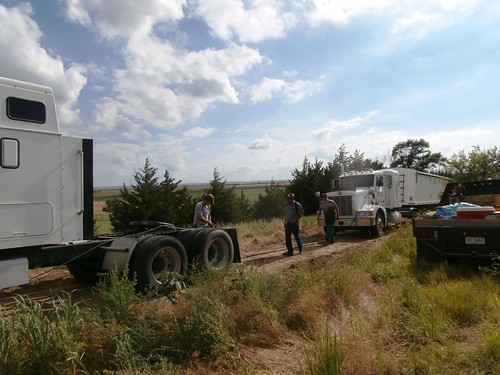 Then came hooking up the chains and tow ropes. 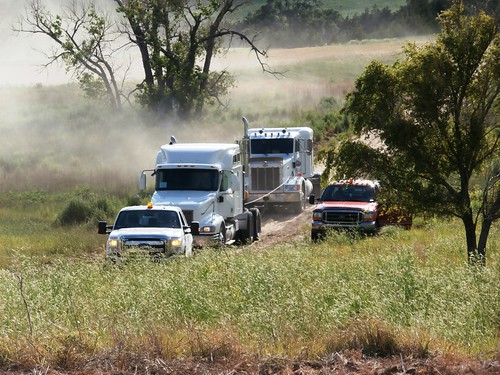 It was a group effort to get ol’ Pete pulled out. We used the other semi and the pickup for extra traction since there were multiple sand hills to climb. The road was too narrow to bring a combine down to help out. 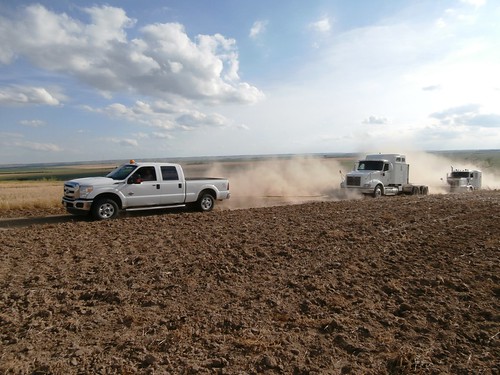 I think this should be in a Ford commercial! 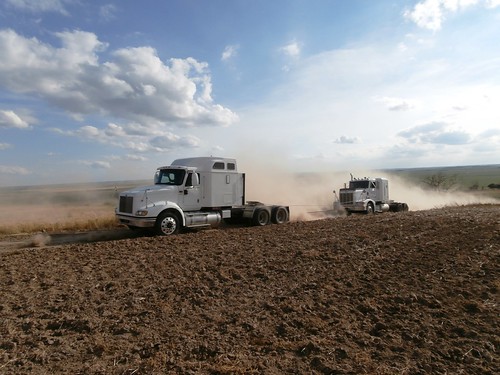 It was a success! The Peterbilt was rescued and after a bit of work is now up and running again. 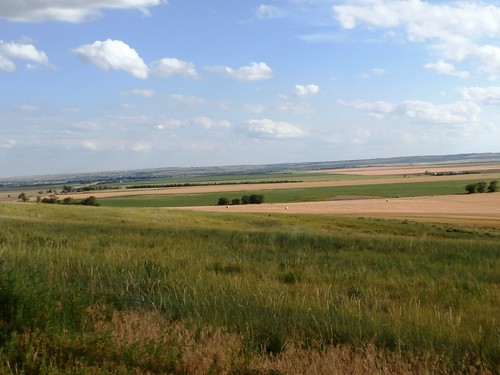 Nebraska countryside at its finest. We’ve spent many years watching fireworks and sunsets from this hilltop.