All Aboard Harvest | Pullin’ out the oil field trucks
8286
post-template-default,single,single-post,postid-8286,single-format-standard,qode-quick-links-1.0,ajax_fade,page_not_loaded,,qode-title-hidden,qode-theme-ver-11.2,qode-theme-bridge,wpb-js-composer js-comp-ver-5.4.7,vc_responsive

Thank you God, for the rain. We got just over three inches of rain in four days. We still need more, but every bit counts!

A third truck was called, and he was also in the ditch.

We were called in to save the day nearly 48 hours later. By the time we arrived the tow trucks were out, but the oil truck was still stuck. We brought in our grain cart tractor to assist. We had him out in 30 minutes. Not too shabby! 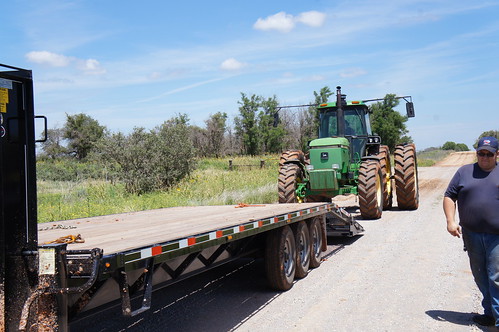 Unloading and getting ready. 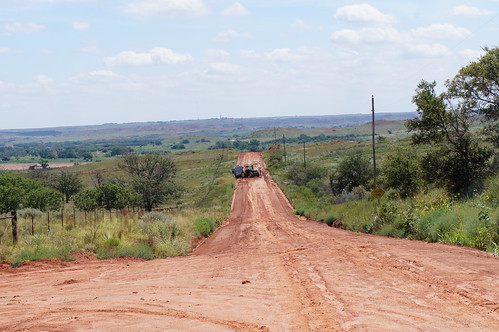 The pull has begun. 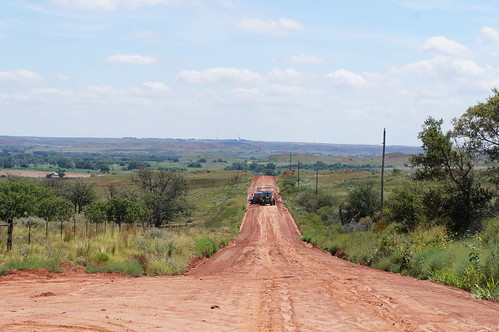 He’s out, but he still needs to get through a mud hole before he gets to the top of the hill. 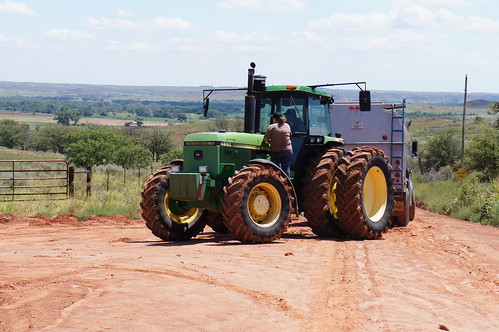 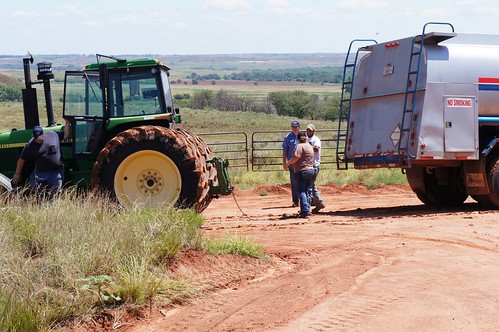 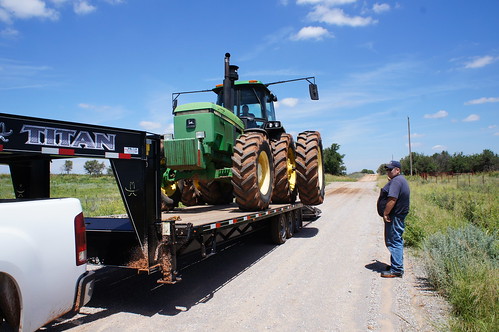 After our little excursion we loaded up, and headed to the second call.

When we arrived stuck seemed like an understatement. The frame of the truck was on the ground, the wheels were free spinning, and with a full load he weighed about 60,000 pounds. This was a challenge. 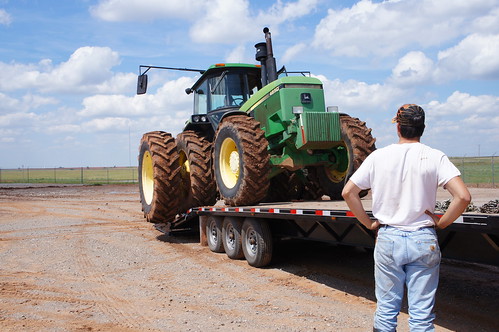 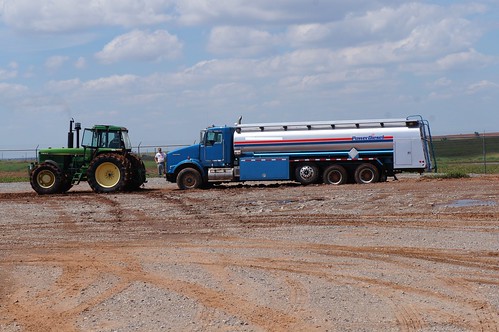 The front end of our tractor actually came off of the ground about six inches. Dan was taught well from my Daddy, doing everything by the book. He backed up, put weight on the tractor by lifting up the front of the truck a bit with the three point, then proceeded to pull him out. It was not easy, but in the end we were successful. 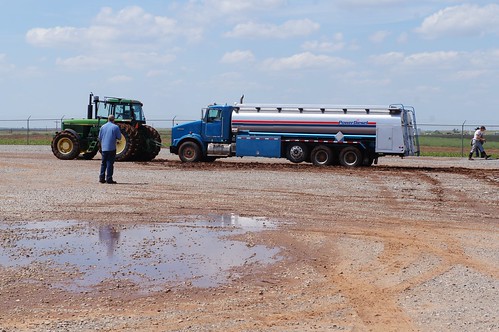 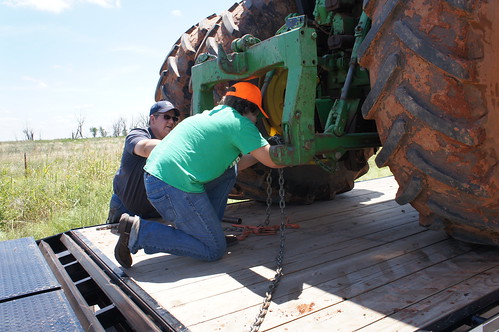 A quick lesson from Uncle Dan on how to properly chain a load. 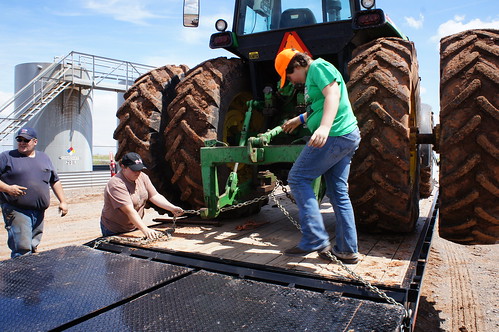 My niece, Clara, was good help that day.