At our final stop of the harvest season last year, we brought home a couple of cats to be mousers outside. With the help of my nephew and nieces, they named them Conway and Loretta. (Both girls, yes!) I built them a cat house to live the life of luxury, complete with an automatic feeder and two stories of loveliness 🙂 I think it’s safe to say if this were human size, it would be a plantation! The cats love it and sleep in it every day. 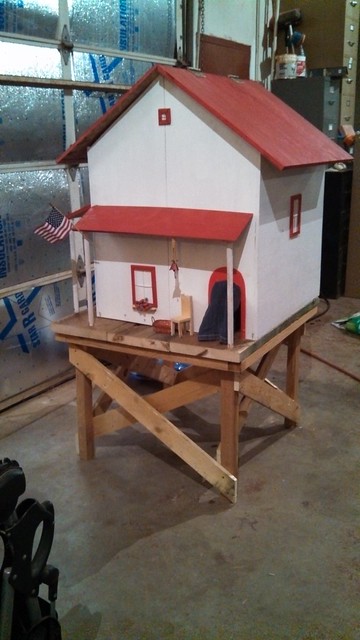 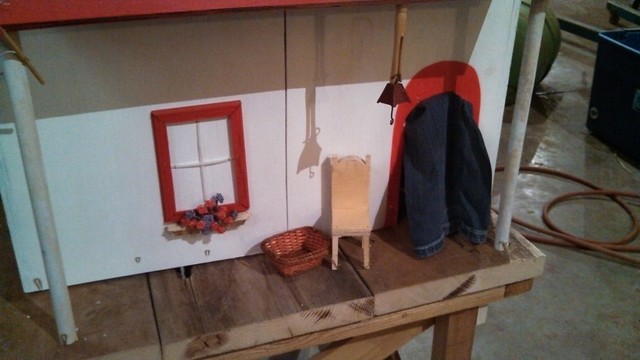 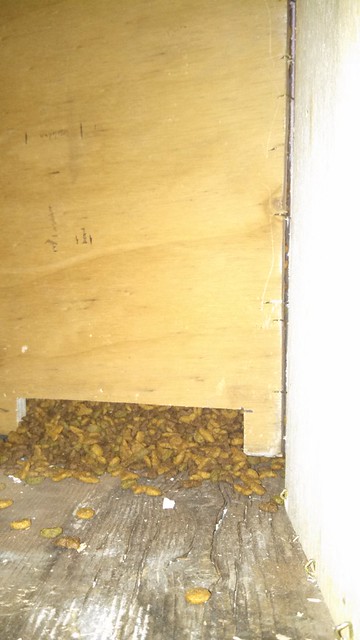 This is the downstairs complete with self feeder and… 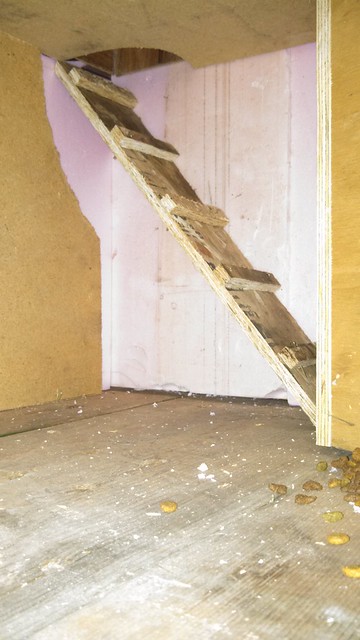 …stairs to the second floor! 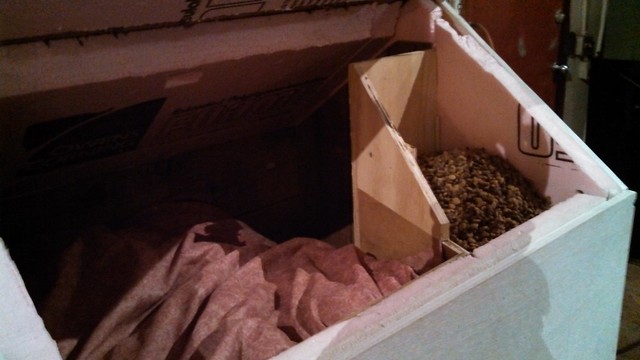 This is the upstairs. The roof pops up so it’s easy to refill the food. Insulated and all! Cool, right?

I noticed about a month and a half ago that both of our kitties were pregnant. Naturally I thought, well, what better place to have them than in that mansion of a house, right? Nope. Conway decided she was going to have them elsewhere. One morning, I went outside to find Loretta twirling amongst my feet, and Conway nowhere to be found. A cold front had come in that night, so I knew where she must be. She had babies. I looked in the cat house, I looked in the cardboard box outside, I even looked in the playhouse for the kids. Nowhere to be found. Finally she showed up, a lot skinnier, and after about 10 minutes of loving, she decided she should get back to her babies. I followed her to the back of the combine. Up and across the shaker pan and walkers she went. Over the augers and down toward the rock trap underneath the feeder house of the combine. That’s right, the tightest, most inconvenient place a cat could have her kittens. Apparently she didn’t know that she was putting her four newborn balls of fur in imminent danger. One click of a switch and POOF, they’re gone and you have kitty soup. 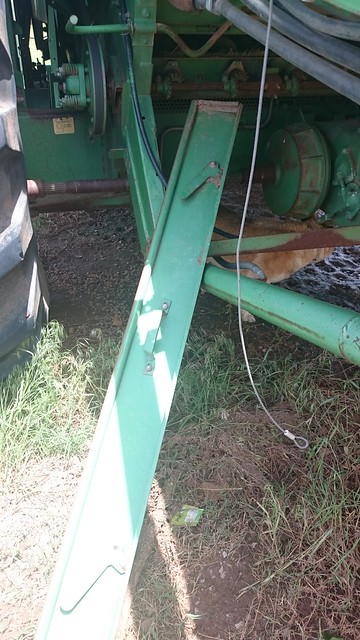 Here’s the shield we took off to get to the kittens. 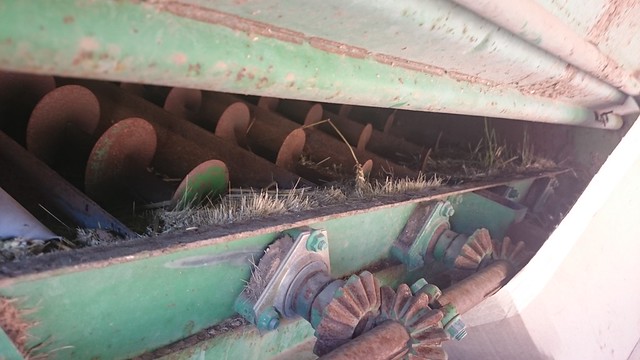 And this is where we found them—soft and warm wheat chaff!

Luckily, there is an access shield to the augers, making our job a heck of a lot easier than at first predicted! Three minutes later, Conway and her four fur balls were out of soup danger and in a doggie-proof safe place. She must have decided this was pretty OK, because she has yet to move them back. 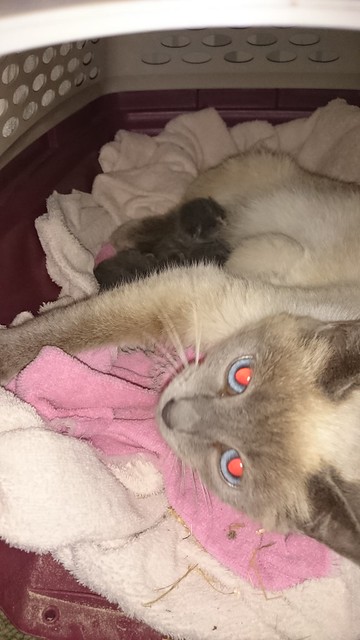 A week later, Loretta turn had come. She may have one eye blind, but she could see that the house I built was pretty dang spectacular! Anything you need right at paws’ reach. She had her three fur balls on the second floor, far from any danger. You the bomb, Loretta! 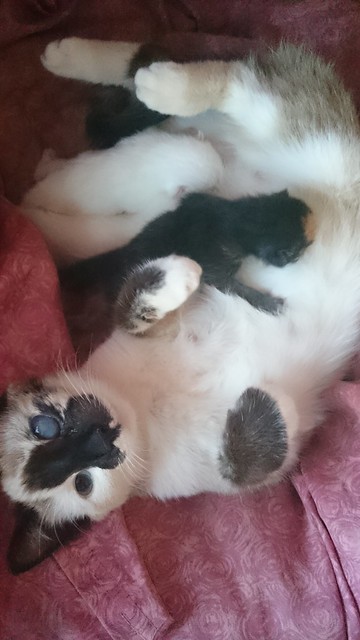