All Aboard Harvest | Wrap-up in Garden City
9348
post-template-default,single,single-post,postid-9348,single-format-standard,qode-quick-links-1.0,ajax_fade,page_not_loaded,,qode-title-hidden,qode-theme-ver-11.2,qode-theme-bridge,wpb-js-composer js-comp-ver-5.4.7,vc_responsive

Louisville, Nebraska/Garden City, Kansas—Another stop has come and gone for the Z Crew. Mom and Dad finished July 1 in Garden City, Kansas. Callie and I didn’t even get into the field! The farmer really must’ve done something right with his wheat. It was a phenomenal crop, but for a lot of the people in the area the wheat wasn’t much to talk about.

Mom and Dad’s best piece of irrigated wheat clocked in at 100 bushels an acre and a 60-pound test weight. There was a little irrigated that did about 60 to 65. The irrigated wheat was a bit of a hassle because the grain was dry but the straw was green. They had to cut the wheat going a top speed of 3 miles an hour so the sickle would cut the straw properly. But on the bright side it was flat ground with no mud!

In terms of dryland wheat, Dad talked to other people and there were reports all over the board. Our dryland went 40 to 60, but again, not everyone’s did that well. We just happened to cut some doggone good wheat. They had great cutting conditions with long days working until 10:30 p.m, leaving the field around 11 p.m. and then running to Garden City for a quick dinner.

Now that they’ve finished in Garden City, we’ve run into a bit of a problem. We were able to finish the acres so fast that we now have two weeks of free time before Limon, Colorado, is ready. That’s just the unknowingness of the job. Mom and Dad are using their harvest contacts and networks to find a space-filler job. For the moment Dad’s decided we may move up to the Goodland and Colby, Kansas, area and park in hopes of picking up some work. The next problem we will run into is that Colorado and Montana crops look like they’ll be ready at just about the same time!

Callie and I are doing well here at home. She gets back today from Chicago. Her Annual Report team placed fourth in the nation. Go, Cal! She’s a rockstar. I’ve been spending my time with Jamie, Nora and Eli. I’m dreading the goodbyes next week! Just a few more days and we’ll be back on the road.

We don’t have any big plans for the fourth here in Nebraska. We attended the local parade, swim and watch some fireworks! Down in Kansas Mom and Dad were joined by Jenna. I think they were excited for some new company! So from all of us in the Z Crew we wish you a blessed and safe Independence Day weekend full of great weather and fireworks.

(Thanks for the photos, Mom!) 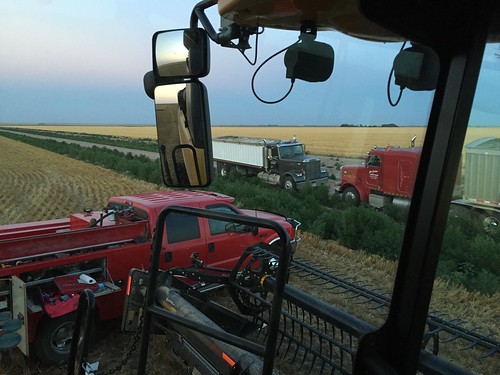 Wrapping up work at the end of a long day. I’m sure Dad was doing his nightly job of blowing off the combine. 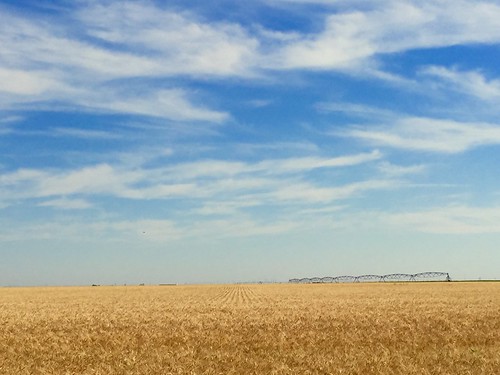 Garden City is probably one of the most beautiful, flat areas you’ll ever see. If you like wheat, you can’t help but like the landscape. 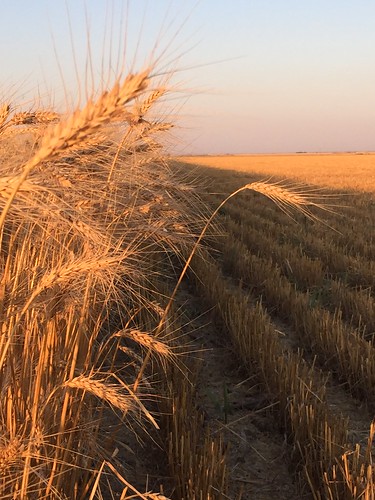 Ma really captured a great photo of the wheat during the “golden hour”!