All Aboard Harvest | From Nebraska to North Dakota
9690
post-template-default,single,single-post,postid-9690,single-format-standard,qode-quick-links-1.0,ajax_fade,page_not_loaded,,qode-title-hidden,qode-theme-ver-11.2,qode-theme-bridge,wpb-js-composer js-comp-ver-5.4.7,vc_responsive

06 Aug From Nebraska to North Dakota

Hemingford, Nebraska/Dickinson, North Dakota—Home harvest is slowly beginning to wrap up. In addition to the last of our wheat, my parents have several hundred acres of peas to finish harvesting. We’ve been plugging away but the last week has been filled with many breakdowns. In Brandon’s CR we are currently waiting on a pulley for the rotor drive, which means we can’t push the machine to its max. If we do, we end up plugging the rotors, which shuts us down for 15 to 20 minutes to unplug the slug. We continue to “baby” this combine until we get the correct parts in to fix it.

Meanwhile, Dad’s machine that had engine failure in Oklahoma earlier this summer continues to give us problems. It was returned five weeks ago and is still not performing as it should. Last week, Tim, a mechanic from our home town dealer (Alliance Tractor), spent several hours in our combine with a laptop downloading data on the engine performance. This ongoing engine problem is rather frustrating as the machine lacks horsepower, which drastically hurts our performance.

On July 26, Roland Harvesting made a split and sent part of the crew near Dickinson, North Dakota. Tiny and Joel left a day early to drop off a combine and header. They unloaded everything and headed back to Nebraska for the second combine. The next morning Brandon and Justin hit the road with the grain cart, service truck and grain trailer. Mom and I followed them with the pickup and camper. The trip went without a hitch until we hit a tremendous thunderstorm south of Buffalo, South Dakota. After calling it a night there, we made it to Dickinson, North Dakota, the following morning. Mom and I set up the camper, loaded it with groceries and zipped back to Nebraska to help Dad with the last of home harvest.

The following photos are from my time spent at home. 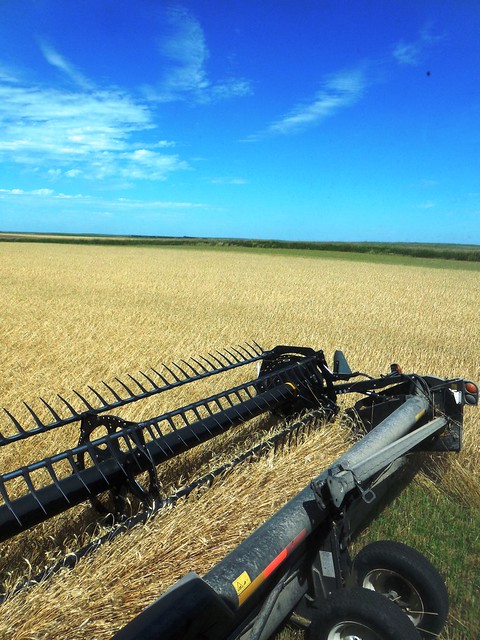 Perfect view from the combine cab. 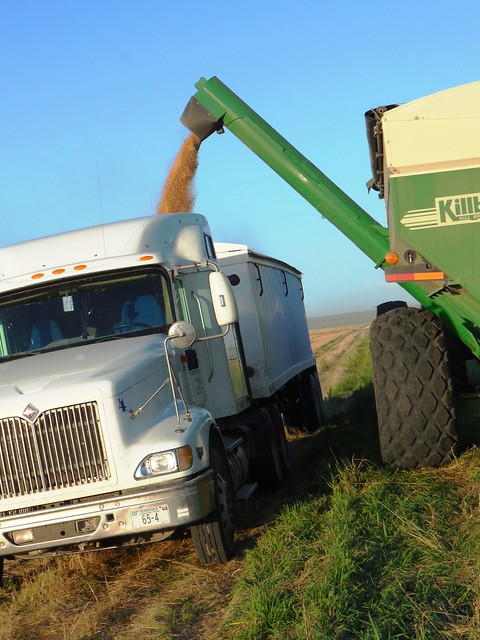 Justin lines the grain cart up with an empty truck to unload. 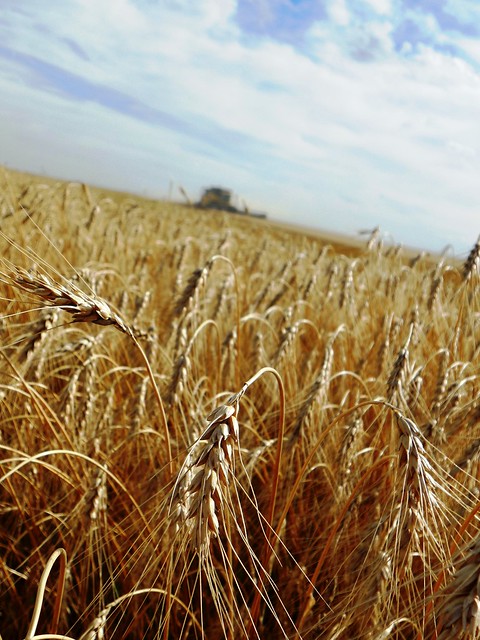 Brandon accidently photo bombed this view with his combine. And it actually turned out really cool! 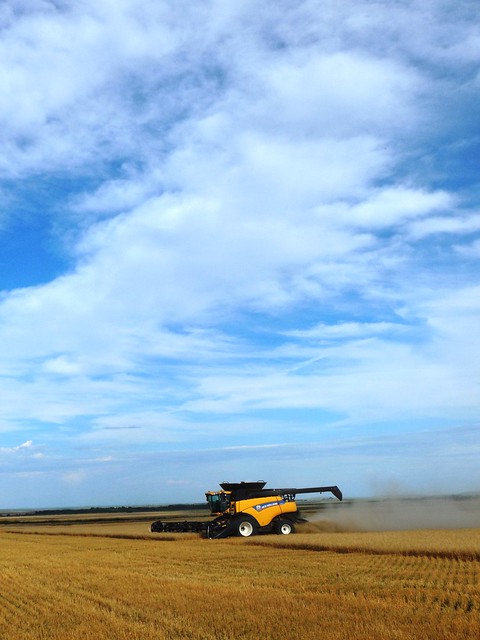 Dad opens up a field. 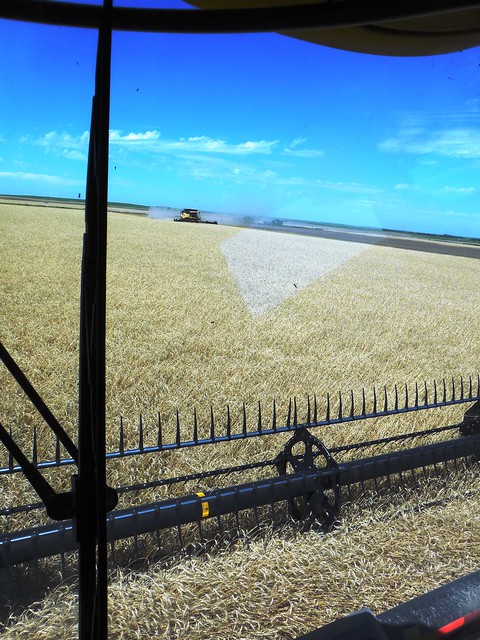 Mom and I cutting away contently. 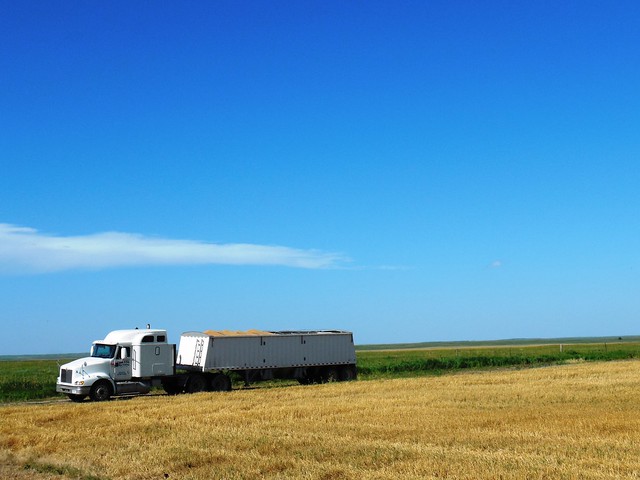 With the front hopper full, Ben waits for the back hopper to be filled before heading to the elevator in town. 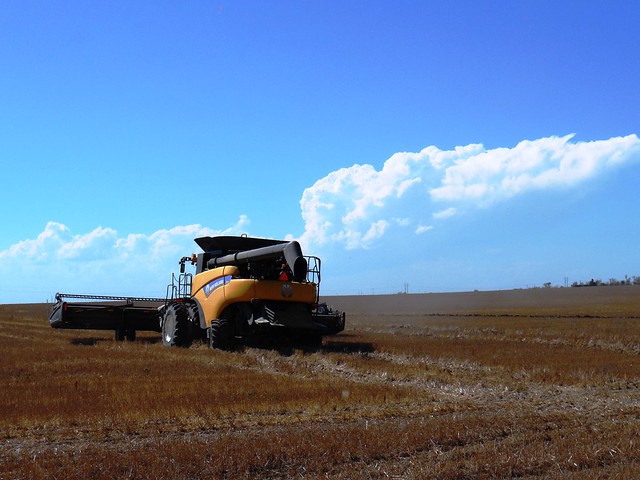 Things are slowly starting to dry out but we are continuing to fight mud from time to time. 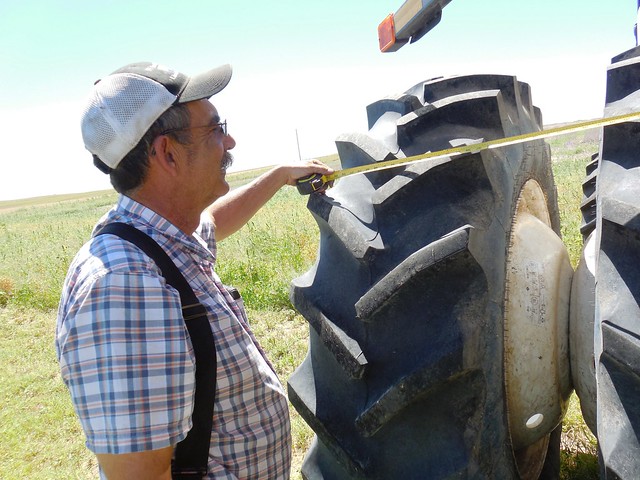 Dad measures the width of his combine duals to see if he can wiggle through a narrow gate. 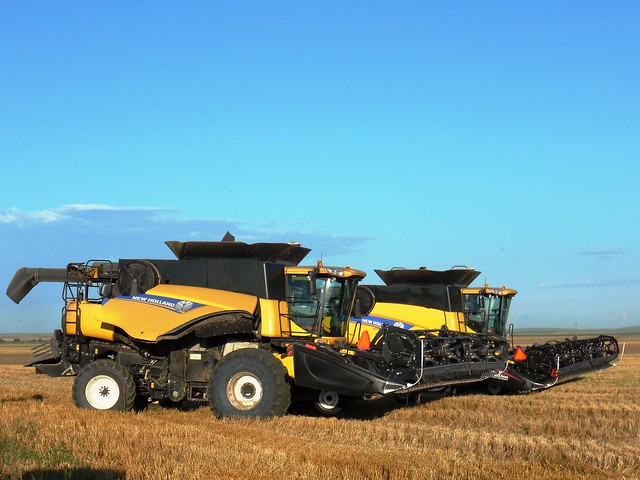 When the side hatch of the combine is open, it means either the machine is “broke down” or maintenance work is being done. In this case, Dad was checking the rotors that have been giving us grief lately.

After playing in the mud for weeks Brandon gave his combine a badly needed bath. Doesn’t she look all squeaky clean?

I was only able to catch part of the crew for this photo opp. Above: Dad, Brandon, Justin and Ben sport our new AAWH T-shirts. 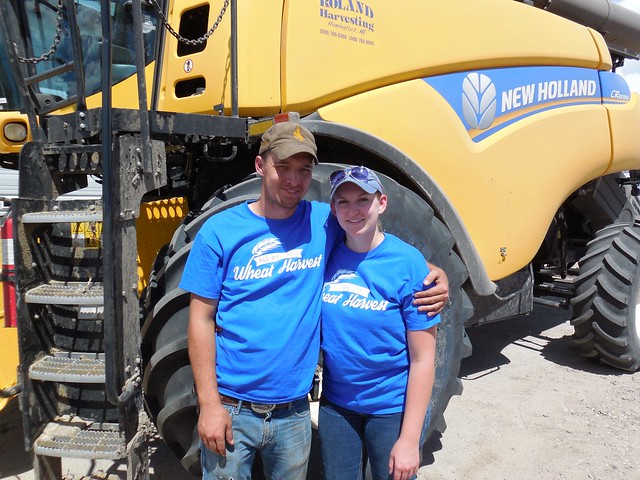 A little brotherly, sisterly love between Brandon and me. 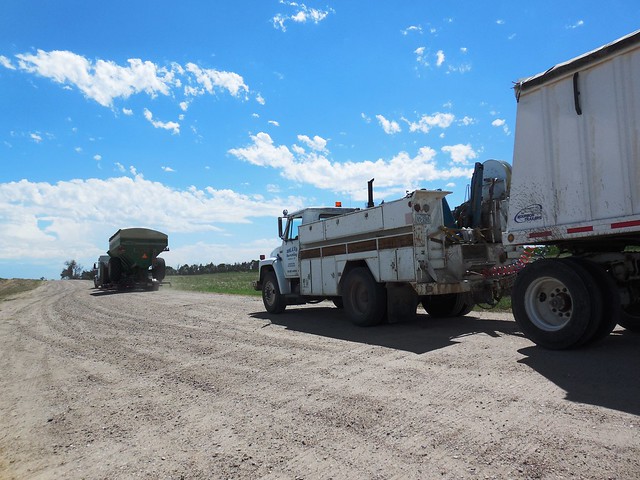 Part of the convoy all loaded up on the road and ready to head north. 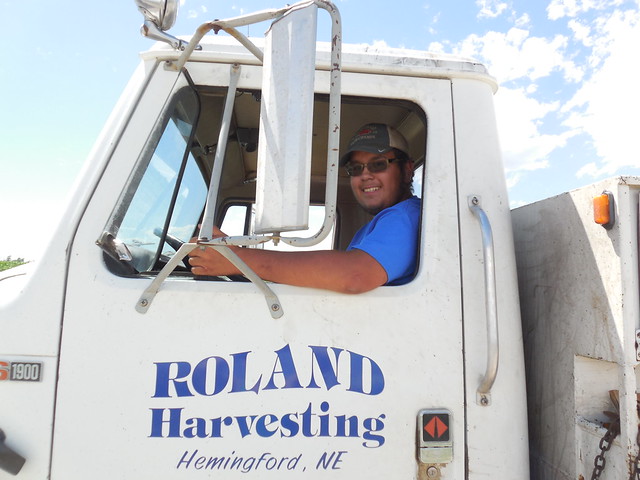 Justin is ready to hit the road in the service truck.

I was able to catch Joel in North Dakota since he missed the crew photo. He poses in front of their new home for the next few weeks.