All Aboard Harvest | The U-turn
9791
post-template-default,single,single-post,postid-9791,single-format-standard,qode-quick-links-1.0,ajax_fade,page_not_loaded,,qode-title-hidden,qode-theme-ver-11.2,qode-theme-bridge,wpb-js-composer js-comp-ver-5.4.7,vc_responsive

Harvest is full of goodbyes and hellos. It starts early pre-season when crew members leave their families, friends, and sometimes significant others to start their adventure.  It happens throughout the season with our customers and other acquaintances when we come and go from our respective stops. It even happens with our own family and friends back home and when we are separated from Ryan at times.

Little Man and I finally broke away from the crew some time back. We decided the extra 800 miles north from Colorado was just too much to go this year with a toddler and having to get back for my prenatal appointments. It was tougher to leave than I thought. Due to Ryan’s job and now with the harvest crew in addition, we’ve said lots of hellos and goodbyes over the years. We typically don’t get overly emotional about it (maybe to a fault) because it is just the way it is and it happens so often that we’d be an absolute emotional mess all the time if we did.

So, after packing our carload of stuff and tidying up the camper, it was finally time to head east toward home. To put it mildly, it was a tough goodbye. I hadn’t even made it out of the city limits when I started second guessing our decision. It was already getting late in the afternoon Mountain time, which meant I’d lose an hour going east and would get home around 11. Was it really necessary to be traveling after dark if I didn’t need to? Did I really need a full day to regroup at home before appointments the next day followed by marathon travel weekend to make my folks, then a former student’s wedding (and later we learned funeral)? Is it always necessary to be so darn practical? Needless to say, I made an uncharacteristic phone call to Ryan to let him know I was considering coming back and he uncharacteristically said that was a great idea and I probably should. So, I looked for a safe spot to turn around on the highway, made a U-turn, and headed back.

Why did we let our emotions get the best of us this time? Maybe it was because we didn’t know how long the final wheat run would last (and still don’t). Maybe it was the realization that Little Man is growing and changing so quickly these days and our family will be growing soon. Maybe it was the fact that it was a week of birthdays and anniversaries some of which would have to be celebrated apart. Maybe it was remembering the one-year heavenly birthday of someone who left us too soon and too young. Maybe it was the knowledge of the fragility of life due to a family friend’s daughter/sister that was fighting hard in her battle with cancer (and we would learn the next morning that this young mother and wife went to be with Jesus in the night).

Sometimes in life it is OK to not be so practical. Ryan and I are learning more all the time, through good times and the bad, that our position here on earth isn’t permanent and we’re not invincible. One shouldn’t live in paralyzing fear of the future, but one can live life to the fullest under the circumstances they’re given. I haven’t always slowed down in life to be a little unpractical when I should have, but I’m so thankful that this time I listened to my heart and went back—even if only for a few more hours of together time.

I pray that the next time you feel the strong urge to slow down and do the unpractical, you will do it as well. I bet it will be a decision you won’t regret. 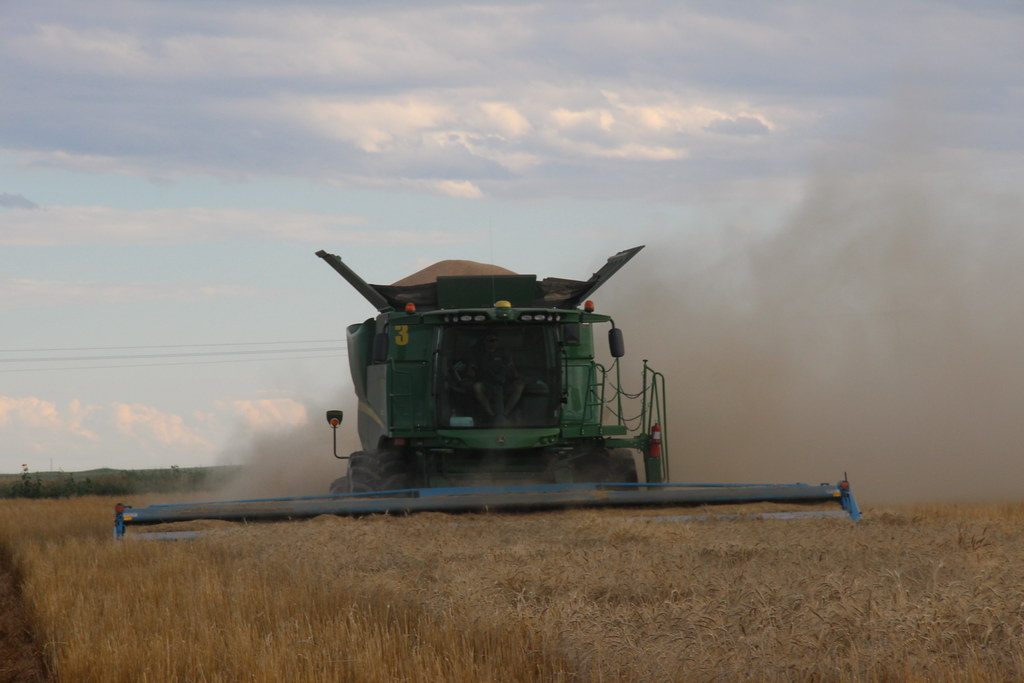 Little Man and I waiting for one last ride in the combine for the wheat harvest season. 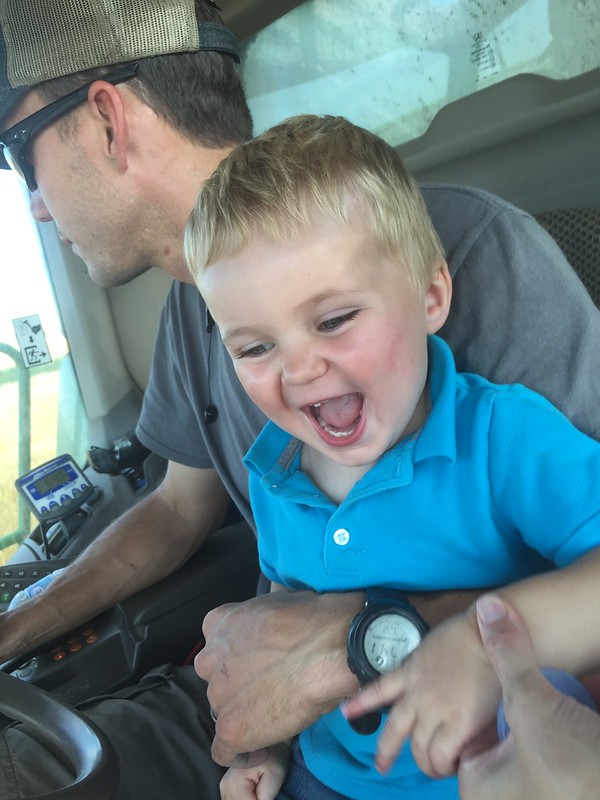 And to think, this fun moment came close to not happening!  (Despite the expression captured in the picture, Ryan was thrilled to have us back!) 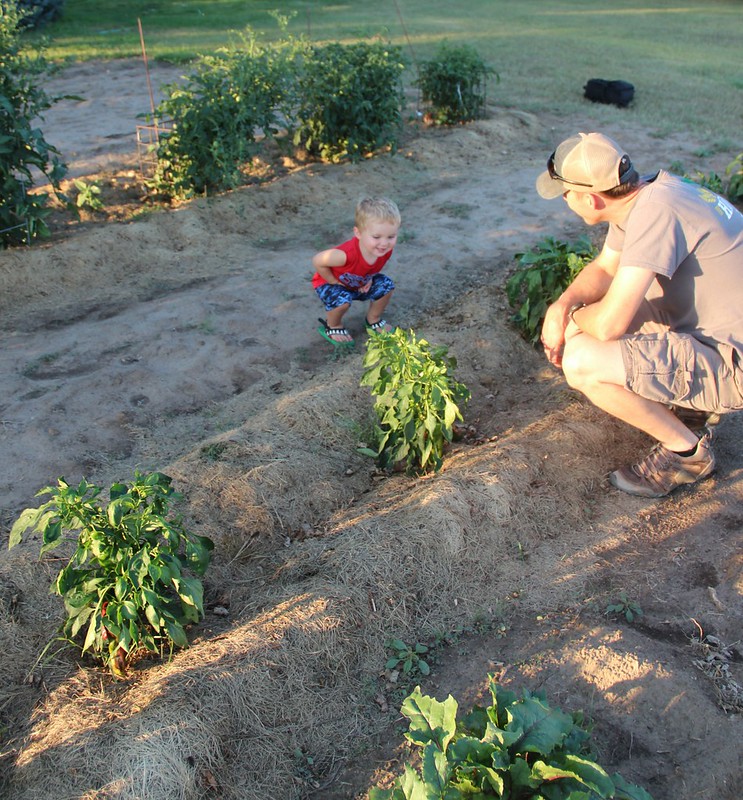 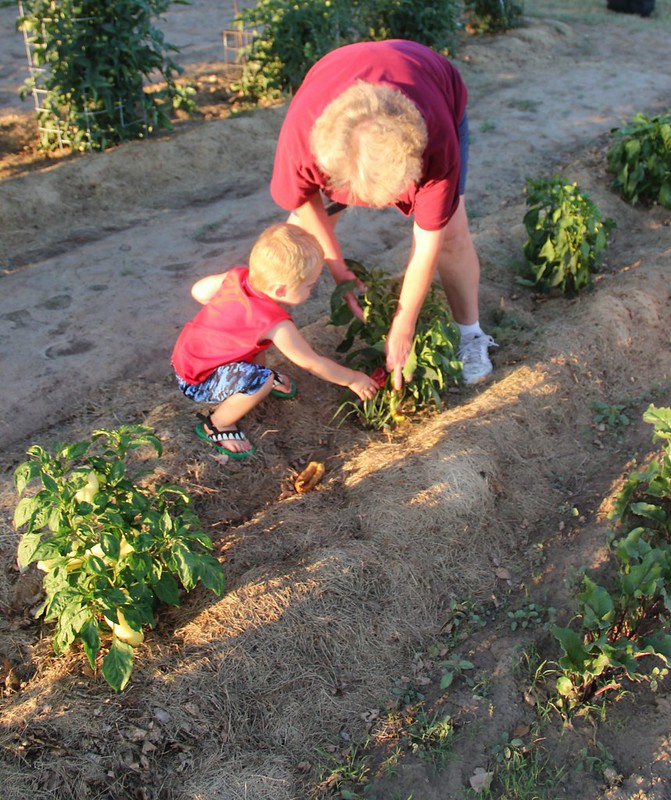 Ironically, without knowing the situation, our farmers called to invite us to dinner as we were making the decision to turn around. It was a great evening of food and fellowship and Little Man even learned to pick peppers in their garden. 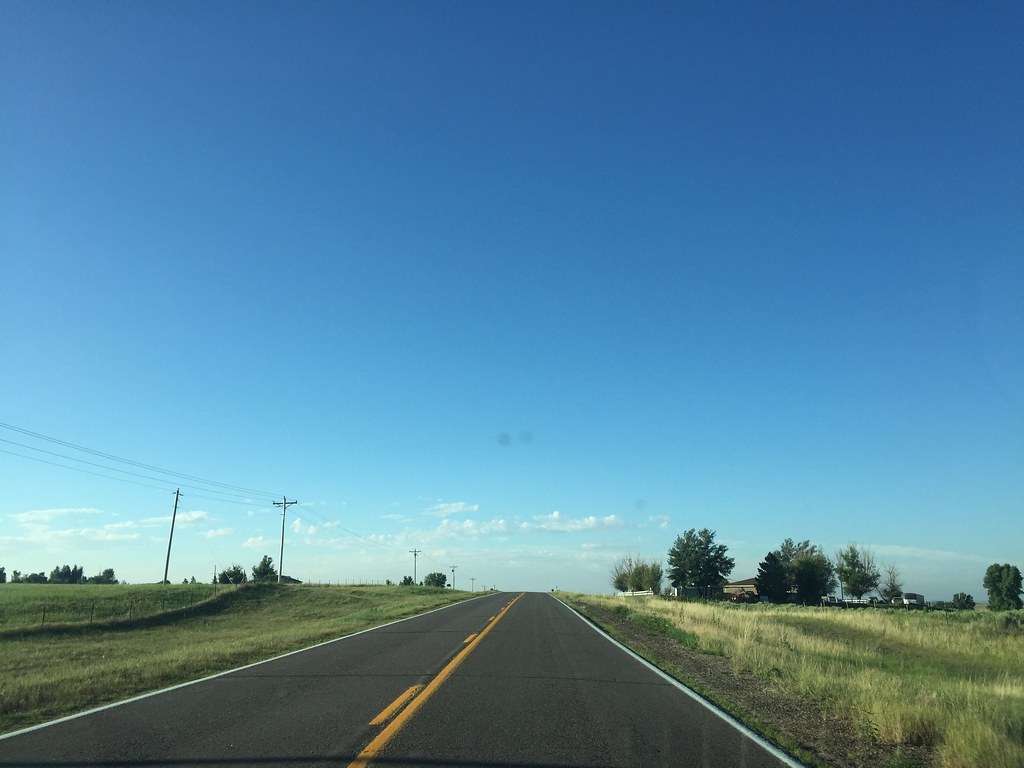 It couldn’t have been a more beautiful morning for our trip home and gave us encouragement for our time of separation. It sure beat driving home sad and in the dark!