St. Francis, Kan. – It is always a sad day in the neighborhood when we leave St. Francis, but the time has come. Finishing up the last couple days has been a bit of a gamble when it comes to bringing trucks to town. The equity has two different locations in town and since the wheat is so spectacular, they’ve both filled up ahead of schedule. They were loading trucks to get wheat out but the full trucks were coming back just as often to put them right back at the top of the bins. The nice humans working in the scale-house kept telling us “this next load might be your last” so we knew we were trucking on thin ice.

While combining our last 80 acres, those words became a reality. We were told at both equity locations that we weren’t allowed to come back until the morning. It was only 4:30 p.m. and we only had 35 acres left. We began to go through the possibilities of where else we could haul to instead. It came down to adding 20 miles to the already 20-mile haul or driving 15 miles through solid road construction only to get in line behind 10 trucks to dump on the ground.

It was decided that I would go the route of road construction and “see how it goes,” as Dad put it. Let’s just say I would have rather not seen how it went. Two hours later, I returned to the field where both combines were loaded to complete bin capacity. However, the field was finished! Want to hear the best part? It rained 2 inches on that field last night so at least my little trucking adventure was not done in vain. All of our farmers in this area had a great crop (80-bushel average, 62 pound test weights) and we were able to pick up a few extra acres, bringing us to five farmers we had the pleasure to cut for around St. Francis.

I have to tell this little story as well because I can honestly say this is a harvest first. We had a farmer not only find us a neighbor to cut for but also told us that since we were right across the road from said neighbor’s field, we could move off his field to do his neighbor’s piece and then just move back onto his fields after. See, this is strange, irregular behavior because not wrongly so, farmers would rather have their wheat off yesterday come harvest time. People have such a way of surprising you.

See you up the road at our next stop—Big Springs, Nebraska!

Quote of the Day – “The best kind of prize is a surprise.” 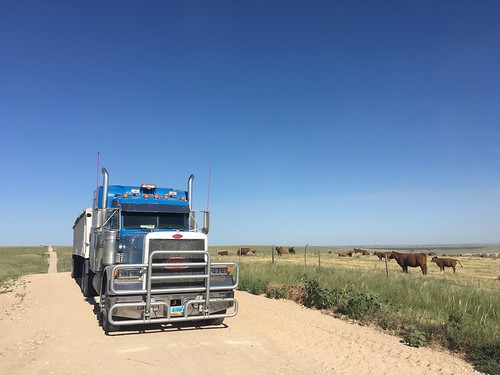 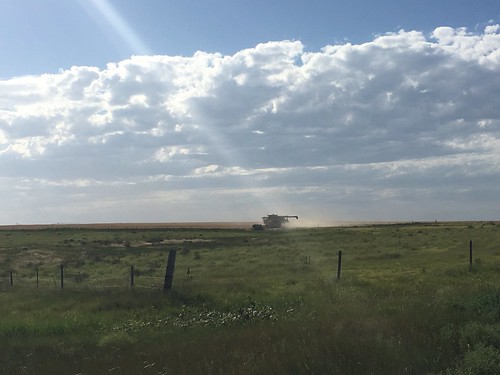 On top of the hill. 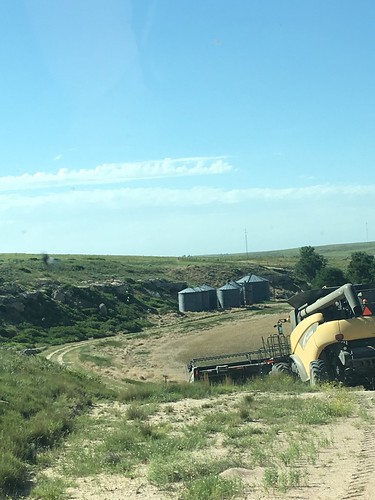 Heading down a rather steep decline. 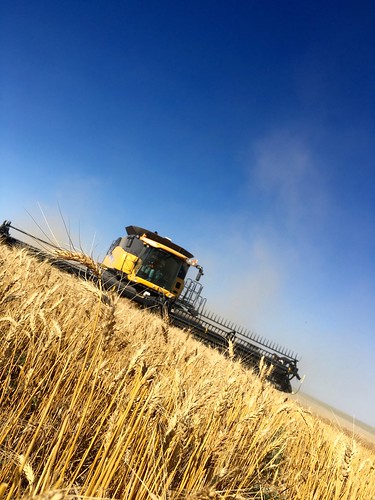 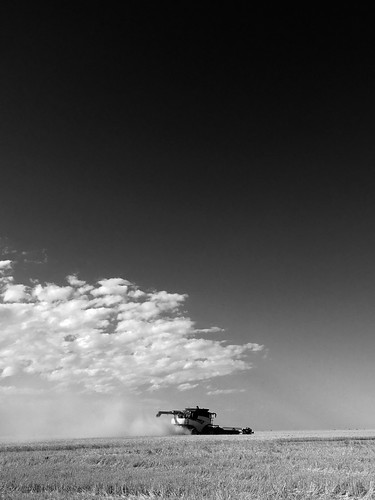 A combine in black and white. 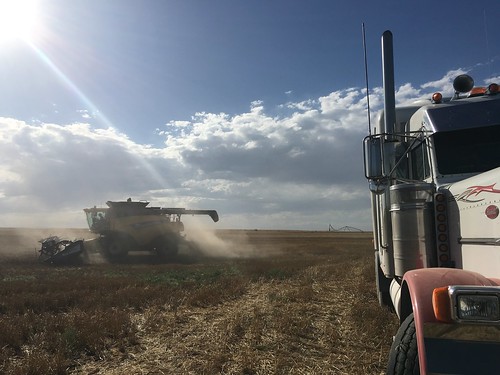 The sun did some cool things this day. 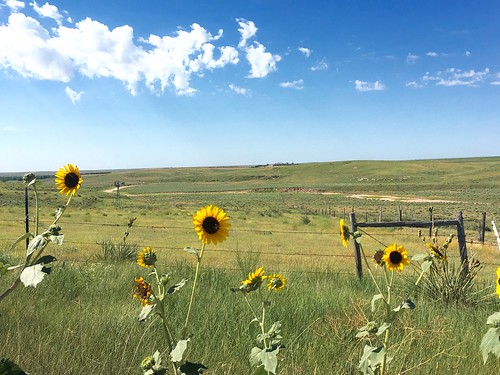 Love the countryside out here. 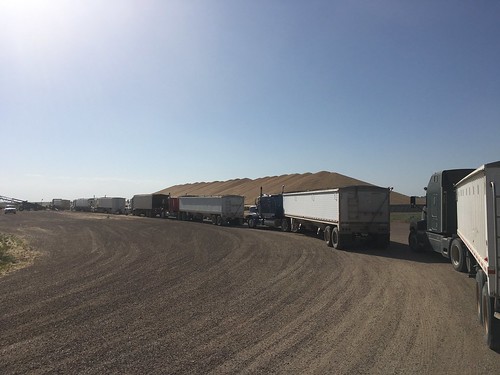 Some long lines at Scoular in Idalia, Colorado. 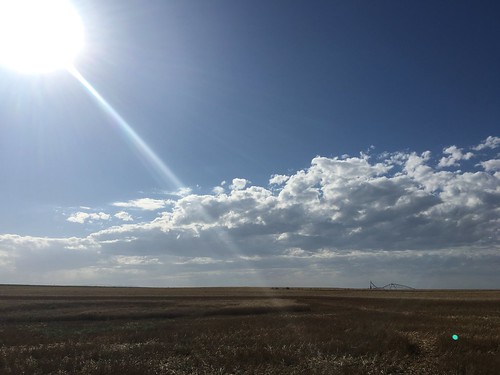 The sun did some cool things this day too. 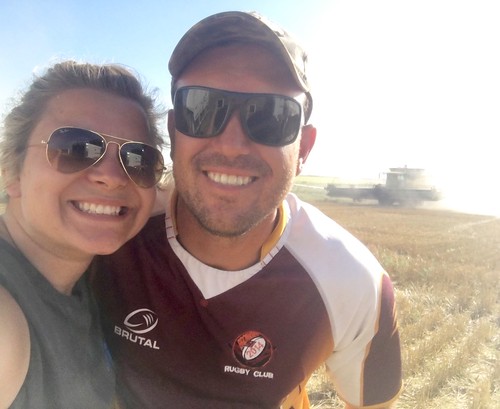 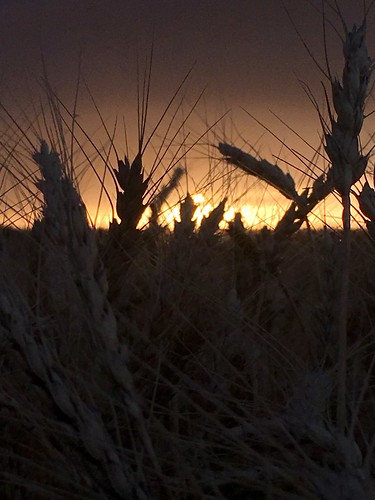 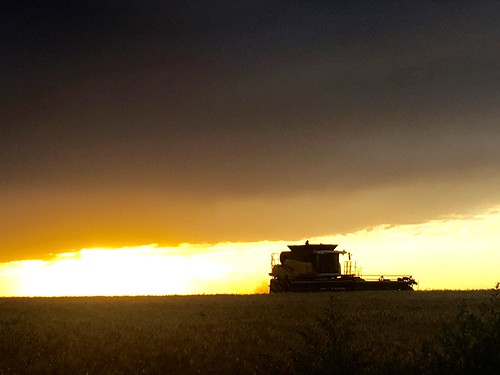 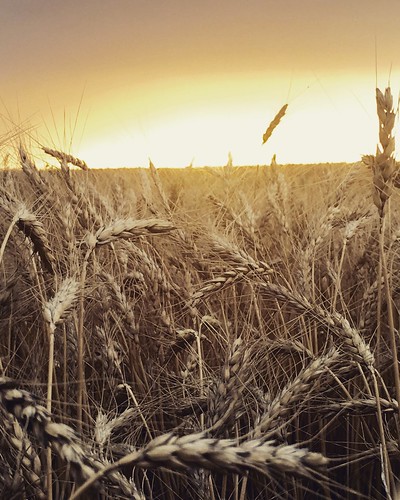 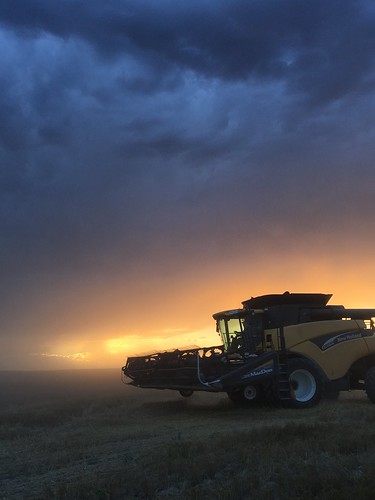