All Aboard Harvest | Visitors (YAY!) and Vacation (sort of)
13596
post-template-default,single,single-post,postid-13596,single-format-standard,qode-quick-links-1.0,ajax_fade,page_not_loaded,,qode-title-hidden,qode-theme-ver-11.2,qode-theme-bridge,wpb-js-composer js-comp-ver-5.4.7,vc_responsive

Monte Vista, Colorado –
When Jim and I began our harvesting business and we left home for the summer, it was something new to family and friends and we always had visitors. As the years went by, the “fun” wore off and the number of visitors just sort of dwindled…except for the kids. Being away from home also means being away from friends and family. It was always a welcome treat to have someone from home show up. It still is. When we leave home, we don’t usually make it back until we show up just in time for the fall harvest of corn and soybeans. This is usually late September/early October.

We received a phone call after we left the field late Thursday afternoon from Jim’s cousin, Dwayne. He and his wife, Linda, were on their way to Utah for vacation and wanted to stop in and say “hello.” We told them we were in town (Monte Vista) and we’d wait for them in the parking lot of a store on the edge of town. Once they arrived, we piled in our service pickup and took them on a tour of the area. Dwayne and Linda farm and were interested in seeing the different crops – and the hay – in the Valley. We eventually ended up at the field to show them the equipment and what the barley looked like. 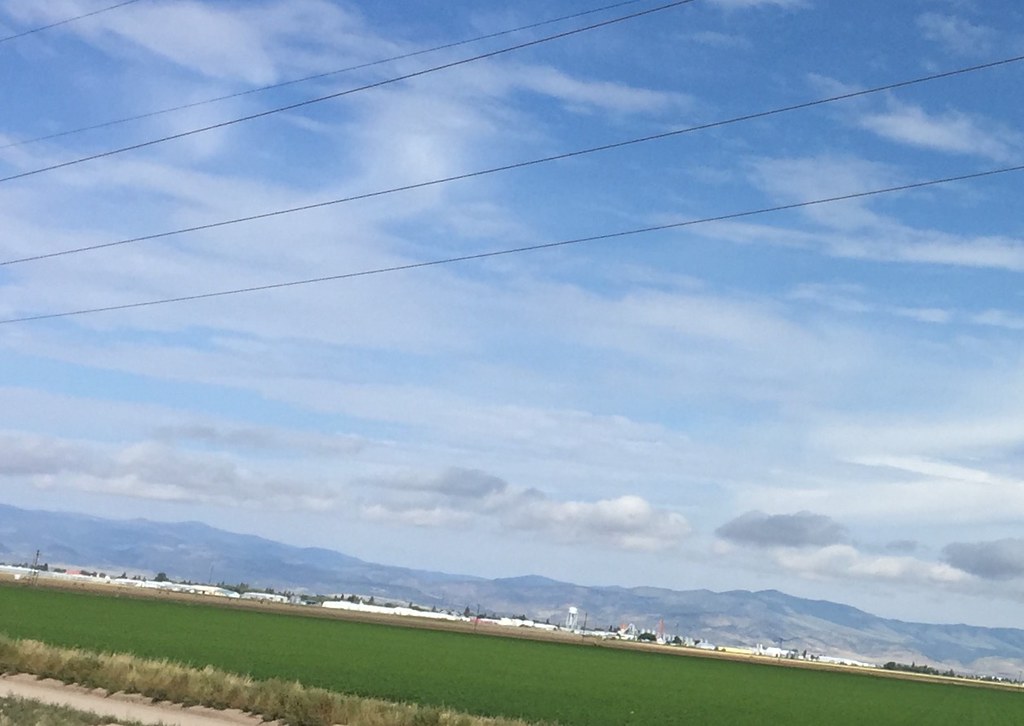 The town of Center, Colorado. 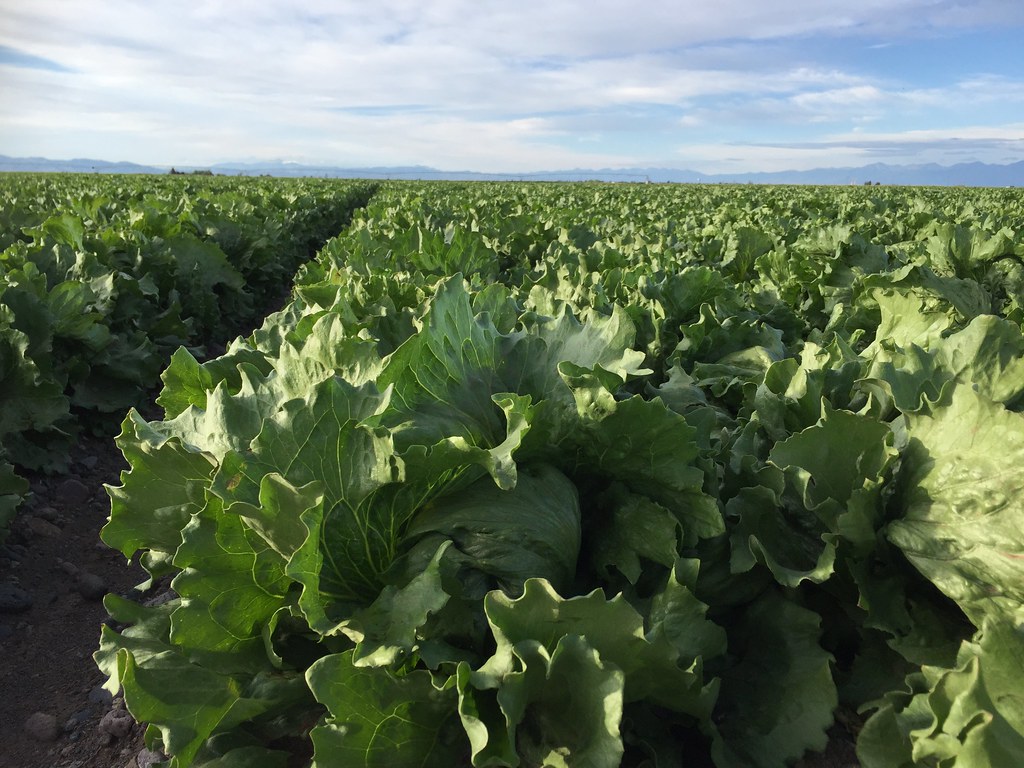 One of the many different crops we looked at was iceberg lettuce. 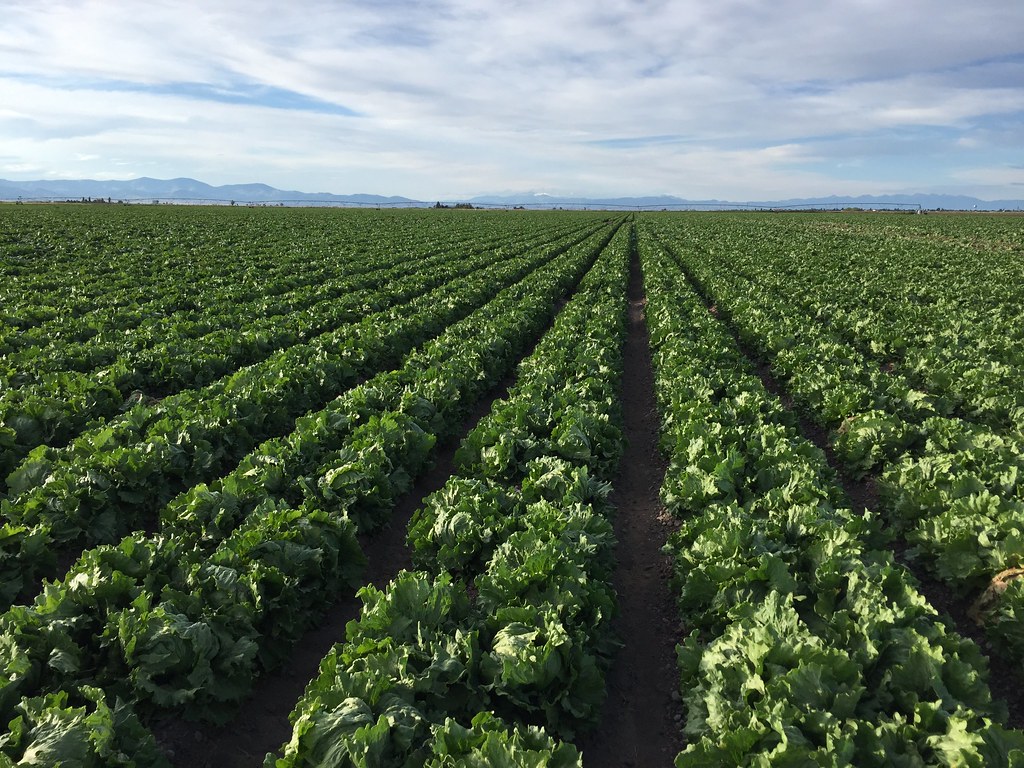 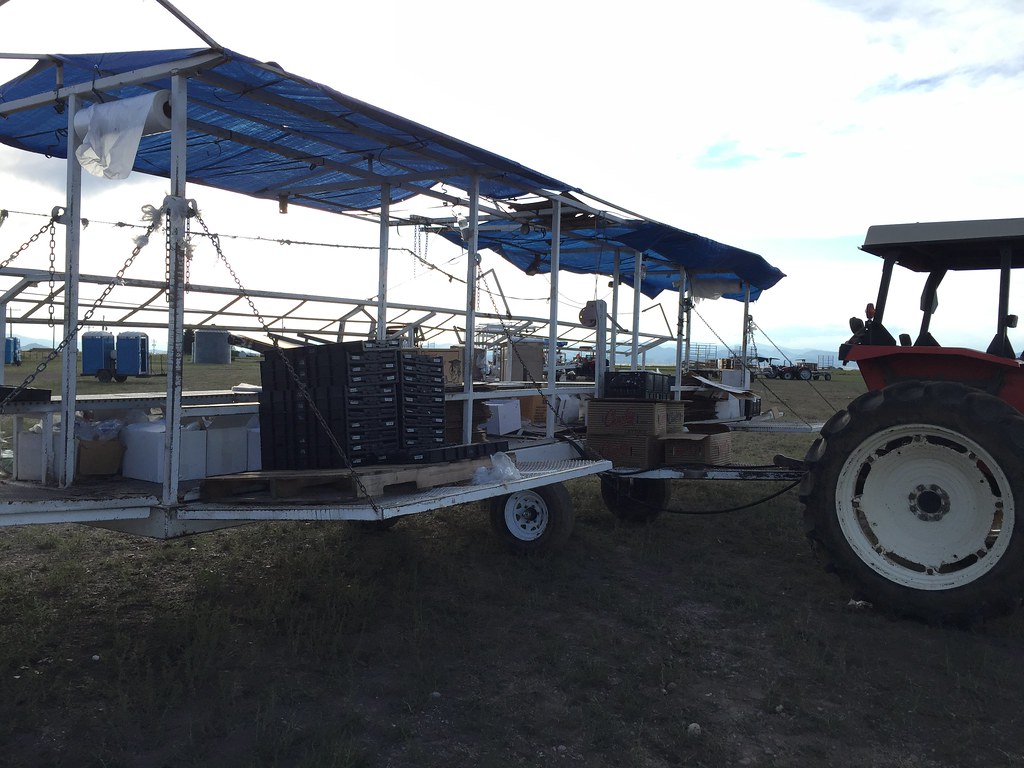 One of several pieces of equipment used during lettuce harvest. Lettuce is manually harvested and machines are used during the packaging process – all in the field. I don’t honestly know the steps involved in harvesting the lettuce. I would like to watch the process sometime…if possible. I just know it looks like a large party in the field! 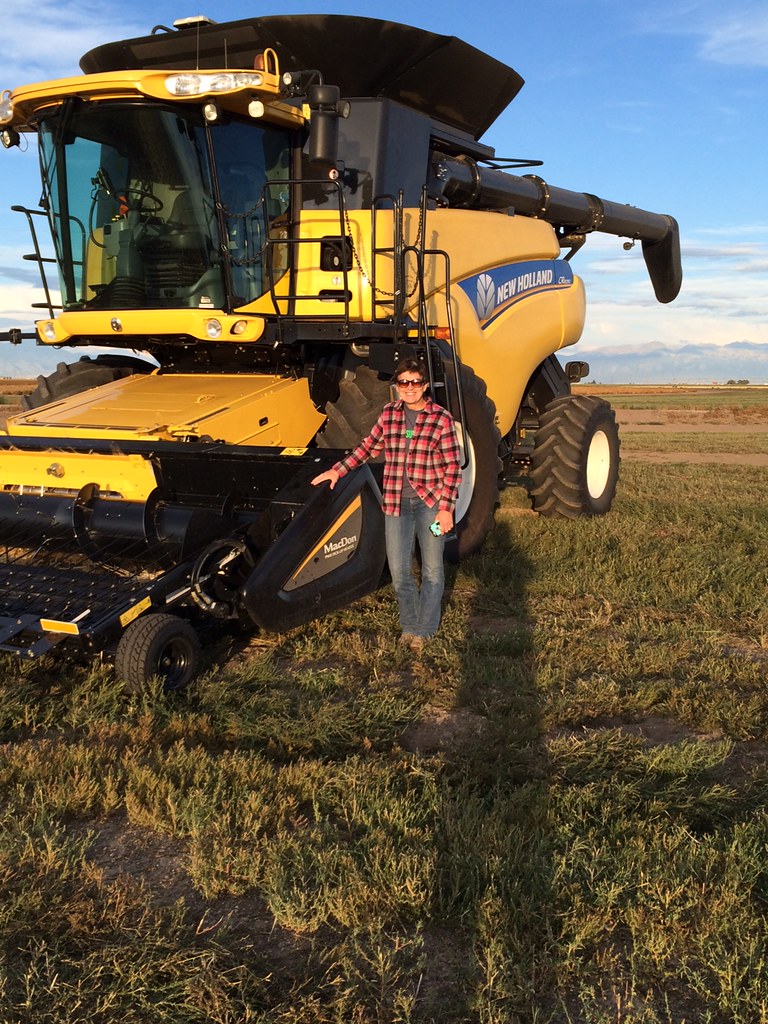 Me and The Beast – picture credit goes to Linda Lutz. Thanks, Linda! I don’t have many pictures of me on harvest. ? 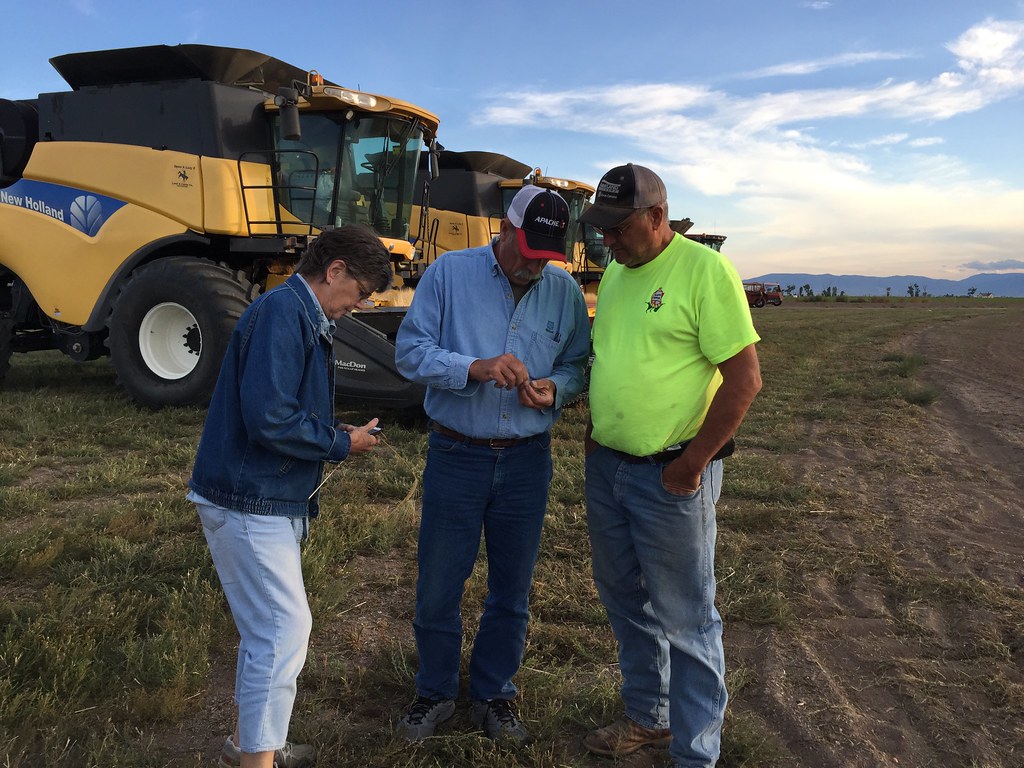 Linda, Dwayne and Jim checking out the barley. 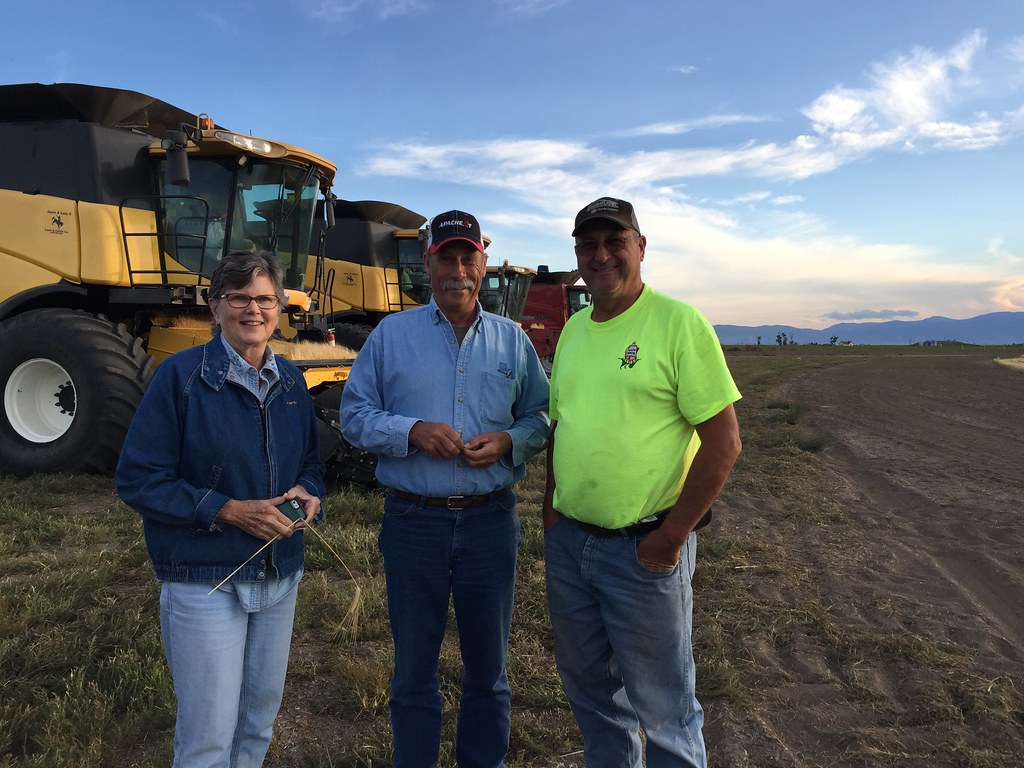 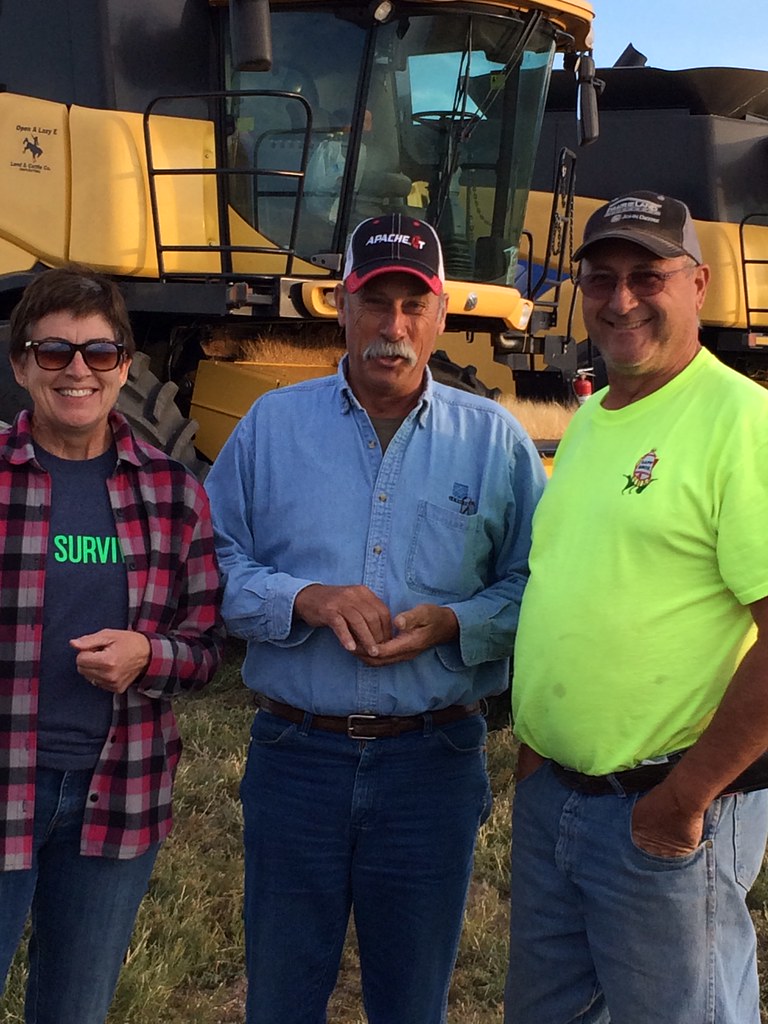 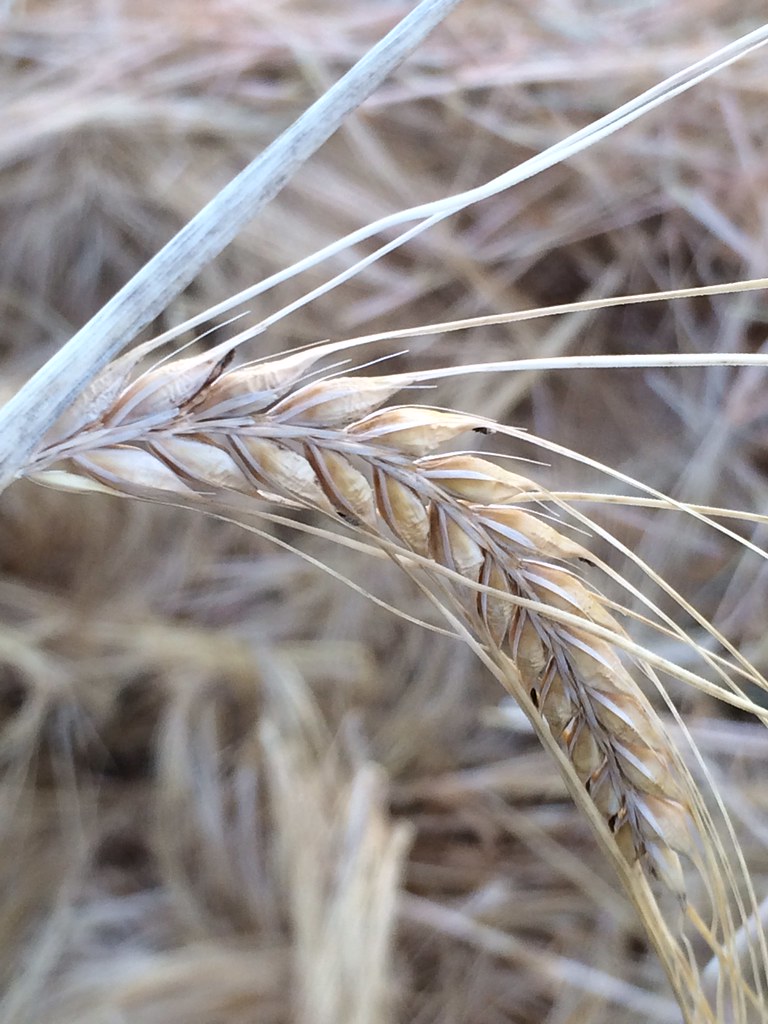 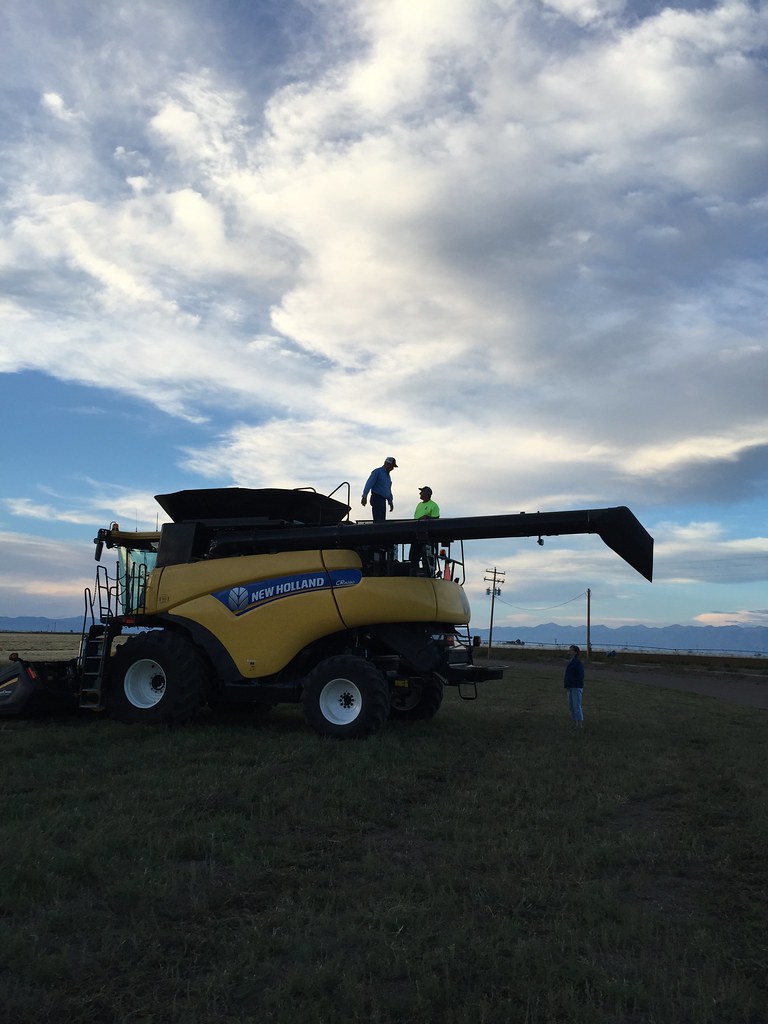 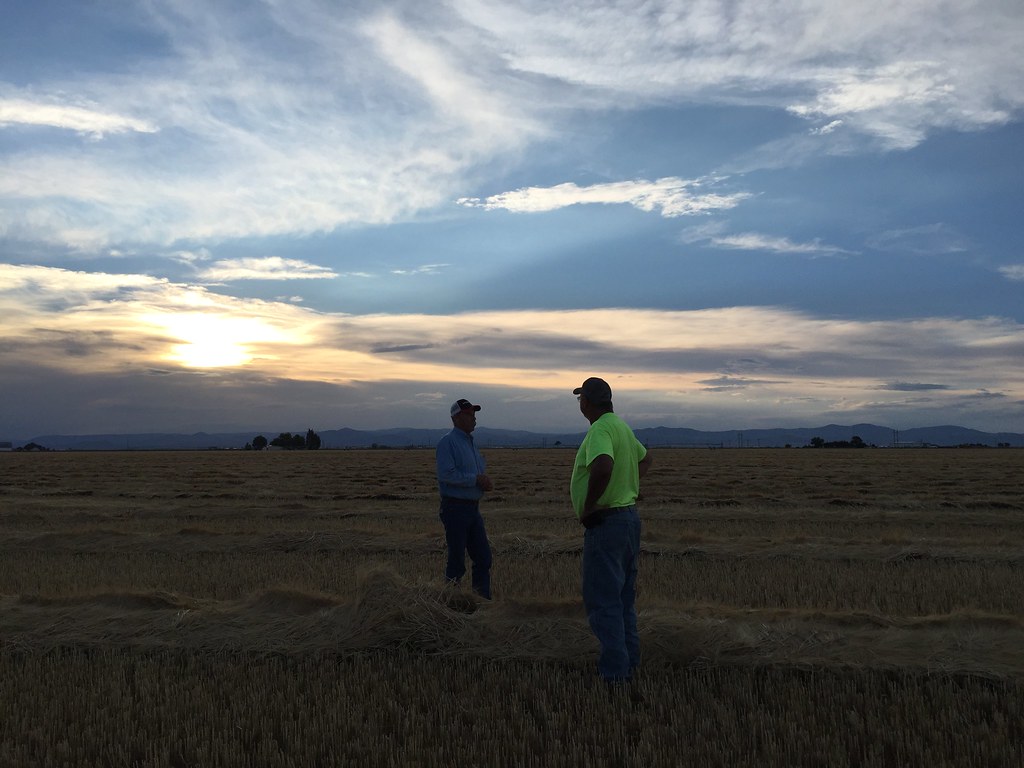 We had such a nice time visiting with Dwayne and Linda! And so thankful they stopped in! After convincing them to spend the night at the same motel we are at, we went to Del Norte for supper. We sat in the pickup and visited after we got back to the motel. Linda and I made our escape and went back to our rooms, leaving Jim and Dwayne talking up a storm. I think they finally called it a night about an hour and a half after Linda and I left. I Guess they were enjoying themselves and lost track of time.

They left Friday morning and were going to make their way to Utah. They had no destination in mind and no deadline. I sort of envied that! Being able to take off and go and see and do and stay as long as you wanted to sounded like a great time to me. And they were planning on camping. That’s something I really miss getting to do. We didn’t haul our camping stuff this year since the girls weren’t going to be with us.

Thanks for stopping to see us, Dwayne and Linda! I hope you had a great vacation!

The morning sky was thick with clouds and it was cold. We didn’t see how it would be possible to be back in the field so Jim agreed to take a drive through the mountains. I was to pick the route and we’d just spend the day touring. We stopped in South Fork for an early lunch before heading to Creede. Once we arrived in Creede, we visited their underground mining museum. The town was cute and full of fun little shops but there was no stopping and shopping! 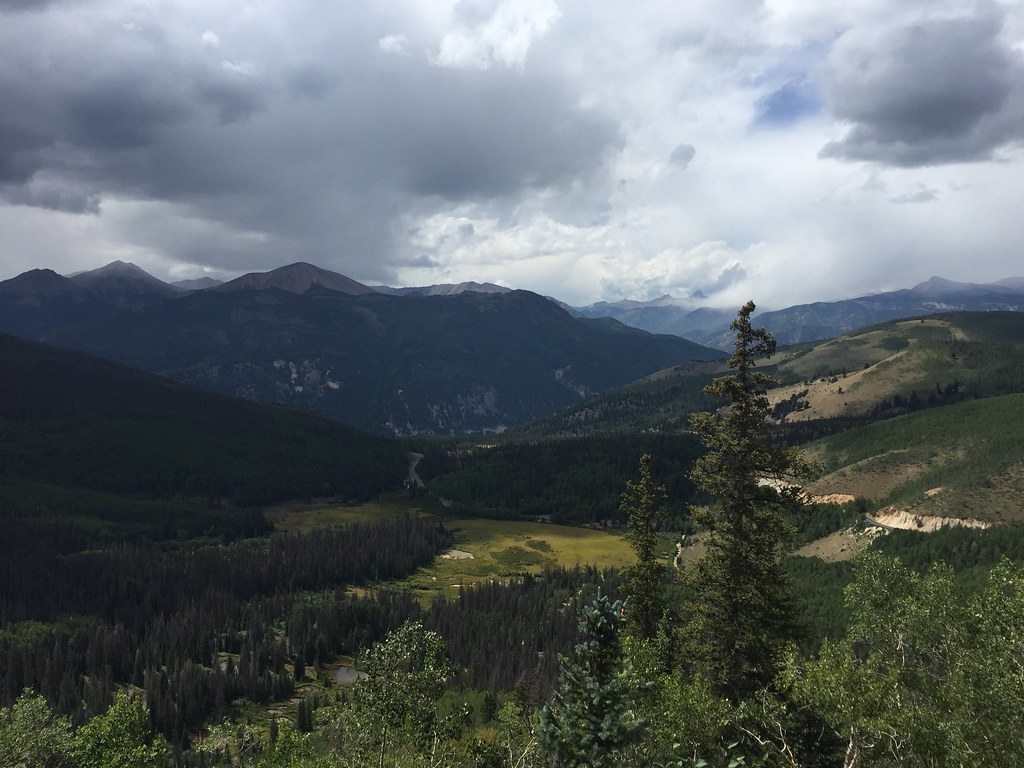 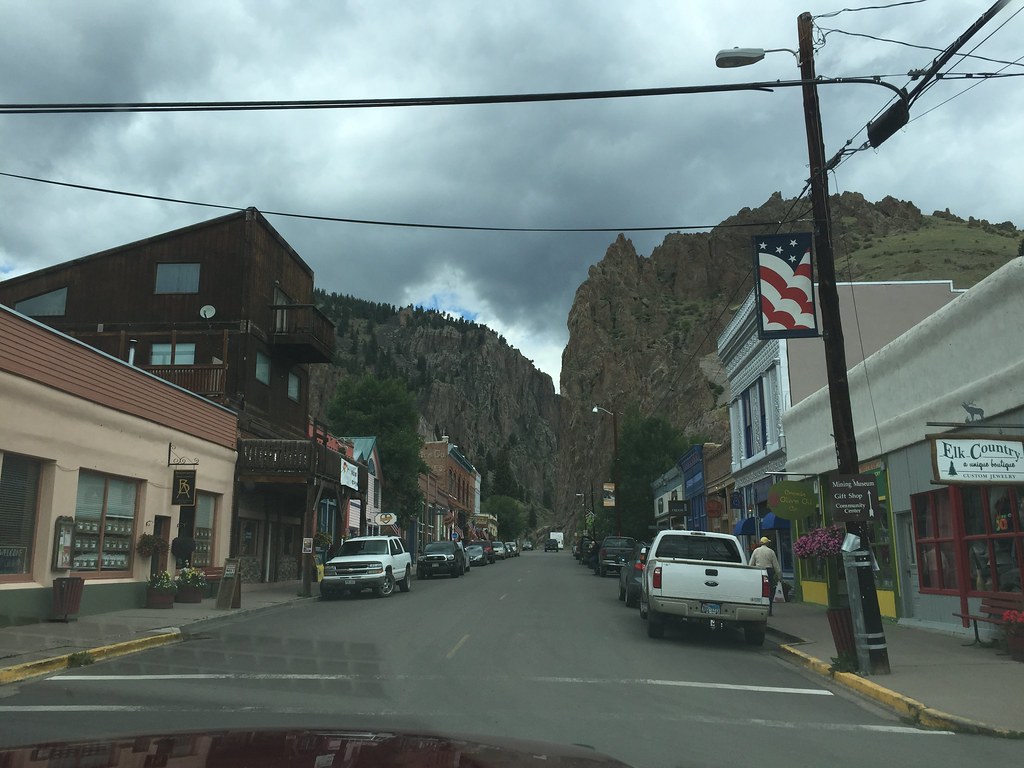 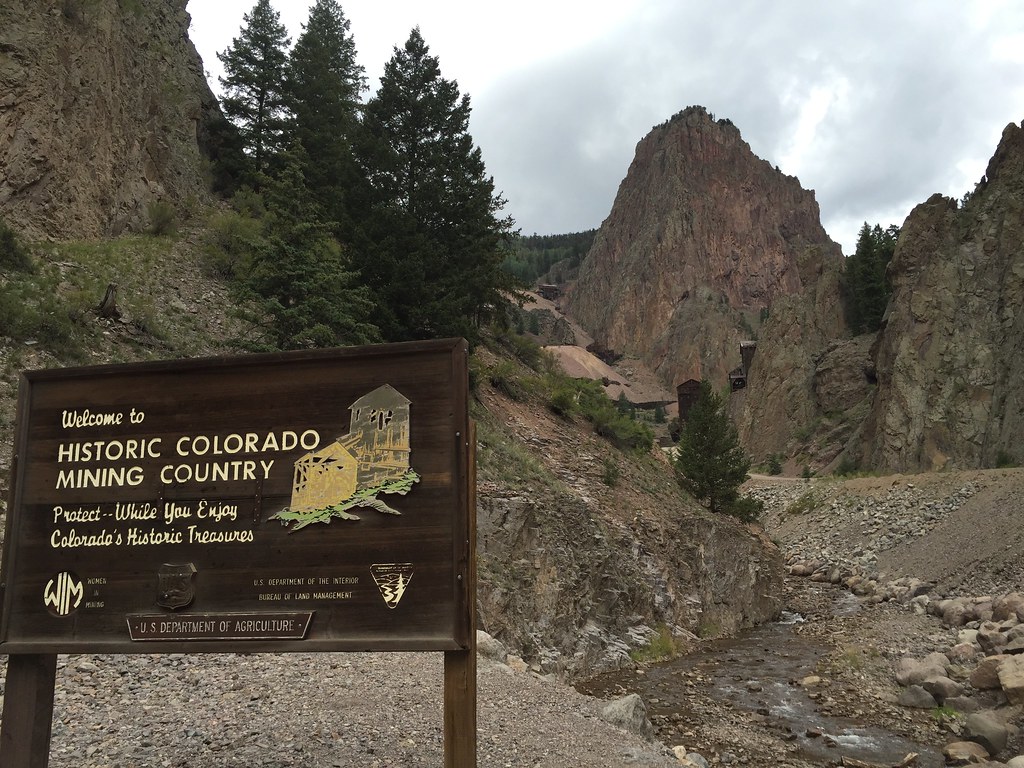 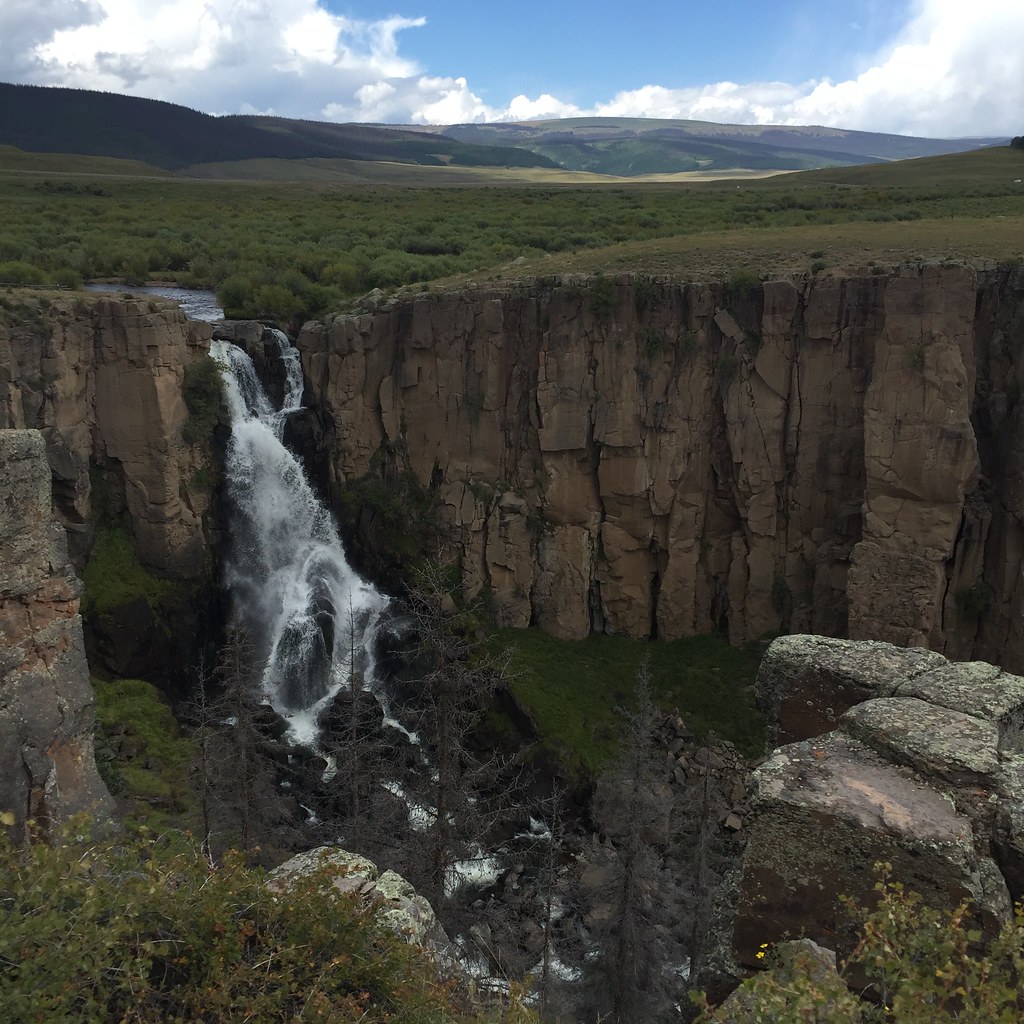 We had a nice day – a good little “get-away” from the fields and combines and all that goes with it. It felt (kind of) like vacation. I told Jim, though, I was feeling a bit guilty for being in the mountains without the girls. I know how much they all enjoy the mountains. If they had been with us, I may have been able to convince him to stop a little more often. As it was, we ended up driving about 250 miles on our adventure. But…it got us out of the motel. I’m certain we missed some things we should have stopped for but there’s always next time, right?