All Aboard Harvest | Keep Calm and Harvest On
13616
post-template-default,single,single-post,postid-13616,single-format-standard,qode-quick-links-1.0,ajax_fade,page_not_loaded,,qode-title-hidden,qode-theme-ver-11.2,qode-theme-bridge,wpb-js-composer js-comp-ver-5.4.7,vc_responsive

30 Aug Keep Calm and Harvest On

Grafton, ND – We were granted a whole week of harvest before Mother Nature reigned down on us again come the weekend. See what I did there? She reigned and she rained. It was the week of my birthday so that must be why it went so well, don’t you think (it was on the 25th of August)? We have been bouncing from one farmer to another either trying to find wheat that is ripe enough to cut or a field that is dry enough to drive around on. We have been harvesting for almost a month off and on and we have yet to completely finish up a farmer. The thing is everybody is very understanding because they know they aren’t alone — everyone in the area is struggling with the same issue.

Wanna know the hot commodity around here? Tracks. It would be a good year to own a couple sets to be able to rent out because it is becoming one of the only ways to achieve progress. Dad made some phone calls and found a set to rent. The guy we are renting from charges by the acre rather than by the month to rent the tracks, which will be much cheaper in the long run. With the rains the area received again last weekend (anywhere from one to four inches), we are glad we got them! Farmer Randy went and retrieved the tracks for us and while driving back to the farm with them through Grafton, he had many phone calls asking where he got the tracks and who they were going to because they would like to have a word with the recipient. Hopefully if it dries up in the next couple days, I can give you all an update on how they work for us!

I did mention it was going to be an intermittent harvest this season but I didn’t fully realize the truth of it until now. I can’t remember a time when we have ever been so behind with harvest. Dad mentioned the other day that it hasn’t been this wet around here since 1993 so makes sense why I don’t recall that year… I was two years old. I can add two never before experienced harvest experiences to my resume this year; being a part of one of the best wheat harvests the state of Kansas has ever seen and also, being a part of one of the wettest harvests Walsh County, ND has ever seen. All we can do at the end of the day is to keep calm and harvest on! 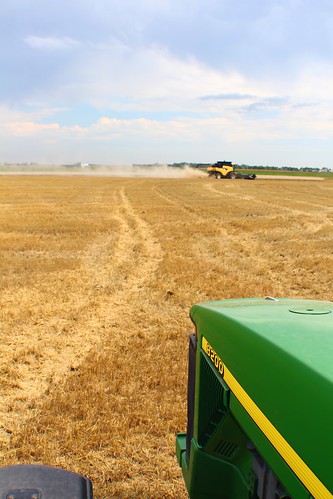 View from the grain cart. 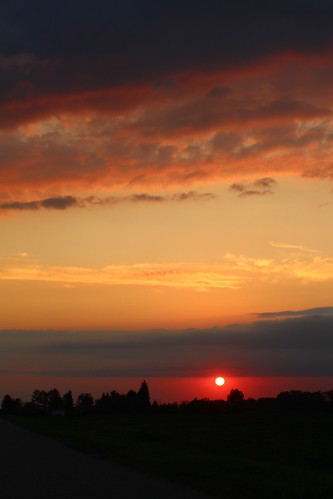 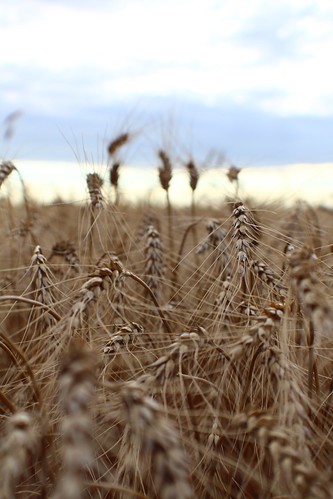 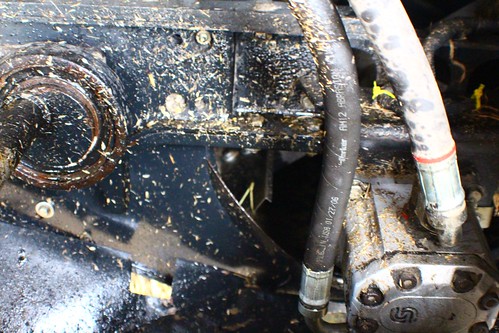 A hose came loose but, we caught it quickly! Still managed to make quite a mess. 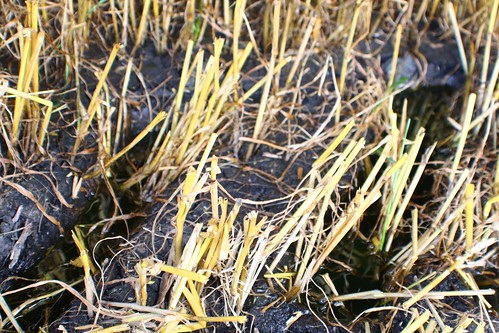 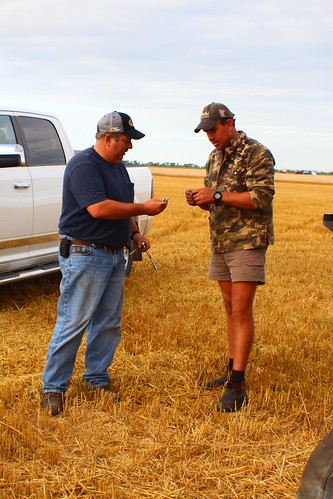 Dad and Peter getting some parts configured. 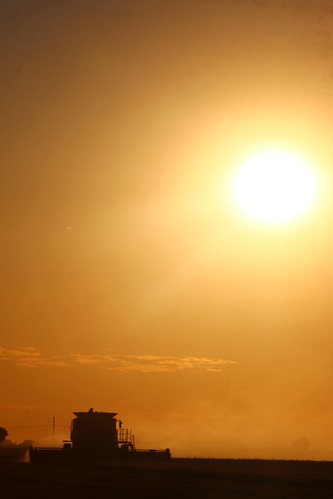 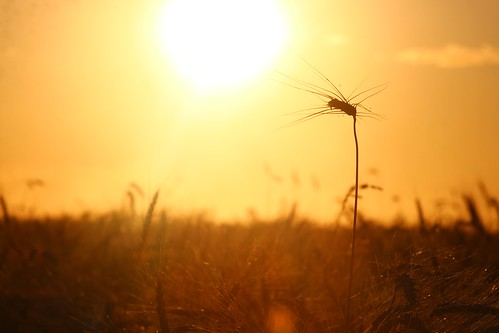 Couldn’t get enough of this lighting… 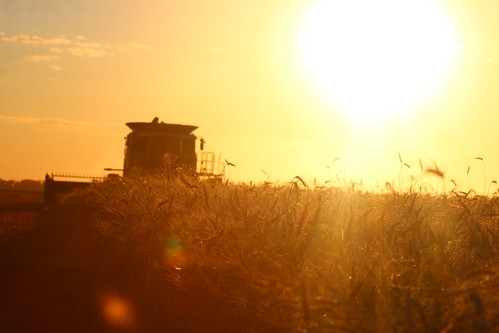 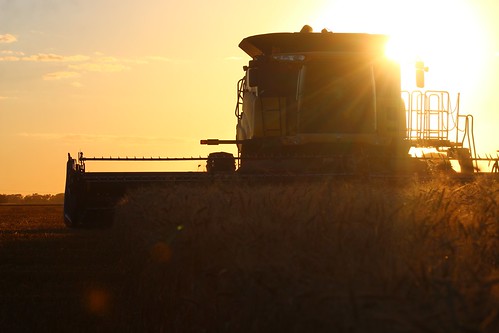 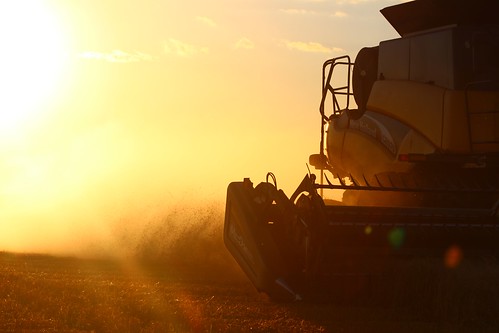 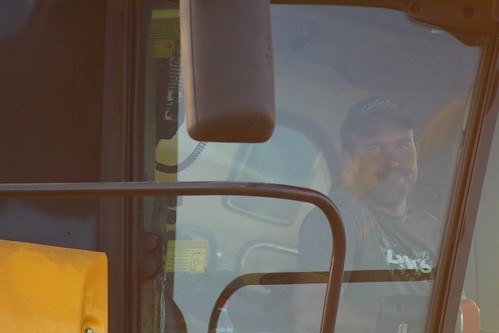 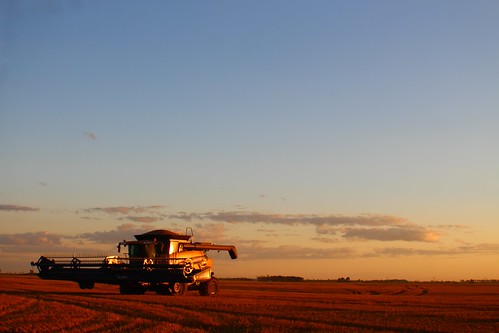 Brandon coming to the end for supper. 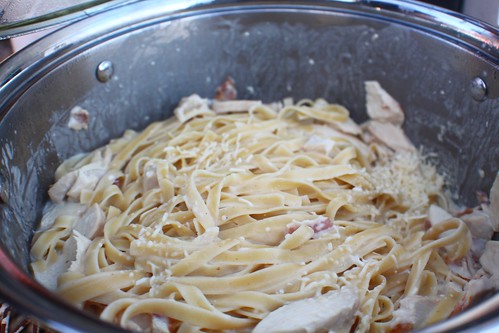 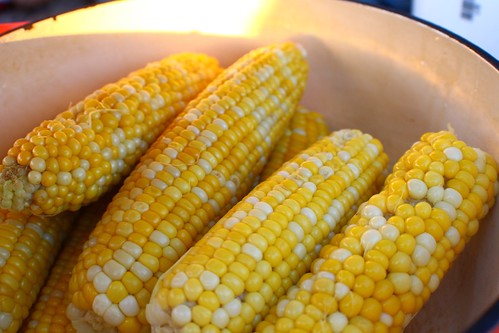 Tis’ the season for corn on the cob. 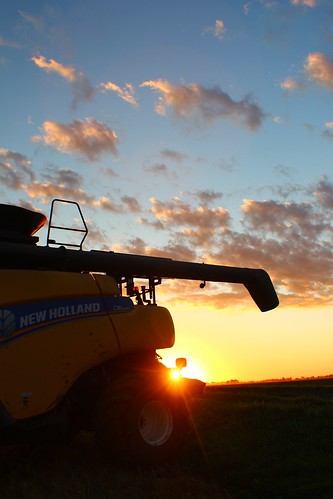 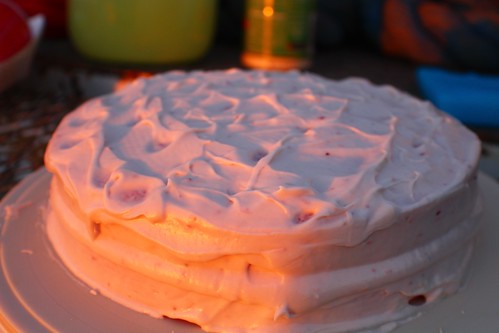 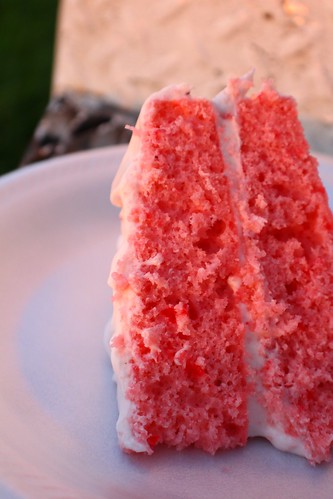 Isn’t it so pretty? It was absolutely delicious. 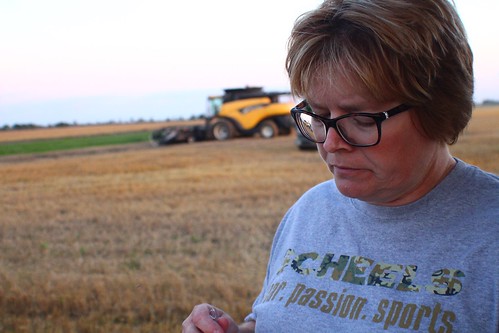 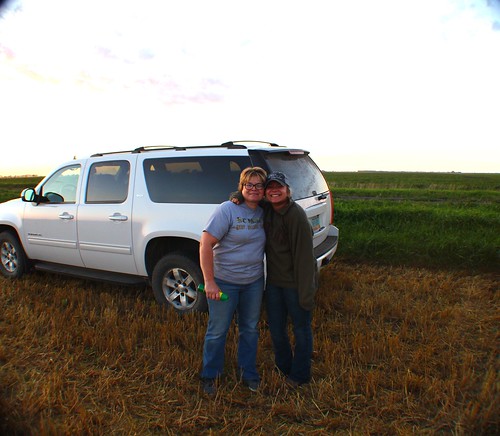 Mama bear and I. 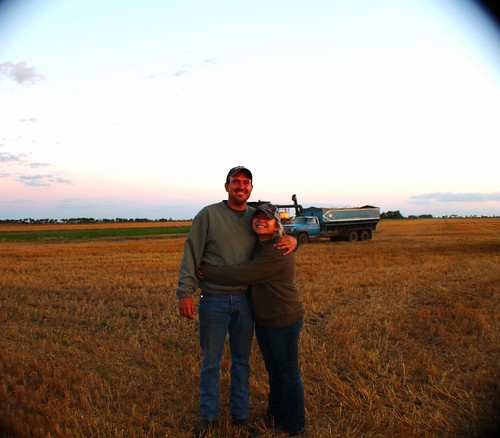 “Peeta”, when pronounced in the South African accent. 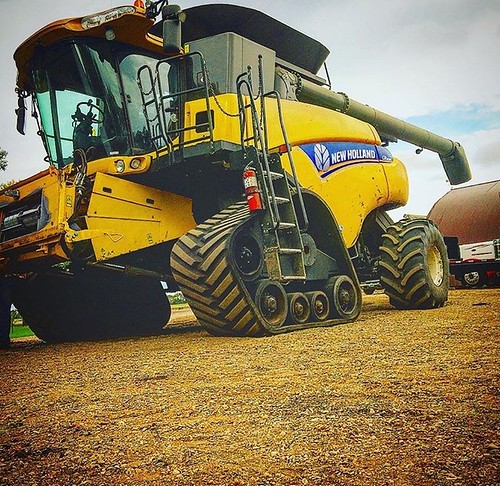 Tracks! Photo credit goes to Brandon on this one. I stole it from his Instagram.