All Aboard Harvest | Laura: When the rains come to stay, the crew will play!
14186
post-template-default,single,single-post,postid-14186,single-format-standard,qode-quick-links-1.0,ajax_fade,page_not_loaded,,qode-title-hidden,qode-theme-ver-11.2,qode-theme-bridge,wpb-js-composer js-comp-ver-5.4.7,vc_responsive

26 May Laura: When the rains come to stay, the crew will play!

Wichita County, Texas – After a couple seasons of life on the road under my belt, I’m packing lighter and lighter all the time. I don’t have time, energy or space in our camper house to deal with unnecessary clutter. So, I debated bringing the kids’ mud boots this year. Surely we wouldn’t need them for a third year in a row. I finally threw them in as a mind game and insurance policy against the imaginary Texas harvest rain gods because if we had them, we wouldn’t need them, right? Wrong. With grain moisture around 15%, we were just on the verge of being able to cut when the rains started. As I’ve stated many times in my writing, I have a terrible time wishing away rain when I come from an arid area and armed with the knowledge that this region broke out of a terrible drought just two years ago. However, the Texas weather systems and I need to have a little chat, because these harvest rains are starting to be a thing!
The crew made the most of their downtime, as you will see from the pictures below. 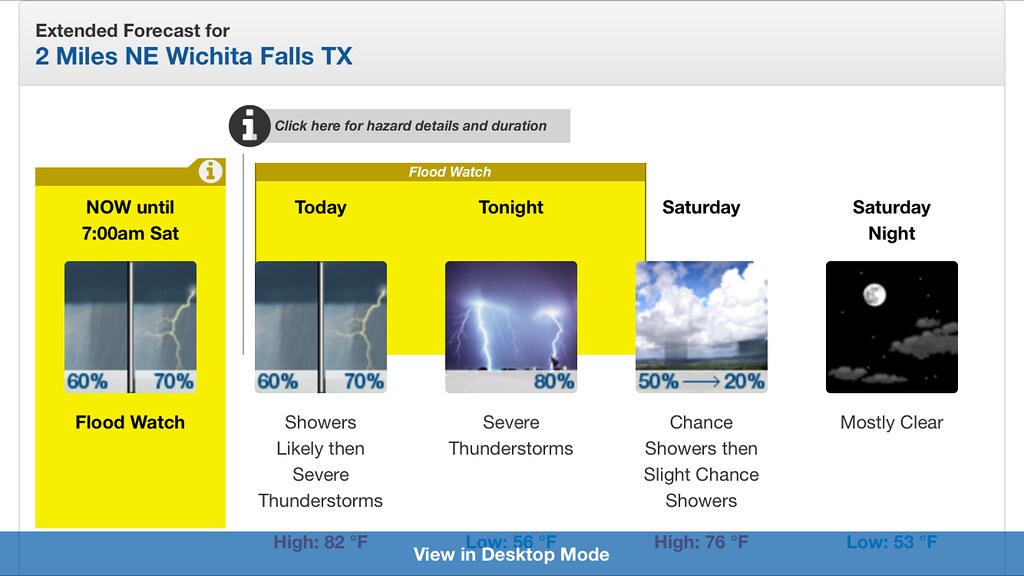 If there’s even the slightest chance of rain, it rains. 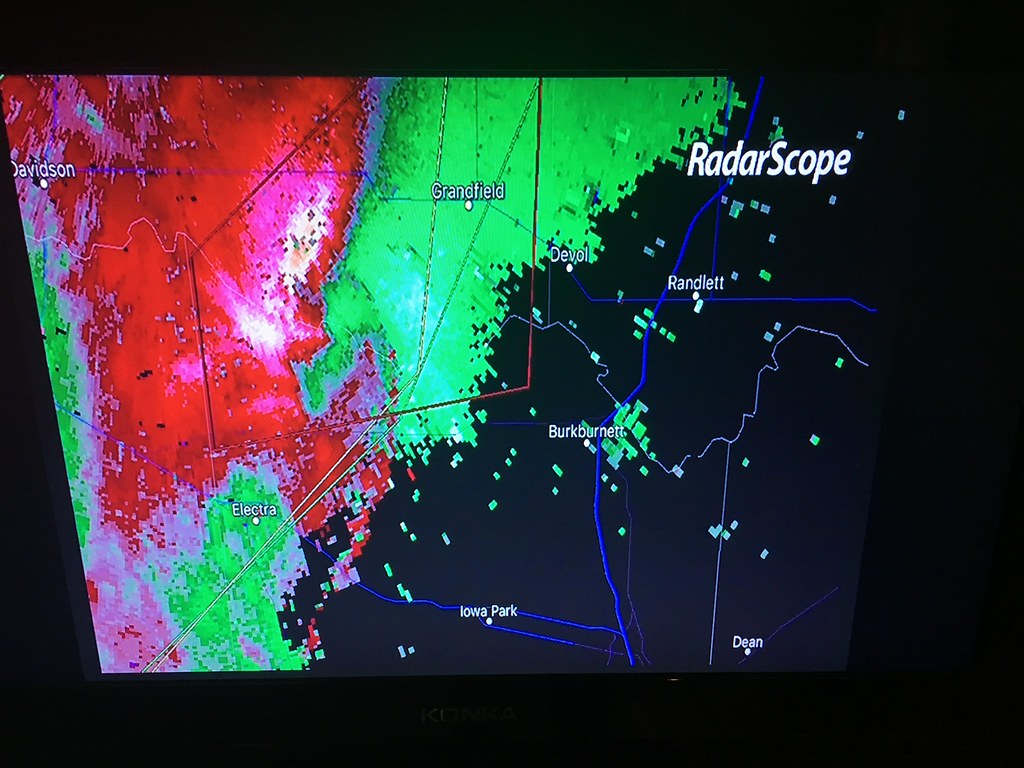 Some of the storms had some tornadic action, but thankfully we avoided those! 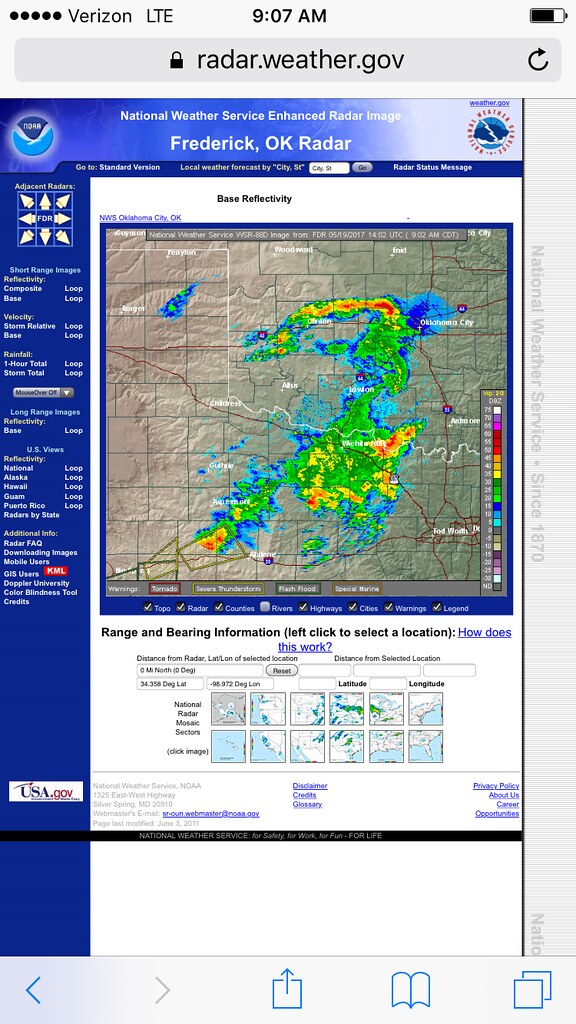 We were a target for rain! 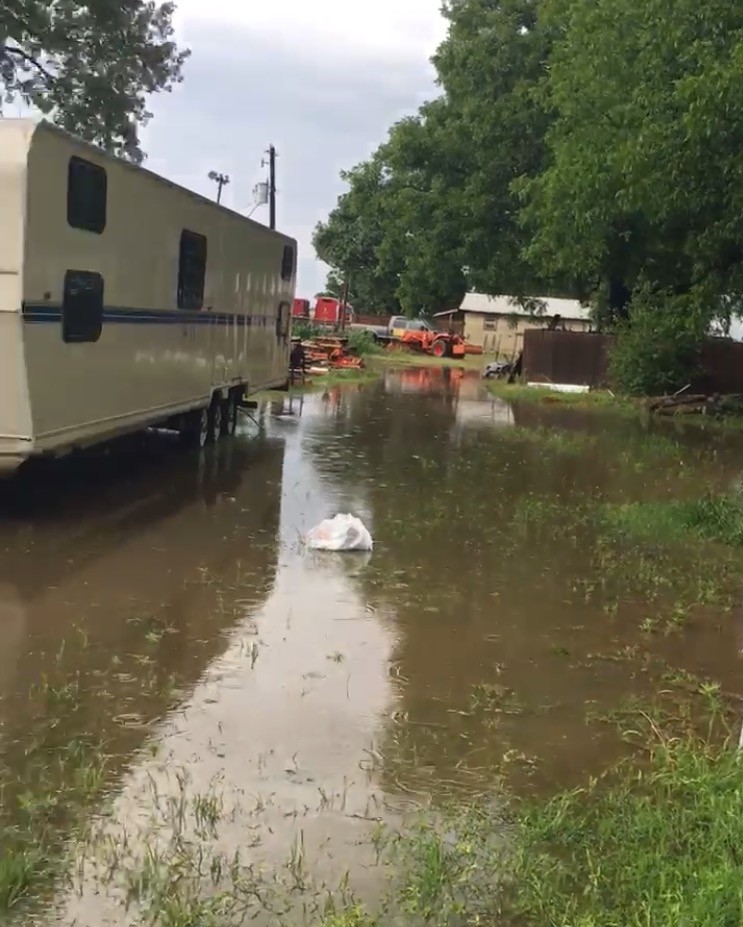 I mean, its almost like having your own private island, right??? The hail was a little too much for the camper skylights. (Photo Credit: Mark) 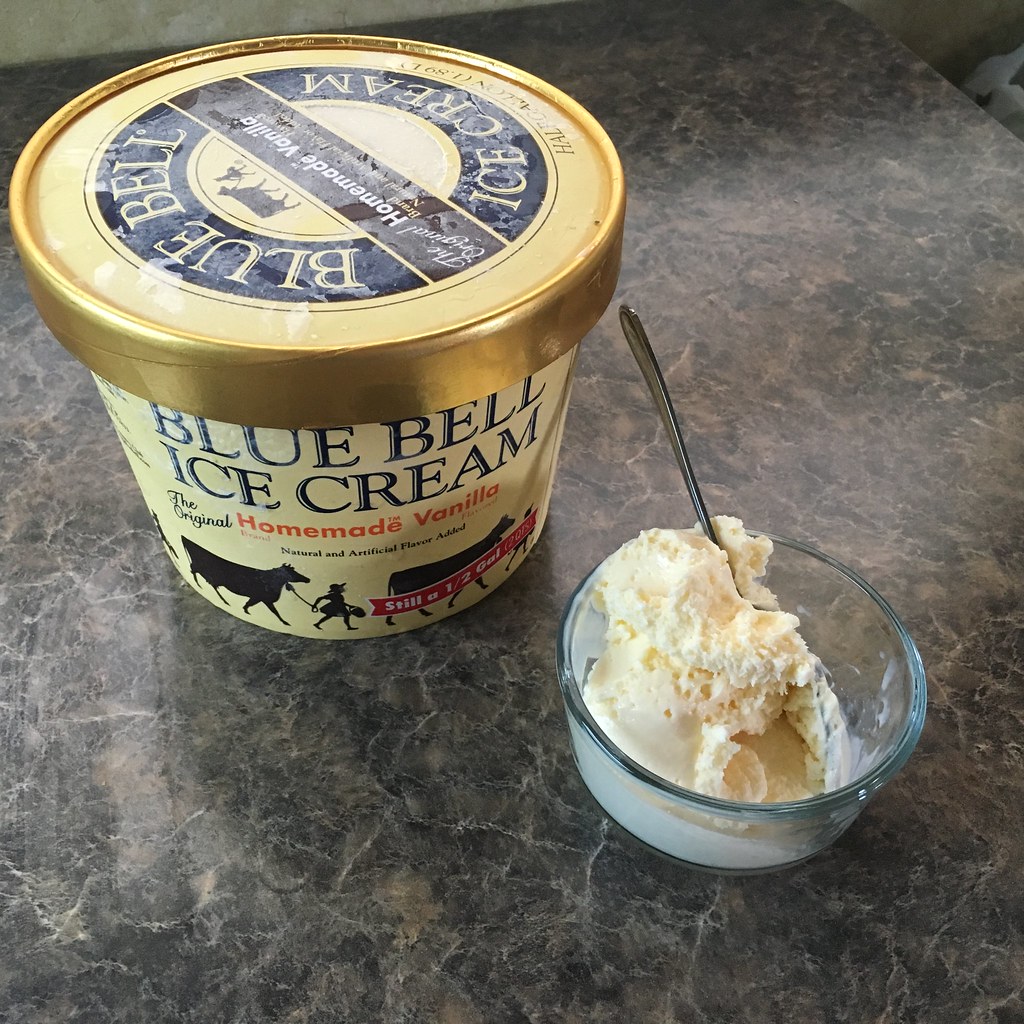 I drowned my rainy day sorrows in my favorite Texas treat, Bluebell Homemade Vanilla ice cream. Bluebell, if you’re out there, I’m still willing and ready to test new flavors any time you want to ship them to me in Kansas!!! Really. 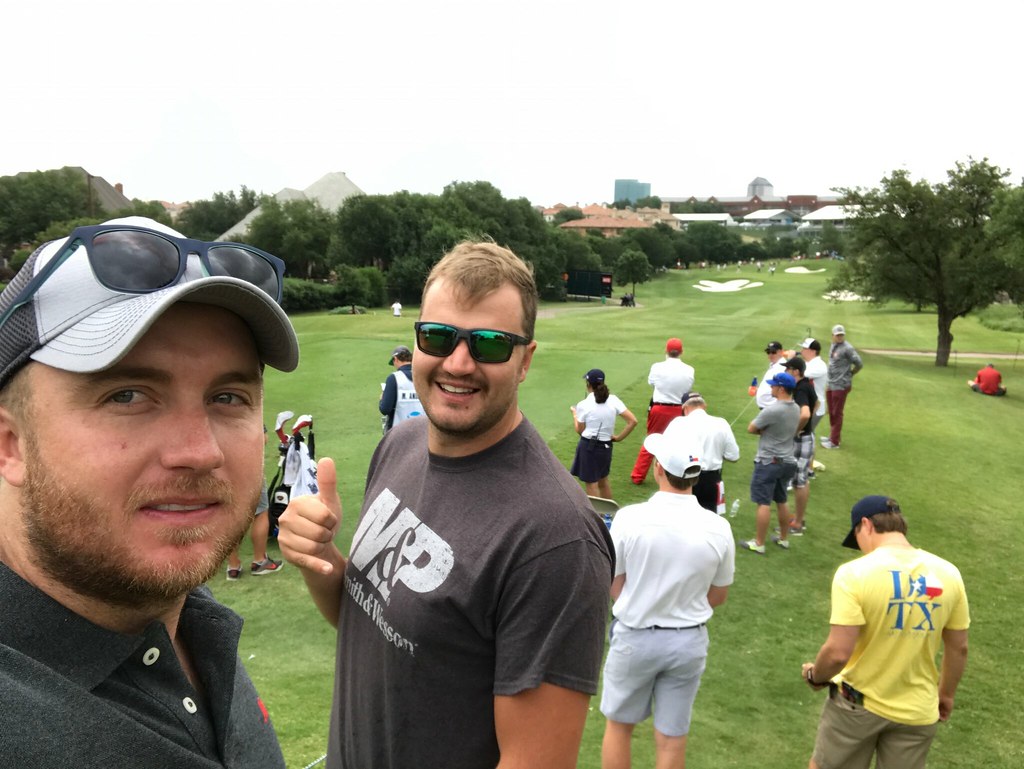 Albert and Willem at the PGA tournament. Albert was excited to check that off his bucket list. We have some avid golfers on our crew. 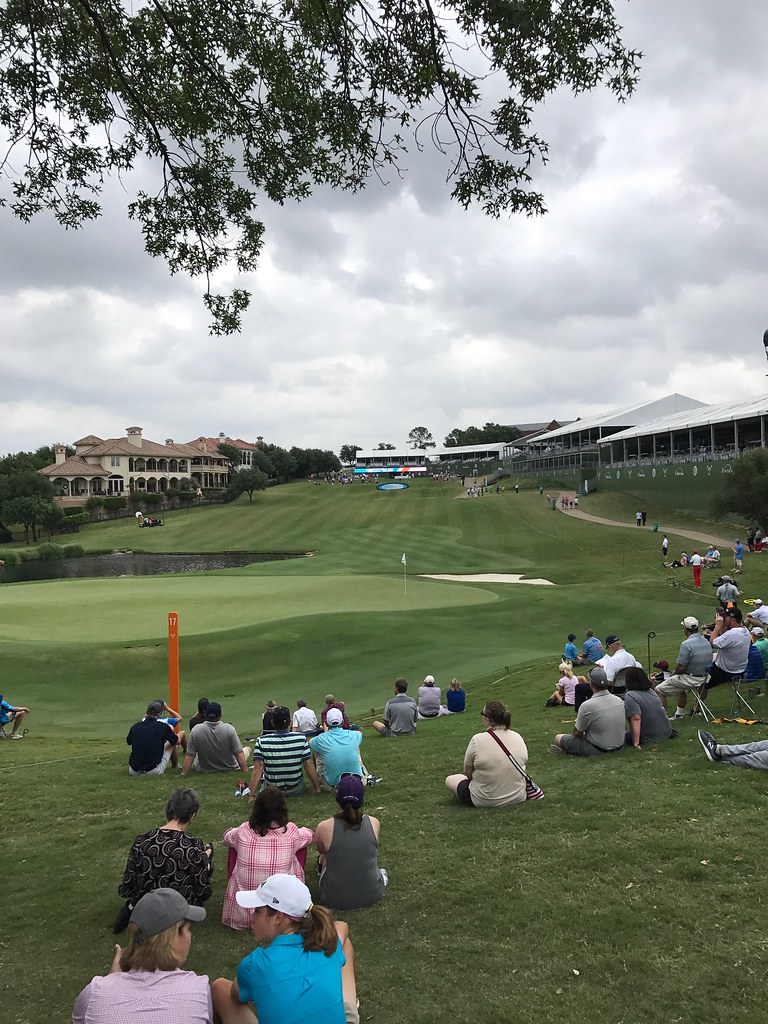 More from Albert and the guys at the Tour. 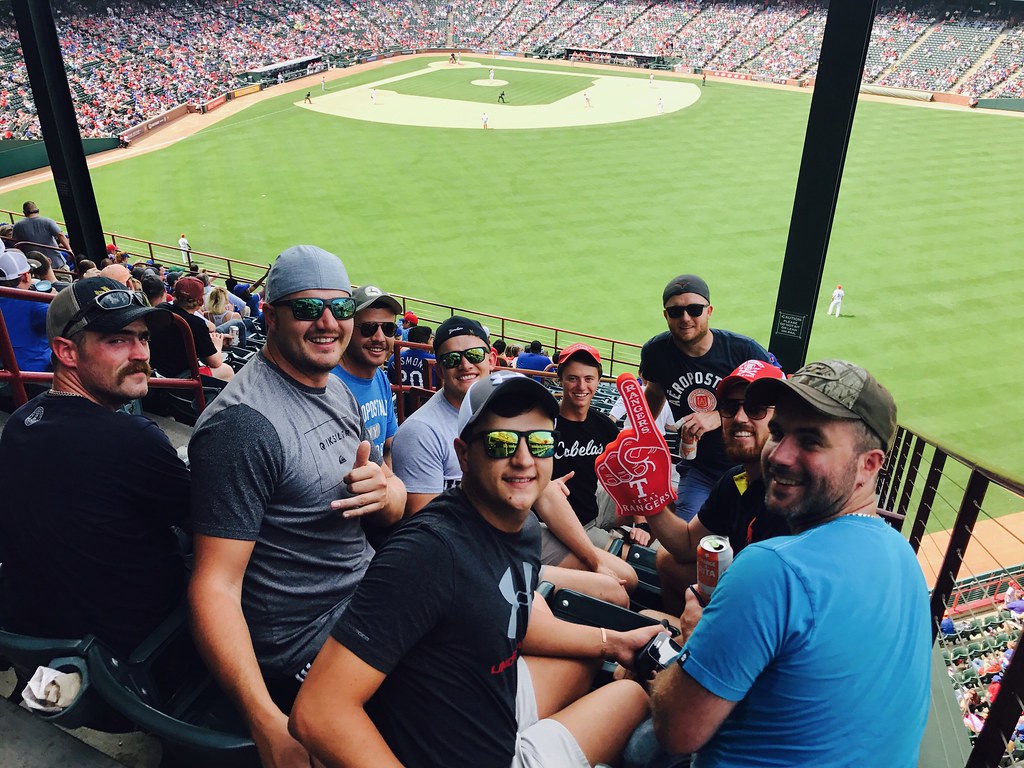 Some of the crew took in a Texas Rangers game. 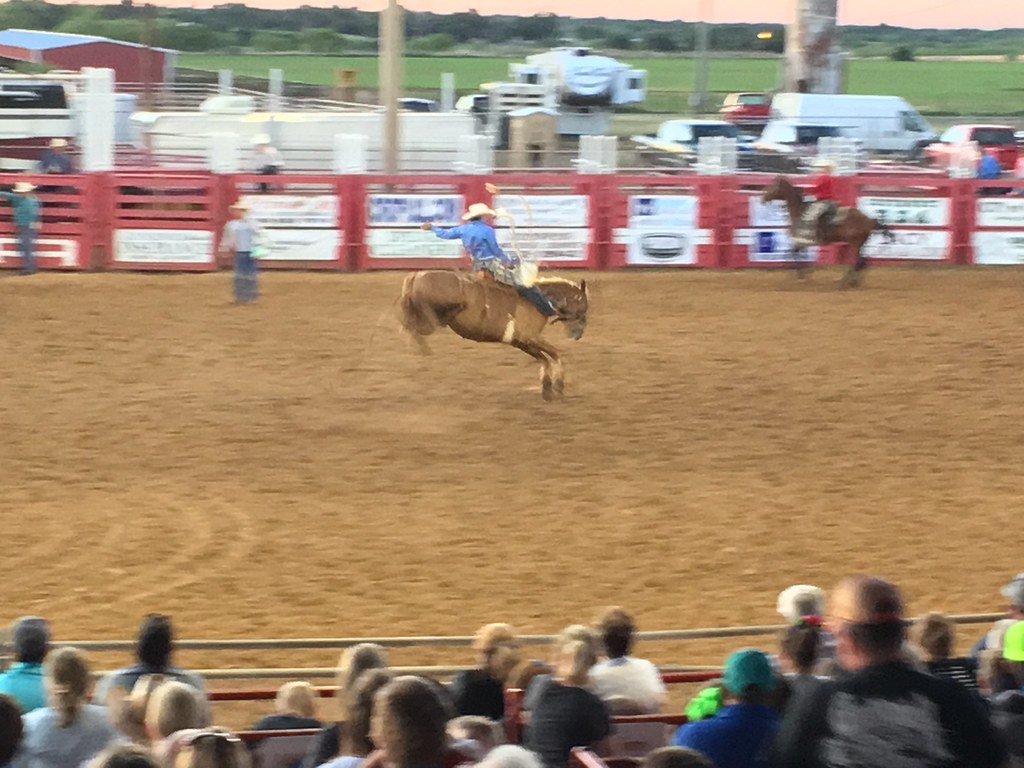 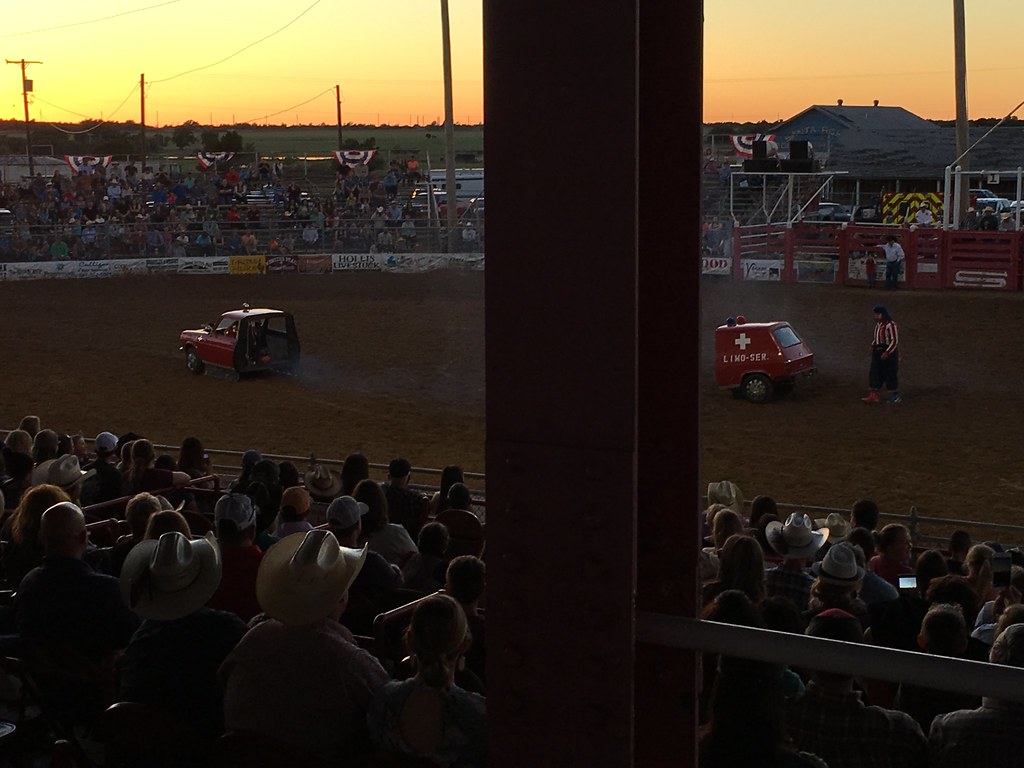 The clown’s car got away from him! 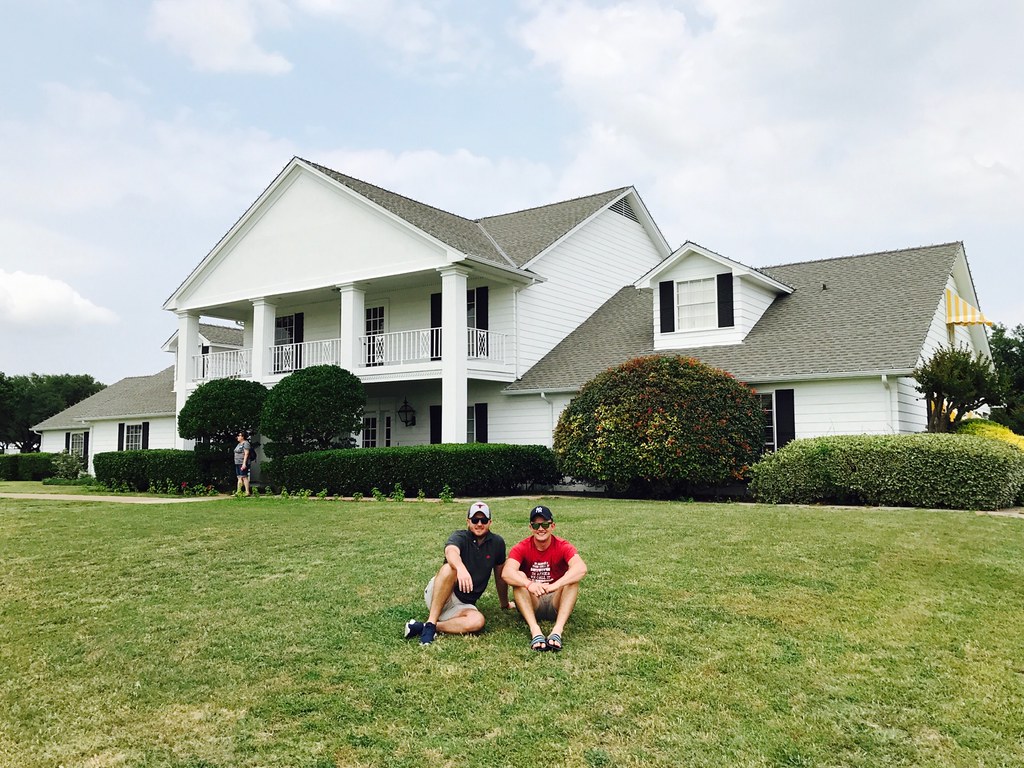 A group of crew members visited South Fork Ranch, from the famous sitcom Dallas. Apparently, it was a hit in South Africa too! 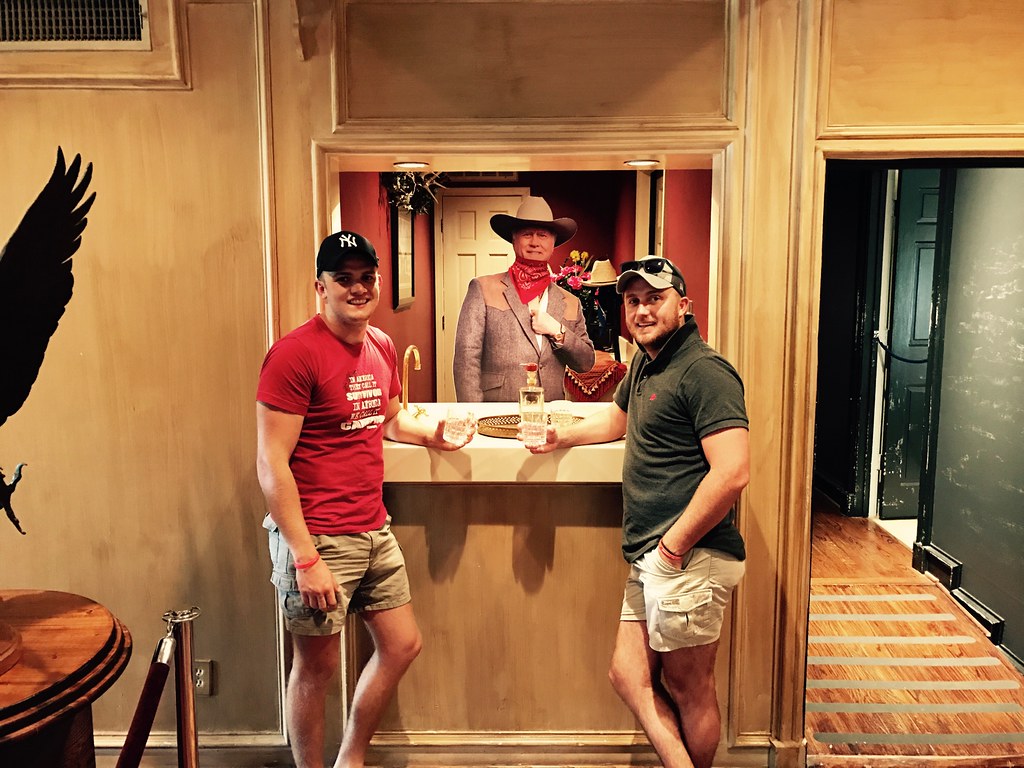 This cracked me up when I saw it. 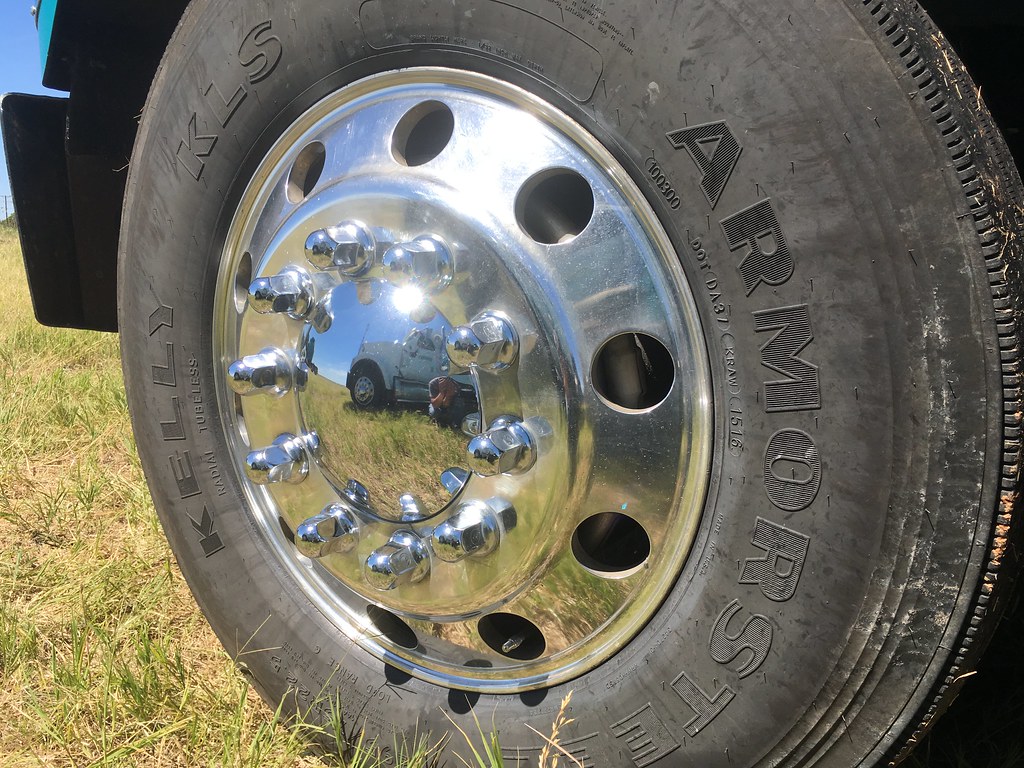 James got his elbow grease on. Really, the picture doesn’t do his work justice. He has the trucks looking nice. I’m thinking he could probably open a little side detailing business when he is in line at the elevator!

Accidentally stumbled upon and was welcomed to a Fit4Mom Stroller Barre class. I didn’t know what to expect, but it was a huge blessing to not only get a great workout but some fellowship with other women! I hope to be back next season! Thanks so much for your welcoming spirit, Carlye, Kayla and class ladies! (From their site: Stroller Barre® is a unique blend of ballet, Pilates, barre, yoga and stroller-based exercises designed to help moms build strength and muscle tone and improve posture).