All Aboard Harvest | Laura: Nearly done with Kansas
14840
post-template-default,single,single-post,postid-14840,single-format-standard,qode-quick-links-1.0,ajax_fade,page_not_loaded,,qode-title-hidden,qode-theme-ver-11.2,qode-theme-bridge,wpb-js-composer js-comp-ver-5.4.7,vc_responsive

Tribune/Sharon Springs, Kansas – We just finished our job here in the Greeley and Wallace County area. To give you some perspective, last year we started around July 5, and this year we ended the entire job on the 5th. It’s interesting how seasons can vary so much from year to year.

This was part of the area affected by the late season blizzard I mentioned in an earlier blog post. Most of the wheat was laid flat beneath the snow. And who would have thought, after all it’s been through this year, it would survive and be a respectable crop.

Test weights here were in the high 50s. Irrigated acres ranged widely between 50-80+ bushels per acre. I guessed the reduction in yield was due to freeze damage but was told they suspected it was 10 consecutive days of heat at the end that effected the yield.  The irrigated results were a bit of a disappointment and just another example of a farm that tried to do everything right and was dinged by natural forces out of their control.  Dryland (non irrigated) acres were in the 50 bushel per acre range. In some places, it was as good or better than the irrigated, which is unusual. 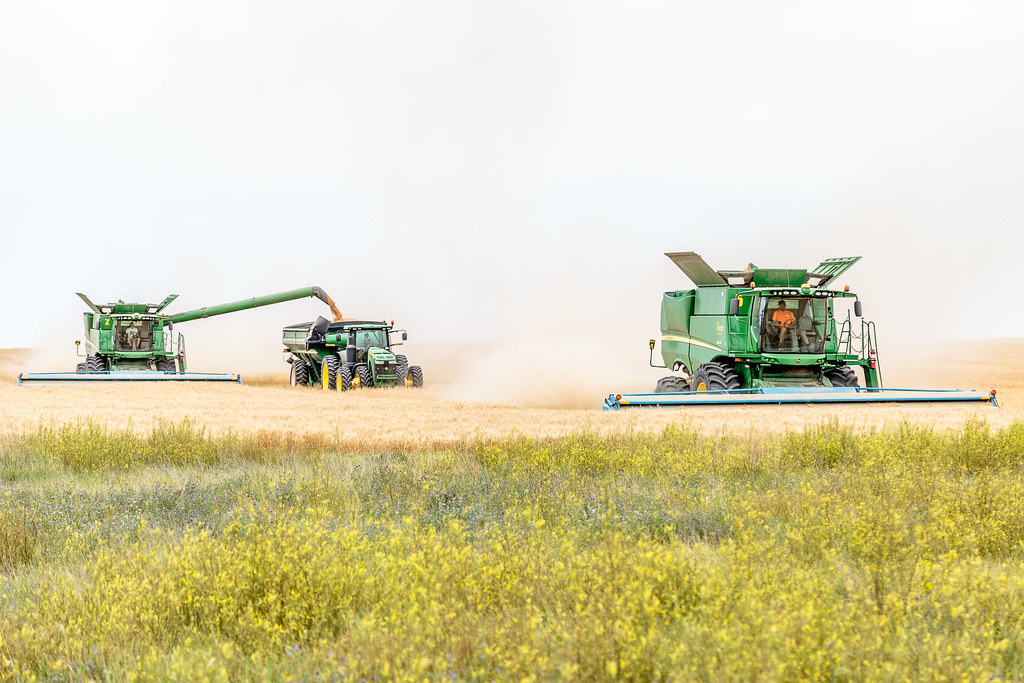 They let the natural vegetation border their fields, and it is just lovely. 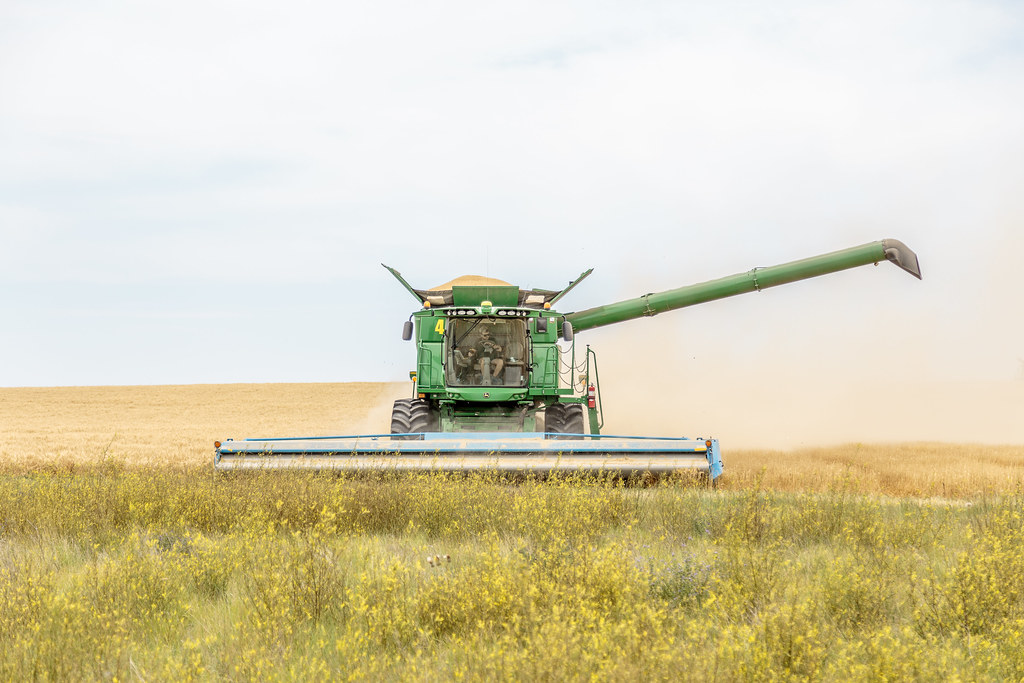 Waiting for the grain cart. 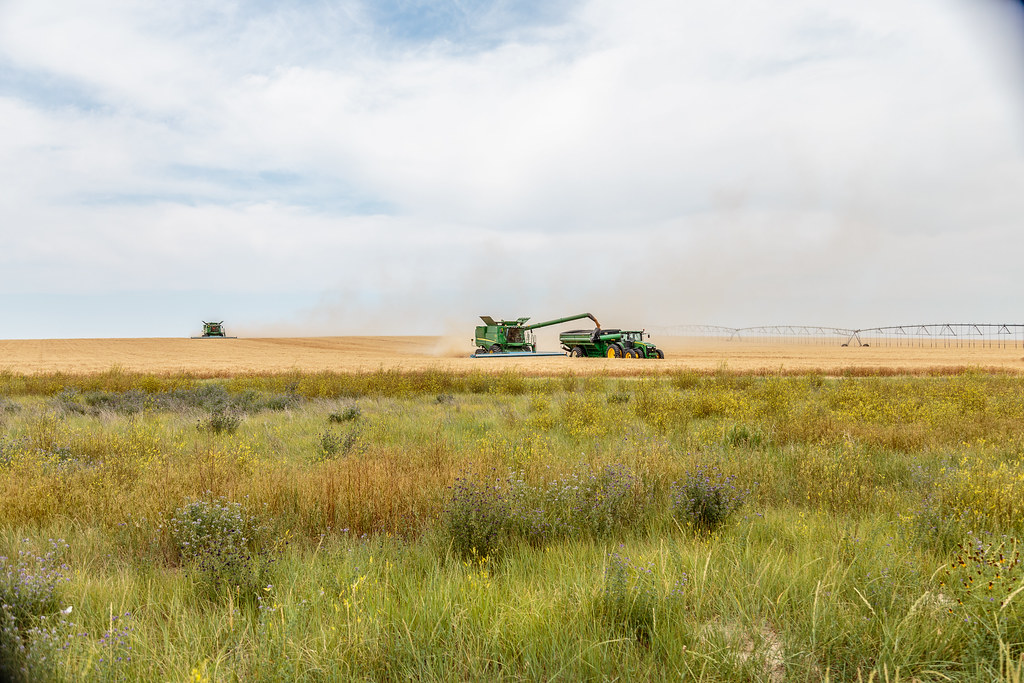 Dumping on the go. 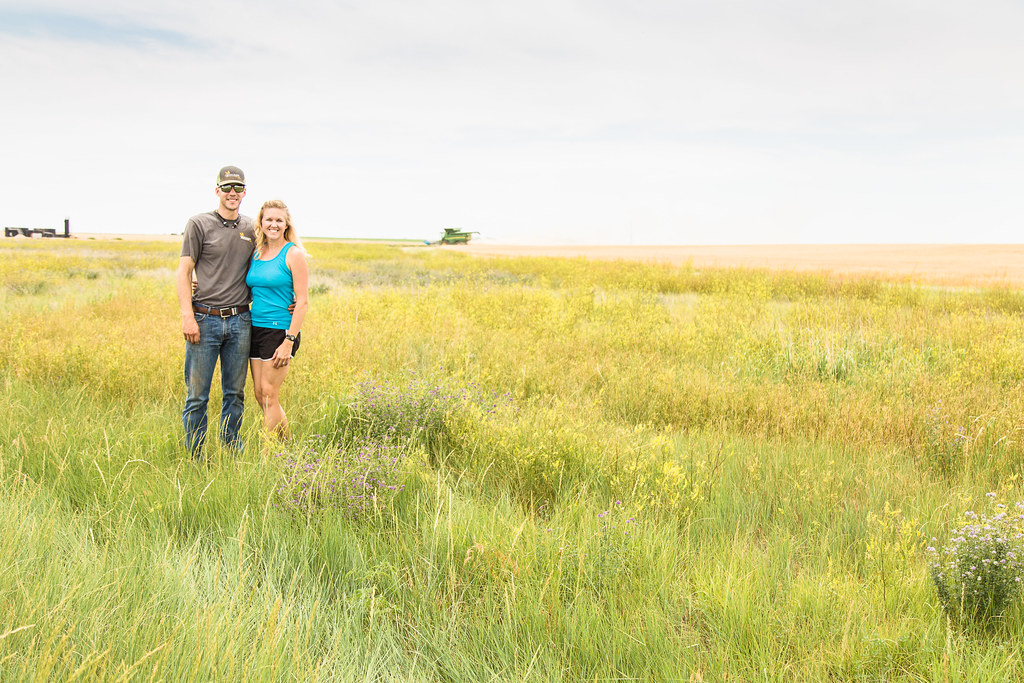 A rare photo of the Mr. and Mrs. 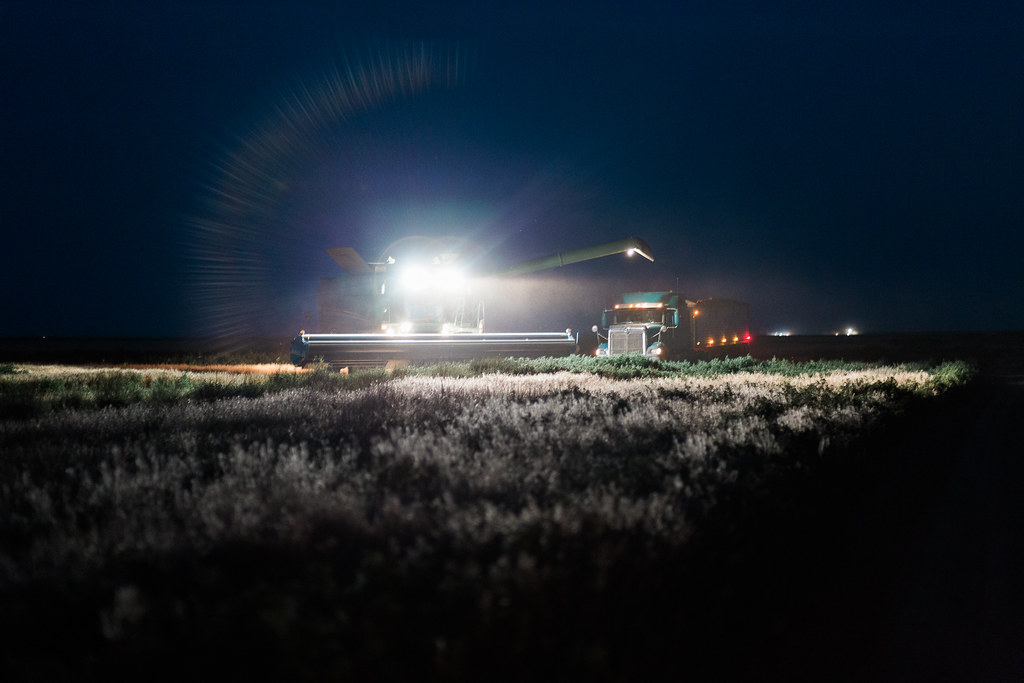 When the sun goes down, the lights come on! 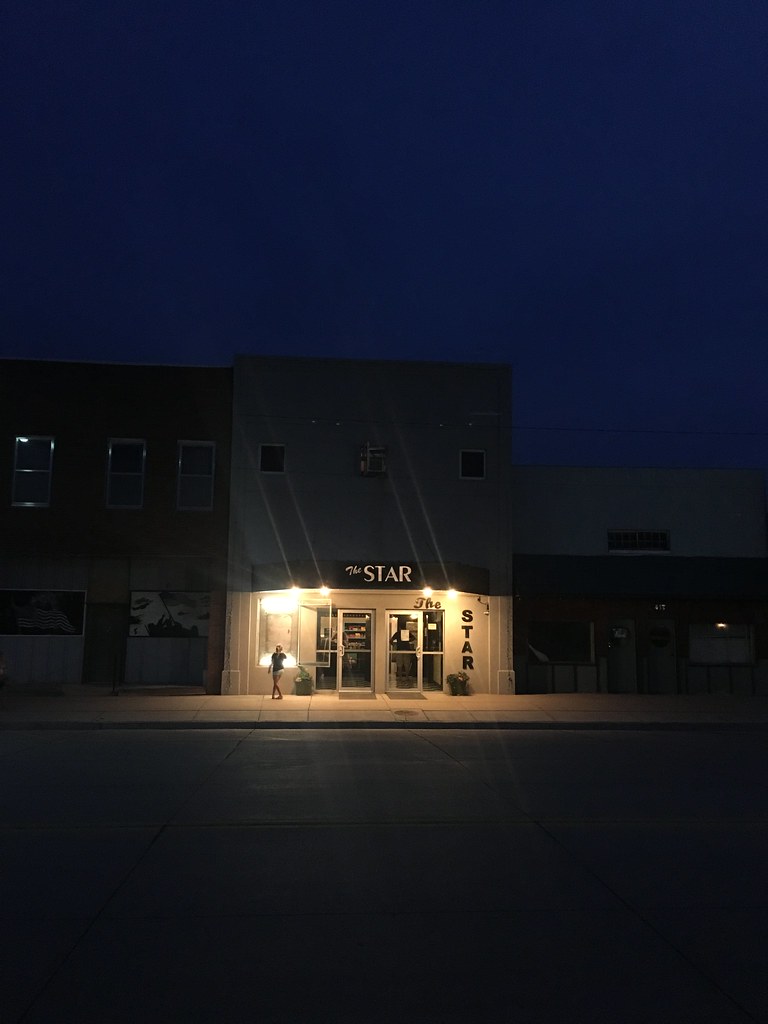 Once a summer, we have to hit up the small town theater. Like Sharon Springs, Tribune has a community-run facility and just installed brand-new seating. I love how the citizens of small towns work together to provide nice things/events for their communities. 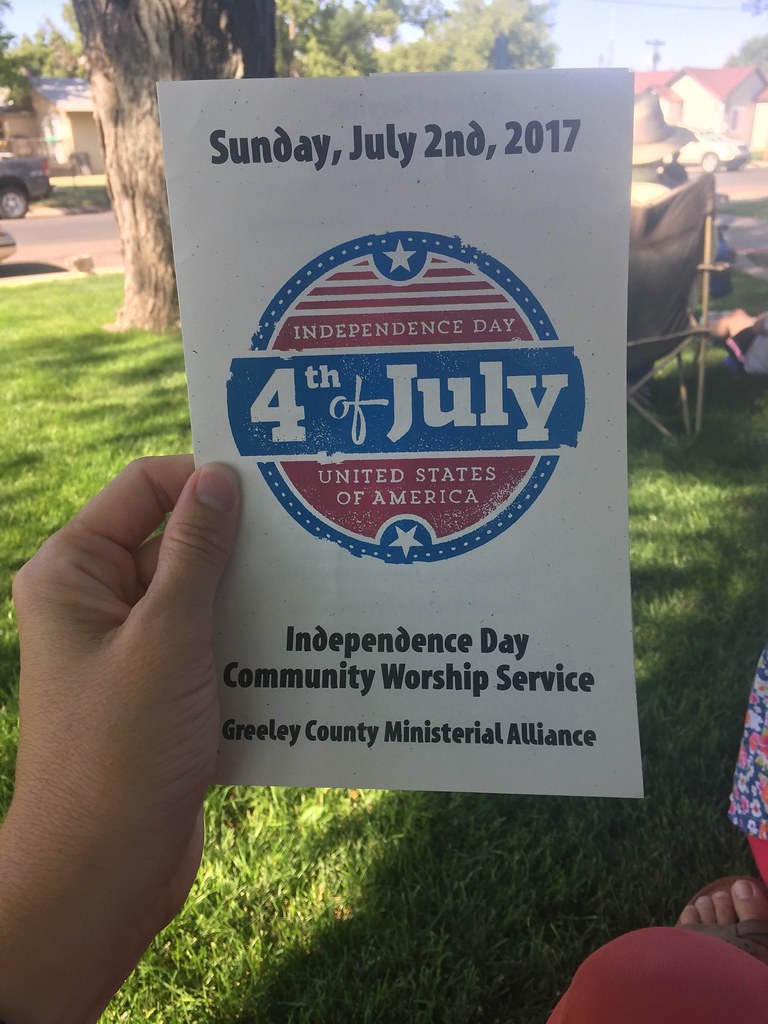 This tradition has been going on for decades. We enjoyed breakfast and a church service on the courthouse lawn. 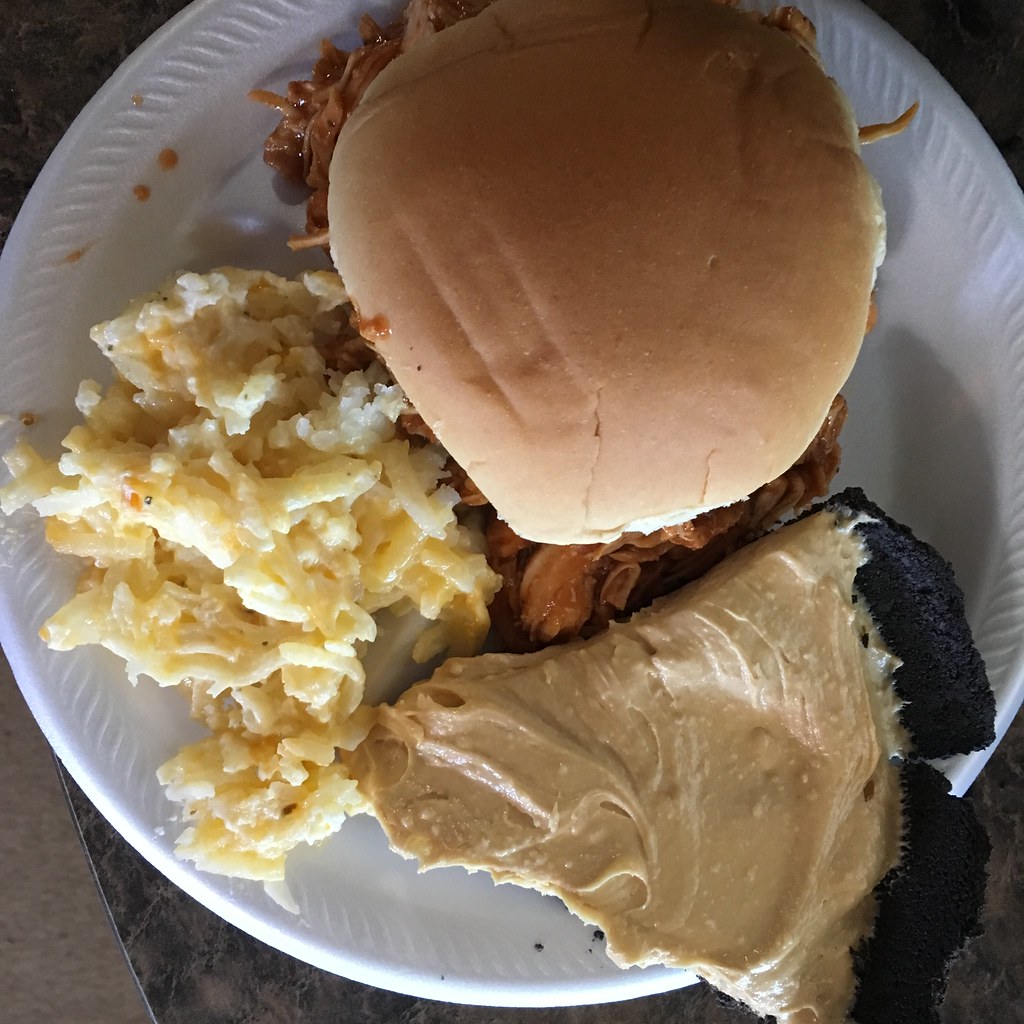 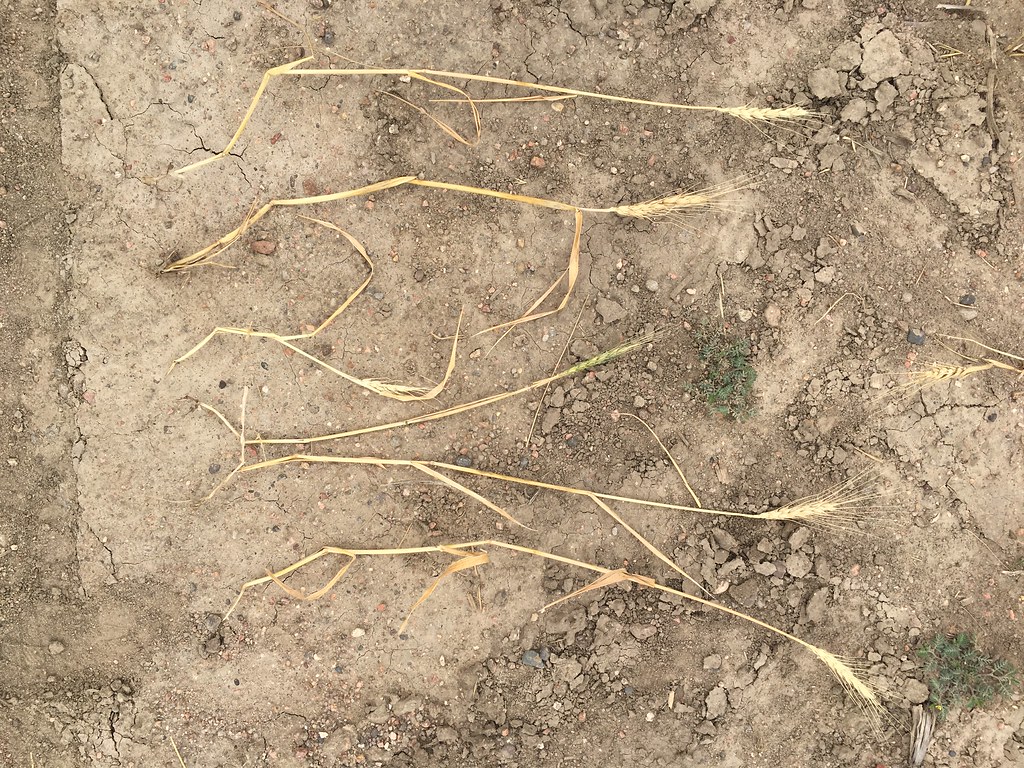 An example of how the stems grew back and self-adjusted after the late season blizzard. 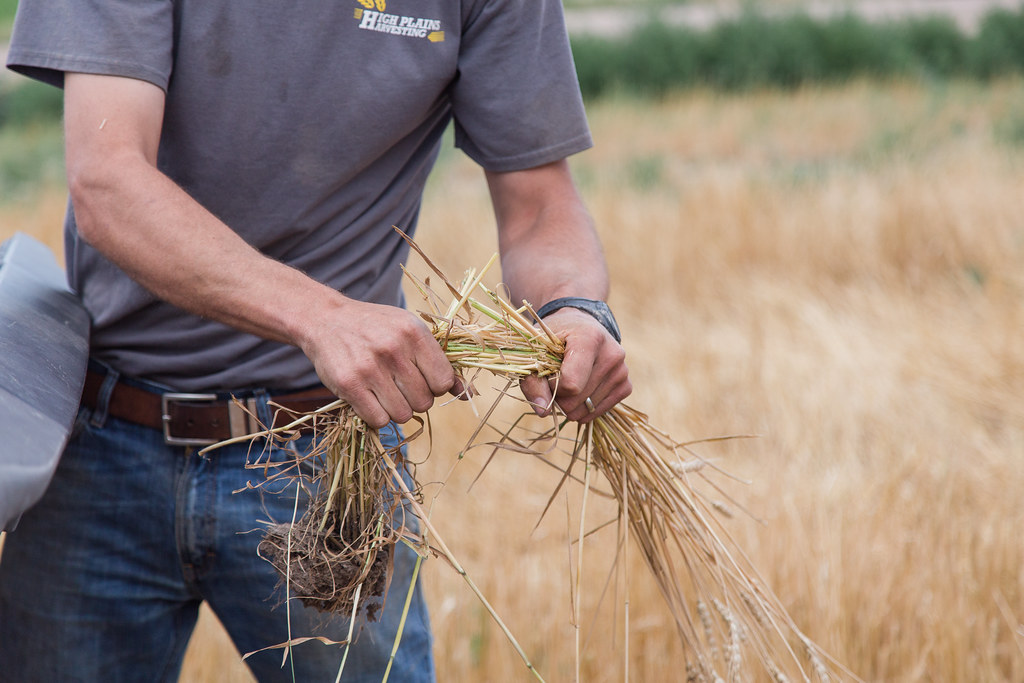 The straw was tough. 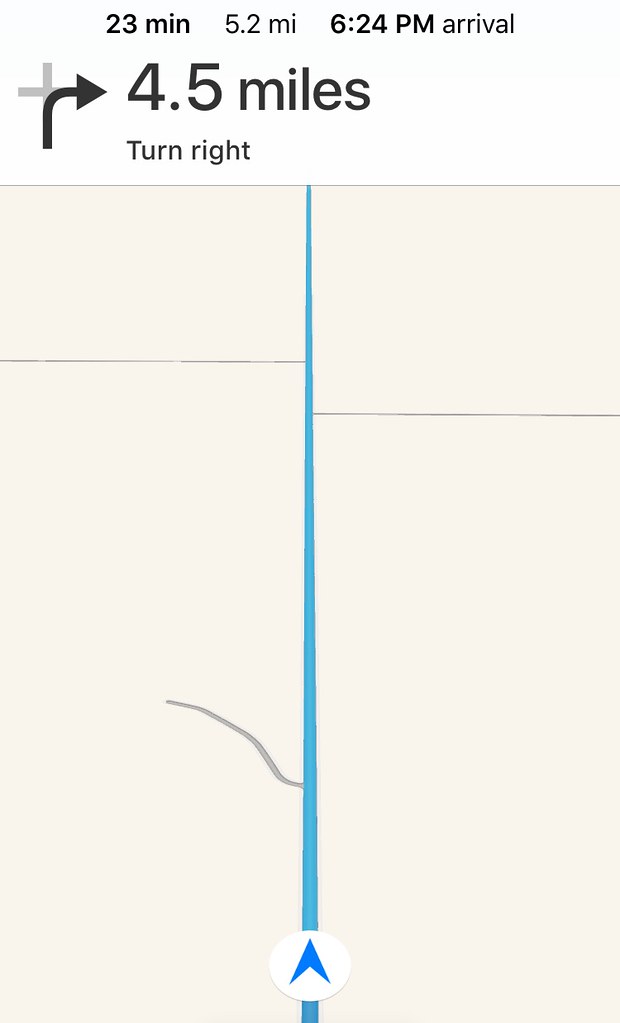 My map app severely doubts my ability to maneuver country roads. There’s no way it’s going to take me 23 minutes to go 5.2 miles. 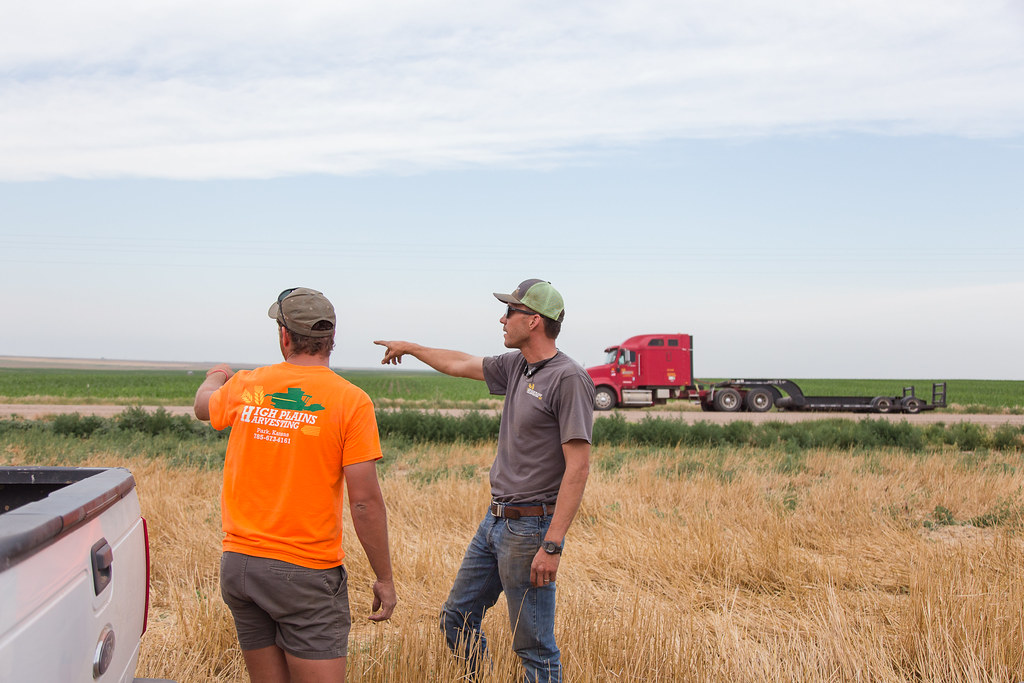 Discussing the next move. 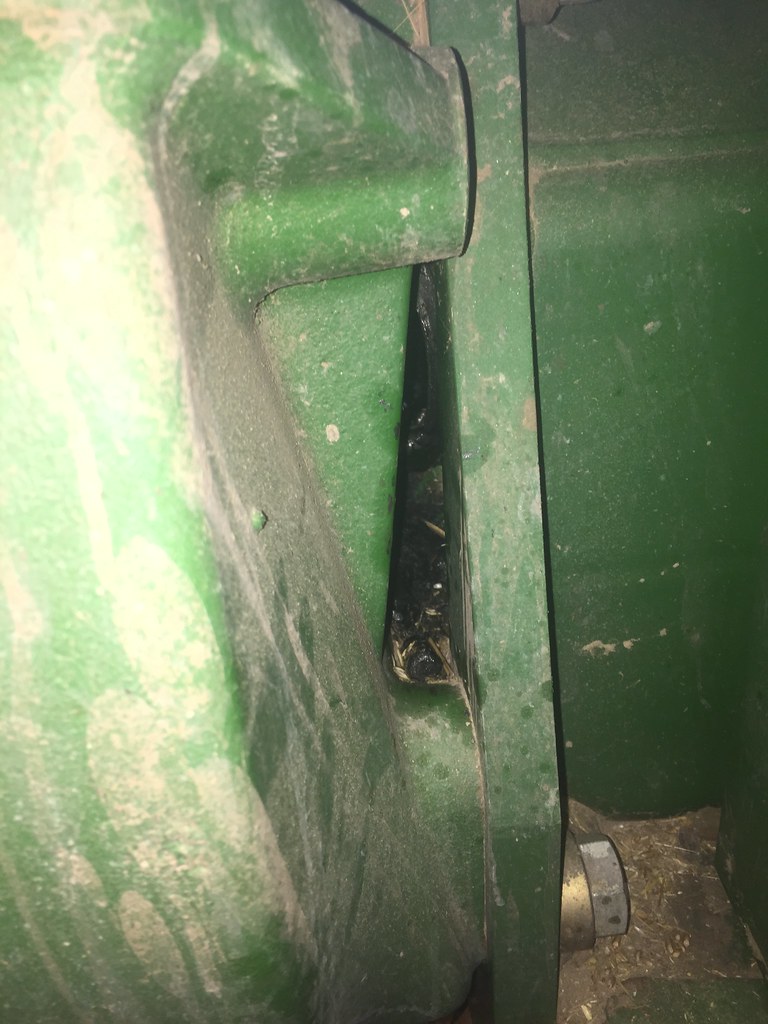 See the ball bearing and grease? That’s NOT what a final drive line is supposed to look like. A big thanks to Carrico Implement for getting us back up and running! 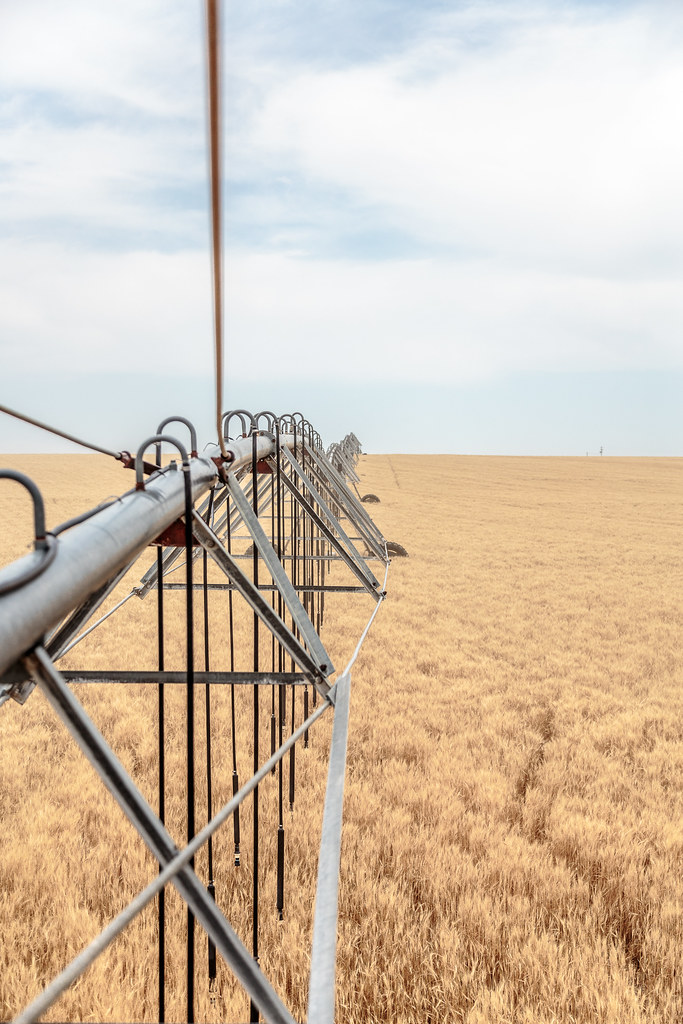 The view looking up the pivot. 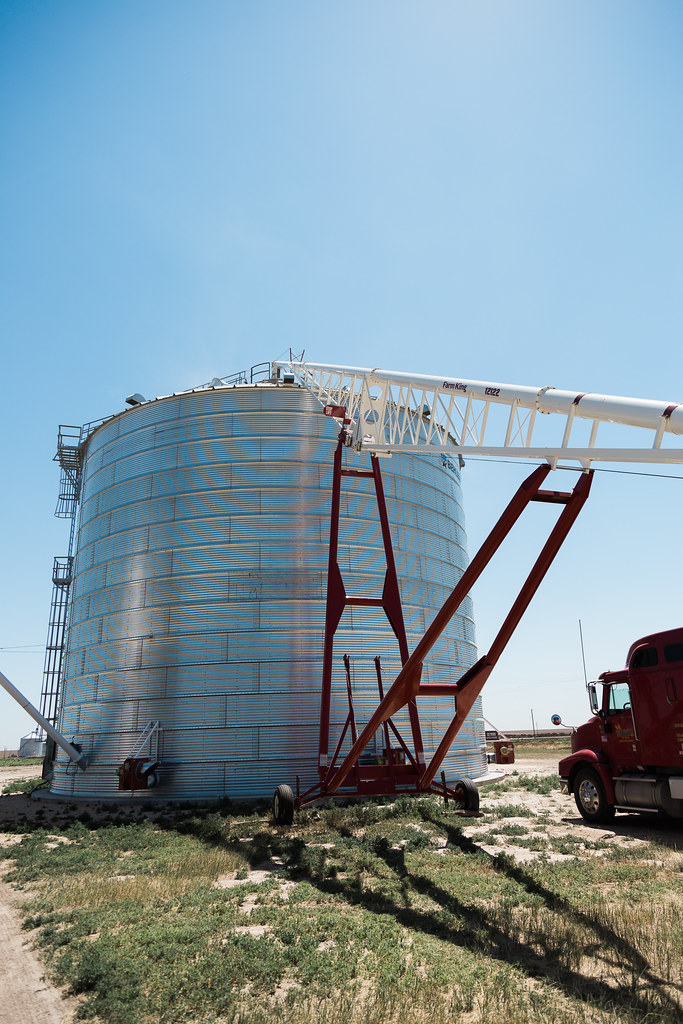 Unloading at the bin. 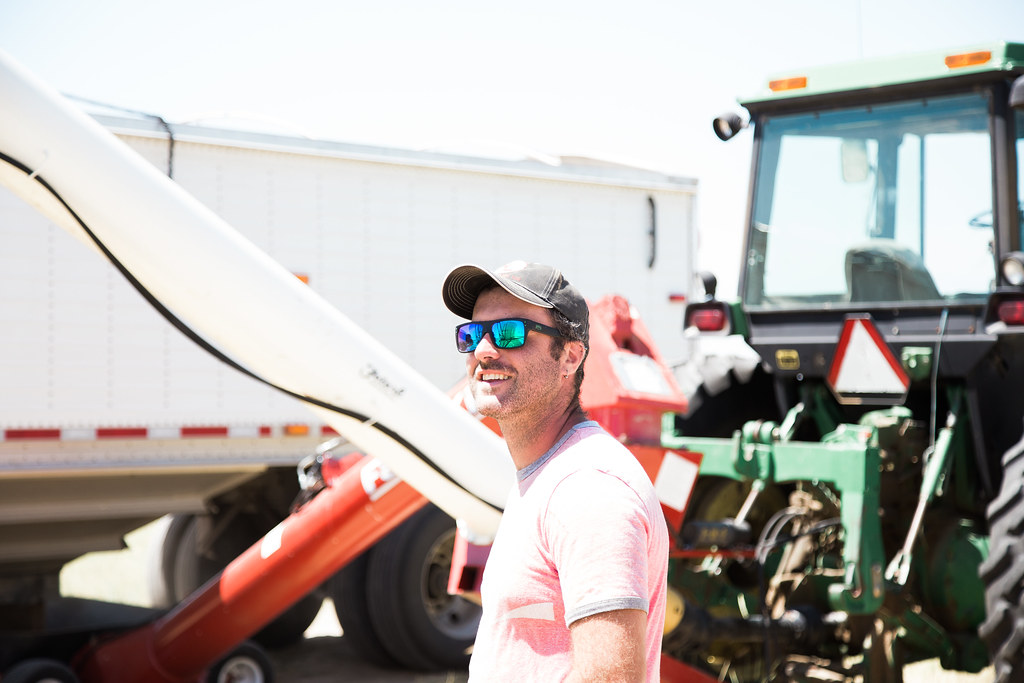 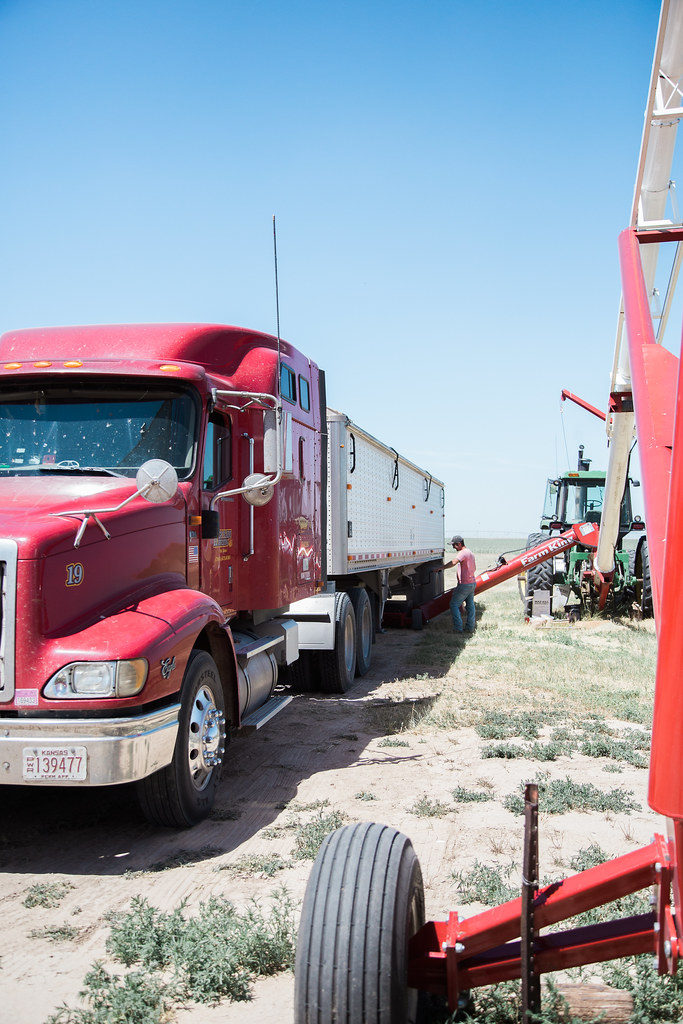 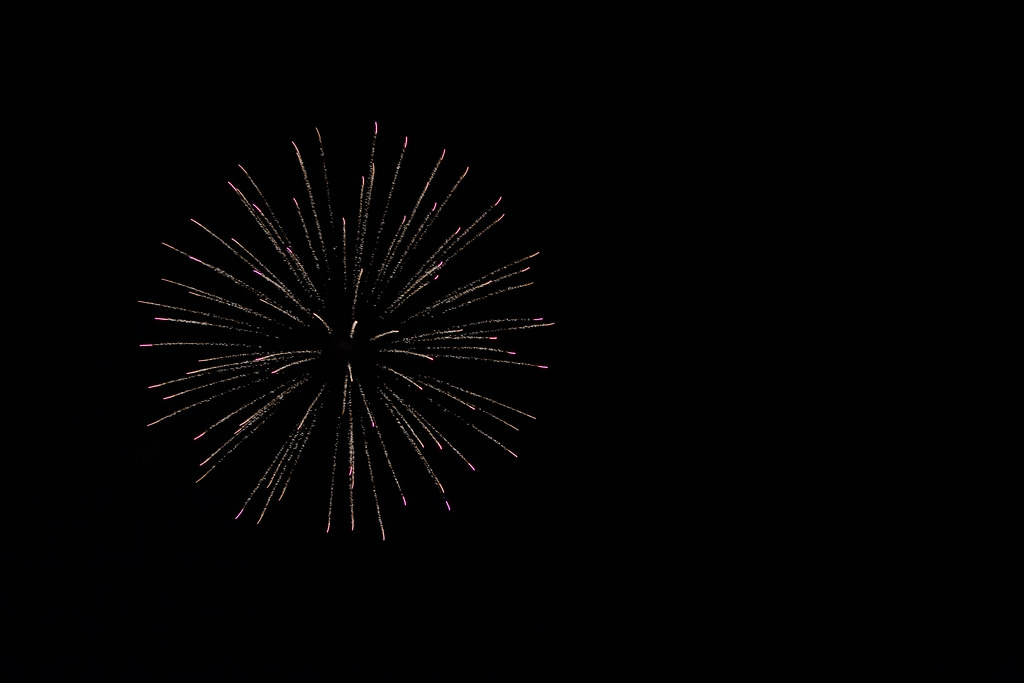 I hope everyone had a safe and happy Fourth! 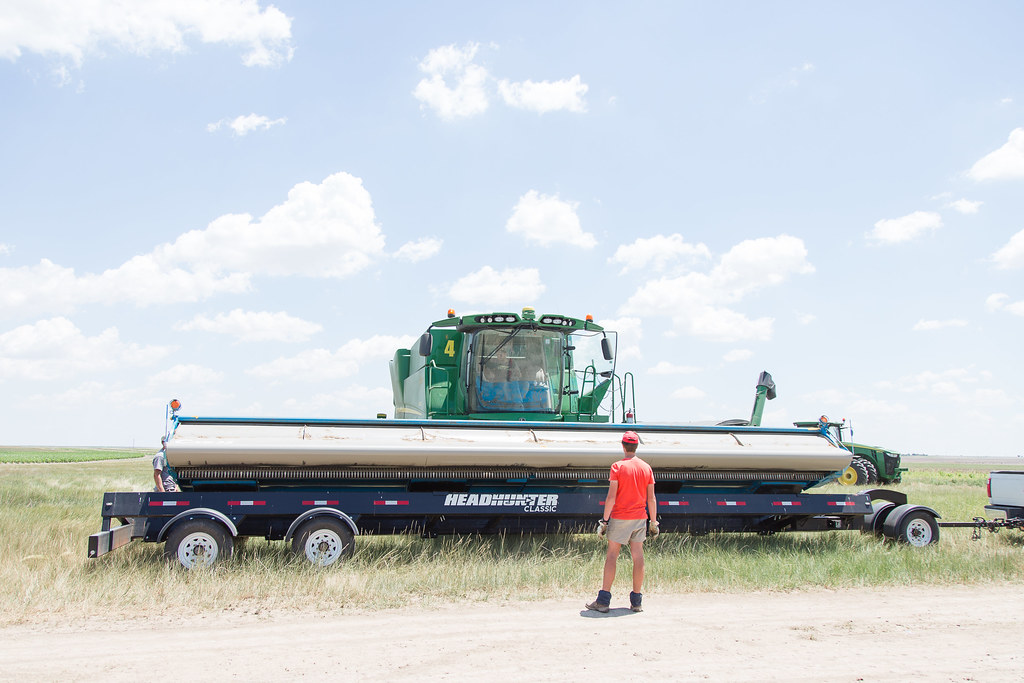 Time to move along!