North Texas—Shortly after noon I got “the call.” Ryan let me know they were going to give it a go. We made plans to head to the field because who doesn’t want to miss “The Opening Ceremonies” for the 2019 harvest season?

There’s always this sense of anticipation to start the very first field of the season. However, my feelings were starting to sink a little as I watched a thunderstorm pop up in the west. I hoped it was going to slip to the north and east, but the radar told a different story. I beat the caravan to the field and the children cheered as they watched the line of machines pull in, oblivious to the fact the celebration was about to be short lived. They had just enough time to cut an opening in the field to get everyone safely off the road and parked. Luckily it was a small shot of rain compared to the recent monsoons. Even so, it was enough that we would be through for the day with the level of humidity in the air. Tomorrow afternoon looks to be more promising so let’s hope we can finally kick off! 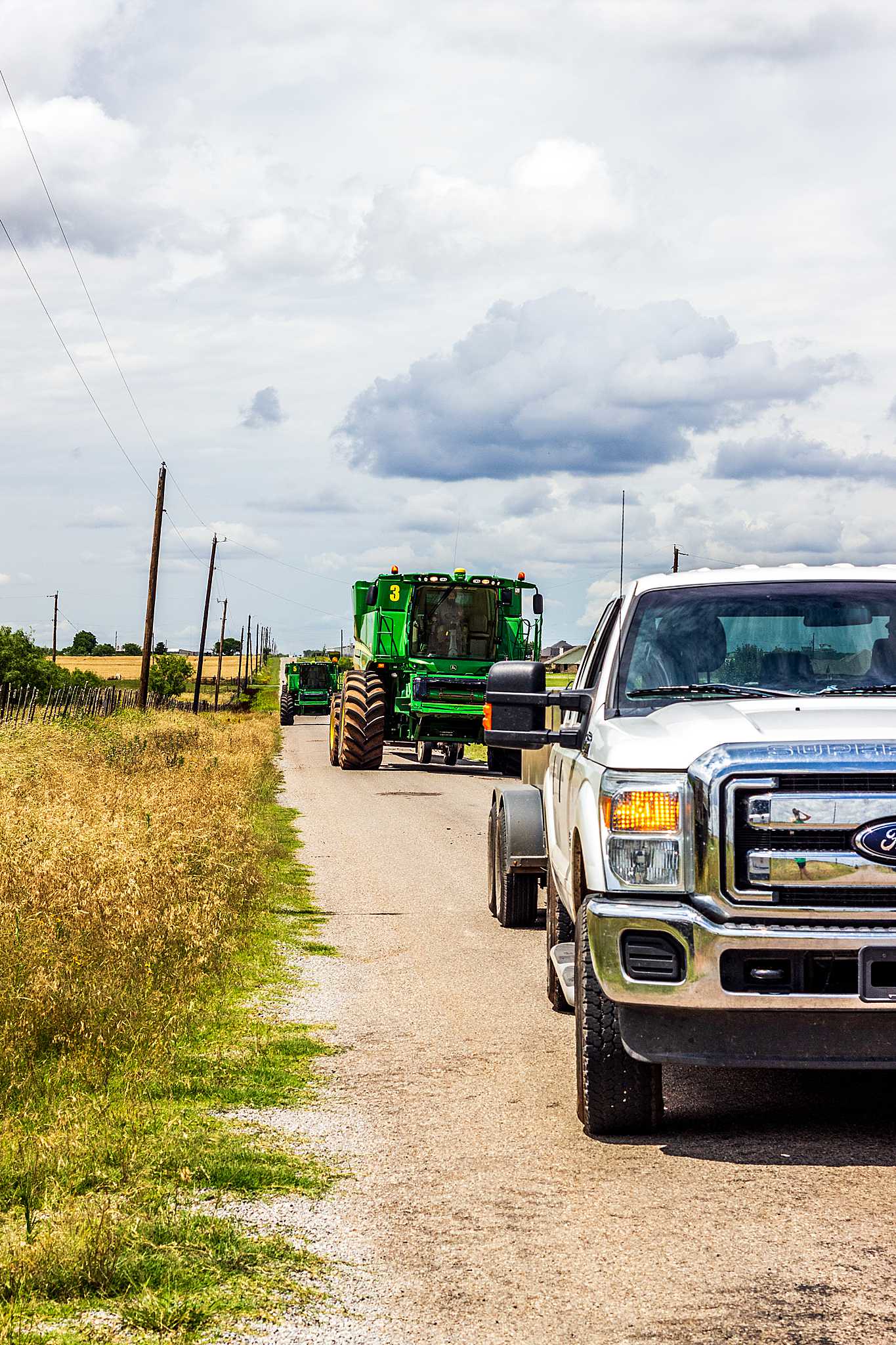 There’s just something about watching the crew roll into the first field of the season. 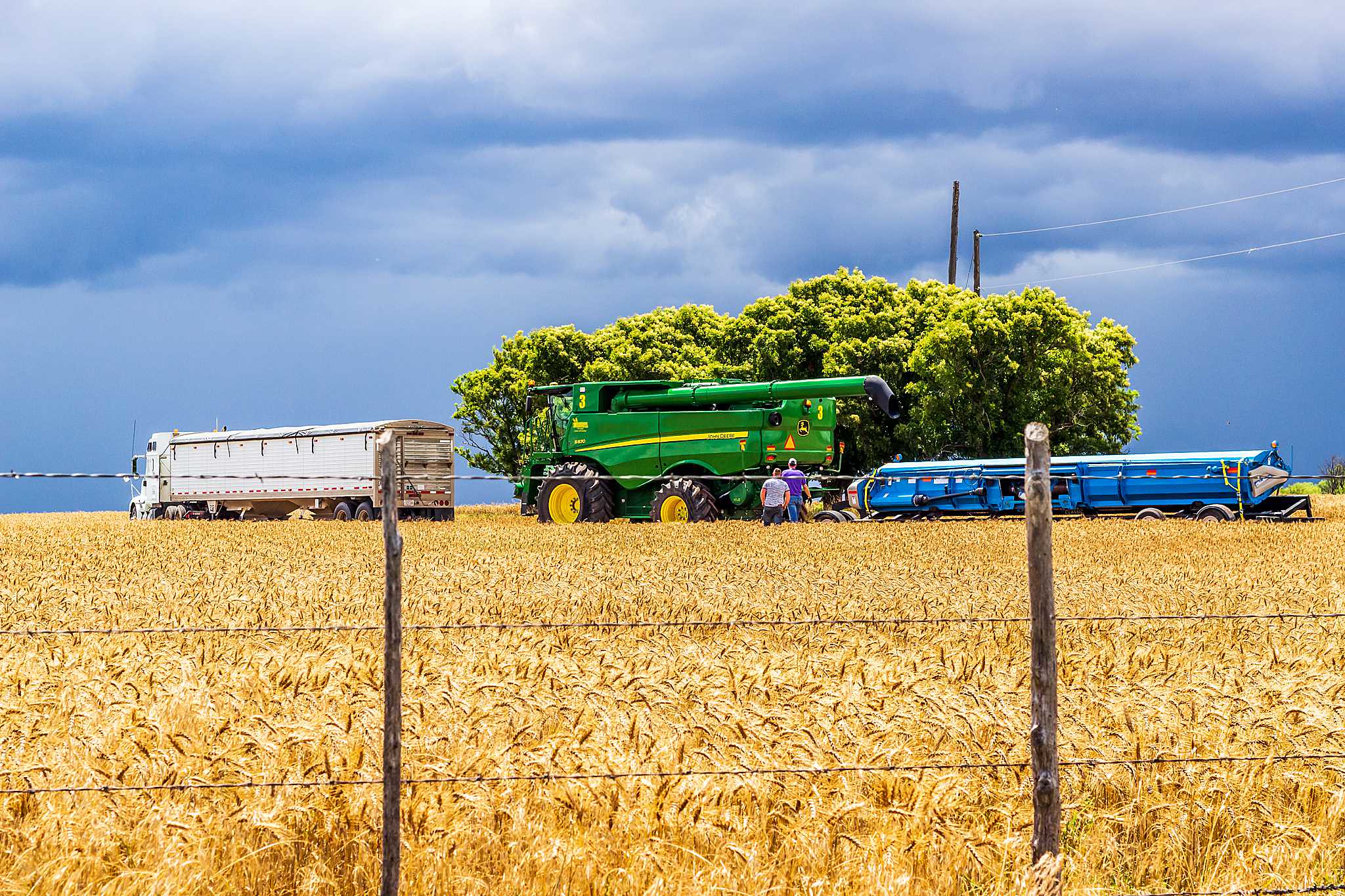 Sheesh! What are the odds of a storm popping up minutes before we are set to go? I guess actually pretty good odds with the current weather pattern! 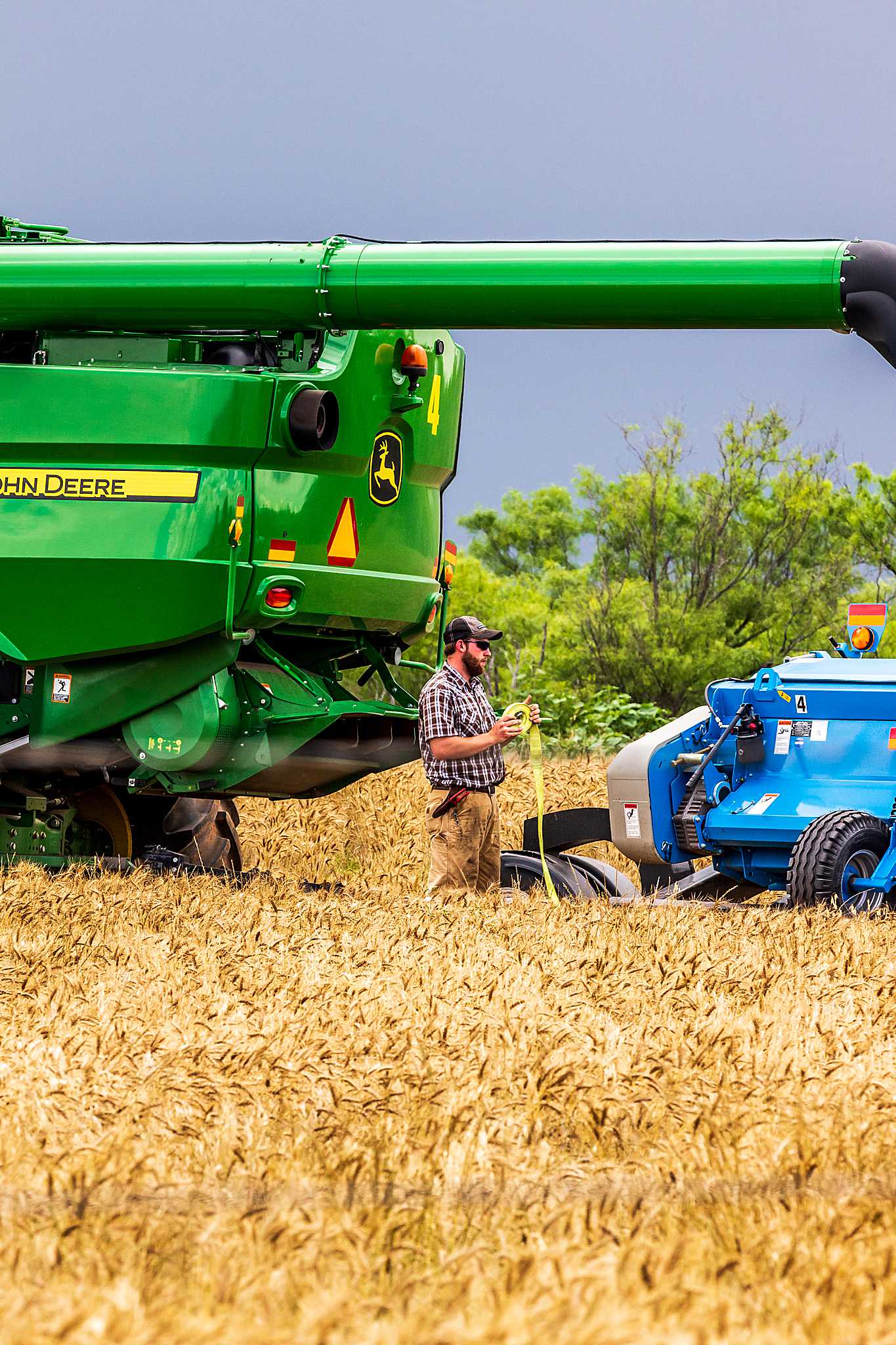 Putting away the tie downs. I think everyone was pretty bummed. 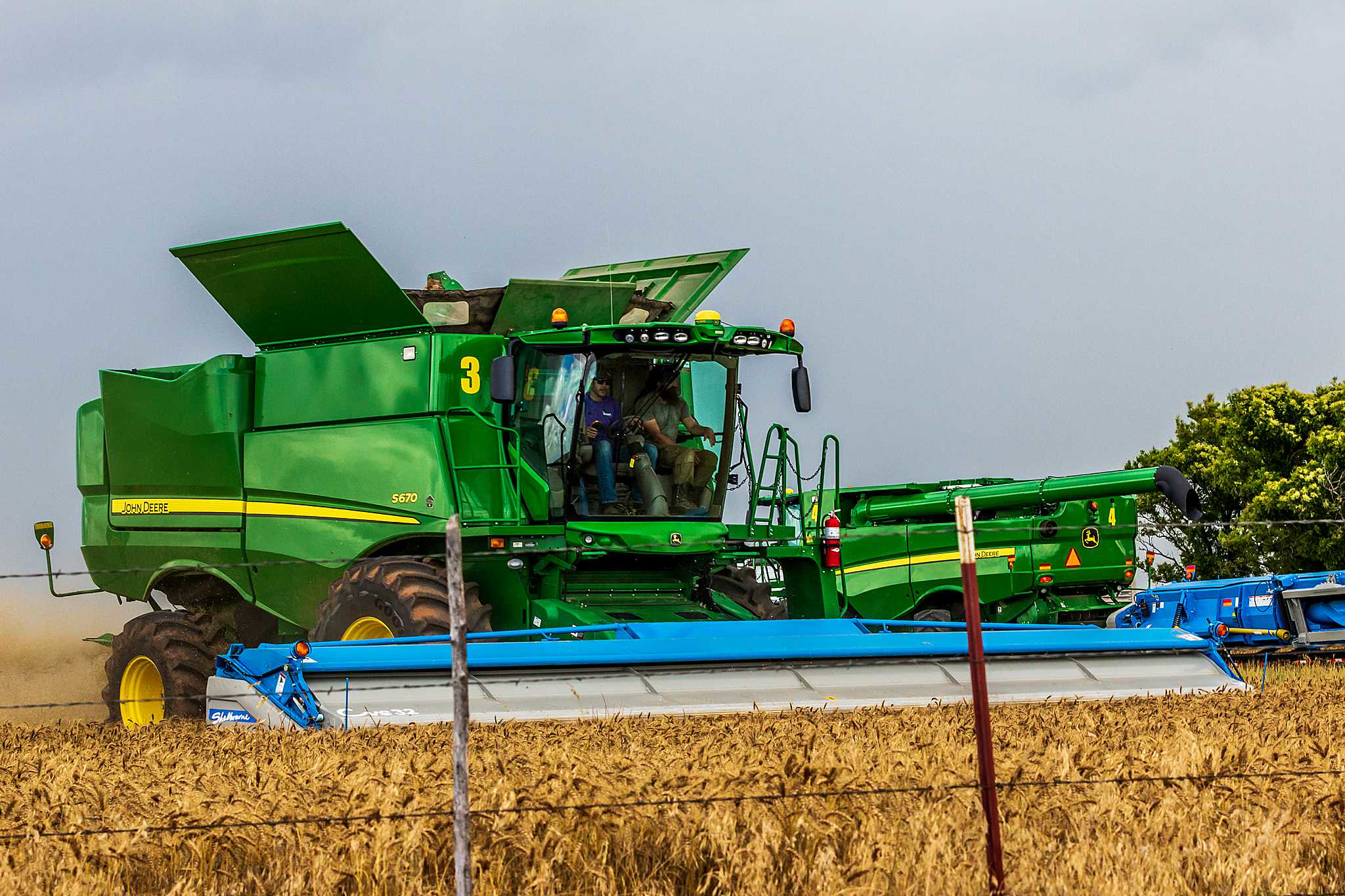 Cutting out an opening to get all the machines safely parked before the rain starts.