All Aboard Harvest | Tracy: A View From The Cab
17890
post-template-default,single,single-post,postid-17890,single-format-standard,qode-quick-links-1.0,ajax_fade,page_not_loaded,,qode-title-hidden,qode-theme-ver-11.2,qode-theme-bridge,wpb-js-composer js-comp-ver-5.4.7,vc_responsive

Chase, Kansas – Combine Cam is up and running!

One of my most favorite parts of being involved with the All Aboard Wheat Harvest has been the Combine Cam. I absolutely love being able to tell the story of wheat and harvest by actually showing others what’s happening in the field. Whether it’s the mundane back and forth of cutting wheat or a sickle section being replaced … you’re right there in the cab!

The day after we arrived to our destination, we met up with Grant (Kiowa County Media Center, Greensburg) in the farmer’s yard.

I always look forward to this Combine Cam installation appointment because Grant has become one more of those “harvest friends.” You know the kind … the ones you see once a year but when you see them it’s like 364 days haven’t passed.

This is the fifth summer Grant and I have worked on this project. What began as someone’s idea is now something that many of the All Aboard Wheat Harvest followers look forward to. And each year, Grant tries to make it just a little bit better than the year before.

After the initial “good-to-see-you-again” hug, he pulled out his box of pieces and began putting the puzzle together. Four hours later, his creation was installed and appeared to be doing what it was intended to do. 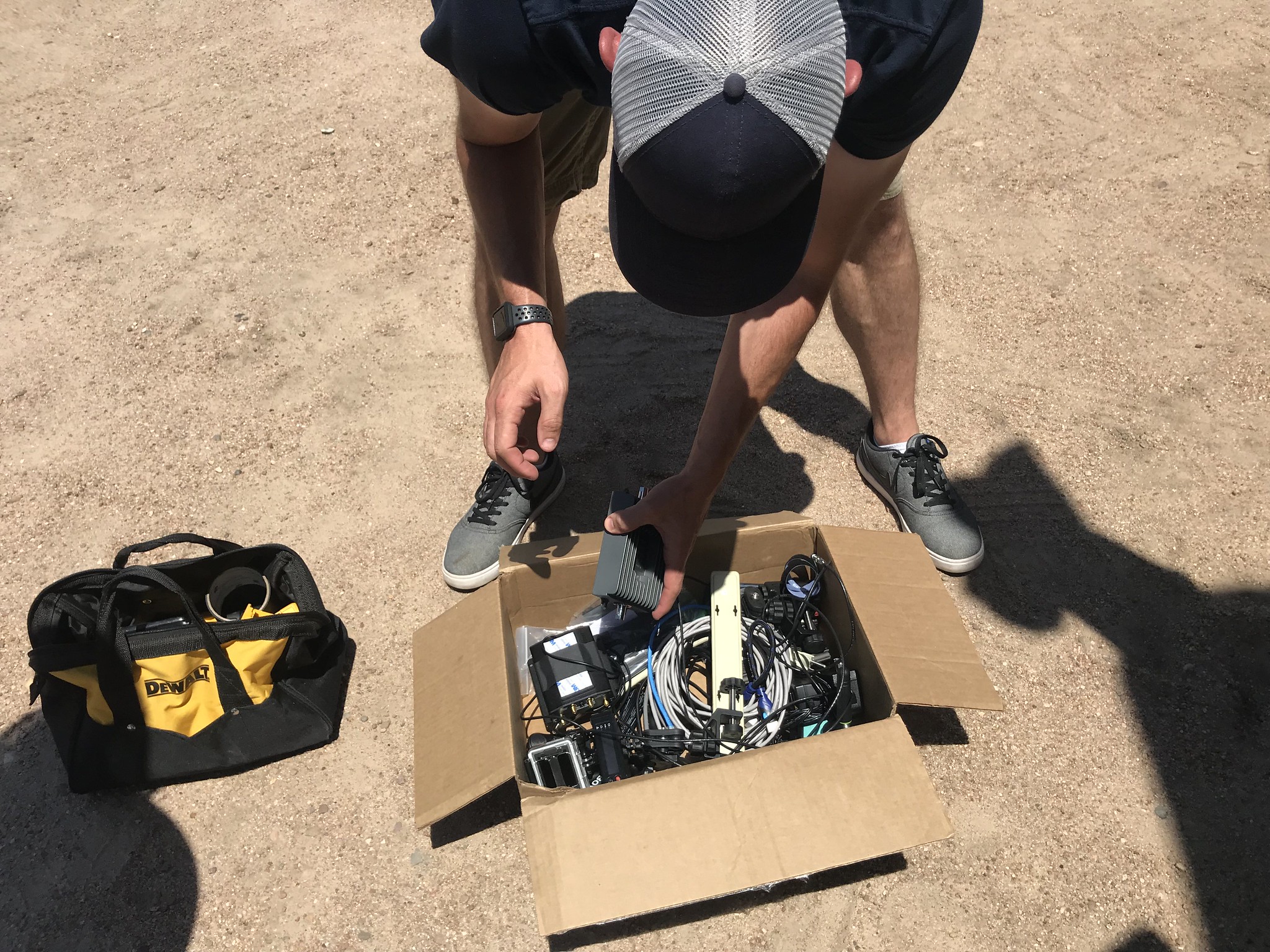 Grant begins to dig through his box of parts and pieces. 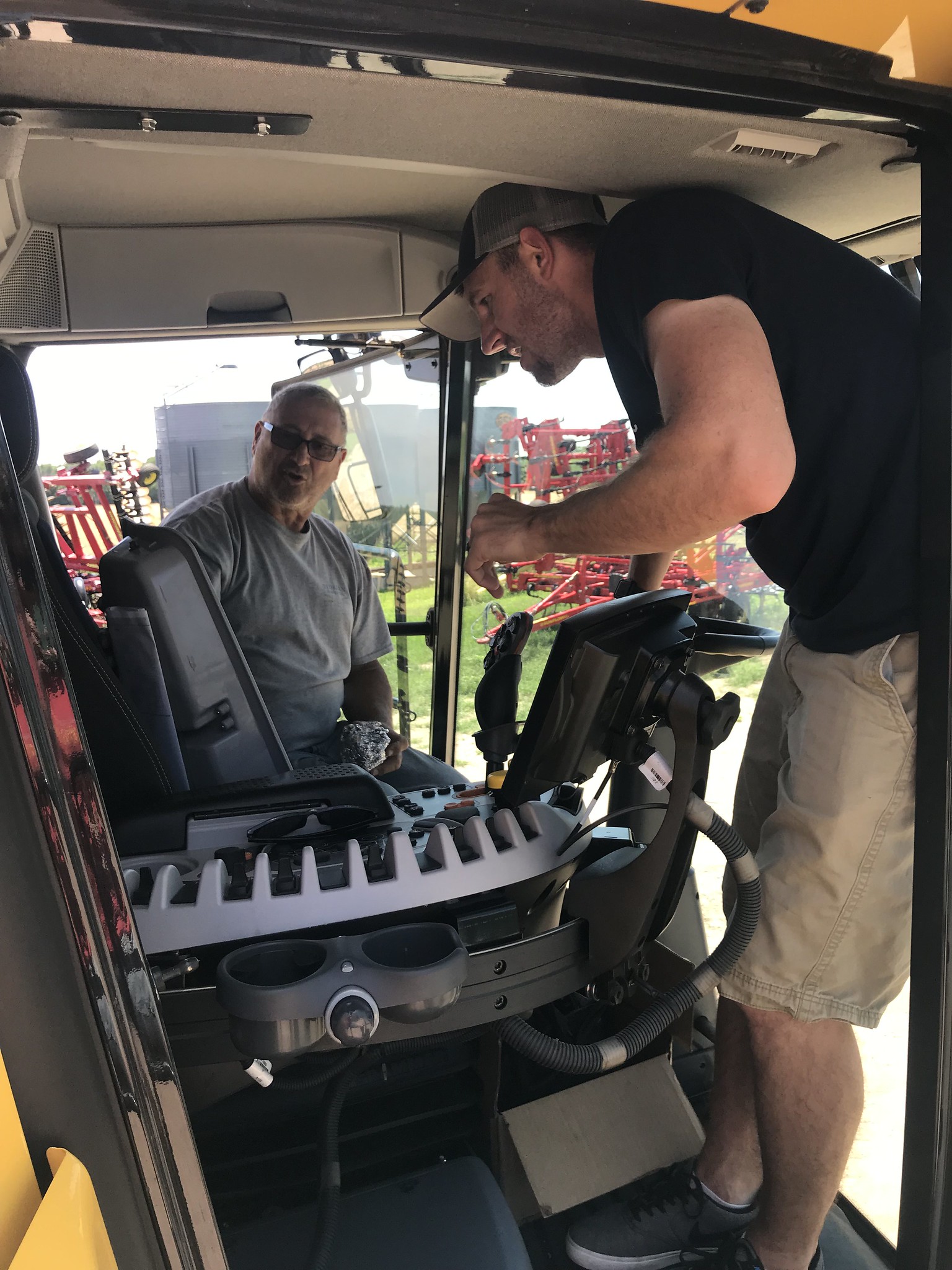 Grant and Jim begin the thought process of how to make things work. The changes made this year required a bit more thinking through the steps needed. 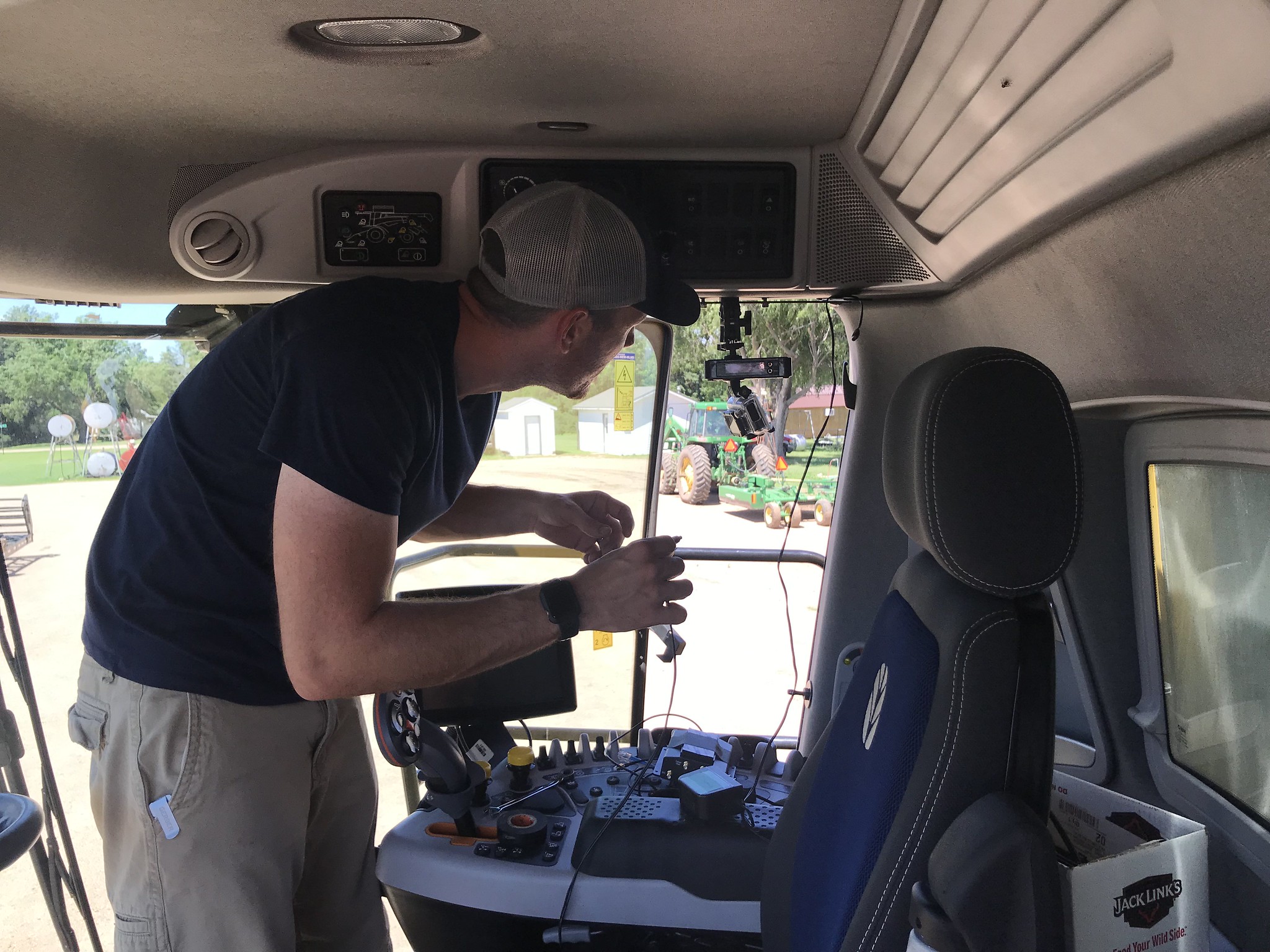 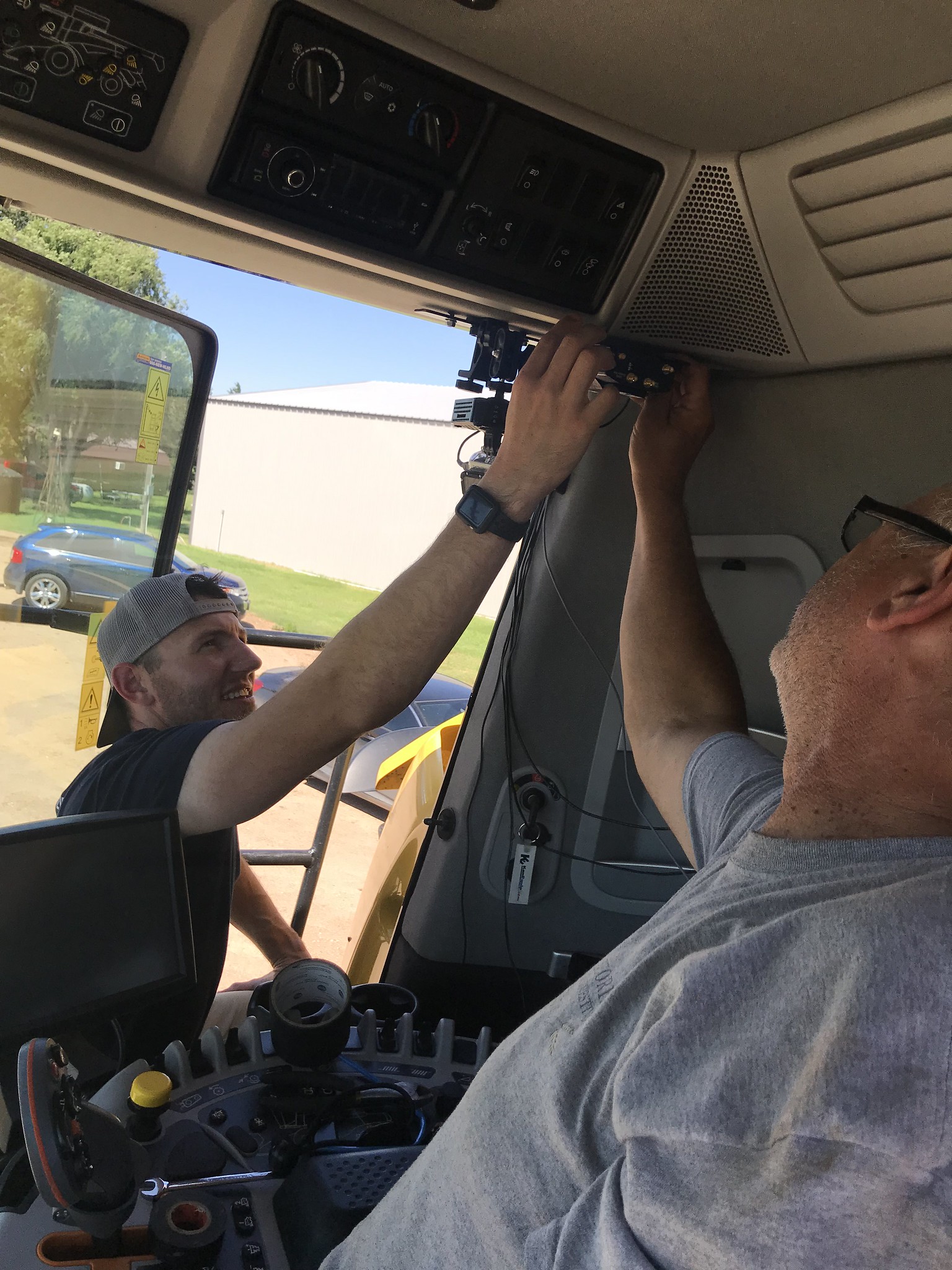 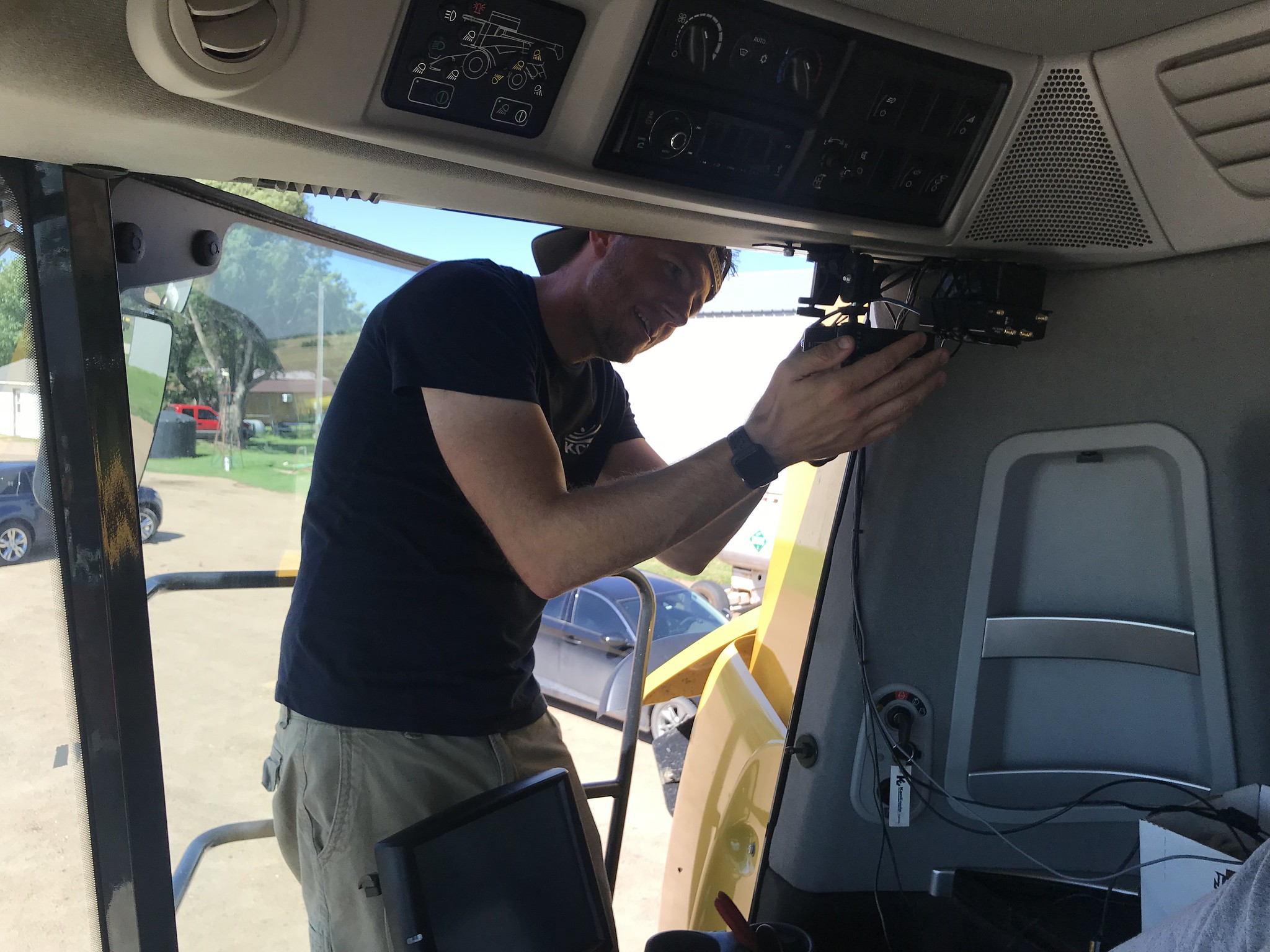 Grant tidying up the wires and making sure everything was tight. The movement of the combine can sometimes cause this to loosen.

It is our hope the additional parts and pieces that Grant added this year will be just what we need to keep the live stream running smoothly. We’re even hoping the camera will be running in areas that have, in the past, been a bit sketchy due to the lack of service, like Montana. However, even with all of the new components, it’s not guaranteed to work in the more remote areas.

Be sure to click on the link found at the top of this page titled,  “Combine Cam” to see what the heck the Z Crew is up to. As long as we’re in the field and the service is there, you can ride along with me in the cab. The buddy seat is usually vacant, so won’t you join me? 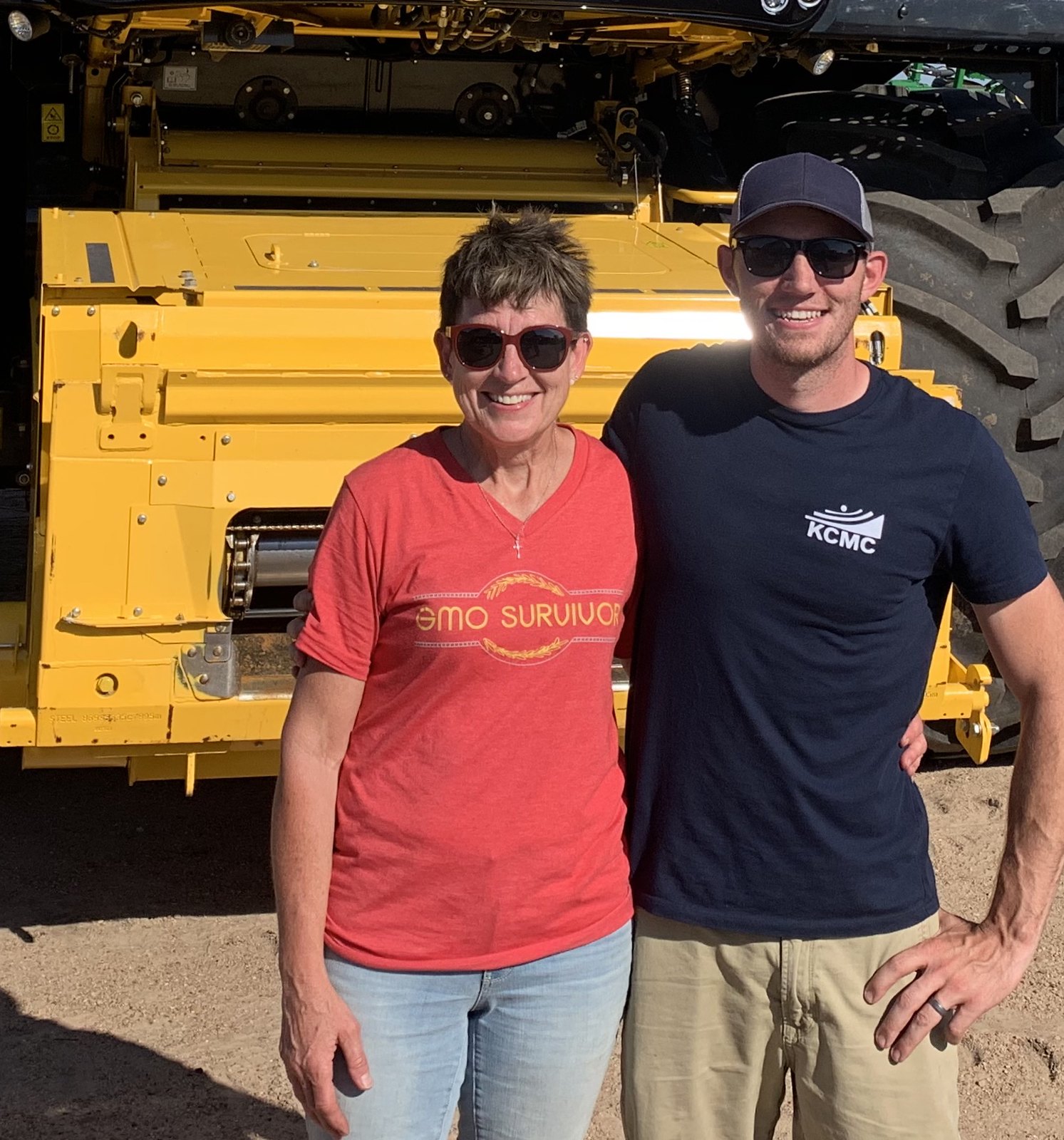 My thanks to Grant and the Kiowa County Media Center for getting this crazy idea of streaming a live feed from the cab of a combine to the entire world. It’s amazing to see the many different parts of the world represented by the people who will contact me letting me know they’re sitting in the cab and watching what’s going on in the wheat field. It definitely makes this great big world seem a whole lot smaller!

Until next time …”Every great dream begins with a dreamer. Always remember, you have within you the strength, the patience, and the passion to reach for the stars to change the world.”—Harriet Tubman