All Aboard Harvest | Janel: A hopper full
17921
post-template-default,single,single-post,postid-17921,single-format-standard,qode-quick-links-1.0,ajax_fade,page_not_loaded,,qode-theme-ver-11.2,qode-theme-bridge,wpb-js-composer js-comp-ver-5.4.7,vc_responsive

Western Kansas—In the harvesting business there are no two years just alike. Last year when we were harvesting in Kansas we were short on work.  This year we are overloaded and trying to keep so many customers happy.  It is so nice to see Kansas having a very nice wheat crop this year as was expected with all the moisture they had.  However, I didn’t know it was going to be as good as it is and it doesn’t take long to get a hopper full with the outstanding yields.

We were recently cutting east of Dodge City and had a lot of good wheat to cut but not everything went our way. We had a major combine breakdown and hauled the combine to the dealership where we bought it.  Overall I’m very disappointed it took so long to get it fixed but glad it finally did get fixed.  It took many phone calls and a lot of wondering if it was ever going to get done.  The combine customer support had all of the parts on their trailer except for one.  The one part showed a stock level of zero at all warehouses and dealers.  They had to have one sent overnight from the factory.  The one part was ordered but we all know there’s a risk that it won’t really show up overnight.  It did arrive to the dealership late the next afternoon but there was a miscommunication between the dealer and the customer support.  The dealer claimed not all the parts showed up.  Only one part was ordered and did show up but they thought all the parts had to be ordered.  There was supposed to be an understanding that whatever parts the dealer did not have they would get the parts off the customer support trailer but the dealer didn’t understand that apparently.  Long story short, I think the combine could have been fixed two days sooner.

The wheat near Dodge City yielded very well and most of it made at least 70 bushels per acre. The test weights were all very good, too, weighing in at 61 to 64 pounds per bushel.  It was a very nice crop but we had to cut it so slow and low because most of it was lodged.  We could have finished up there sooner but the combine breakdown and miscommunication on parts caused too much downtime and way too much stress.  Talk about a headache.  It wore me out.

We are now using our blue headers in western Kansas to harvest super good wheat. The wheat is making over 90 bushels per acre.  Really, it’s almost unbelievable.  It is one of the best wheat crops I’ve ever harvested.  Now if there are ever two years just alike in harvesting let’s hope next year’s wheat crop is just as good!

All Aboard Wheat Harvest is sponsored by High Plains Journal and John Deere.  Janel Schemper can be reached at janel@allaboardharvest.com.

A storm on it’s way near Dodge City, Kansas.

A field meal.  I love mashed potatoes and brown gravy. 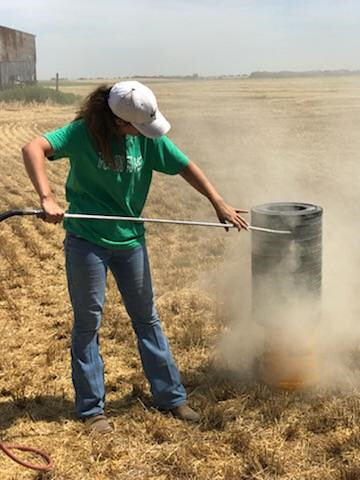 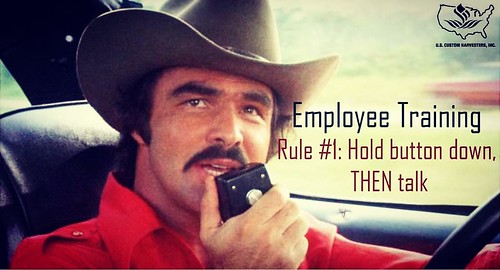 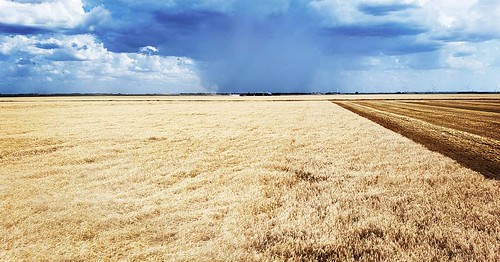 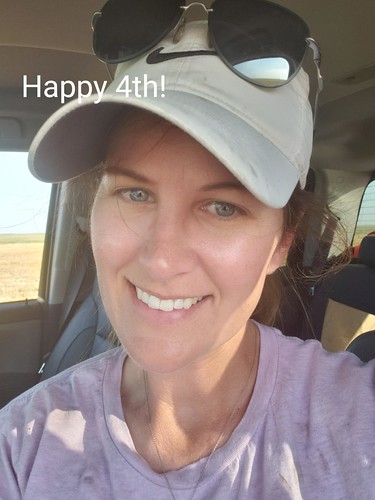 Celebrating the 4th of July the only way I know how – working and in the field! 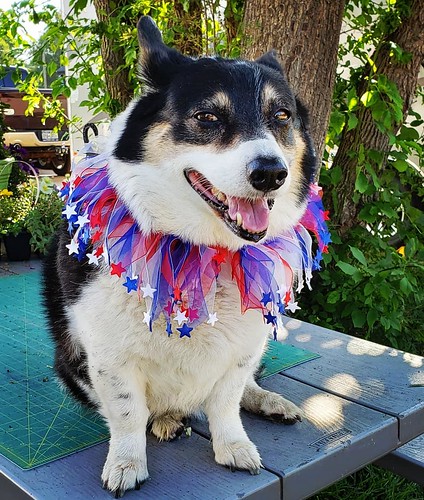 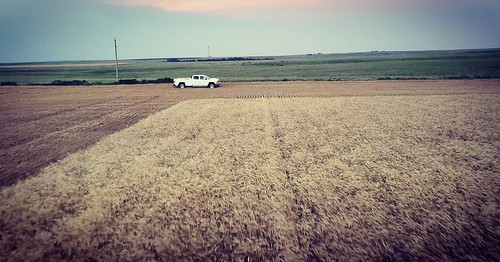 The grass is very green near Dodge City, Kansas, this year. 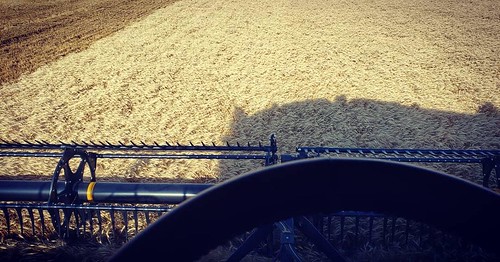 I love having clean wheat to cut! 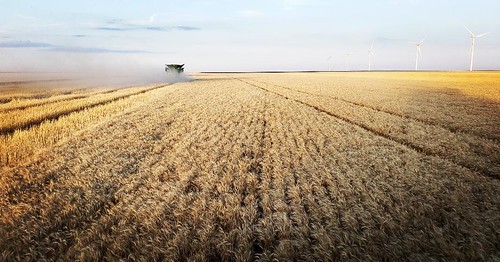 An outstanding wheat crop in western Kansas this year. 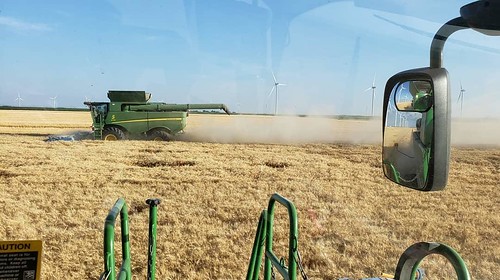 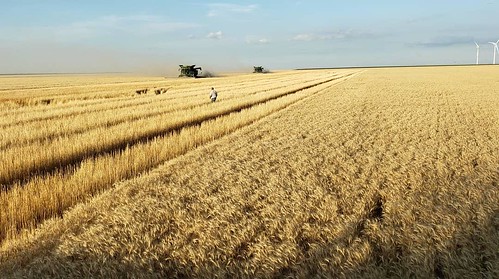 Harvesting wheat in western Kansas.  JC was checking behind the combines making sure all four combines were doing a good job.

Making the first round at a new field.  A beautiful field of wheat in western Kansas.