Northern Texas—I’m writing while listening to the rain patter on the roof of the camper. It’s my first rain of the season while out on the road. Listening to the rain after the crew has finished the southern most stop is a satisfying feeling. Our crew starts in northern Texas and plans to end the summer wheat run just shy of the Canadian border. If all goes to plan, we will have harvested in seven states prior to returning to Kansas for fall crop.

Harvest was a mixed bag here this year. The yields ranged from abandoned (zero) to 50 bushels per acre though 20 to 30 bushels per acre was the average. Some fields struggled due to the late season freeze or hail.   Upon arrival, the crew found themselves in what appeared to be rainy spell. If you’ve been reading the blog for the past several seasons, you will know that has been a bit problematic at harvest time since the drought broke a few years back. One hates to wish away rain, but one also hates to pull machines from the sticky mud. Its a fickle game this farming thing. However, they took some of the rain out of the forecast, and we were able to run well once we got going.

Little Man and Lady A were excited to be back in the field. They couldn’t wait for their first ride, however, for a moment it was lost on me that it was their first ride of the season and they hadn’t been in a combine in months. I’ve reached the age where seasons and time are starting to blur. It felt like time had not passed since we were here last and we were picking up right where we left off. If time slowed down a little, it wouldn’t hurt my feelings, but I’m told that’s not what happens. 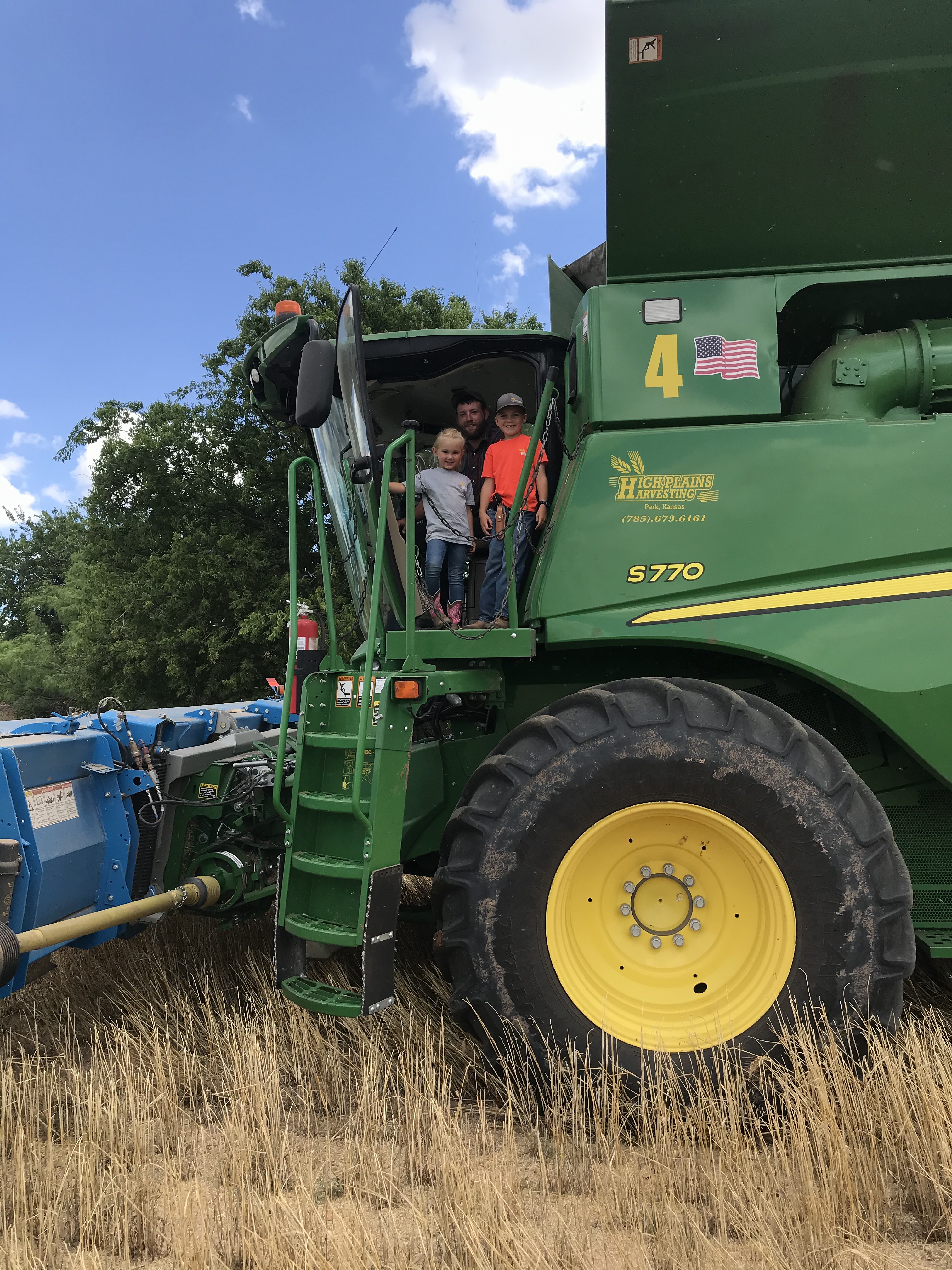 First ride of the season! 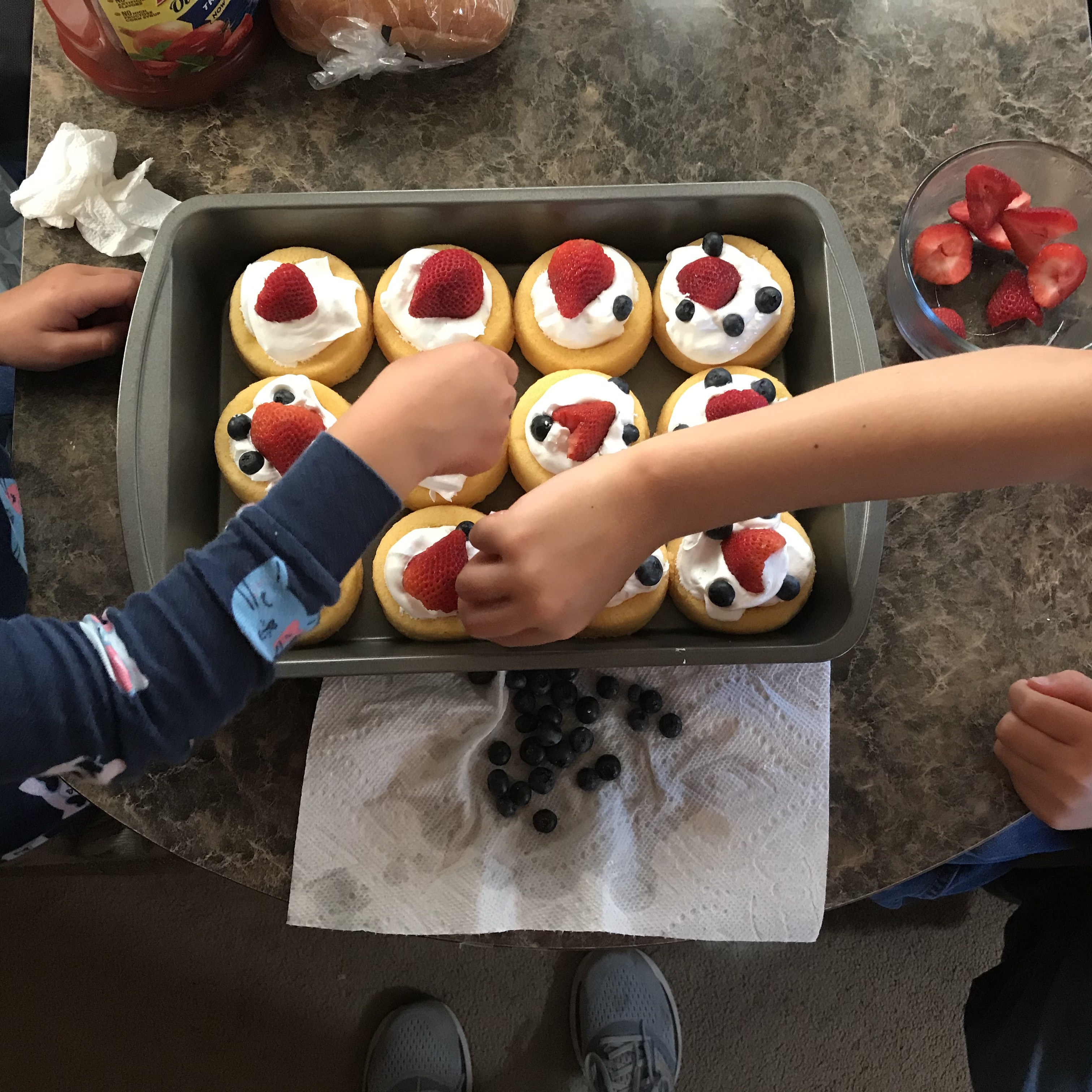 Time marches on and these two are starting to be big helpers! 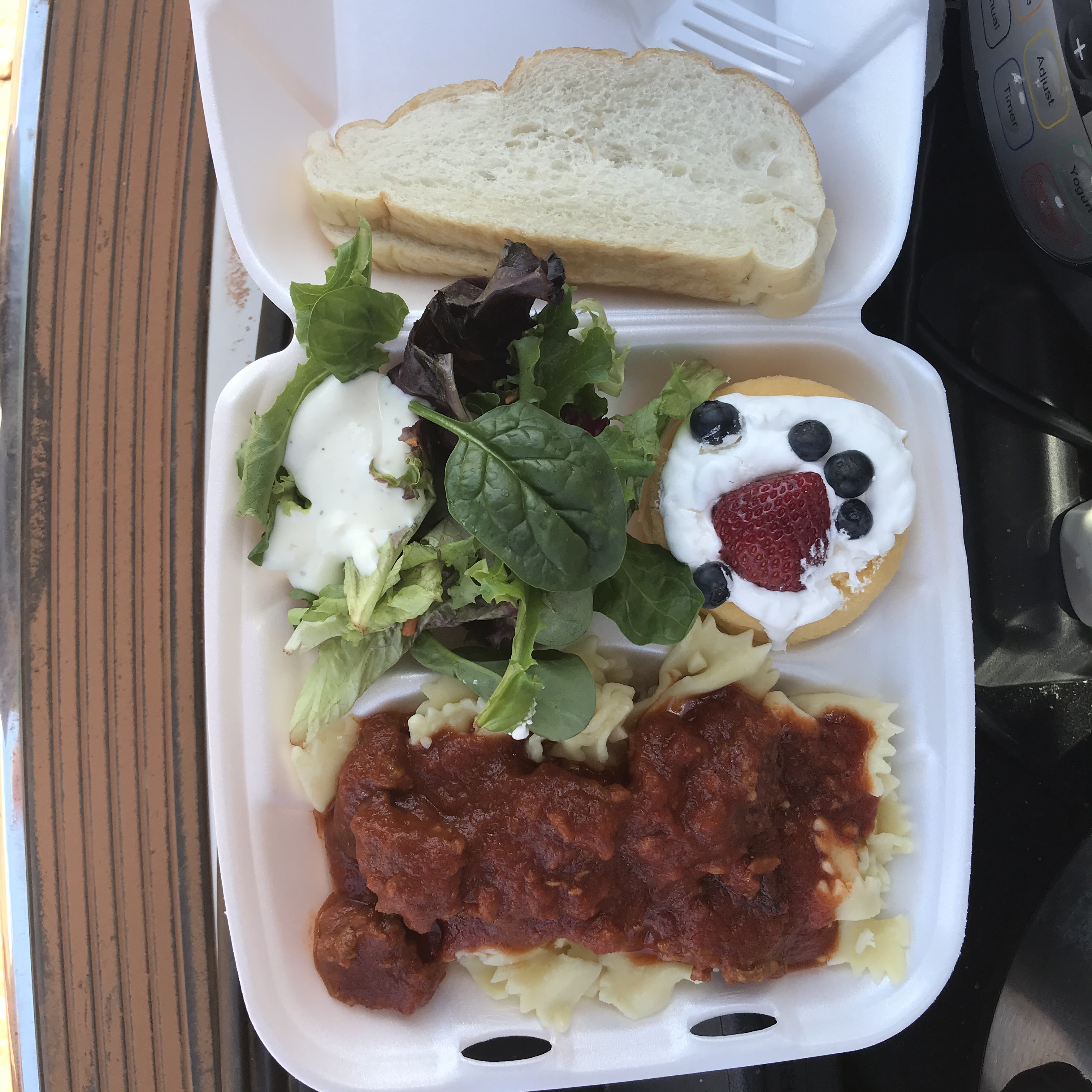 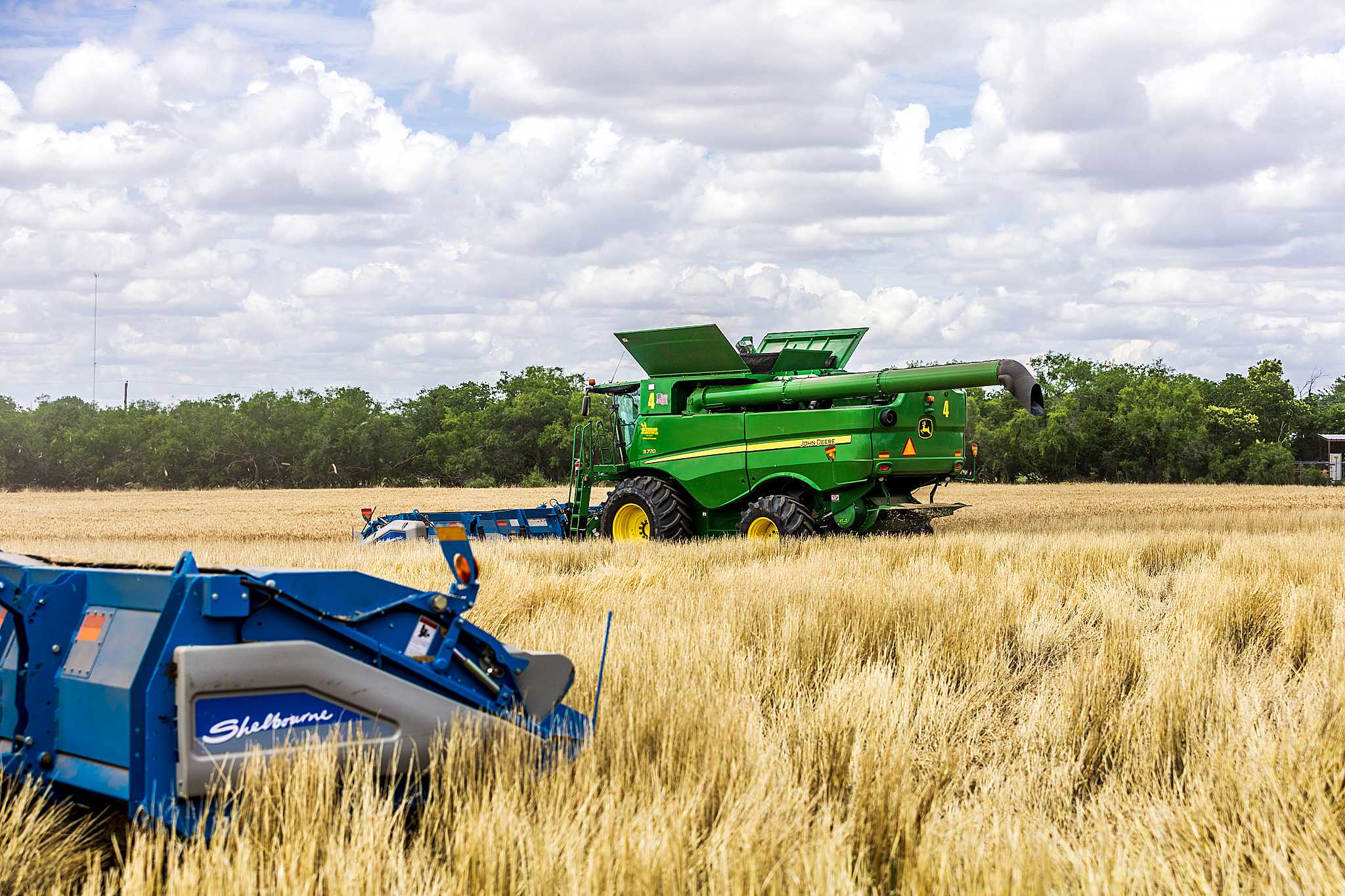 I can almost hear the hum of machines through the photo. 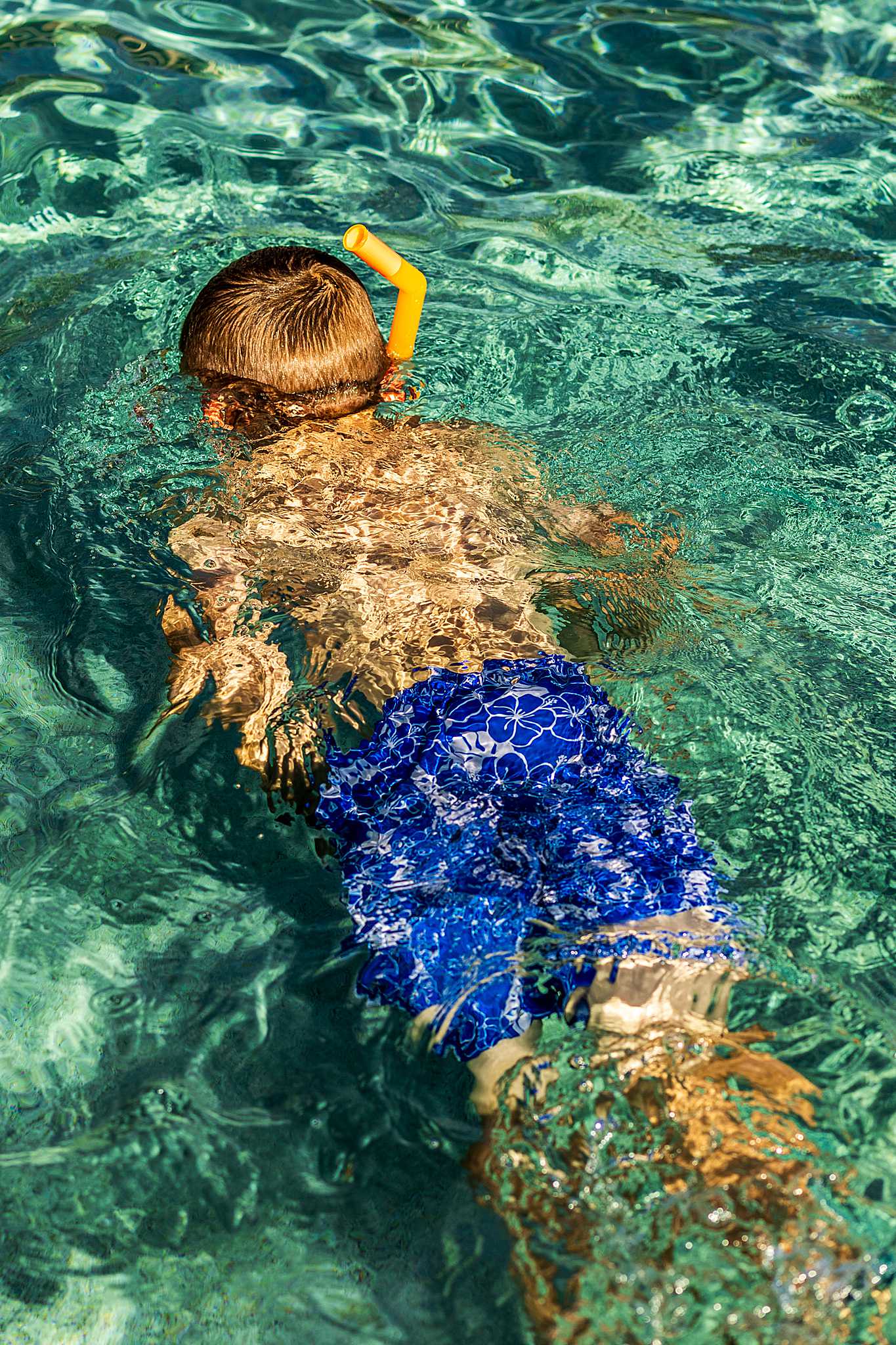 After a long day of making and hauling meals, riding in combines, and all things harvest, Little Man managed to find some time to snorkel in the campground’s pool.

The video above is a couple of the combines stripping wheat in north Texas.

All Aboard Wheat Harvest is sponsored by Unverferth Manufacturing Co., Inc., Oklahoma Baptist Homes for Children, Agri-Pro, Gleaner, BASF,  and High Plains Journal. Laura can be reached at laura@allaboardharvest.com.