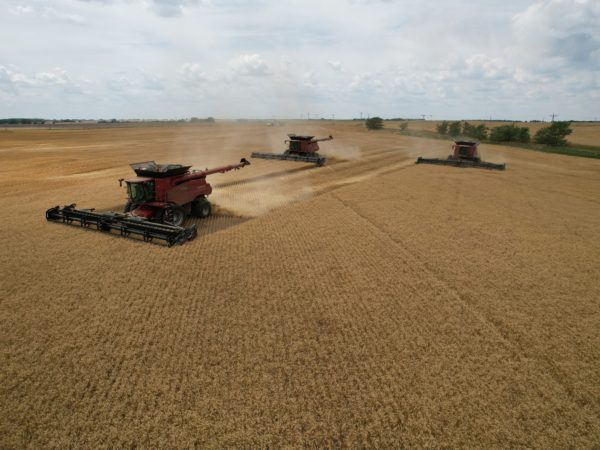 This week on harvest we’ve become seriously busy. We started the week split into three crews, working hard to try and wrap everything up to get on to our next stops. Playing catch up has become the general theme this year.

Gary and Rhonada have a crew in Perryton, Texas. Gary says everything looks good down there, and the wheat is averaging about 35 to 40 bushels per acre. He has about 900 acres to cover to be done, and hopefully they’ll be able to get to Tribune, Kansas, on time.

Paul and I had a crew in Anthony, Kansas, and then after miraculously finishing last Friday, we moved to join the third crew in Pratt, Kansas. The wheat in Anthony averaged about 60 to 65 bushels per acre with tests weights between 62 to 64 pounds. 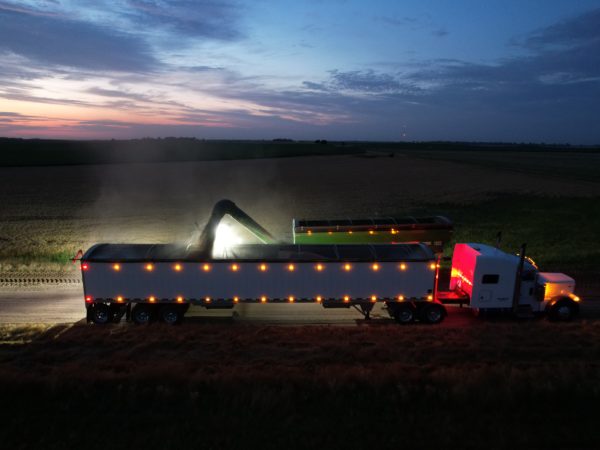 The weather in Anthony held out pretty well, until our last night cutting. With only a few fields left, the forecast turned ugly. I looked at the radar to see if it was worth bringing supper out, and I almost didn’t. I felt sure the guys would be coming in.

I decided to take supper out anyway. Somehow this storm that appeared to be coming right at us, went around. We were so close to being done, and we really needed to move up and help in Pratt. I couldn’t believe it didn’t rain, and I’m really glad I brought supper out.

When Paul came in that night, he said they had about 15 to 20 minutes of cutting left when another storm came through at about 10:30 p.m. After it started sprinkling, he told everyone to start moving up to the trucks because he was sure it was about to down pour. Then, it just stopped, and went around. Two times in one evening we dodged storms to complete our stop in Anthony. That night was a huge relief because the forecast in Anthony became rain chances pretty much everyday for the next week. 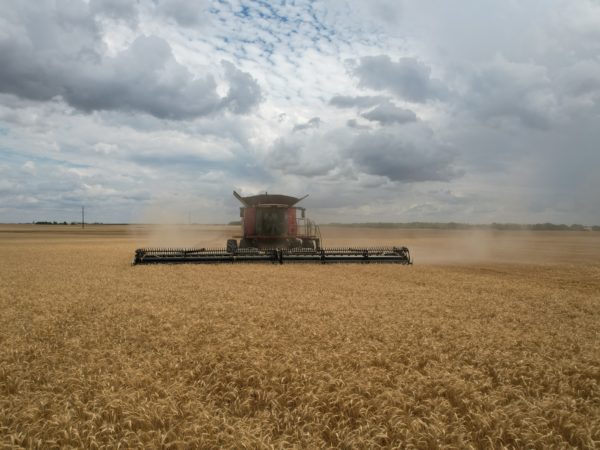 Since Rhonada went back down to Texas, I don’t have her pickup to move the camper with. So, Paul hooked everything up to his semi to get us moved up to Pratt. I thought it looked like a pretty awesome upgrade. 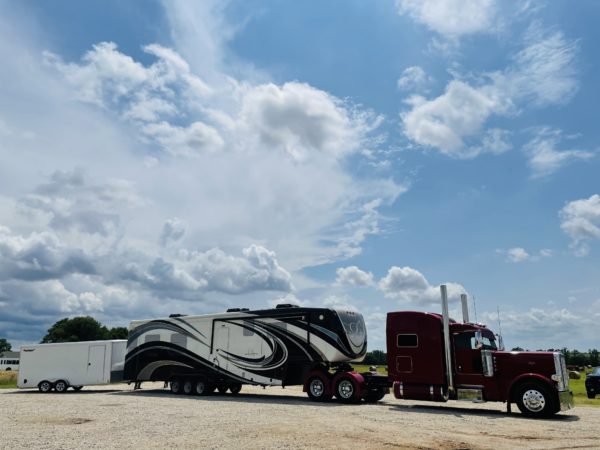 In Anthony, we park next to Zoey’s Uncle and Aunt, Jeff and Haley Paplow. Their two boys, Sutton and Kayson, get to spend some quality time with Zoey. They enjoyed many games of UNO, swimming in the blow up pool, and digging a home for a few frogs they befriended. We also squeezed in a trip to the zoo in Wichita. 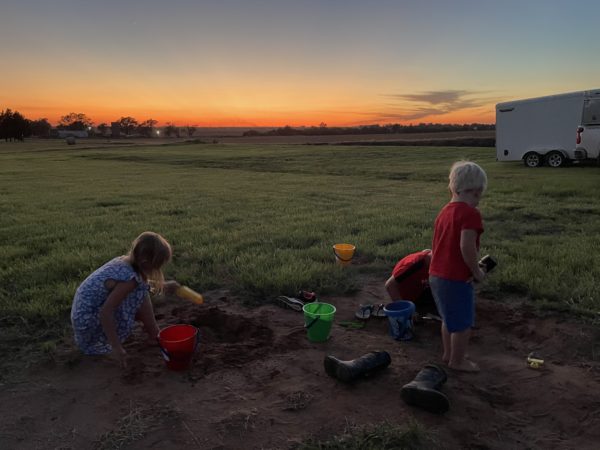 This coming week, we should all make our way to Tribune, Kansas. This is a big stop for us, and all our machines will be needed here. Hopefully the rain will stay away so we can try to catch back up to where we should be in our schedule. 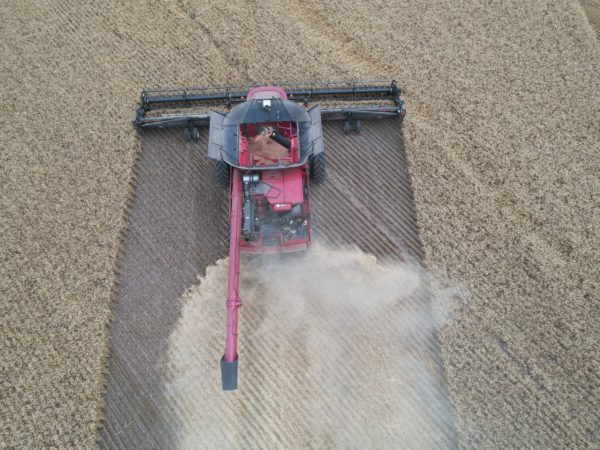