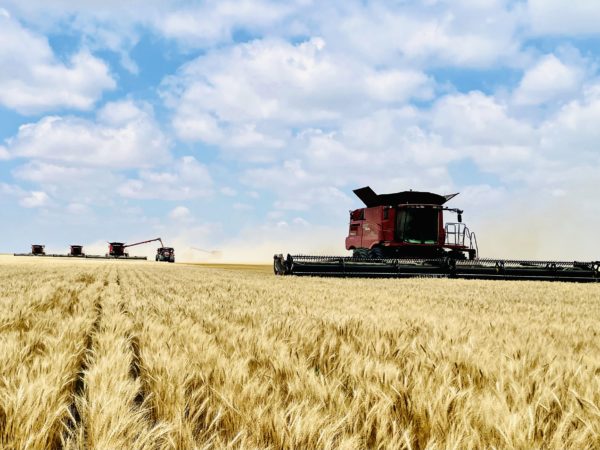 We felt a little relief this week wrapping up our stops in Anthony and Pratt, Kansas. Six machines pulled into Tribune, Kansas, Tuesday and we started on one field Wednesday before running into wet wheat. The service isn’t the greatest out here, so I ended up out there with supper just as all the machines were being parked. The wheat is averaging 30 to 60 bushels per acre and the moisture has been all over the board, between 12 and 16%. 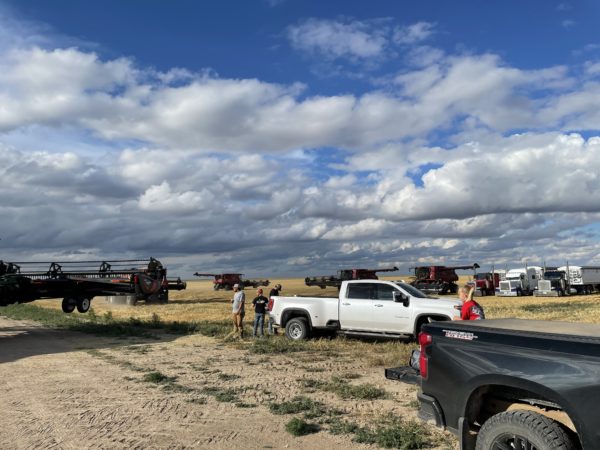 After getting a wet start here in Tribune, we cut for a couple days before more rain hit. 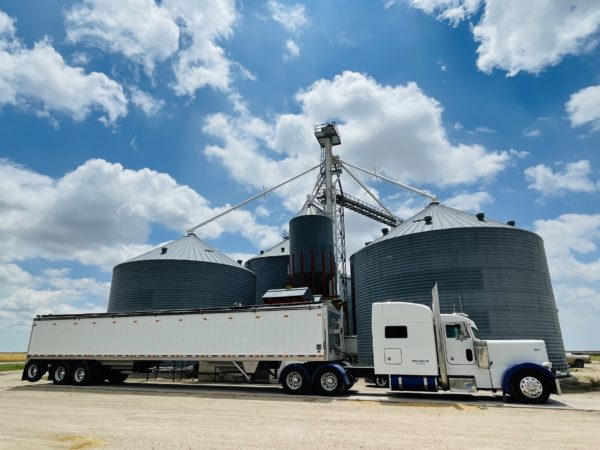 Saturday night into Sunday morning brought some gentle showers. We felt pretty optimistic that the weather would clear up, and we could keep working. That wasn’t the case. 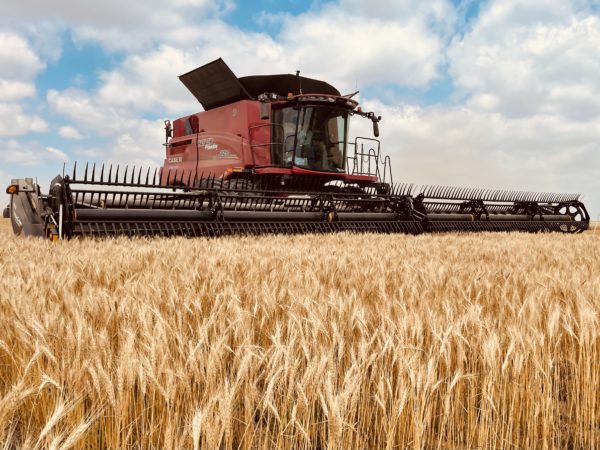 Since it rained again, Paul, Zoey, and I got to spend some rare family time. Just the three of us took off for Garden City Sunday to make a Sam’s run and pick up fireworks. It doesn’t happen very often that during harvest we get to do something by ourselves. It was great to get away, even if it was only a few hours. 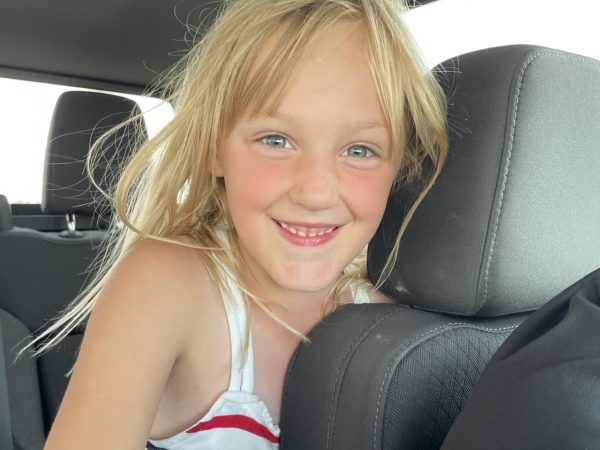 For the Fourth of July, as I was busy grilling supper, we had one of those out of nowhere pop-up thunderstorms. I didn’t get a picture of when the rain and hail hit because I was trying to save the food. It still turned out okay even after being left on the grill while it poured. 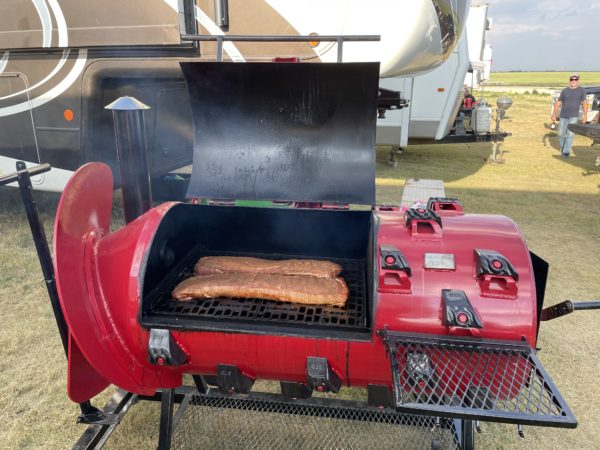 The storm on the Fourth dumped somewhere between 1 to 2 inches of rain in town and gave us about 5 to 10 minutes of dime size hail. A few trailers and pickups in the campground didn’t fare very well, but most of the vehicles look OK.

The farmer stopped by this morning and said the crops he had looked at so far were OK, and that the combines are in quite a bit of water. He said it was a little on the ambitious side for him to drive out there as far as he did since the roads are a muddy mess. I’m not sure how long it will be before we get out there, but I hope we aren’t held up for too long.

Gary and Rhonada finally moved up to join us this afternoon. Rain delayed progress for quite a few days in Perryton, Texas. We’re glad to see them roll in since the six combines here won’t be able to move right now. 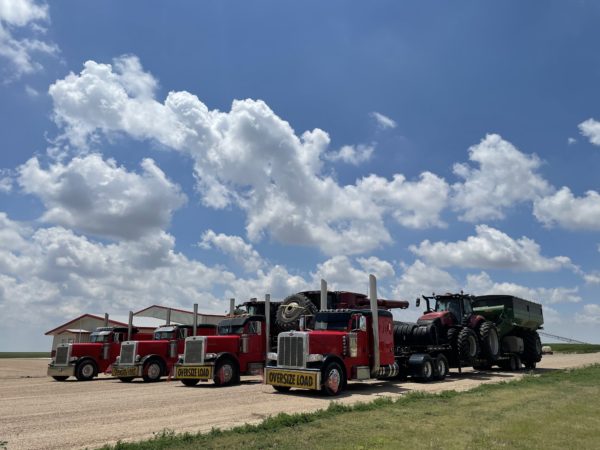 A call from our farmers in Montana told us that some winter wheat could be ready between the 10thand 12thof July. That doesn’t give us much time to finish Kansas and make our stop in Nebraska. As it is, we had to share our job in Colby, Kansas, with another harvester because we just can’t get there. Normally Colby is where we are for the Fourth of July.

This next weekend I’m guessing we’ll be packing up and making the very long move to Montana. It will be a little farther than usual since we’re taking off from Kansas.