All Aboard Harvest | Laura: The harvester stories continue
21512
post-template-default,single,single-post,postid-21512,single-format-standard,qode-quick-links-1.0,ajax_fade,page_not_loaded,,qode-title-hidden,qode-theme-ver-11.2,qode-theme-bridge,wpb-js-composer js-comp-ver-5.4.7,vc_responsive

Nebraska—This season I’ve had a theme and pleasure of introducing other crews and industry professionals to the readership. I hope you’ve enjoyed learning about them. This will be my final crew highlight for the summer run with the exception of my final post of the season which will have a different twist as well.

On the day we met, he emerged from his truck with a bounce in his step and twinkle in his eye. I got the sense that I may need to be on my toes with this one and I was right. Justin Briggs, of Briggs Harvesting, is a man who knows how to get down to the business of harvesting but has also experienced enough life to know that a sense of humor, sprinkled with a little fun along the way, makes the world a brighter place. We’ll return to the chuckles a little later in the article.

Briggs Harvesting is celebrating their 21st year in business. Originally, it was his brothers who were involved with the harvesting while Justin ran a Car Quest store. Eventually, roles changed. Briggs now runs the harvest crew while his brother operates the farm back home near Imperial, Nebraska. Farming and harvesting are a great synergy for this family as it allows maximum utilization of their equipment.

When asked what keeps him going after several decades in the business, his reply was his customers and employees. He has developed strong relationships with both groups over the years. This keeps him returning to the same farms each season and often with crew members who are returning for another season in the seat. He employs both Americans as well as H2-A visa holders from around the world. Those seats are currently in Case IH combines and tractors with Peterbilt trucks for support. The crew starts in Texas and finishes the summer run in Montana.

Briggs takes harvesting seriously, but also tries to keep things light with the crew. He reports they laugh all day long by constantly joking with one another on the radio and in person. One time, a crew member came down with a terrible case of chigger bites. They jokingly told him that grease was the best cure for them. The crew member decided to try the remedy and after smearing the sticky substance on himself, learned that it was a joke. Don’t worry though. The crew member is back for another year, so the joke was forgiven, and I wonder if even repaid by now.

Another memorable moment was three years ago in the Haskell, Texas, area. The crew had to hide out from tornadic activity in the local truck stops. Justin, however, decided to ride it out in his camper. He still had power so decided the danger wasn’t imminent. While they couldn’t see the twisters in the dark of night, they did see some in Kansas from the field. They were going the other direction so the cutting continued–pretty typical harvest behavior.

One of the toughest things about harvesting is leaving the family behind. As the children have grown and become involved in activities, they have stayed behind with Justin’s wife who manages a business back home. They still come to visit, which helps, but it’s different than what it was when they were all on the road. Luckily, Justin and team have wrapped up harvest in northern Montana. Upon returning to Nebraska, he will reunite with the family and swap their MacDons for corn heads to dive immediately into corn harvest.

The photos below are courtesy of Briggs Harvesting and are a series of tornado pictures from the story mentioned in the article. 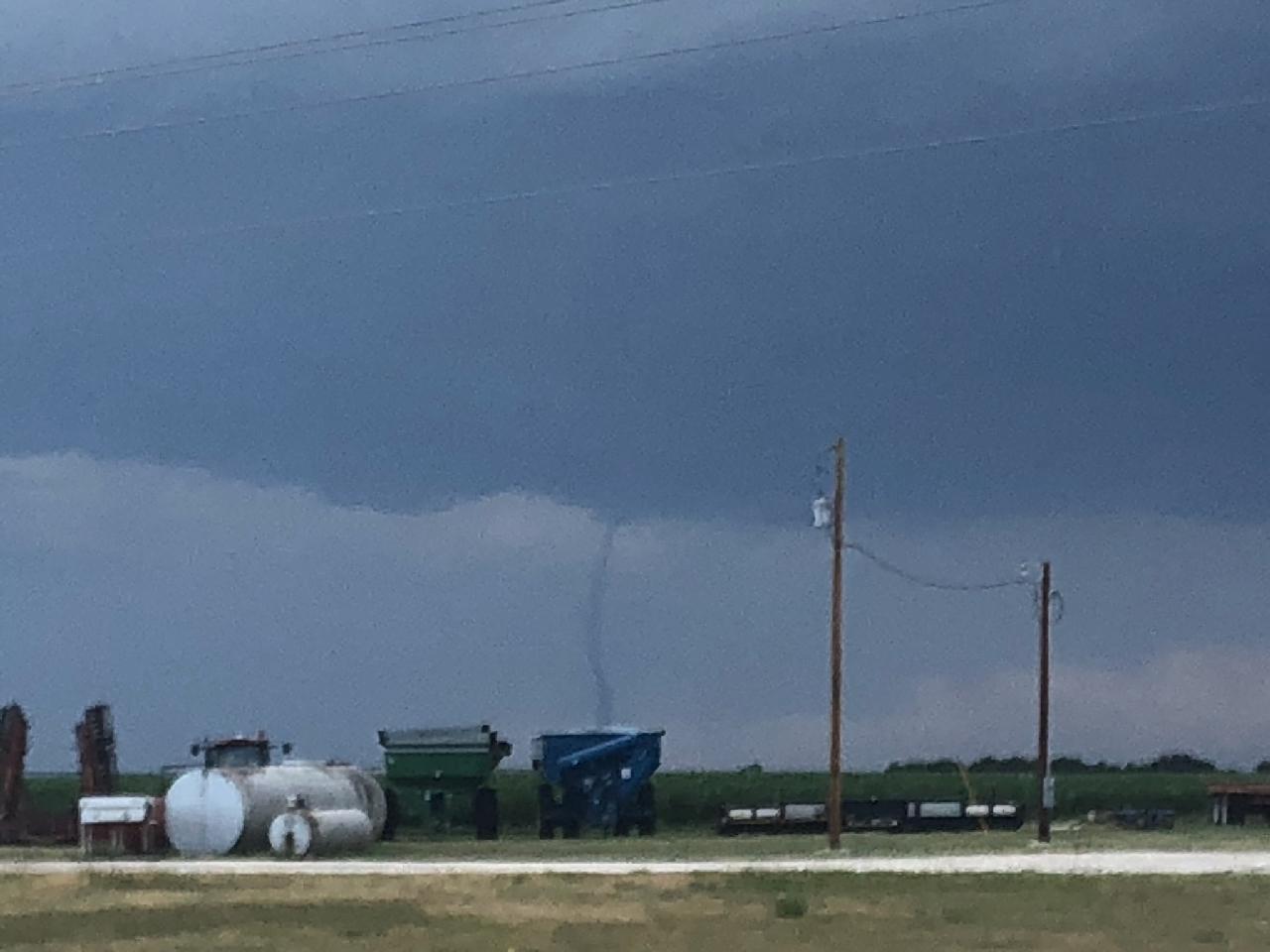 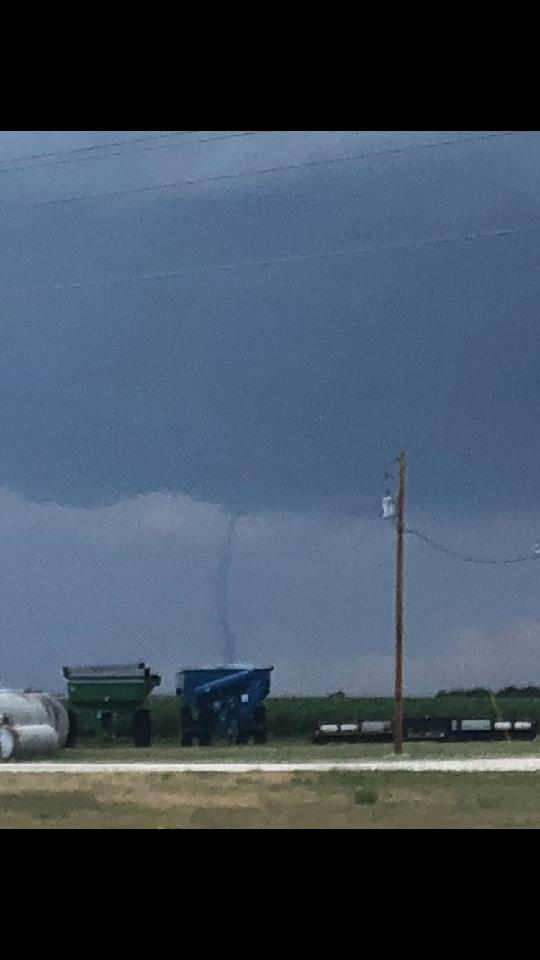 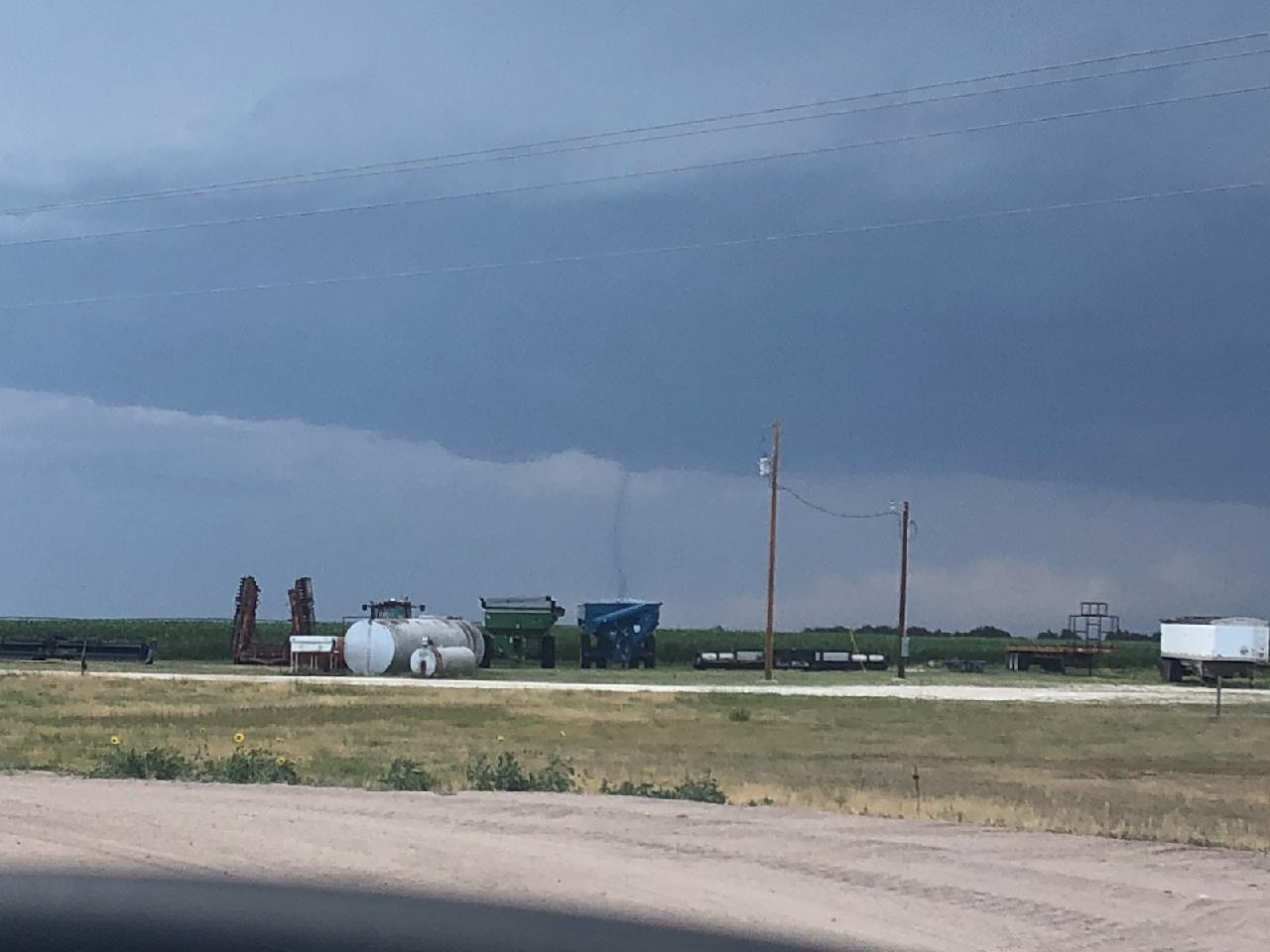