Sidney, Nebraska—Full disclosure, this is a catch-up post. There are times in the season where the motherhood, harvest, and life all collide and the last week has been just that. I’m currently overnighting in western Nebraska on my way to join back up with the crew in Montana. They just arrived a couple days ago and have been running like crazy ever since. Tonight, they were driven out of the field by a big hailstorm. We hope the morning light will show an isolated event on the farm and nothing too widespread. I even caught the edge of a storm on my drive, though nothing was severe. I had the chance to run my wipers for a few minutes. They haven’t hardly been used these last several months so that was a nice, but brief experience.

Northeastern Colorado wrapped up a few days ago. To say it was a nice experience is an understatement. Harvest went really smoothly for which we are grateful. This crop had the best standability against sawfly since 2018. That was made possible by several factors which included skilled variety selection and placement as well as a timely harvest.

For those of you who are new to the blog or maybe agriculture in general, let me give you a quick background to what I’m talking about. First of all sawfly is one of the spawns of Satan. That may seem a little dramatic but let me explain by giving you the short story. Their larvae live in the stem of wheat. When they mature, the move down towards the soil level, cut a v-shaped notch in the stem, pack that spot with frass, and then move further in the crown. It is here they over-winter.

What’s so bad about that, you may think? Well, that little notch weakens the stem, and about harvest time, the wheat lodges. To “lodge,” is a nice or fancy way of saying it falls over. When wheat is laying on the ground, it is a more stressful environment for the combine operator as well machinery for having to run headers closer to the ground to pick up the fallen crop. Yield can take a hit as well. And, to add an even more fun twist, harvest doesn’t disrupt the pest. They can overwinter in their safe little spot, pupate, and emerge next spring as the adults. Adults have a wasp-like appearance and female can lay many eggs, but larvae are cannibalistic, so it truly is a game of the strongest will survive.

So, why don’t they just spray for the eggs? Well, that’s another interesting fact about this pest. The eggs are laid inside the stem, so they are essentially protected. It is more effective to use wheat varieties less affected by sawfly. Unfortunately, going after the adults before they lay their eggs hasn’t been cost effective. Disturbing stubble, trap crops, and using biological controls like parasitic wasps are all other ideas for controlling this pest. If you aren’t familiar with the amazingness, but also horrifying abilities of parasitic wasp, I’m going to include a short little video. Granted, this video shows one going after aphids, but it gives you the idea of how they can help control pests “naturally.” Click here for the link to a National Geographic video. I used to show it in class and it was typically a crowd favorite. Also, if you’d like to learn more details about sawfly, click here for a Colorado State University article.

Despite the current environmental conditions and the ever-present sawfly, yields were in the 30 bushel per acre range for the season. The test weights hovered around 60 pounds and protein was right at 13%. Considering the year, we’ll take it. 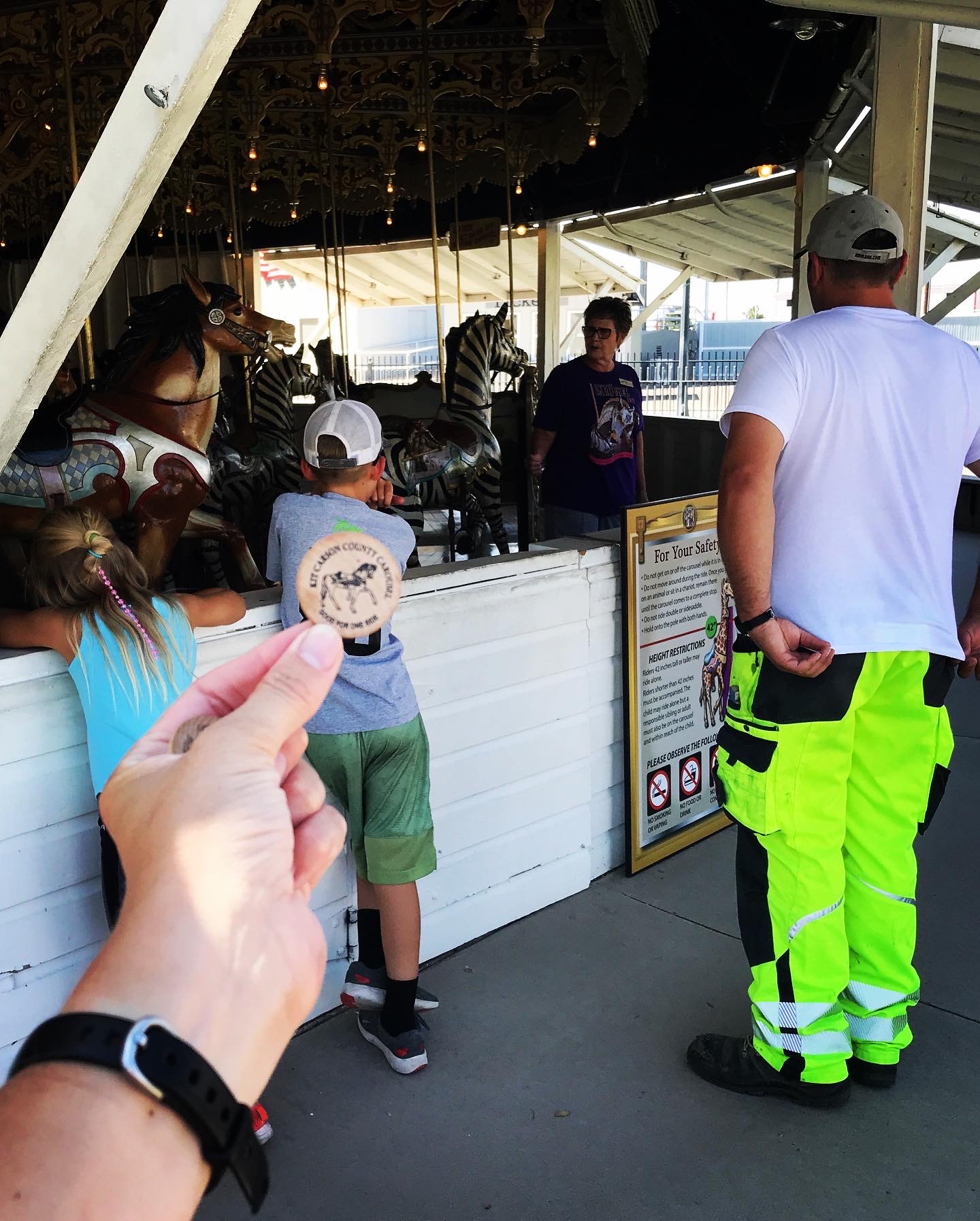 We took team member Alex, of Germany, with us to Colorado. On the way, we introduced him to the Kit Carson County Carousel. It’s a family tradition for the kids and I and we believe he enjoyed learning its history too. 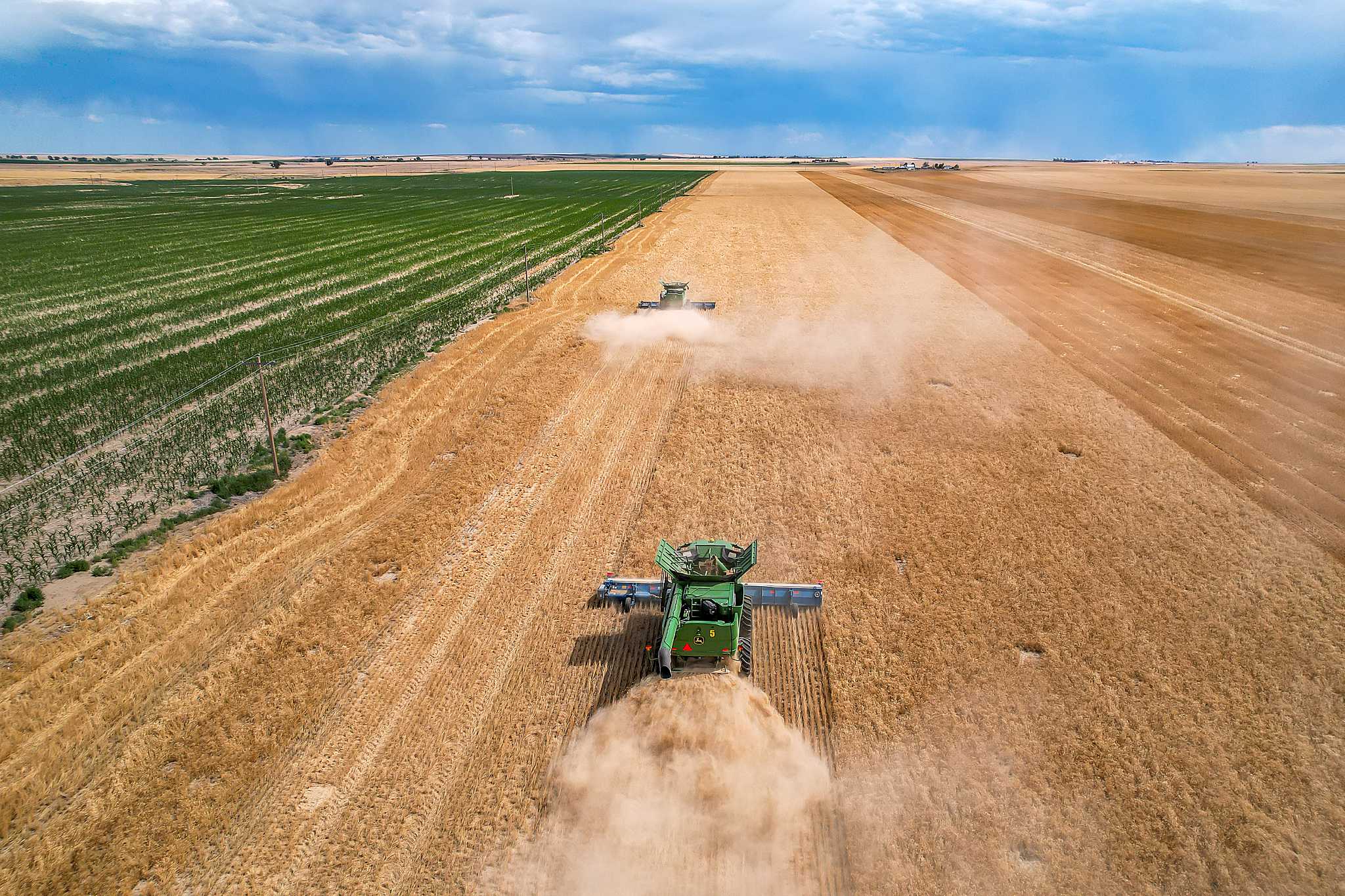 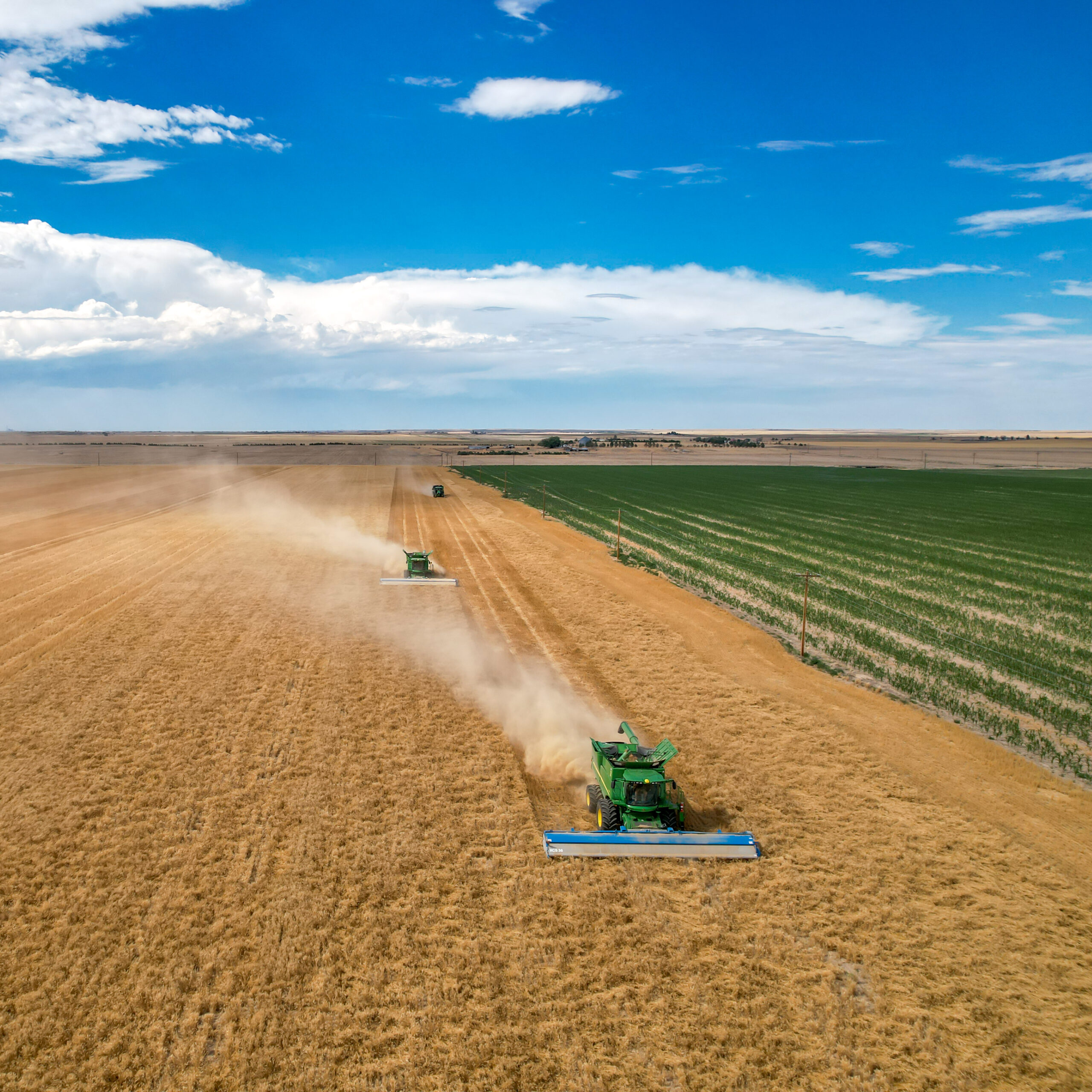 Machines running to the south. You can see some lodged wheat here. 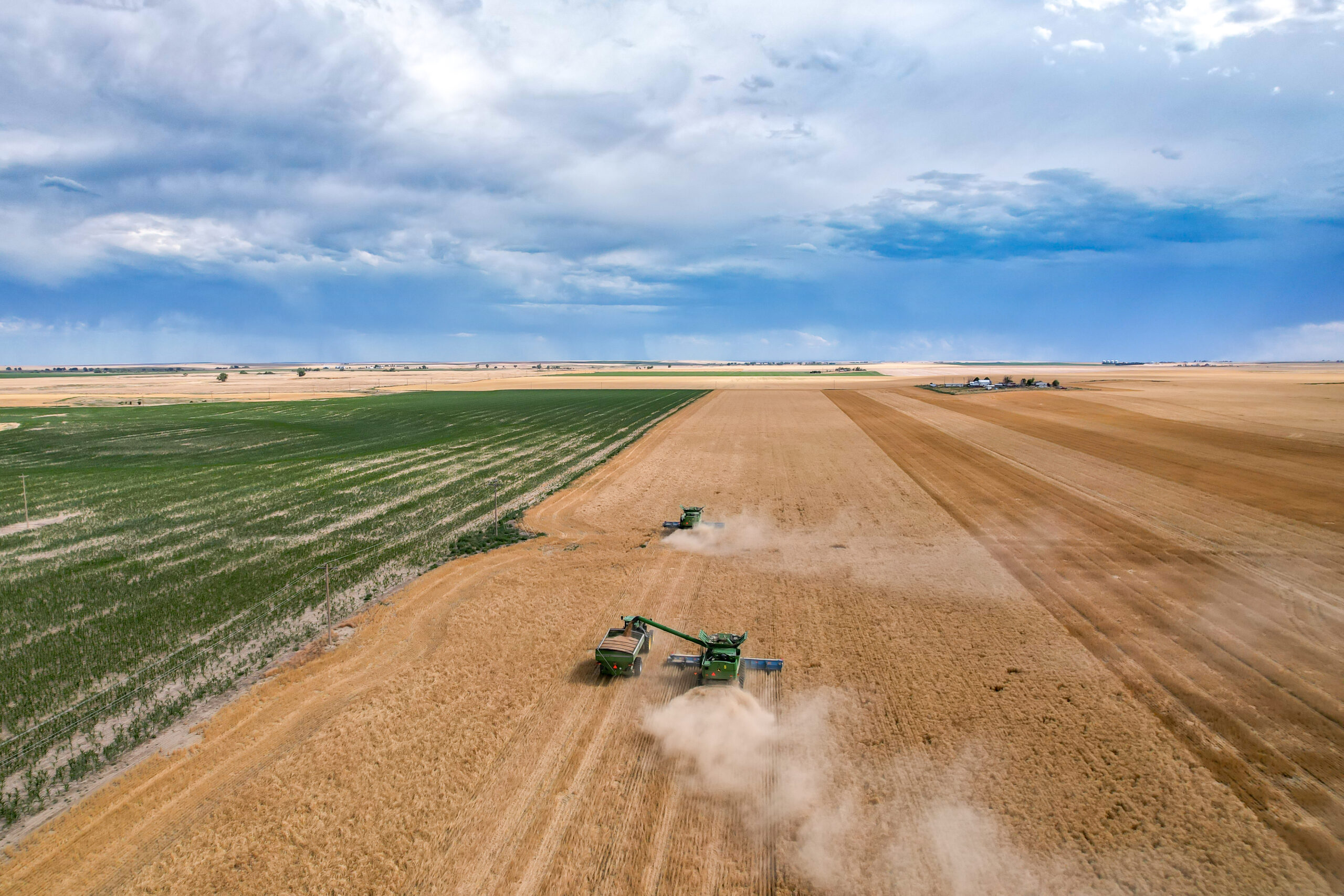 Team work in the field. 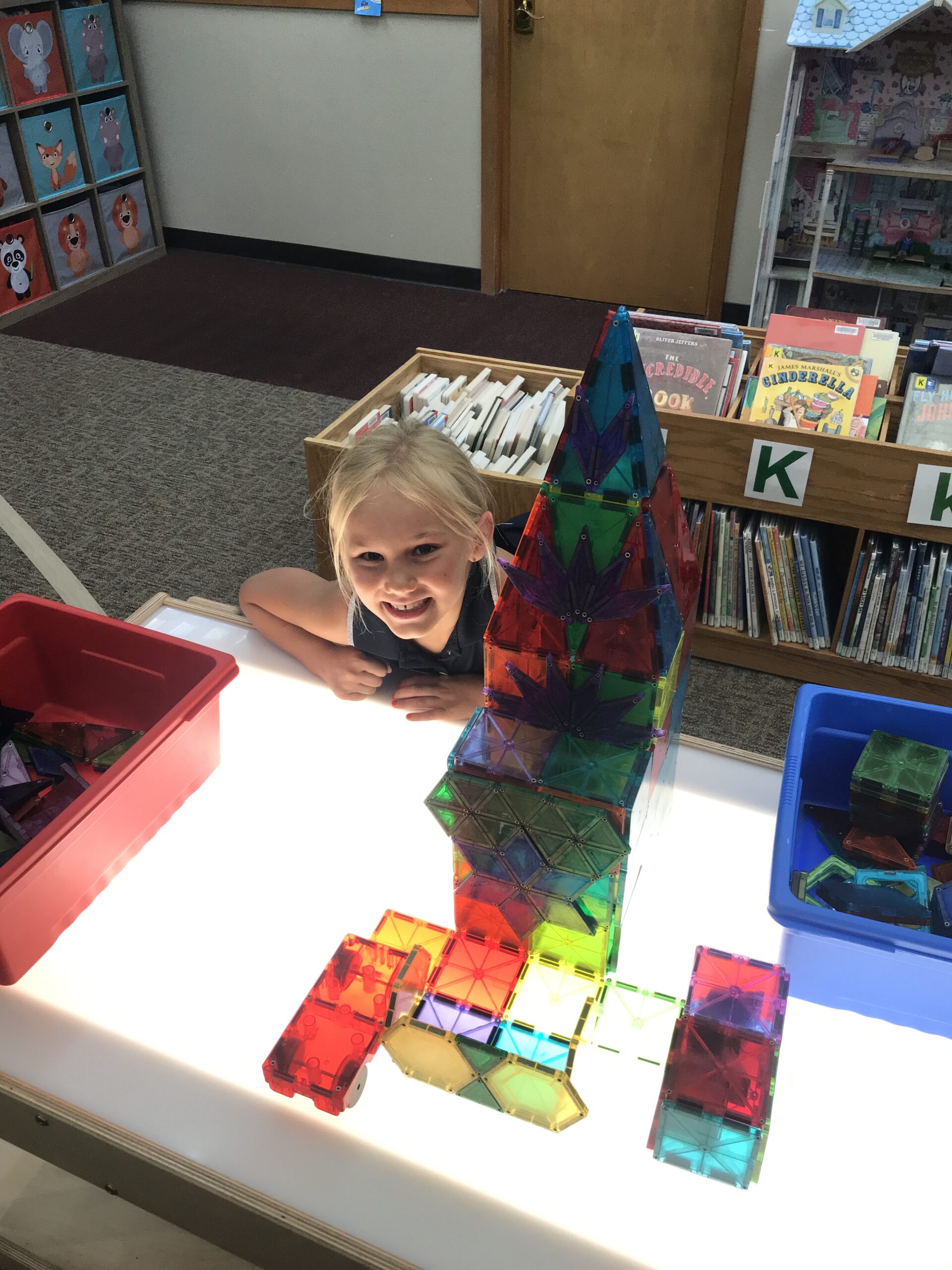 Lady A at our favorite library. She designed this whole thing by herself while I worked on business things on my computer. It should be noted that in addition to the library and pool, she also enjoyed playing with our farm family’s girls who are about her age while I got to catch up with their mama. 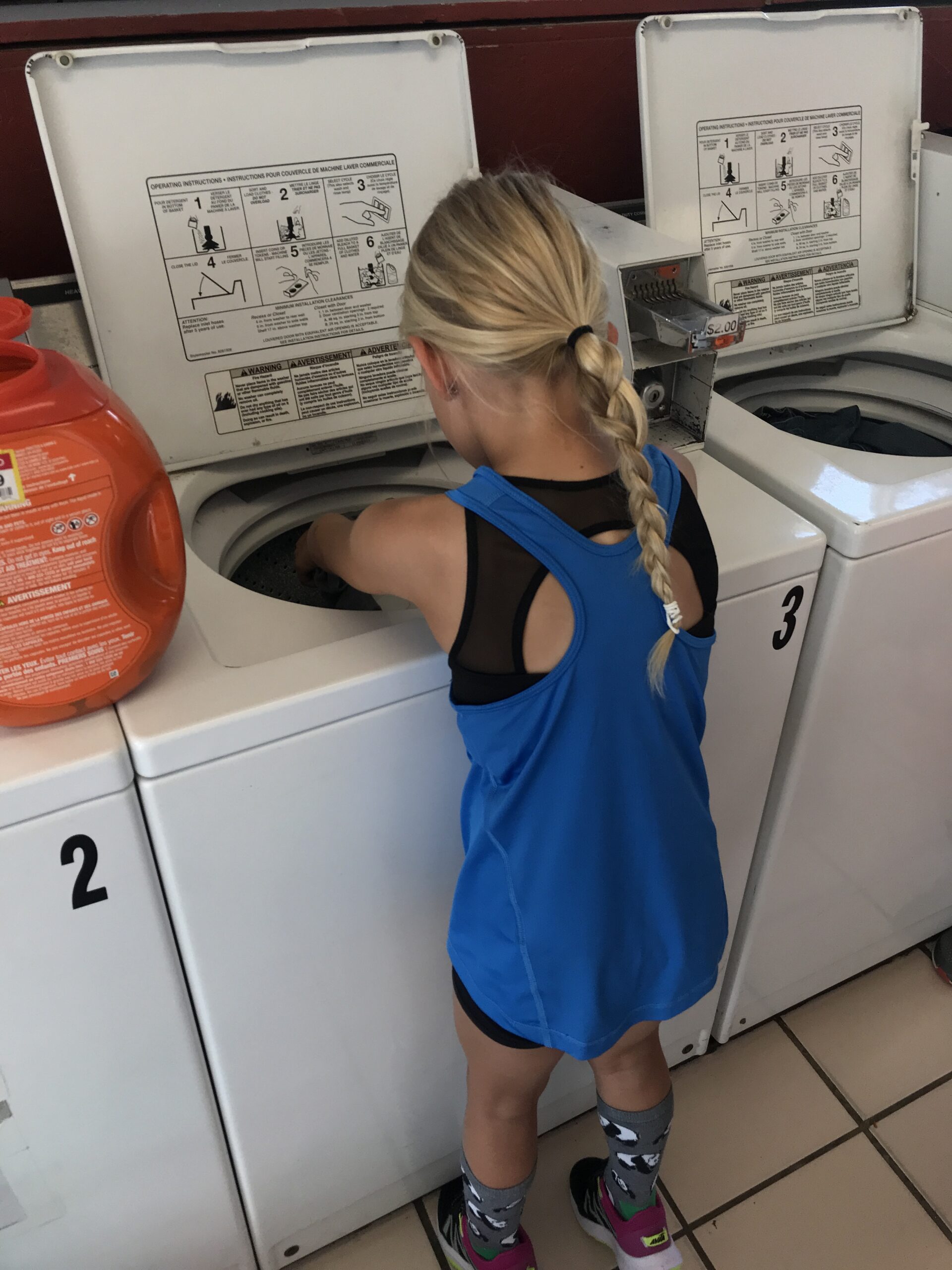 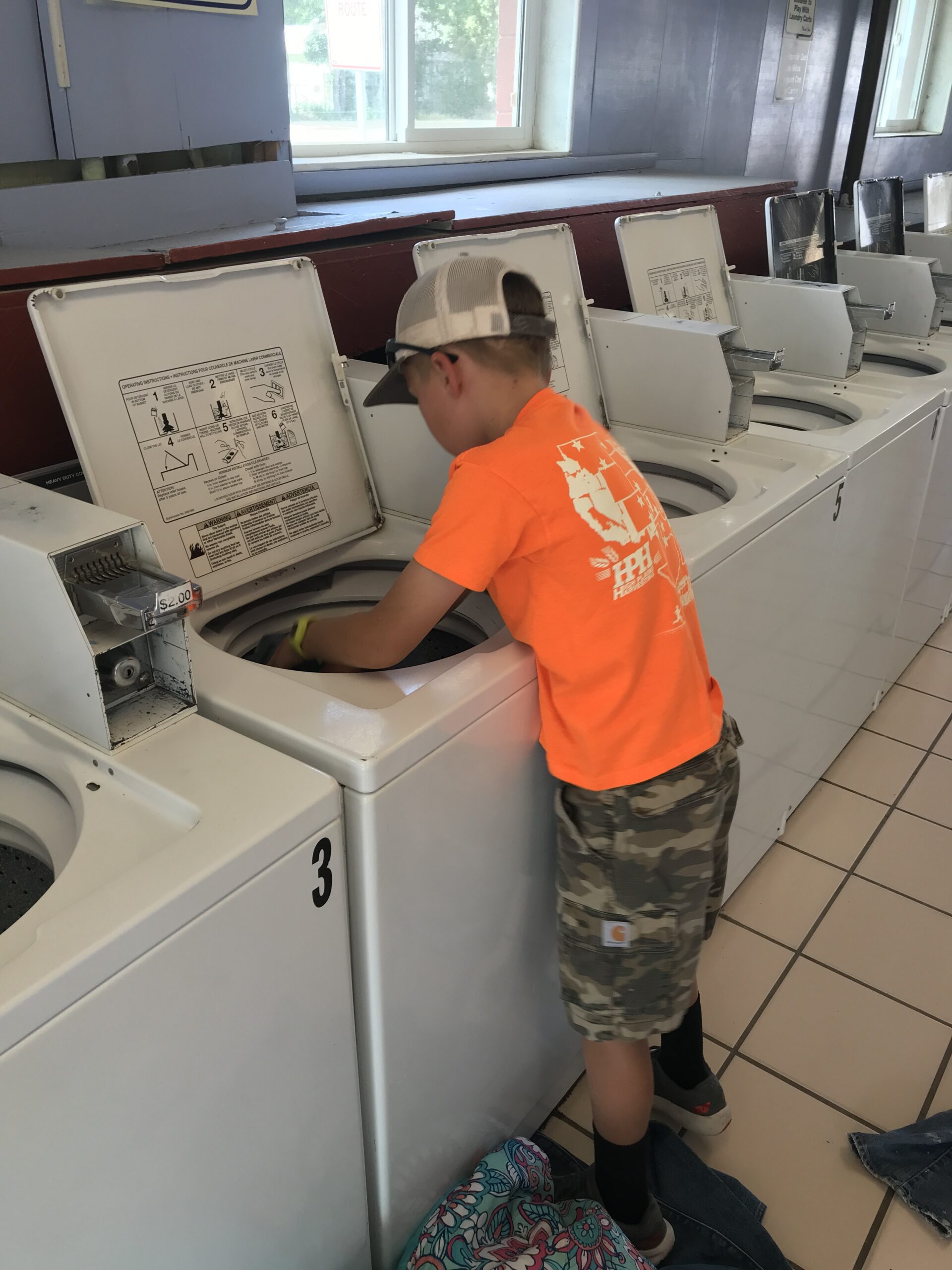 Due to no sewer and having to save the tanks at the camper, the kids got a dose of lifeskill at the local laundry mat. 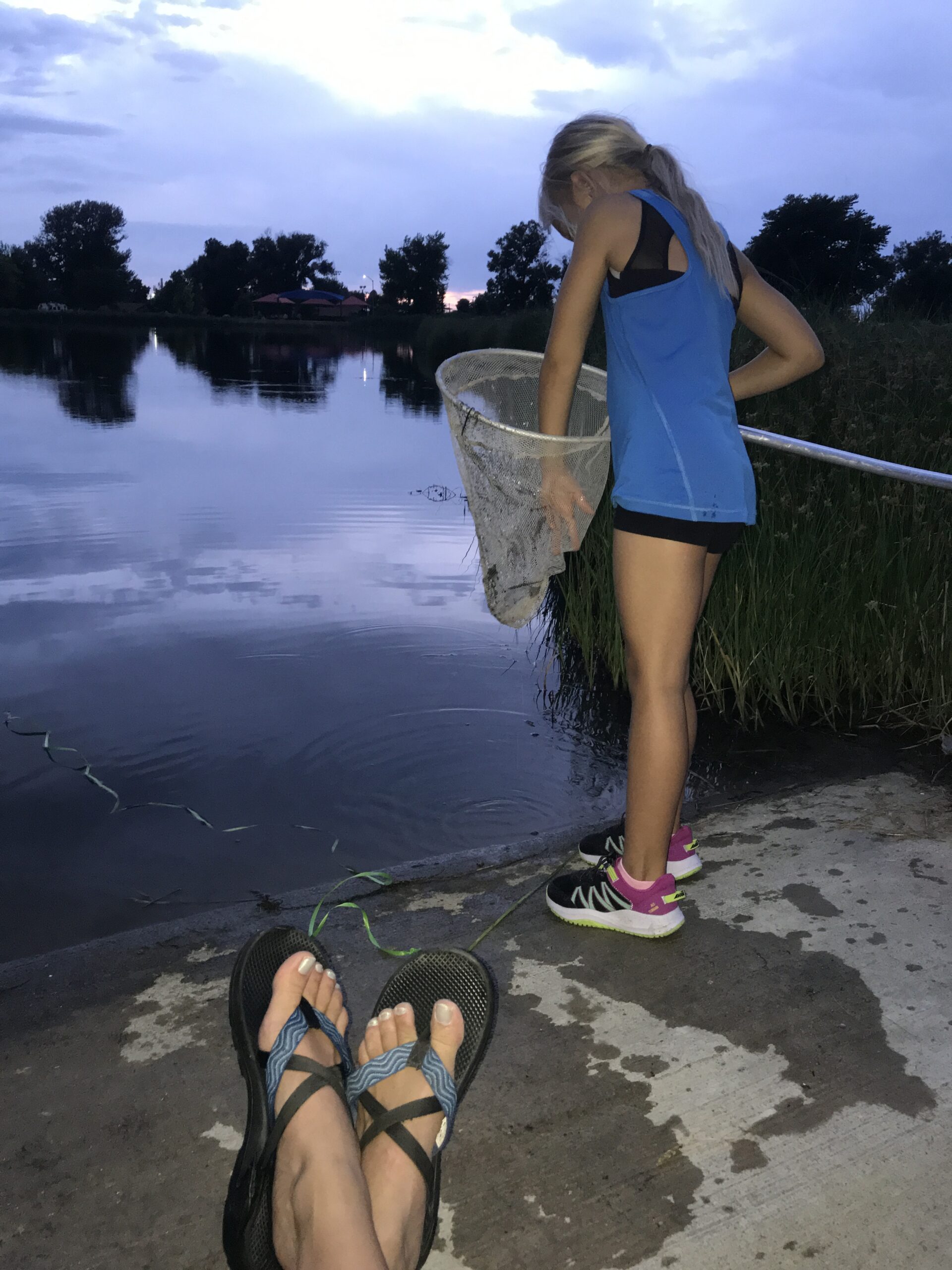 Both kids are very outdoorsy. They enjoyed catching and releasing critters at the local pond. Here she was observing minnows. 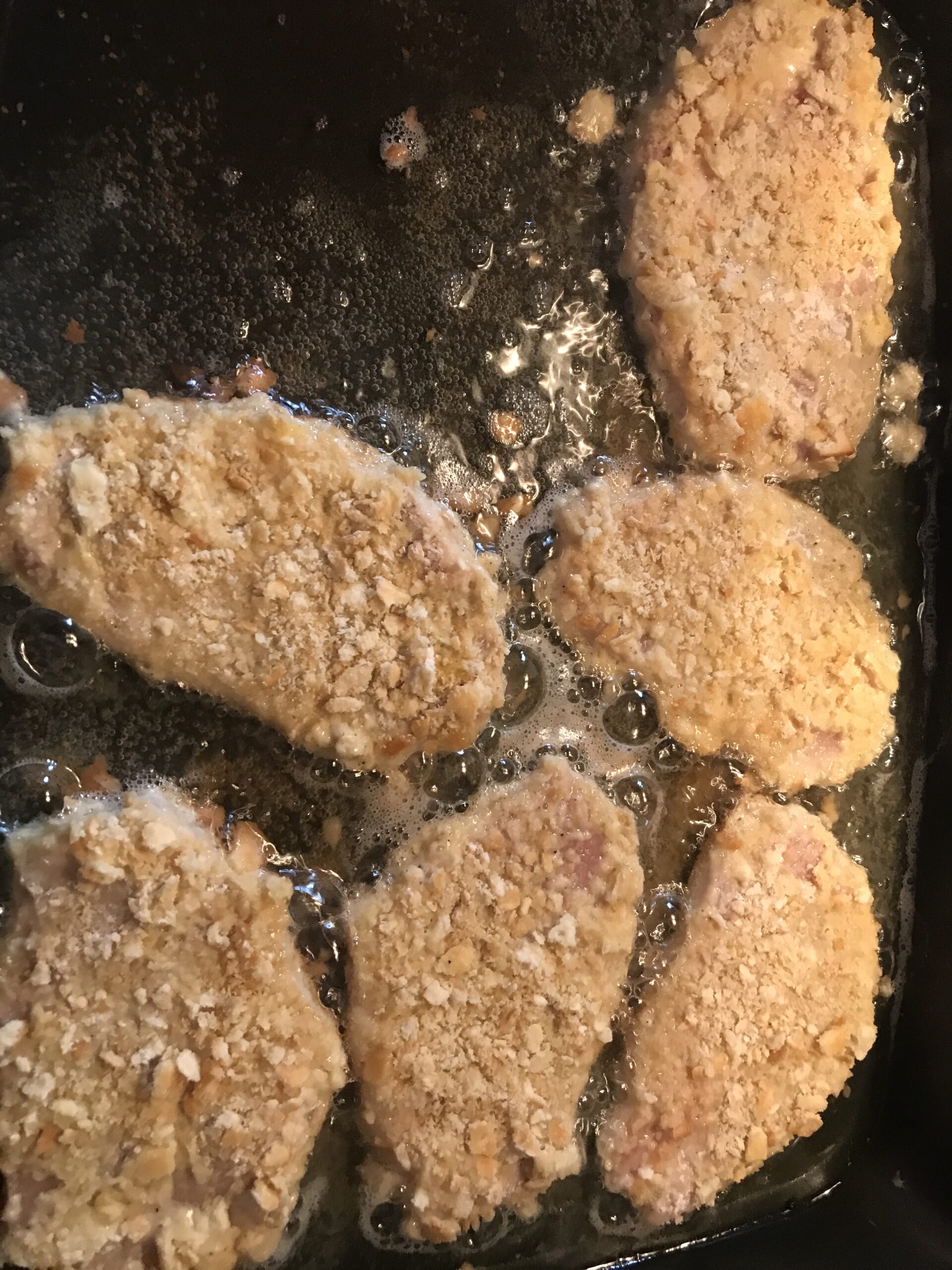 The pork chops turned out well. I breaded them with a flour mixture and then again with club crackers.