All Aboard Harvest | Sherry: It’s been a busy week
24196
post-template-default,single,single-post,postid-24196,single-format-standard,qode-quick-links-1.0,ajax_fade,page_not_loaded,,qode-title-hidden,qode-theme-ver-11.2,qode-theme-bridge,wpb-js-composer js-comp-ver-5.4.7,vc_responsive

Posted at 12:00h in Uncategorized by Editor 5 Comments
3 Likes
Share

This week started out rough. We had two pickers down and two pickers running. One of the pickers that is down had some electrical issues. A pin backed out on the can bus network. We spent most of the day searching for the problem. However, once diagnosed the issue was pretty easy to fix. The other picker that is down busted a hydraulic hose. The hydraulic oil shot out of the hose and onto the muffler. It caused a huge cloud of white smoke. We thought it was a goner. You see, pickers are very, very flammable. Over the years we have lost two pickers due to fire. Fortunately, that was not the case this time. It was simply the hydraulic oil squirting on the muffler. After all that excitement, we thankfully had the hose and were able to replace it and get back to picking with zero issues. 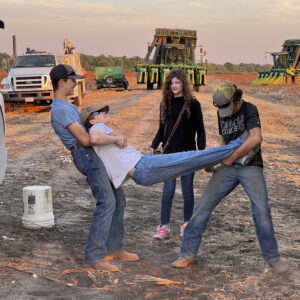 The next few days we were able to run smoothly. That is when the kids weren’t out of their machines chasing bunnies. This field has bunnies for days. We think one afternoon Wailynn wore himself out from all the bunny chasing. He had to take a nap. The kids have certainly been enjoying themselves from all the horse playing, chasing bunnies, and picking cotton. The weather has been nice and cool so that may have something to do with it, too. 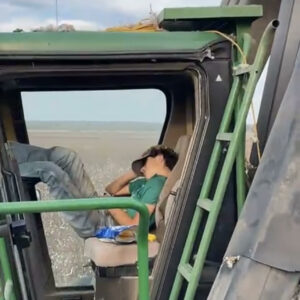 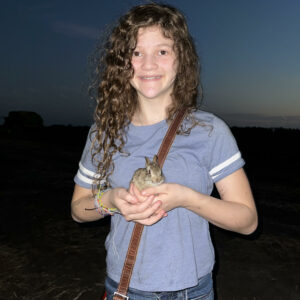 The day has come now that the kids and I will head home. We traveled south to harvest our fall milo crop. We typically do not have a fall crop at home. However, this year’s summer crop did not produce so we gambled—some more—and planted fall milo. It was a wise choice as this commodity price hit a record high. Our milo averaged 2,500 to 3,000 pounds. It took us a few more days to harvest the milo than we would’ve liked. For some reason it seemed like Wailynn and Wyatt forgot how to operate a combine. We experienced a few headaches, they both choked up their machines. We also had a center draper belt rip, and with Brian up north picking cotton we had to unplug the machines ourselves. Milo and careless weeds equals no fun. Thankfully, Brian’s father, David, and brother, Burt, were around to help unplug the machines.

Meanwhile, while Brian was picking, we were home. He had a picker that was not wanting to regen. Thankfully, he has the service advisor program to help him figure out the reason these pickers have the issues. He also had one tire that would not hold air. He and Daryl had to put a boot in it, then three days later same tire, new leak so new boot. Now the tire is good. One good thing about us being in South Texas was Brian had two pickers sitting. So, if they had a machine go down, they just hopped on another one. Musical pickers. Haha!

Sherry Zimmerman can be reached at sherry@allboardharvest.com. 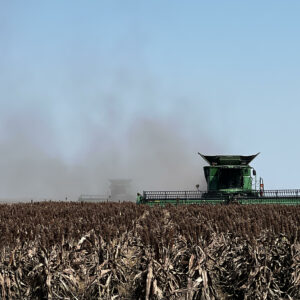 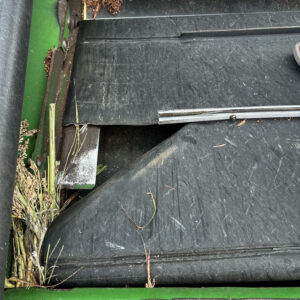 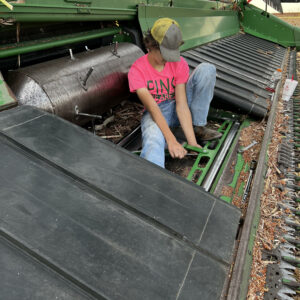 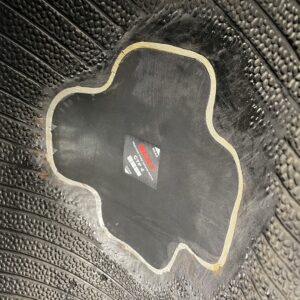