Dickinson, N.D./Powell, Wyo./Hemingford, Neb. – The past couple weeks have been a blur for Roland Harvesting. Countless hours of driving and thousands of miles have been logged in the last 2 weeks as we’ve been steadily working in 3 states. Brandon, Jose, and Matt kicked off the adventure about 16 days ago as they left Hemingford, Neb. and moved near Casper, Wyo. This area lacked moisture throughout much of the growing season, which drastically impacted the wheat. The yields hung around 20 bushels per acre with test weights running 58 to 60 pounds. Jake came to Casper to finish up while the boys did a little switcheroo. Brandon, Jose, and Matt trekked back to the farm in Hemingford, loaded up the combines and with the help of Mom moved up to Dickinson, N.D. After unloading the combines and dropping trailers, the crew ventured back to Hemingford for the tractor and grain trailers. After a quick night of sleep and a whole pot of coffee later, the boys hit the road again at sunrise and made it to Dickinson with the last of the equipment.

Meanwhile, Jake finished up near Casper and moved to Worland, Wyo. to start barley harvest. Upon wrapping up in Worland, Jake moved to Powell, Wyo. to continue harvesting malting barley. While Jake kept busy in Wyo. and as the boys settled into N.D., Mom and Dad held the fort down at home in Hemingford. The last couple weeks there have been a constant battle with Mother Nature. They have been trying to finish up the last of the spring wheat but constant rain showers have delayed their efforts. Earlier this week the spring wheat was finally conquered and Dad journeyed up to Dickinson to join the rest of the crew. Mom remains at home for the next few days to prepare summer fallow for planting in a couple weeks. We usually plant our winter wheat at home in early to mid September so things are really starting to sneak up on us. 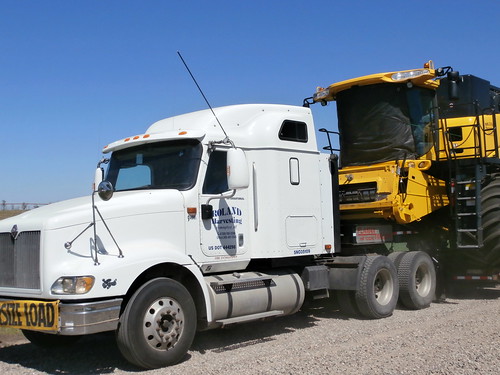 The crew loads up again and heads north for our final wheat stop. 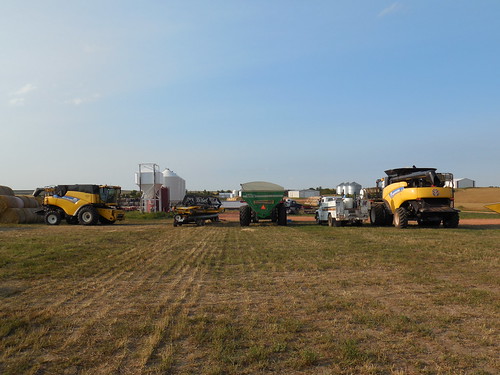 The harvest equipment made it to North Dakota piece by piece and trip by trip. We set up “home base” near our farmer’s yard to keep things organized until we began cutting. 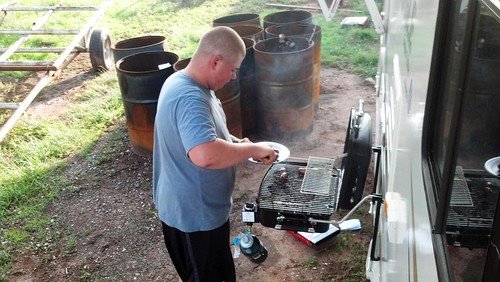 Matt shows off his grill-master skills outside the camper. On August 16th the crew said good-bye to Matt as he ventured back to Wyoming to begin some early college classes. Matt has become a “super trucker” and has truly been a vital part of Roland Harvesting this summer! 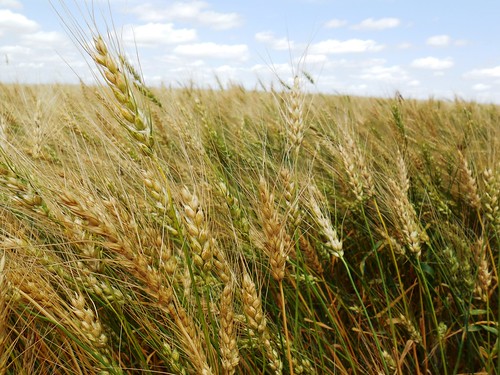 Due to the wet summer in North Dakota, many fields still have green spots. 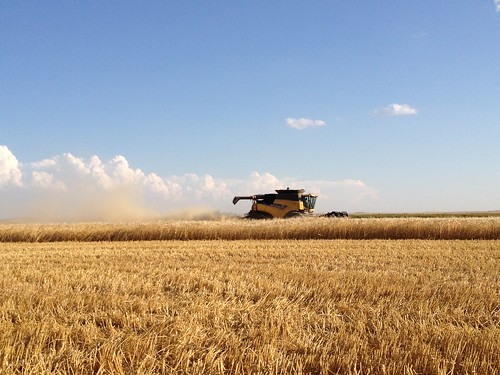 However, our farmer knew just where to take us to find ripe wheat! We were able to cut for a few hours until those clouds let loose and down poured. 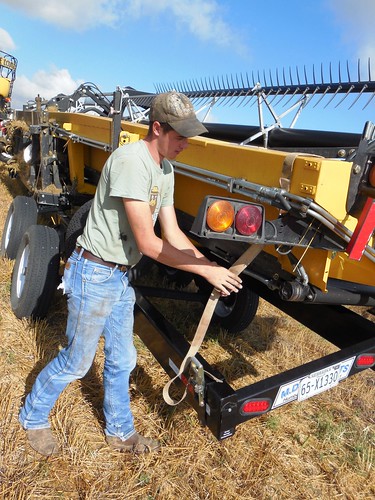 With Matt’s absence Roland Harvesting was in a bit of a bind. Eric, one of our truck drivers from last summer, offered to help us out for a couple weeks since his summer job finished up early. Eric met up with the crew a few days ago and jumped right back into work. 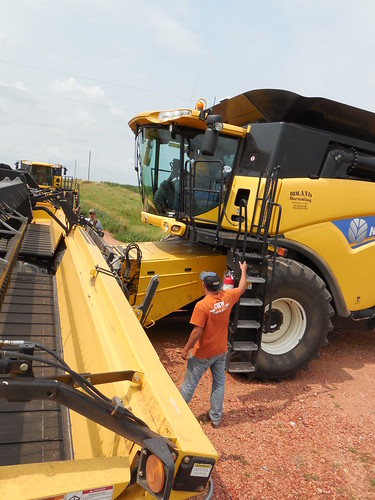 Jose and Eric watch on as Brandon prepares to hook up his header. 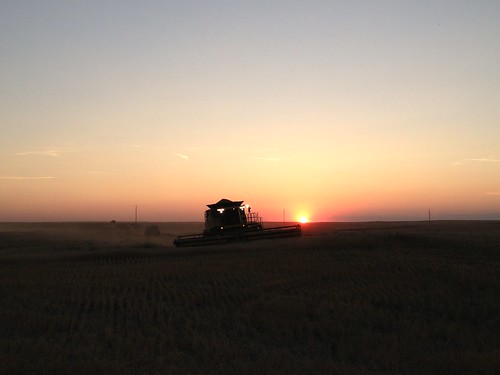 My favorite time of the day.

Blast to the Past – Flashback to 2007: Mom and Dad harvest malting barley near Worland, Wyo. with the TR combines. We purchased our first CR (a CR 960) in 2005, but for many years the CR did not make the journey to Worland as it was usually tied up in Riverton, Wyo. also combining barley.

For the last 15 years Roland Harvesting has been harvesting malting barley for a family operation in Worland. The 3 brothers run a successful farming business and have been faithful customers that we enjoy seeing year after year. Growing up, it was always one of the last stops before returning to school, making our final days of summer even more special. If a rain day would shut down the combines, our family would load up in the pickup to enjoy some time away in the mountains. 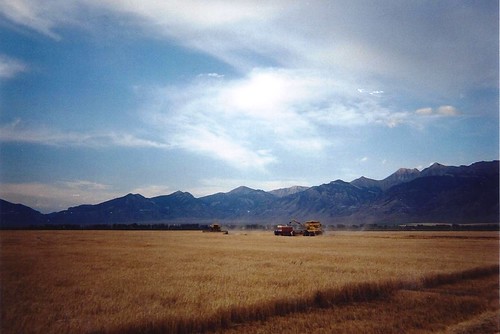 Blast to the Past – Flashback to circa 1996: The crew harvests malting barley near Arco, Idaho. Don’t those mountains make for a breathtaking backdrop?