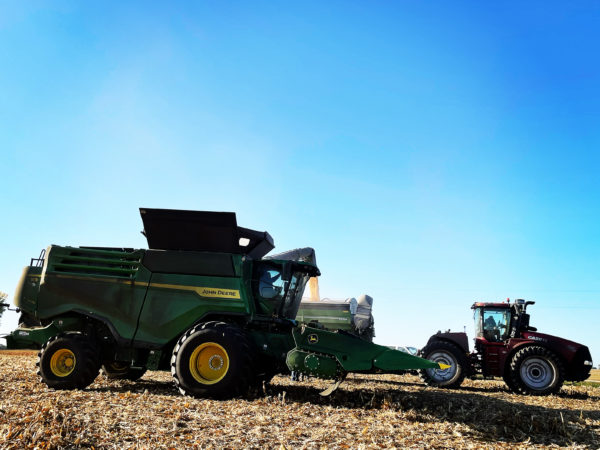 We had a pretty special delivery in the field this last week. For about three or four hours Paul had the opportunity to test out the John Deere X9 combine, complete with a 16-row folding John Deere corn head. C & B Operations out of Worthington, Minnesota, brought the combine over for Paul to try out. I was pretty disappointed I didn’t make it to the field in time to get a chance to see this machine work, but Paul was able to fill me in on all the details. 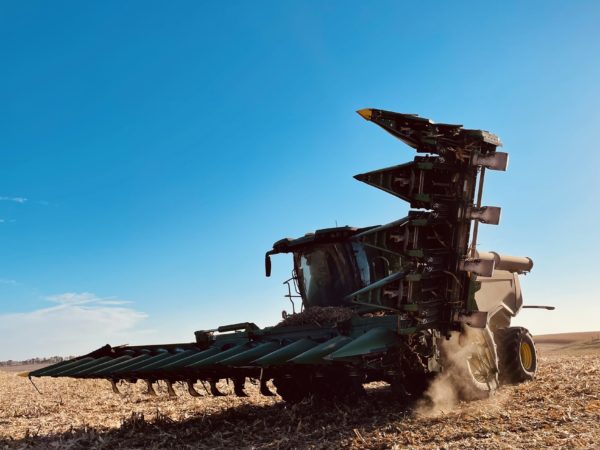 Whereas it wasn’t enough time to really get a feel for this large capacity machine, he was able to test its abilities in a field of corn by Round Lake, Minnesota. The X9 boasts the ability to max out at 630 horsepower, and hold 420 bushels of grain in the tank. The machine’s unloading ability is much higher than any other series machines at 4.6 bushels a second. Paul said the 16-row corn head impressed just as much as the combine itself. He said, “I haven’t run a corn head that’s better than a Deere.” 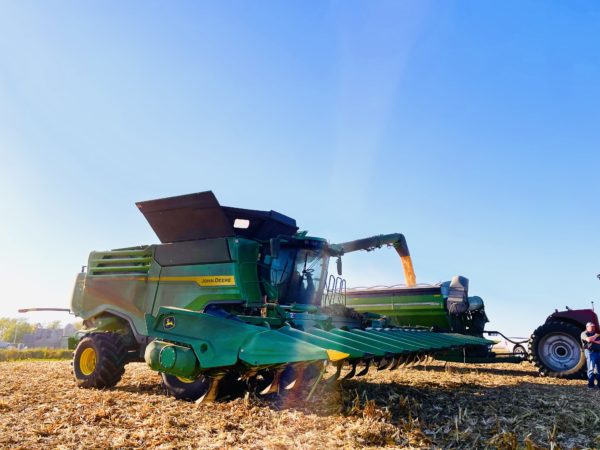 Paul said the cab took a little getting used to; it’s been quite awhile since he’s been in the seat of a John Deere machine. For those that don’t know, Paul’s Dad, Gary, started harvesting with John Deere combines in the early nineties. It was only about three years ago that they switched over to Case IH combines. Gary and Paul have been incredibly pleased with the change, but it never hurts to test out new options that could afford us the ability to be more efficient in the field.

Overall, this demo has given Paul a lot to think about for the future. Ag machinery evolves rapidly these days, and it’s important to stay at the edge of new technology to remain a strong force in our industry.

As for our operations working now, we have been covering a lot of acres. The weather is cooperating for now anyway. Gary finished up soybeans in Nebraska, and will be moving back towards Elkton, South Dakota, today.

In Roscoe, South Dakota, our crew is getting closer to being finished with soybeans, and they have moved over to corn until beans are ready again. Some fields have been doing between 0 to 50 bushels an acre, and the field they’re in today is doing 130. It’s varying greatly, even when fields are not terribly far apart.

By home, we are getting close to being finished with beans. We have some stubborn fields that just need a little freezing weather to finish off the crop then hopefully they’ll combine easily. This seems to be a widespread issue as we’ve seen soybean plants that are still green even this far into harvest.

Combining corn by Hartley, Iowa, is going strong. They have seen 270-bushel corn and continue to chip away at the acres there.

There’s still a lot of work to be done, but we are hoping to have everyone finished up here in the near future. Mother Nature will decide when that is. 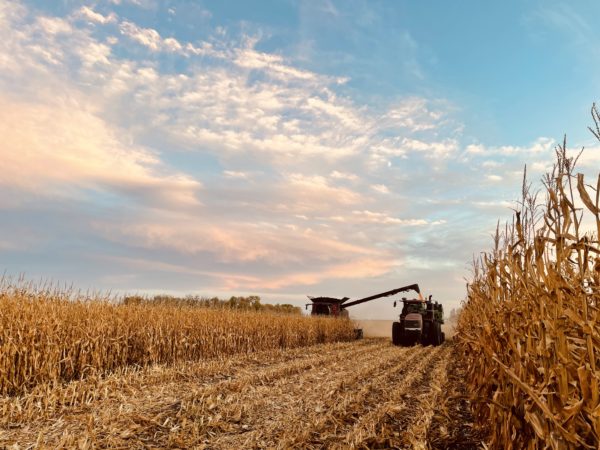