All Aboard Harvest | Brian–Forty years of harvest history
22082
post-template-default,single,single-post,postid-22082,single-format-standard,qode-quick-links-1.0,ajax_fade,page_not_loaded,,qode-title-hidden,qode-theme-ver-11.2,qode-theme-bridge,wpb-js-composer js-comp-ver-5.4.7,vc_responsive 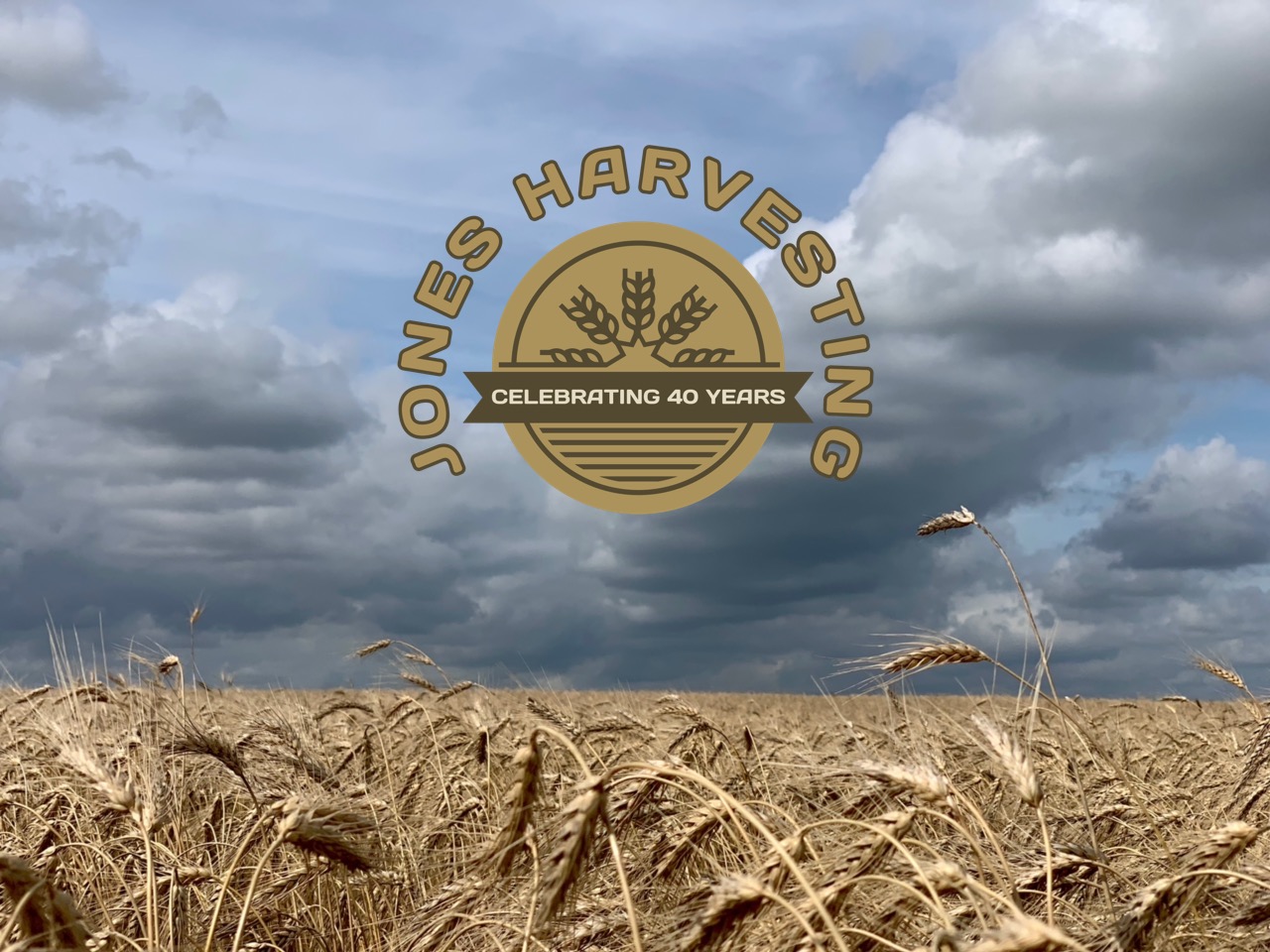 25 May Brian–Forty years of harvest history

My name is Brian Jones of Greenfield, Iowa, and I am a second-generation farmer and wheat harvester. I was born and raised on a family farm about 50 miles southwest of Des Moines in the rolling hills of southwest Iowa. During the tough financial times for farmers in the 1980s my father, Glen Jones, and grandpa, George Rahn, began looking for additional income to keep financially viable during the farm crisis. With combines being such expensive investments, we were inspired by George’s brother who ran a custom harvesting crew to load up our own equipment and head to Oklahoma. From knocking on farmer’s doors randomly in the countryside to referrals from locals, one job led to another that moved us northward one state at a time. As they say, the rest is history, and the 2022 season marks the 40th anniversary of Jones Harvesting. 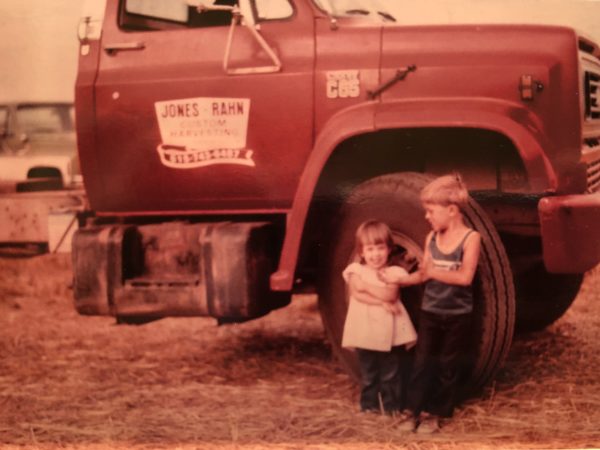 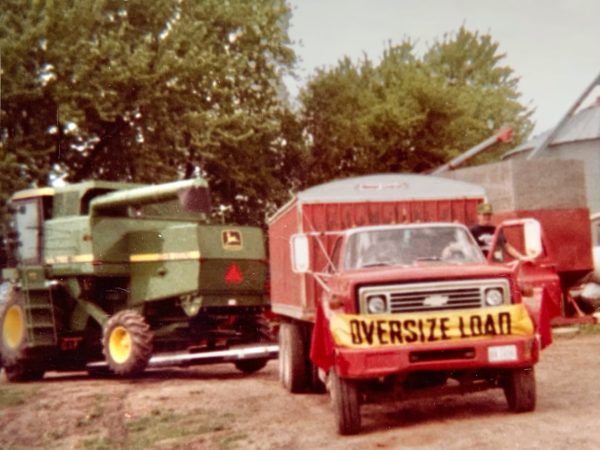 Our crew is completely a family operation. Glen Jones and his wife, Vernelle, farm in southwest Iowa with their son—that’s me!—Brian and their daughter, Brenda, and her husband Cameron Hamer. Brenda and Cameron have four young boys, and all nine of us spend the summer working together harvesting. David Rahn now operates the Rahn family farm near Butterfield, Minnesota. David joins us with his equipment each summer, continuing the Jones-Rahn Harvesting legacy. 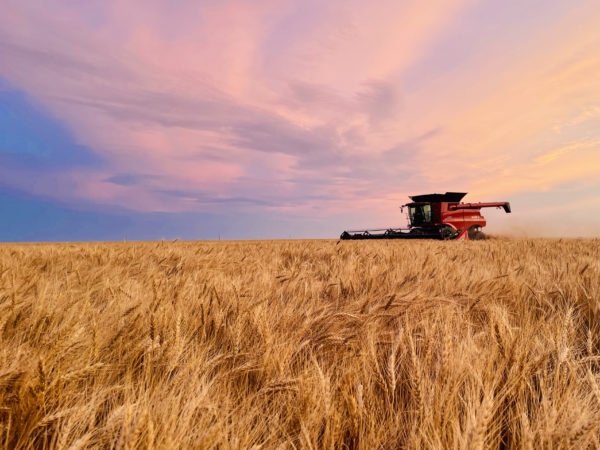 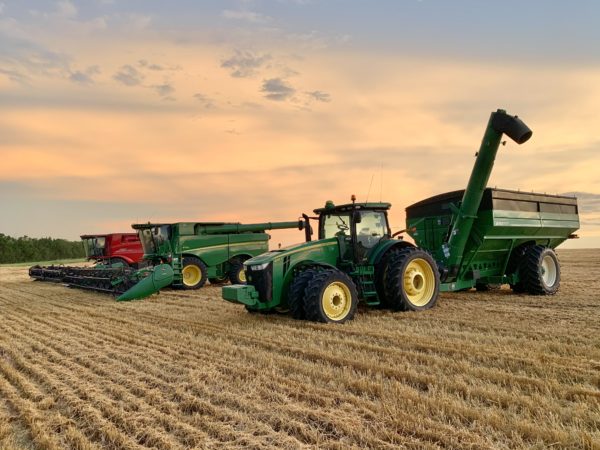 Back in Iowa the Jones and Hamer families work together raising corn, soybean, and hay along with running a cow-calf herd. We also do some customer farming and harvesting locally as well. With spring planting finished and the cows turned out to pasture, we load up equipment typically early June and head to our first stop in central Oklahoma, followed by stops in southwest Kansas, western Nebraska, central South Dakota and southern North Dakota. 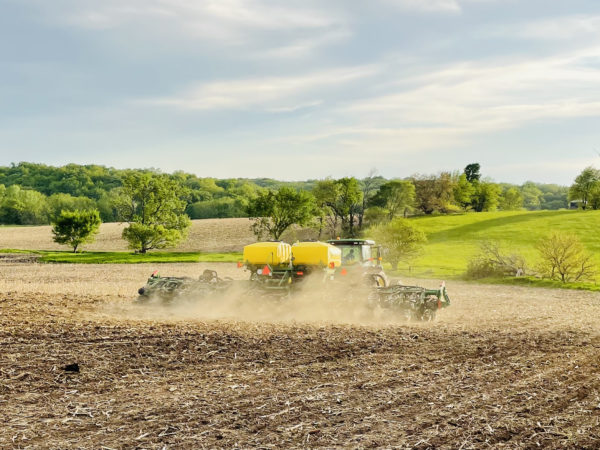 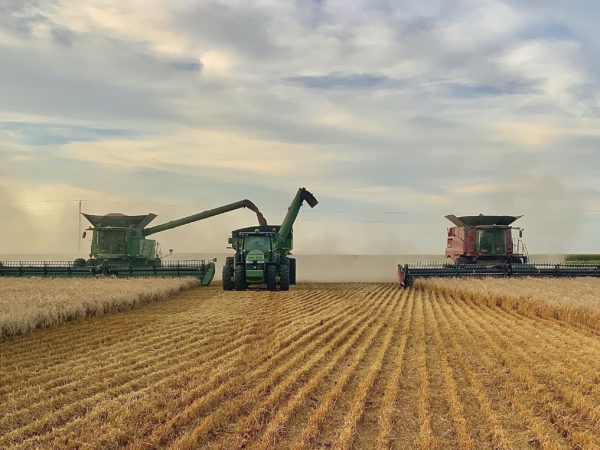 As we begin our 40th year of harvesting the amber waves of grain on the Plains, it’s hard to not look back and consider all that has changed over the years. Yet one thing has remained the same … our love for the harvest. It’s been quite the adventure, and we look forward to sharing our journey together with you as we celebrate our 40th anniversary together. 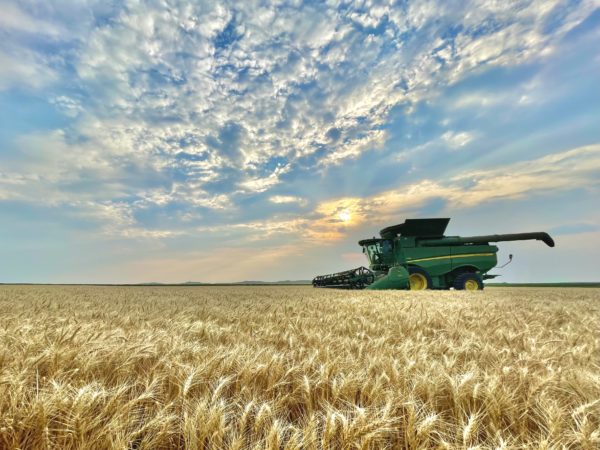