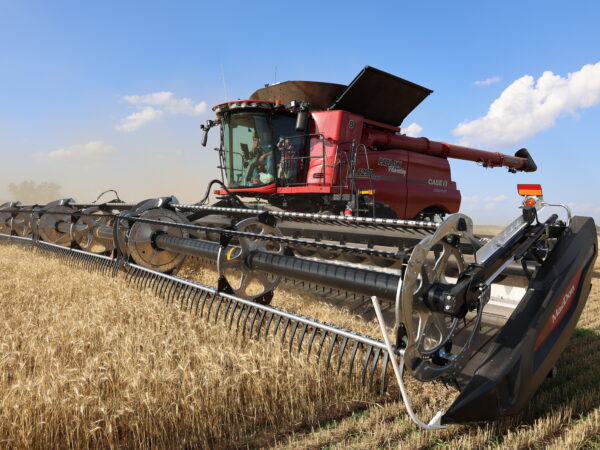 I hope you can see Zoey waving from the cab.

Pratt, Kansas—We’ve made a couple moves since my last update. Anthony, Kansas, was half complete when we arrived from Kingfisher, Oklahoma. It was one heck of a hot move. My pickup was reading 111 degrees out. I don’t think it was quite that hot, but you could feel it setting up campers. Thankfully we didn’t blow any tires on the way up.

Gary’s crew continued combining around Anthony, and Paul’s crew slipped back down across the state line to Wakita, Oklahoma, to cut some fields. The wheat around Anthony varied anywhere from 15 to 50 bushels per acre. The wheat in Wakita was about the same. It’s still a good improvement from Texas, but also below average in some fields for the area.

It was nice to finally have the crew all together for about four days last week. Rhonada and I got to sneak away to see the Twister Museum in Wakita with Zoey. That’s the town where the 1995 movie Twister was filmed. Aunt Meg’s house is no longer there, but there’s a plaque in its place where it’ll be remembered. Paul can remember combining in the area when filming was taking place.

On the drive there we passed this dilapidated Chevy truck with an ancient combine still loaded on the back. Rhonada pulled over and told Zoey, “See back in the day they didn’t have all these fancy trucks and huge combines with air conditioned cabs. Harvest looked much different than it does today.” Zoey was surprised the rusty old equipment could have ever been used. It seems like technology has come so far very quickly even since I started on the harvest. 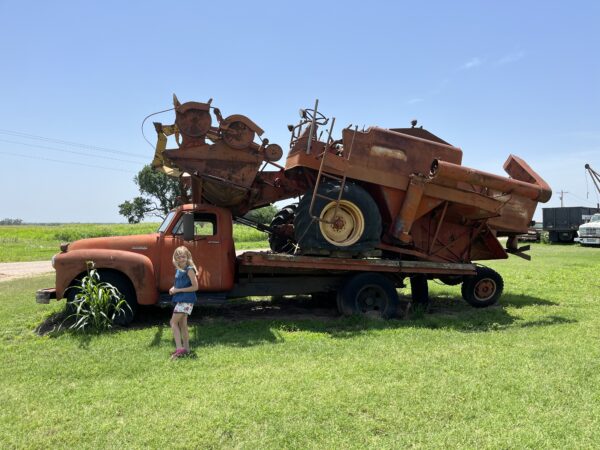 Zoey standing by an old Chevy with a rusty combine loaded on back.

After getting the majority of Anthony completed, Gary took a couple guys back down to Perryton, Texas, to wipe out a small job there. They finished quickly and are moving equipment up to Tribune, Kansas, today. I’ll be really curious to see how things look that far west in Kansas. They had severe drought conditions there, and I read they didn’t receive a drop of moisture for over 300 days. I’m surprised we have anything to cut there, but we’ll find out soon enough what it’s like there.

Paul moved most of the crew up to Pratt, Kansas, and that’s where we’re sitting now. I believe we will finish our Pratt jobs today and we might get a few catch up days before we move the rest of the equipment over to Tribune. Pratt had varying field yields like everywhere else. A few that only produced about 15 to 20 bushels per acre, most that did in the 40s, and then a pivot that averaged 70 bushels per acre. Pratt has been a nice stop, though I’m really concerned about our next stop in Tribune. Also in Pratt we demoed an Elmer’s grain cart. It was brought out today, so I’ll have more on that demo next time. 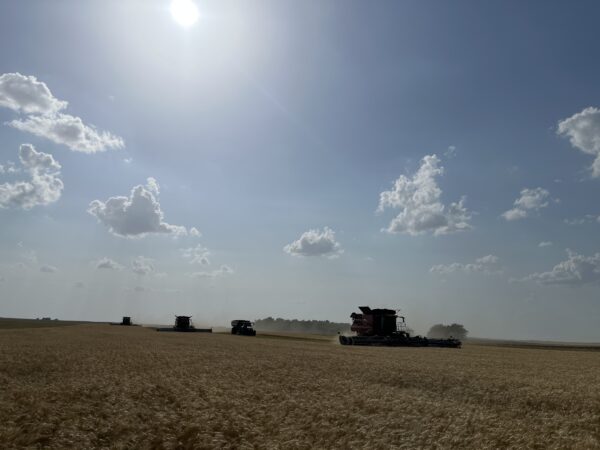 Four combines moving through a field by Pratt, Kansas, yielding around 40 bushels per acre.

To close out the week, we’re celebrating Father’s Day the same way we do most years–in the field. Zoey wasn’t up in time to give Paul his present before he headed to the field, so we brought it out at lunch. I’m pretty sure he’s the favorite, and I can’t blame her, because he’s my favorite, too. 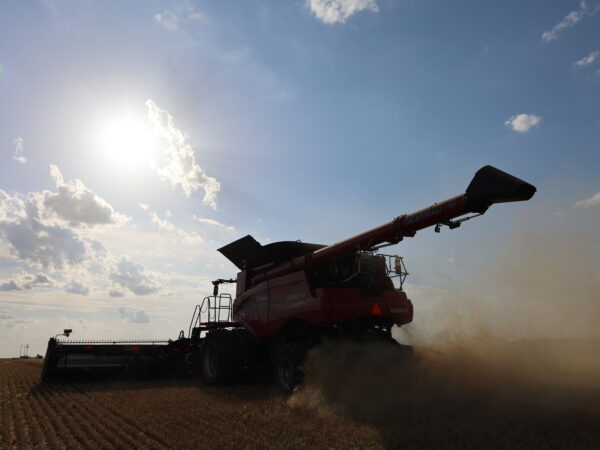