All Aboard Harvest | Christy: Together at last
23055
post-template-default,single,single-post,postid-23055,single-format-standard,qode-quick-links-1.0,ajax_fade,page_not_loaded,,qode-title-hidden,qode-theme-ver-11.2,qode-theme-bridge,wpb-js-composer js-comp-ver-5.4.7,vc_responsive

19 Jul Christy: Together at last

Ogallala, Nebraska—It’s been a slow week on harvest. In Ogallala, Nebraska, we had the majority of the crew working on dry land wheat, and now we’re waiting on the irrigated wheat to dry up so we can get completed here. The wheat here has been pretty good, but if it weren’t for freeze damage earlier, it would have been a lot better. Hopefully the irrigated wheat does well, too.

Gary and Rhonada took their crew to Alma, Nebraska, and combined a really nice crop. It sounds like wheat there averaged around 70 bushels per acre. They seem to get all the good wheat these days.

While waiting on the irrigated wheat to dry here in Ogallala, the crew has been busy catching up on maintenance and fixing anything that has been on the back burner. We’re trying to get as caught up as we can so that when we make our move out to Montana in the next week, everything runs as smooth as possible. 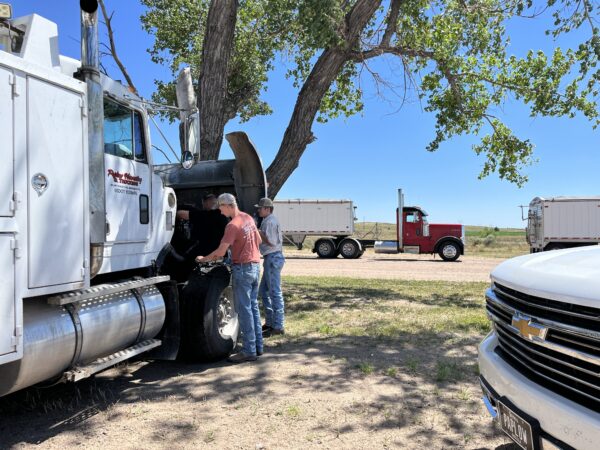 Paul, Patrick, and Parker work on fixing the air conditioning in one of the service trucks. 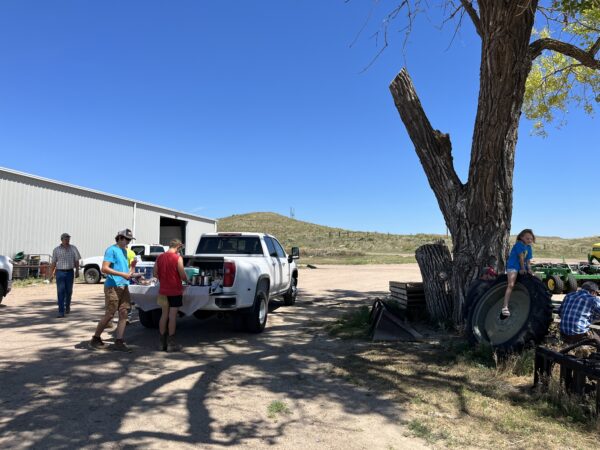 Having lunch in the farmer’s yard while the guys get caught up on maintenance.

While having a little bit of down time, Zoey’s cousins came to visit. She was very excited to see them, and we spent the day over in North Platte visiting Buffalo Bill’s home, and the museum. Even though we have visited this museum before, there’s always something new to find that we didn’t catch before. 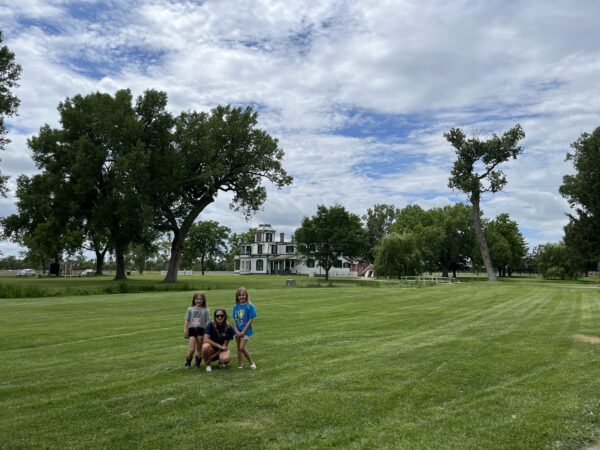 Zoey and her two cousins in front of Buffalo Bill’s Ranch in Paxton, Nebraska.

We also had another really neat experience. One of our crewmembers from Indiana is a member of the Mennonite Church and it was brought to his attention that there was a local branch here in Paxton. He asked if he could join services on Sunday, and somehow it ended up that most of us decide to join, too. Their lifestyle is quite a bit different than how we live, but you couldn’t find more genuinely kind people. The singing during services has to be the most beautiful thing I’ve heard. There wasn’t a pianist or any other accompaniment so it was all just voices. Afterwards, we were able to visit for a while. They were very curious about what we do as harvesters, and how we move from place to place throughout the summer and fall. It’s always fun to talk about what we do, and share how live, just as it is learning about how other people live.

To end the week, Gary and Rhonada made their way to join us in Ogallala. Before they got here, Gary called and said, “Don’t make supper. We’re going to Ole’s.” Ole’s is a steakhouse in Paxton where we have taken our crew to supper for many years. I was even able to finally get a picture of all of us. Not one person was absent, and Gary even got in there. It was an awesome time to finally have everyone together. 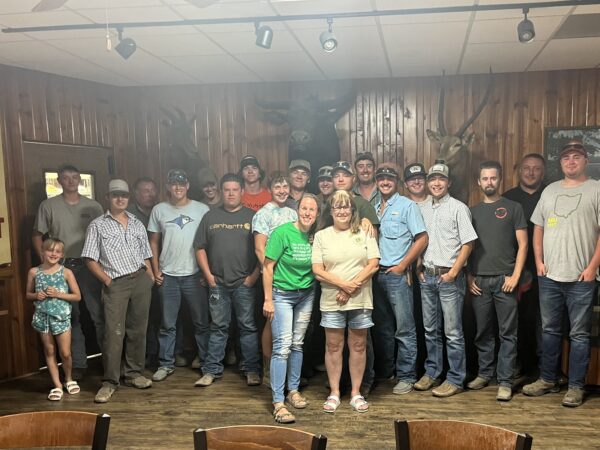 Our entire crew together after having supper at Ole’s Steakhouse in Paxton, Nebraska.

We’ll be packing everything up and making our way to Montana next week. You’ll soon be hearing about wheat harvest from big sky country, my favorite stop on the harvest run.