All Aboard Harvest | Terraces
12980
post-template-default,single,single-post,postid-12980,single-format-standard,qode-quick-links-1.0,ajax_fade,page_not_loaded,,qode-title-hidden,qode-theme-ver-11.2,qode-theme-bridge,wpb-js-composer js-comp-ver-5.4.7,vc_responsive

Sweetwater, OK — I texted a friend one day with this picture and a caption: “terraces.” He replied, “suck!” 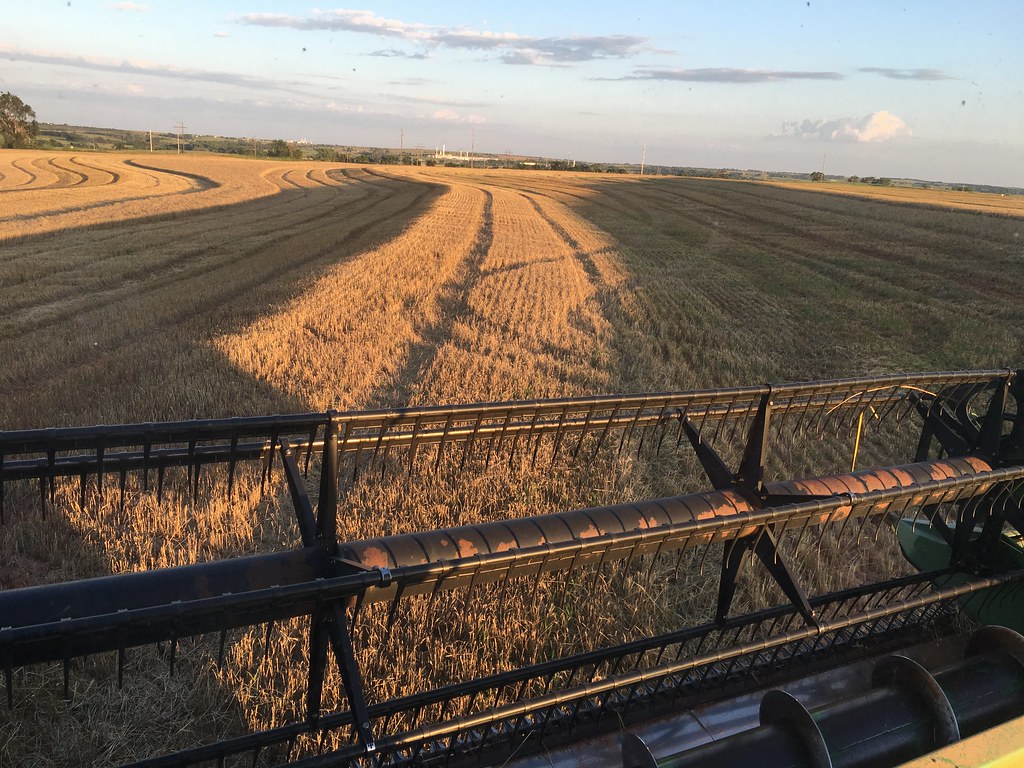 They may not look like much because pictures never do it justice, but they were steep.

Terraces CAN suck. Especially ones like these that are so steep. These are not the steepest terraces I have ever cut on, but I thought they were definitely worthy of their own post. For those of you who don’t really know much about them, they are actually very helpful. They help distribute the water more evenly to the whole field rather than those pesky low spots you can have that collect water. That is basically the job of a terrace. I am not really sure why we don’t see these terraces much north of Nebraska, but I guess that’s the way it is. We cut the terraces out. Meaning, we follow the lay of them following every curve, then cut the wheat that is in between each one and work our way across the field. We do this because we believe we leave too much wheat behind if we strictly just cut up and over them. Some people do it this way, but we prefer to have a field look as best as possible and that means no wheat left in the field.