Manley, Nebraska – The old cliche’ holds true…the older you get, the faster time goes. Jim and I have had numerous discussions regarding this thought. He doesn’t agree with me and for that, I’m jealous. I am one that wants to hold onto the special events as long as I can and then try to recall every minute of it somewhere down the road. The years seem to zoom by and when I say, “I can’t believe it’s been 30 years ago that happened” – he’ll say, “it seems that long ago”. Maybe he’s just denying the fact. Maybe he’s got a better grasp on time than I do. Who knows. The fact is…I can’t believe this is our 35th year of owning a combine and making the wheat harvest journey!

For those who know my story, this will probably bore you. For those who don’t, maybe you’ll find it interesting.

My grandparents were custom harvesters. Grandpa owned a combine for most of his life (even as a young man) but didn’t hit the highways until the early 1950’s. So…this gypsy blood runs deep. When I was 12 years old, my grandparents asked me if I’d like to tag along for the summer – helping grandma with the crew was the intention. But, as luck had it, I was asked to stick around the field one day and help grandpa. I was hooked! Jim worked for my grandparents for a couple of summers as a hired man. We were married April 1982. Our young family (which only consisted of Jamie and Jenna at the time) took off on our own the summer of 1990. The girls (numbering four, after Taylor and Callie joined the group) grew up travelling the highways. Now, it’s just the two of us again.

As years go, the kids grow. Jamie is married to Curt and they have two little ones (Eli – 4 and Nora – 2) and expecting baby #3 on July 17. I’m hoping something will allow me to come home at that time and help out a bit. But, if there’s wheat to cut, it probably won’t happen. The sacrifices we make! Jenna was one of the first correspondents for All Aboard in 2009. After college graduation, she landed a job with CLAAS of North America and continues to work there today. Taylor (who carried on with All Aboard after Jenna) is now married to Colten. This leaves Callie. Callie just finished her first year of college at the University of Nebraska at Omaha. 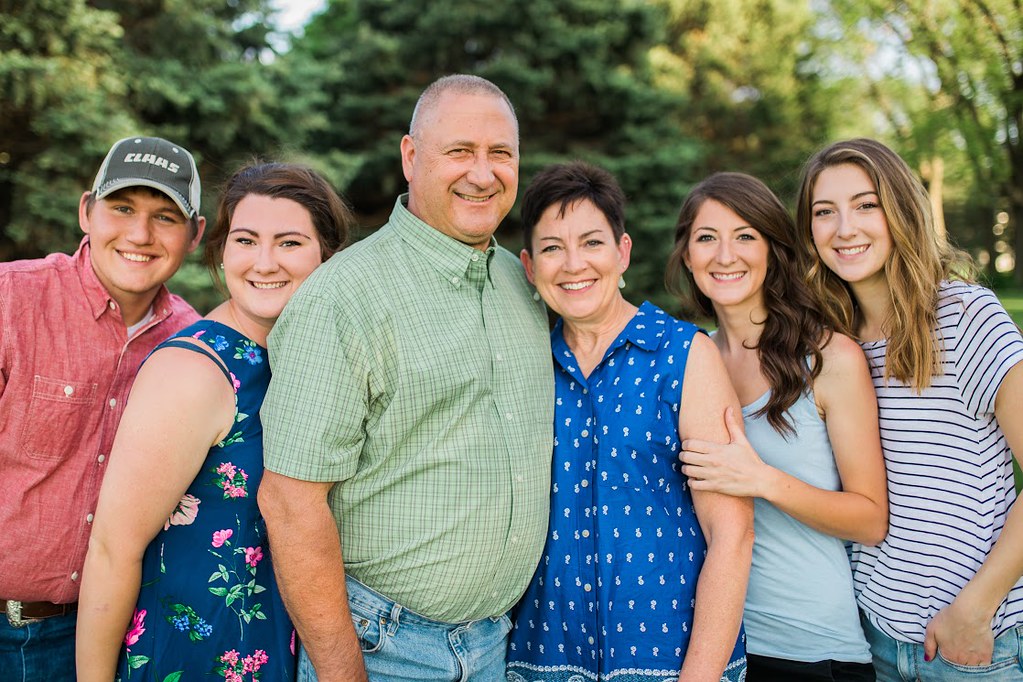 The Z Crew – Left to right – Colten and Taylor Josoff, Jim, me, Jenna and Callie. 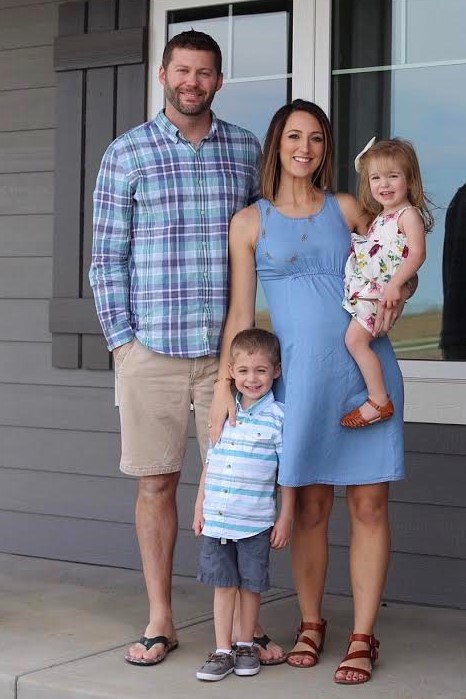 The combine is in the yard, the rose bush is blooming (which used to be the gauge for heading south), the temps are heating up and I’m beginning to see combines moving south on Facebook. The anticipation of harvest 2017 has begun. It’s a mixed up feeling right now. I’m anxious to get on the road because it’s what we do…it’s our livelihood…it’s what we have to do. BUT, leaving the kids behind is not easy!! I used to believe loading the trailer house was the worst part of this life. Now, it’s saying goodbye to the kids. 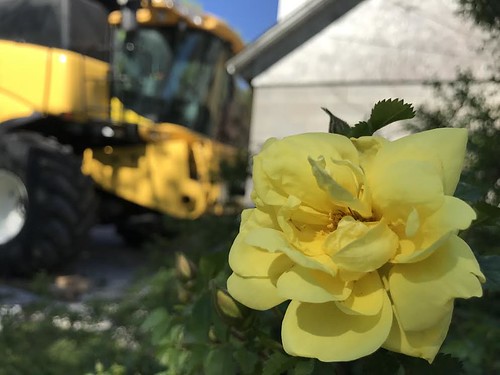 I do, however, look forward to sharing our adventures (good and bad) with you again this summer! You are my reason for writing and telling our story. This way of life is like none other and it’s not for the faint of heart. Sacrifices are made, tempers get heated, electricity is sometimes missing, cell service is not the best, sometimes we don’t even have running water BUT it’s our life. And I want to share all of it with you – not just through words but also through the Combine Cam! The story needs to be told!

If you’ve been one of our loyal followers…welcome back! If you’re new to all of this, I hope you learn something new each time you see a post or view a picture. If you ever have any questions or comments, please be sure to say something! So…harvest 2017…let’s get this party started!