Park, Kansas –  I had a funny feeling this year that we may catch a late cold snap, however, if someone would have told me we would have a good old fashioned prairie blizzard starting April 29th, I probably would have shaken my head.  Freeze yes, blizzard no.  But blizzard AND freeze are what happened in western Kansas where our headquarters is located.

It was quite an ordeal for our crew as they come from various winter weather backgrounds (some with none).  Albert, one of our returning veterans, said, “The blizzard was definitely a surreal experience.  Only saw that on TV normally.  Being stranded without electricity and water made you appreciate the small things in life more, the stuff we normally take for granted.  And to be honest, I’m more of a sunny and blue sky kind of person!” Pieter, another third-year member said, “It was really cold.  When they expected that much snow, I didn’t really think it was possible just because it’s almost the end of April! When it started snowing it was really fun for some of the guys, just because it was their first time to experience snow!  Kansas is a great state, cause you never know what you’re going to get!”

When I got to headquarters the following Friday after the storm, I asked one of the new crew members his thoughts on the storm and if it would be a story for the books.  He commented, “Well, at least we survived.” I  don’t think he initially believed me when I told him that in my time living in Kansas, I hadn’t seen that,  it wasn’t a normal occurrence to have a storm of that magnitude in late April, and he was in on a history-making event!

Fortunately, there was a generator at the farm, but luckily, the hard working lineman restored electricity to headquarters a few days after the storm.  We so appreciate their efforts out in the adverse conditions.  Others in the area were out until the following weekend. 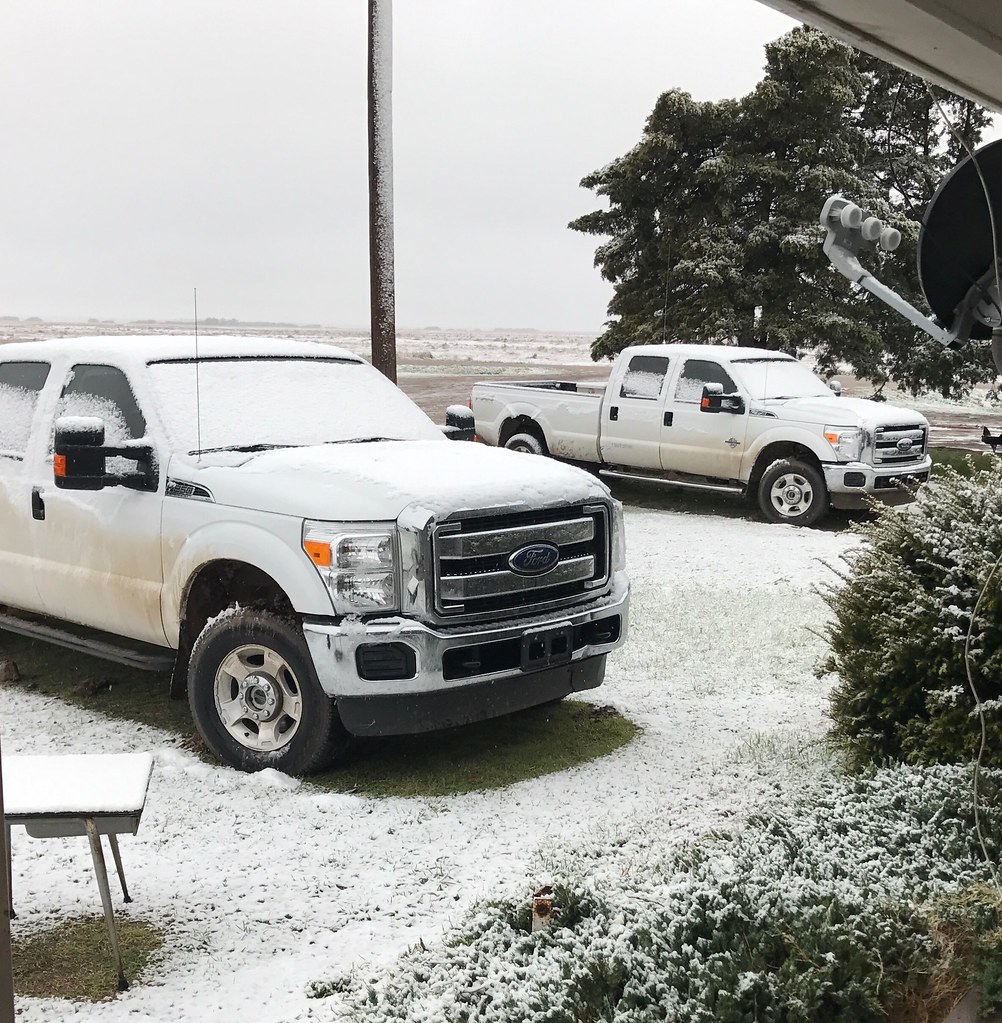 Pieter contributed these two pictures above at the beginning of the storm. It was pretty “G” rated at this point and just slightly cringe worthy temperature! 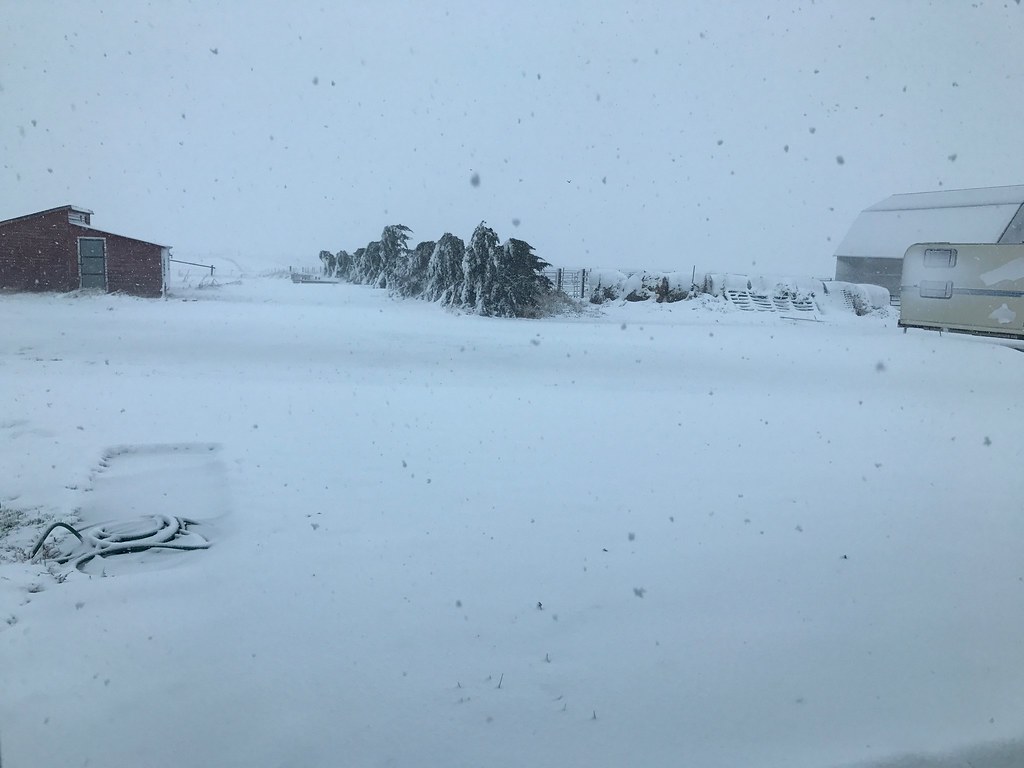 By the next morning, we knew for sure that this storm wasn’t messing around when Pieter texted this. 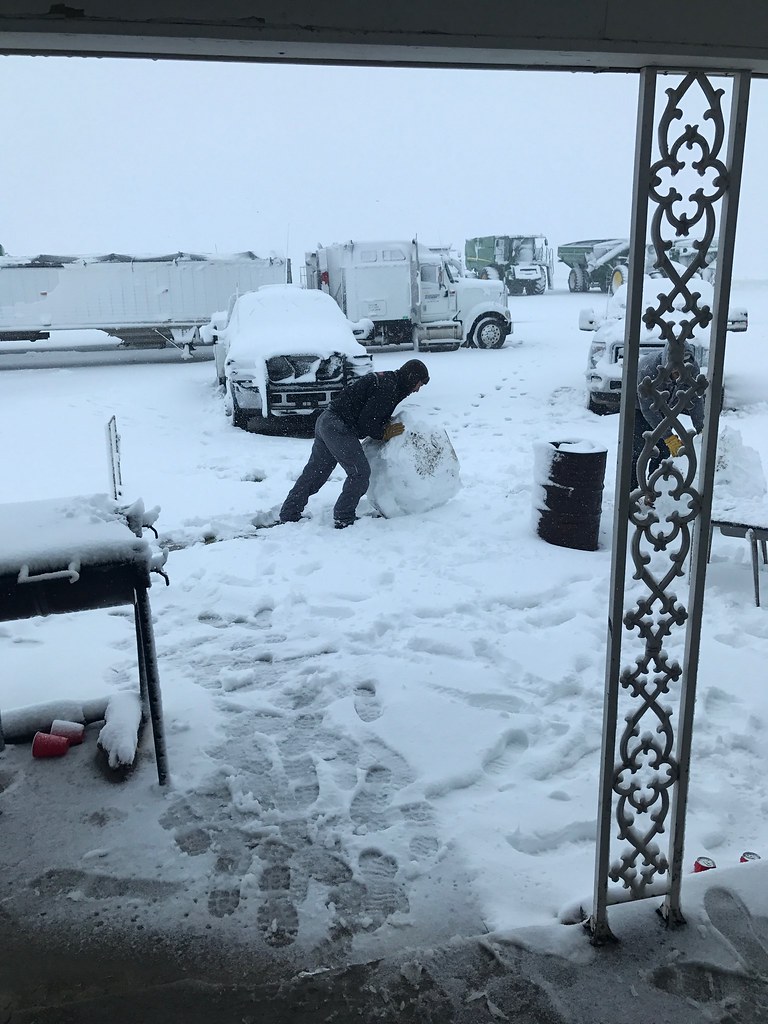 They decided to build a fort, but it got a little cold. (Photo contributed by Pieter) 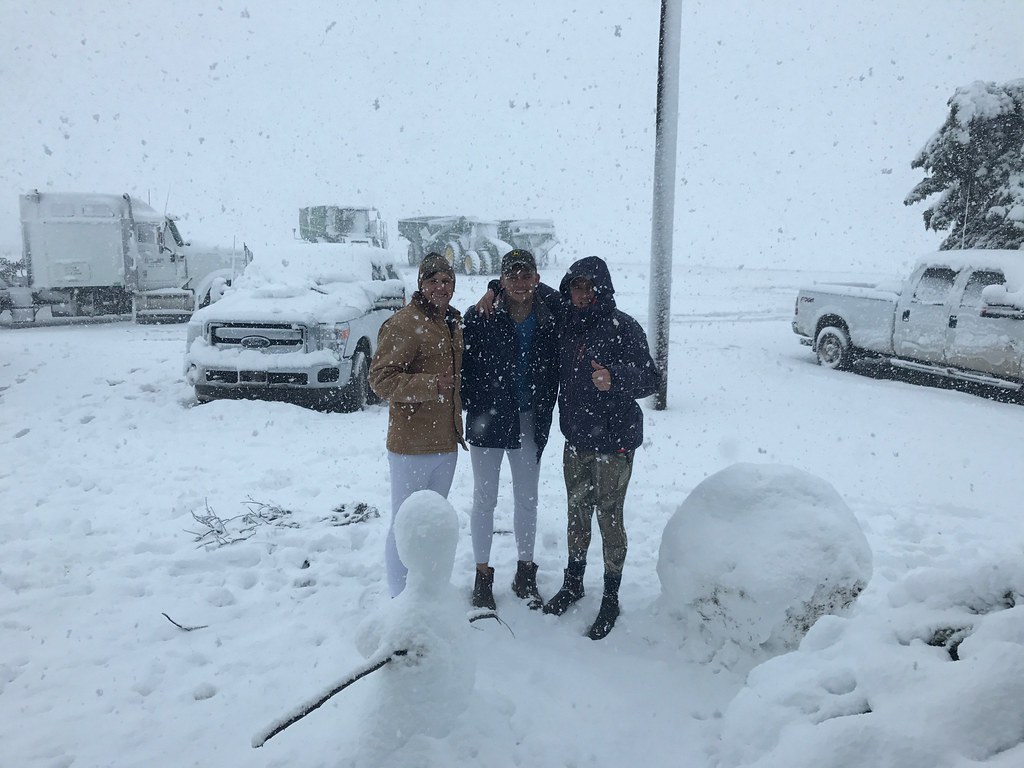 But, that didn’t stop them from making a little snowman! Pictured are Odendaal, Pieter, and Albert. (Photo contributed by Albert) 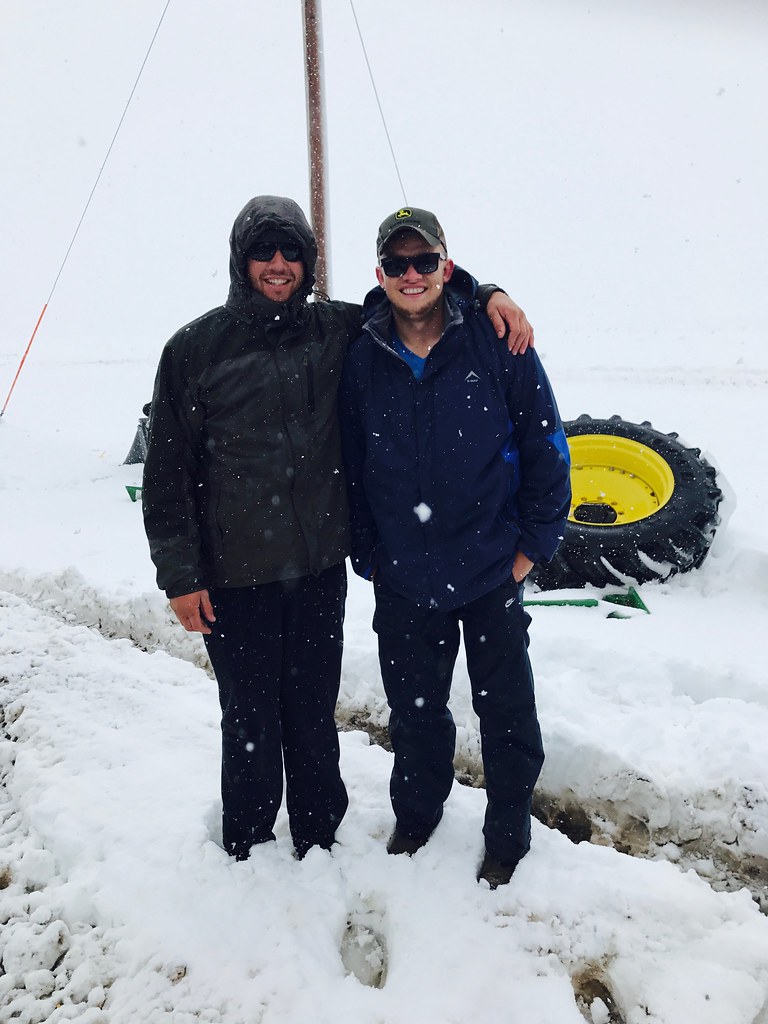 Andre and Pieter got a snow day picture together. (Photo contributed by Pieter) 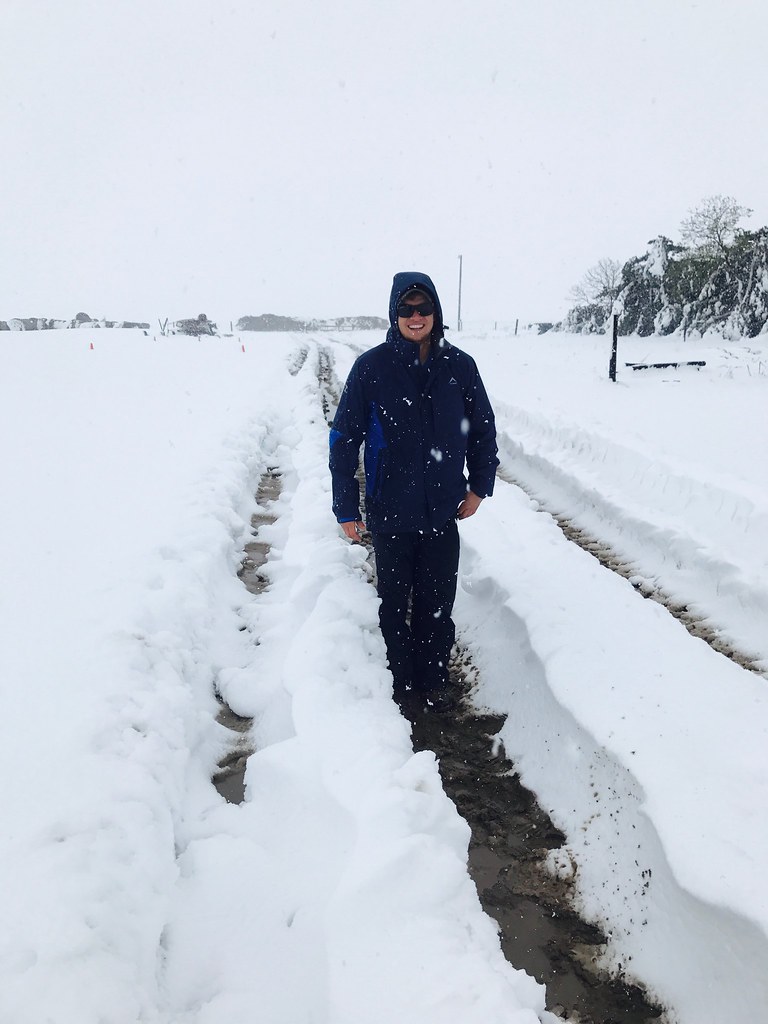 Pieter, the human tape measure! He’s a pretty tall guy and the snow was up to his knees! (Photo contributed by Pieter) 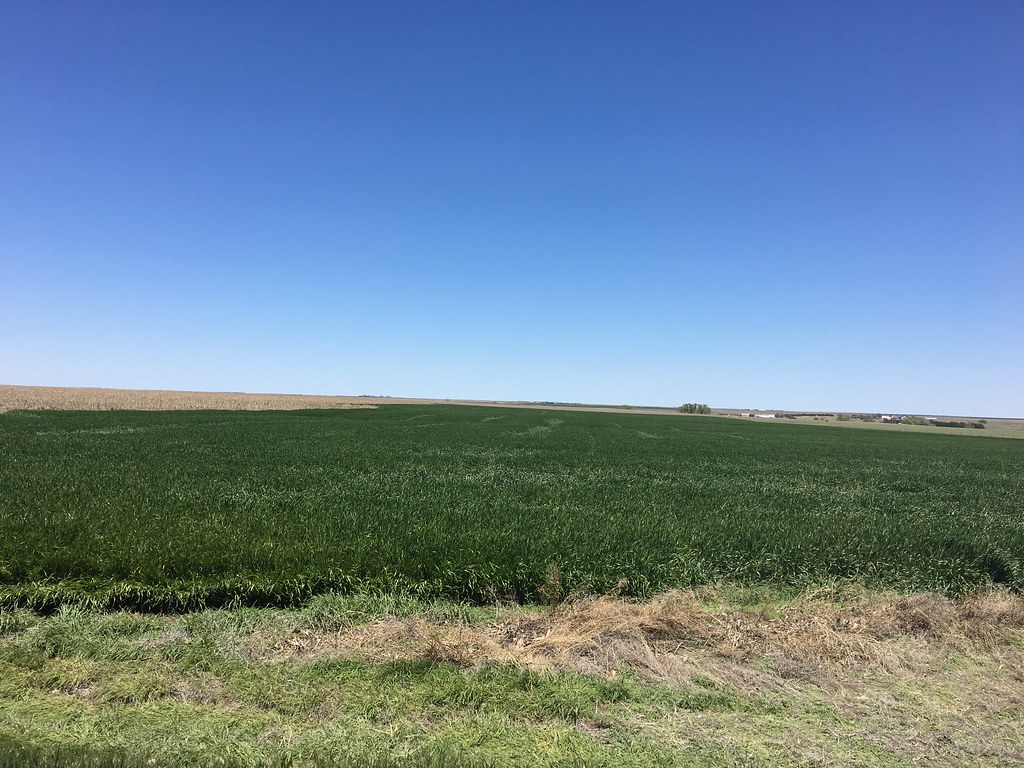 A wait-and-see game. A lot of the wheat started standing back up, but you can see patches still down in this field. (Photo credit: Laura) 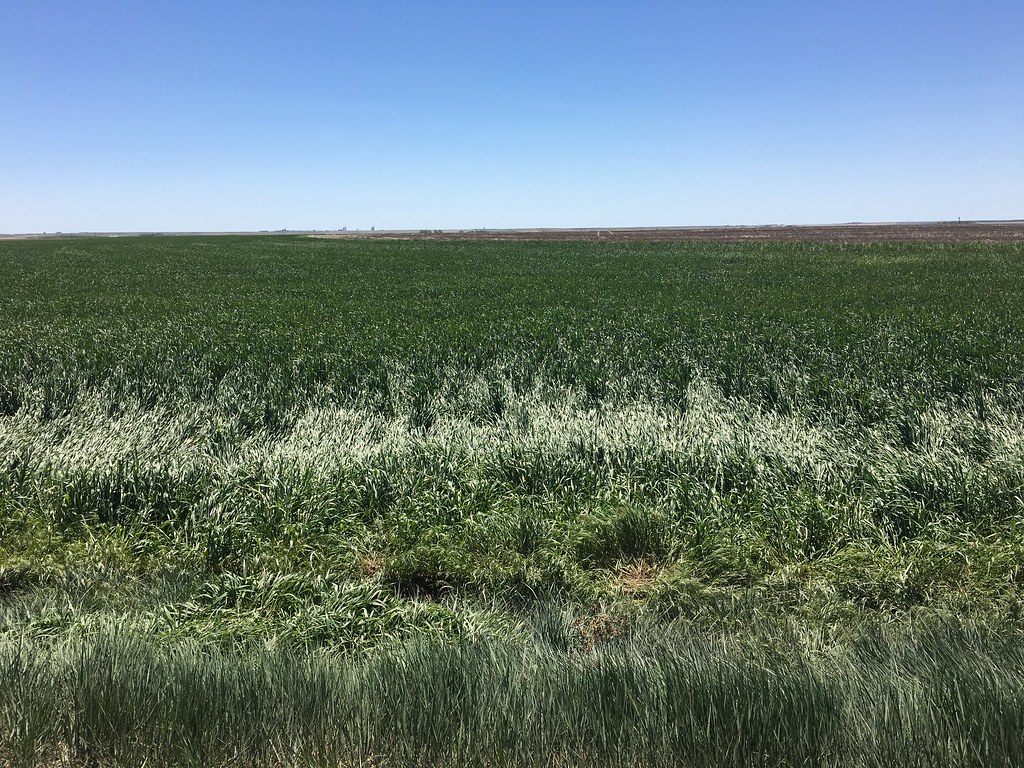 The edges of this field were struggling to stand up. (Photo credit: Laura) 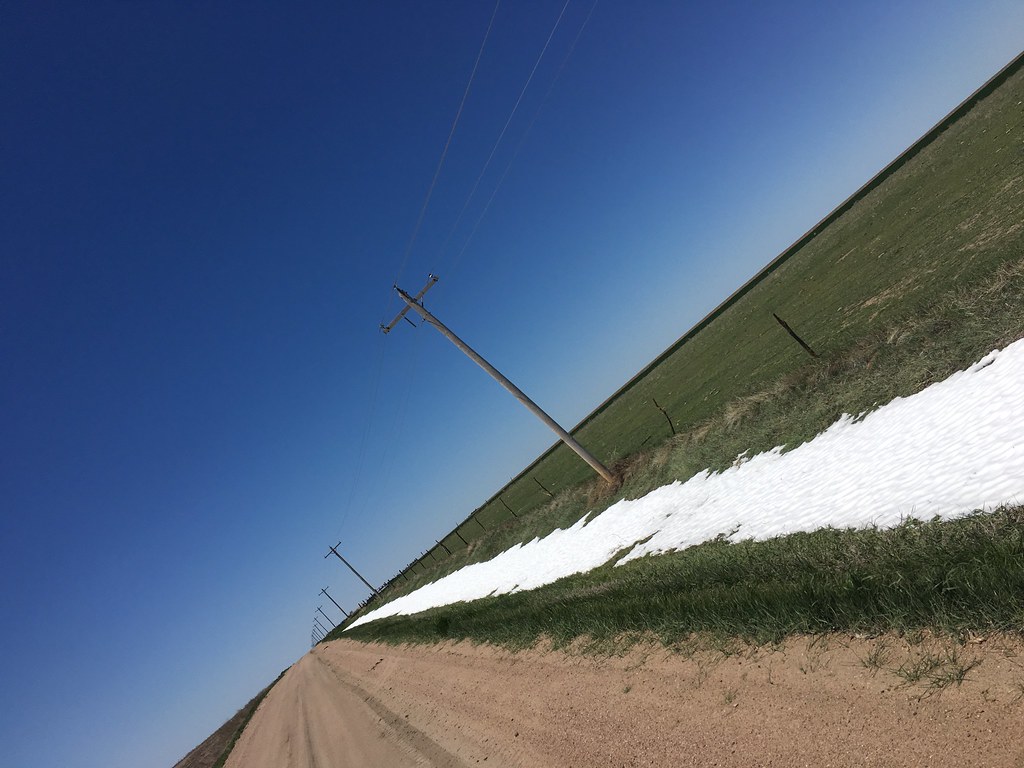 By the following Friday, all that was left of the snow around the farm was in some ditches, side hills, and shaded spots. (Photo Credit: Laura)

The wheat has perked up cosmetically, which is quite amazing really after all it has been through.  The real truth to the extent of the damage will come in the days to follow.