North Central, North Dakota – We’ve been a little light on the news lately, but no news is sometimes just no news. The last several days have been consumed with making the big moves to North Dakota, and the crew in Montana moved just shy of the Canadian border. It takes a lot of effort to make those moves from arranging all the travel permits to the actual miles and trips it takes to get there.

We are thankful to be cutting here in North Dakota as they’ve been very dry this season. Our farmer is currently having us cut peas. The process is similar to harvesting soybeans. We switched out concaves and are using flex draper headers. They have recently caught some much needed rain.  The guys hope to be back in the field in the next couple days.

I wish I could take credit for the clever title, but it was all Ryan!  He also contributed the moose photos below. I was on the phone with him the other night when he popped over the hill and saw this moose. It was fun to witness with him, even though I wasn’t in the truck too. It’s not something a Kansan sees everyday! 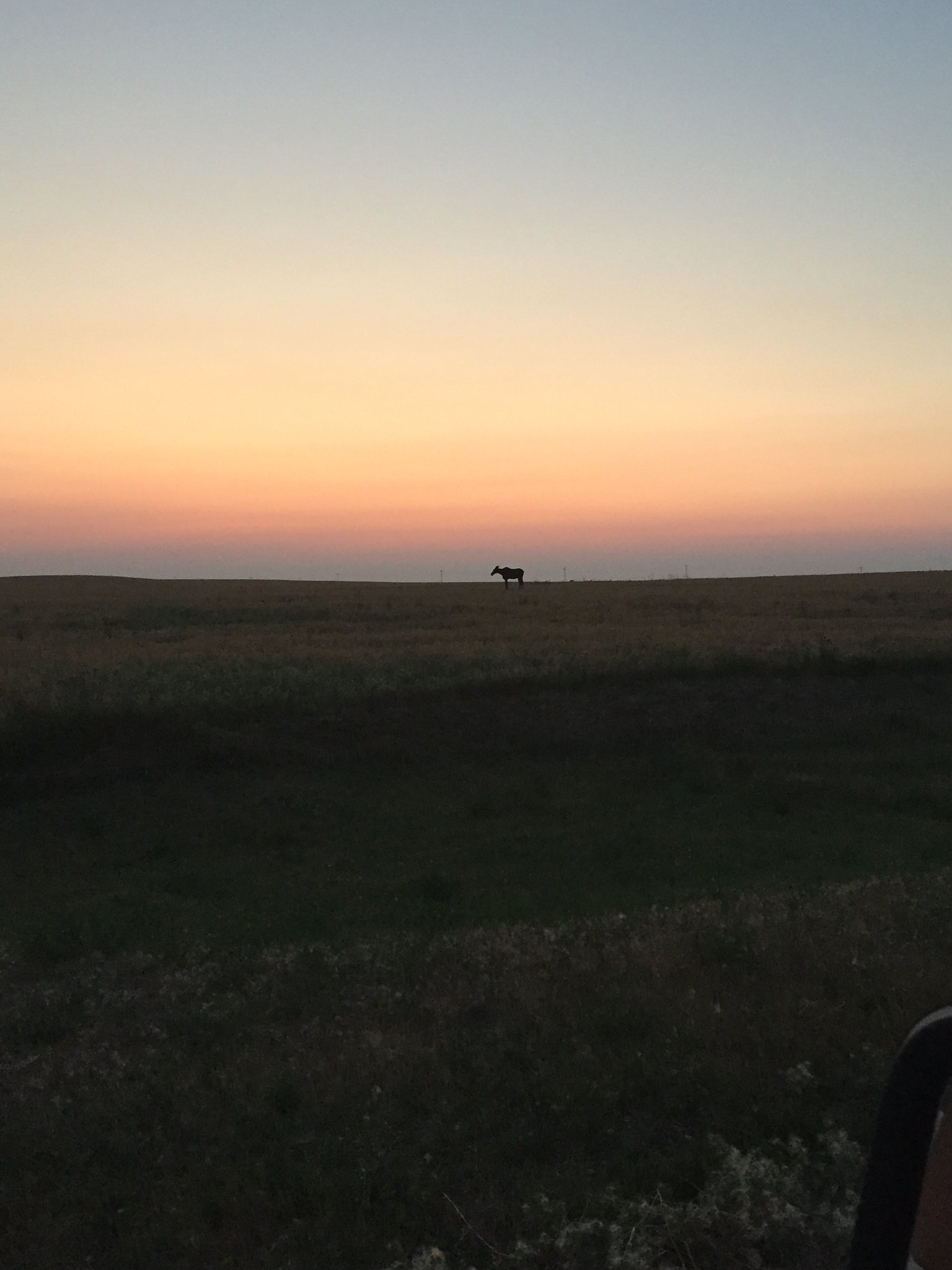 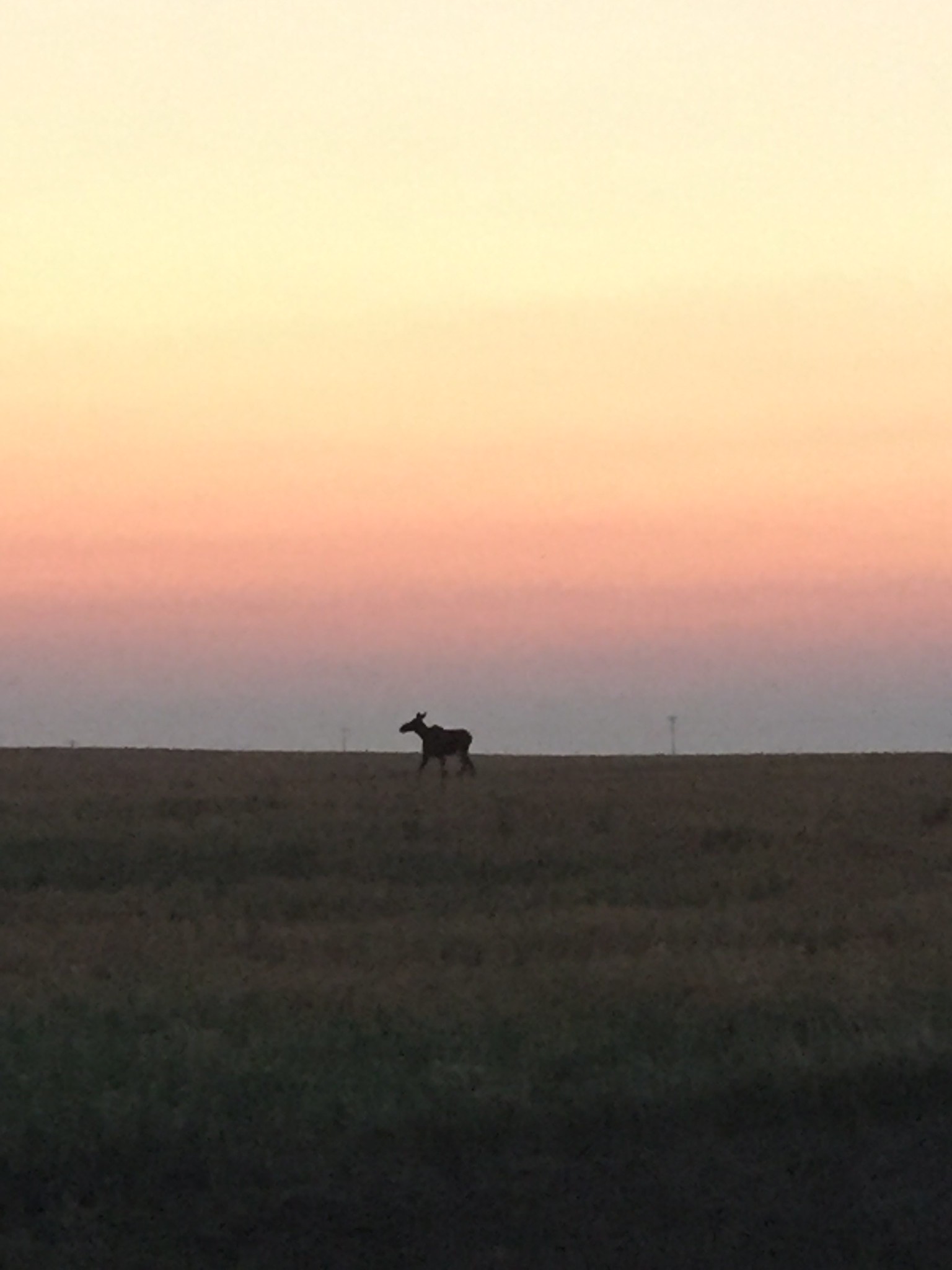 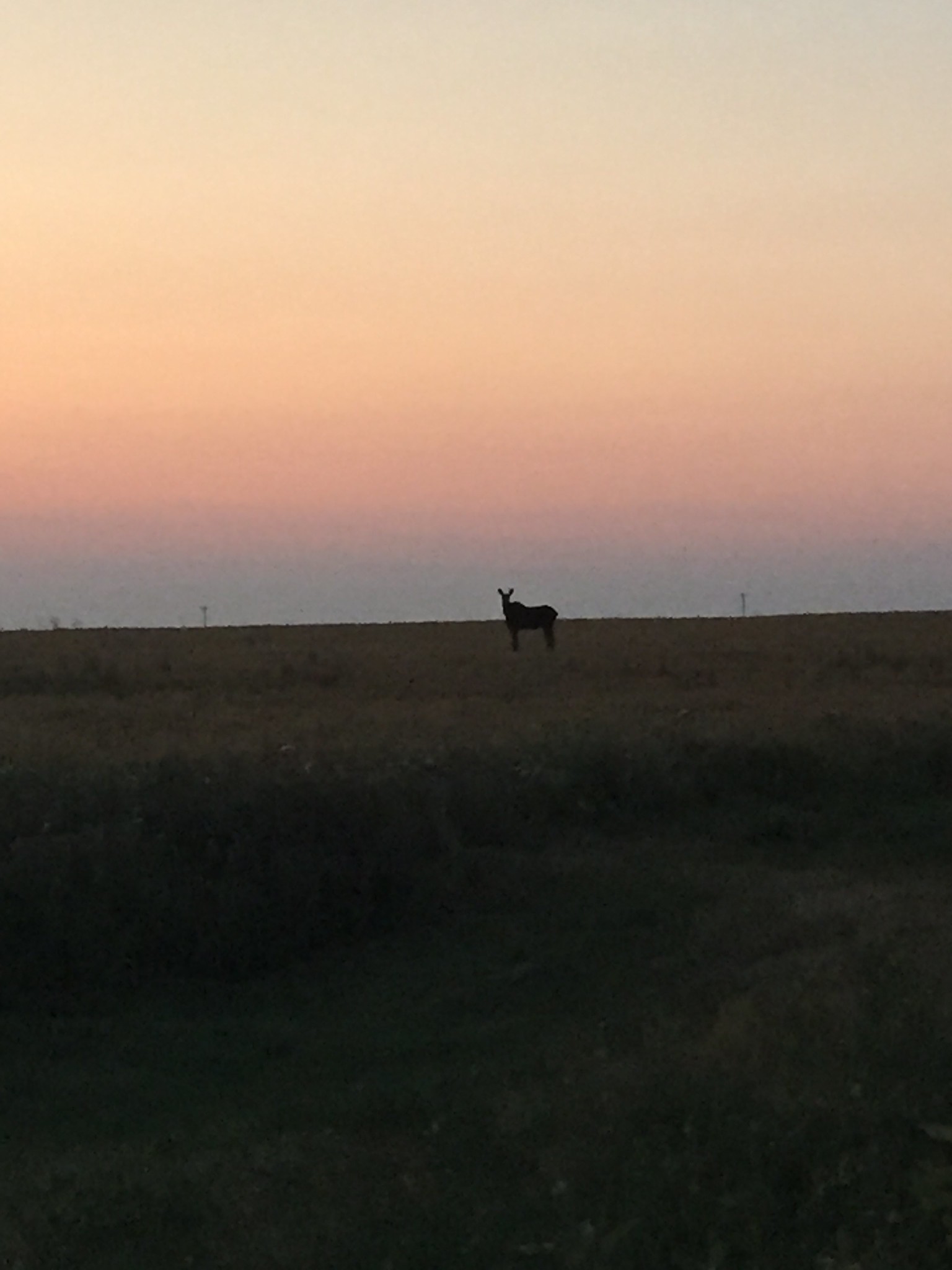 The moose watched Ryan on the road.