All Aboard Harvest | Tracy: Lowering the Stress Level
16616
post-template-default,single,single-post,postid-16616,single-format-standard,qode-quick-links-1.0,ajax_fade,page_not_loaded,,qode-title-hidden,qode-theme-ver-11.2,qode-theme-bridge,wpb-js-composer js-comp-ver-5.4.7,vc_responsive 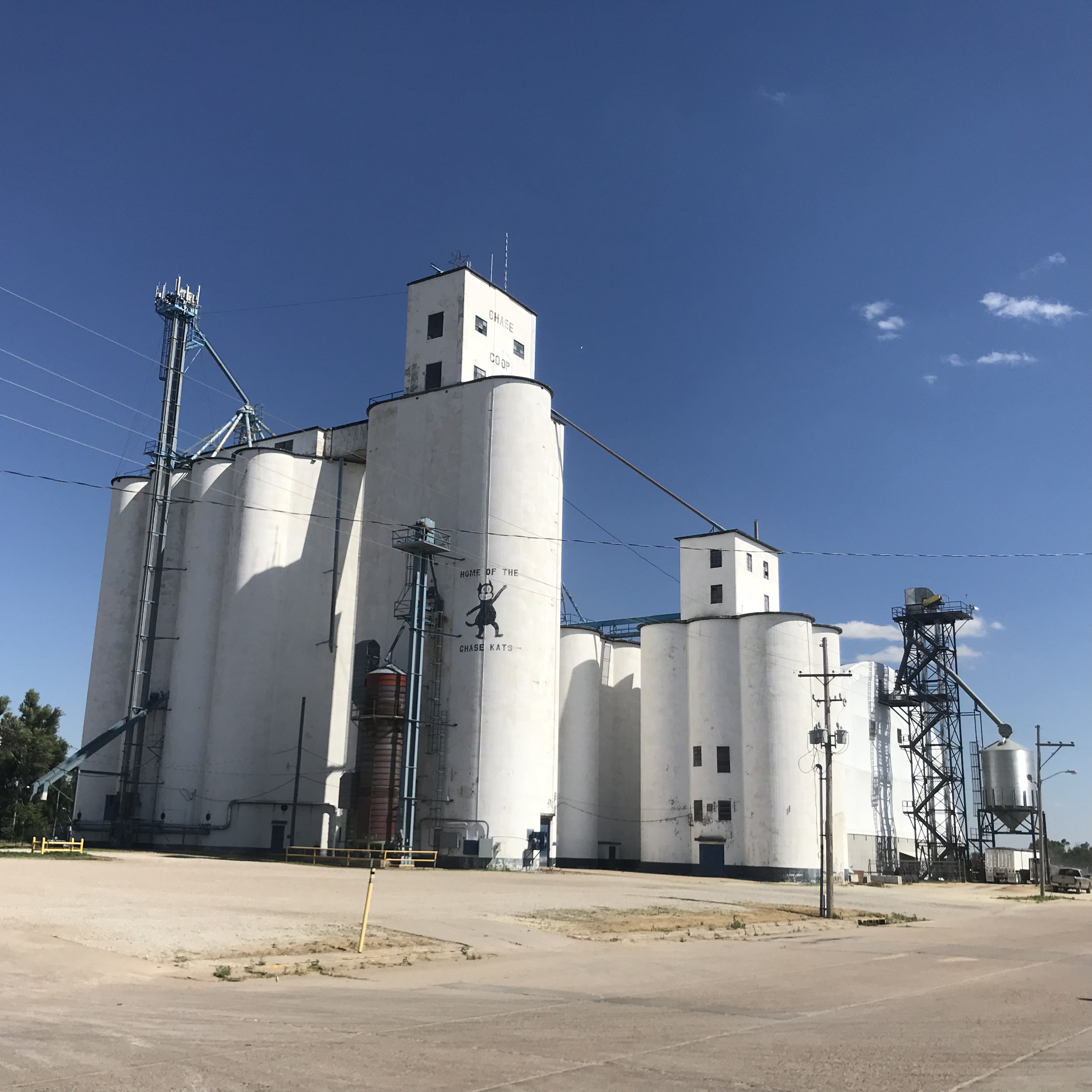 Chase, Kansas – It’s amazing how fast you lose all track of time and days of the week while on harvest! I often question myself what day of the week it is. So, when someone asks a question that involves a day, I’m like, “Ummmm…let me think. What day is today? I think it was on Monday. No, maybe it was Tuesday. Wait…Oh, dang! I have no idea what day it was.” And I’ve only been on harvest time since Sunday.

We arrived with our final load on Saturday evening about 8:30 p.m. We parked the combine and immediately headed to the town of Lyons to get the Cottage on Wheels parked. By the time we got that completed, it was too late to make it to the grocery store for the few items needed for our lunch boxes. But, thankfully, there is a Dollar General in town and we were able to get a couple of items there.

There was no “getting ready” at all. We were immediately trying to get in the field the next morning. But not before we got the Combine Cam installed. Grant, from Kiowa County Media Center, met us in the farmyard shortly before 8:00 with everything necessary to make it happen. It was awfully good to see him again. We’ve developed a pretty good working relationship since the first day the camera was installed in our combine and I look forward to working with him again this year! This was also Father’s Day. So I wanted him to get the job done and then get the heck back home to be with his family. It didn’t take him very long and he was soon on the road heading for Greensburg. 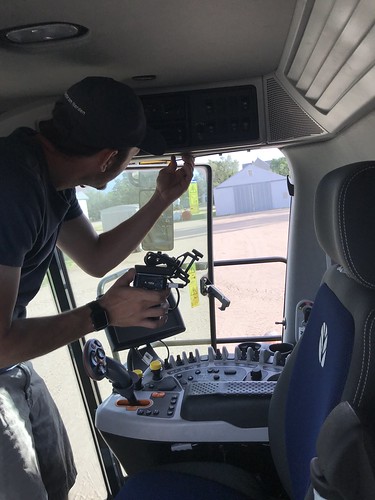 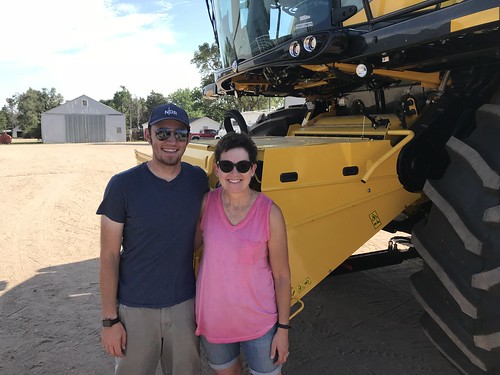 Sunday was the longest day of harvest in the history of The Z Crew! It seemed like anything that could go wrong, did. We were trying to get back into a “normal” harvest routine but everything was just all different. The new combine was different. The Combine Cam setup was different. We were in a different territory. And it was HOT! The girls each took turns calling Jim to wish him Happy Father’s Day but he had to tell them he was just too busy to talk. The stress level was way high that day. Way high! 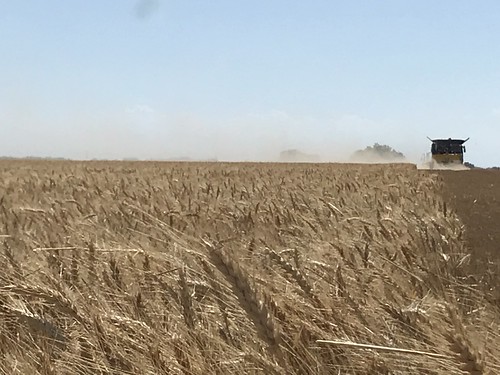 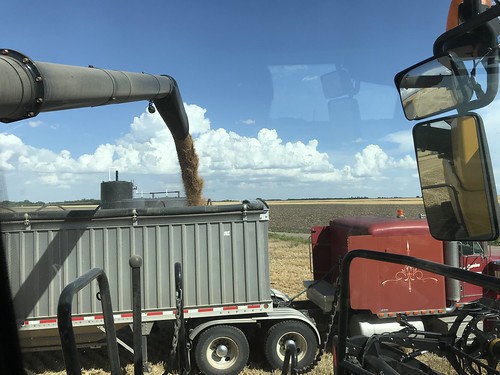 Monday was much better and when Tuesday rolled around, it was starting to feel “normal” again. The routine was coming back and the changes we were experiencing were starting to feel less stressful. It’s much like starting a brand new job. It feels AWFUL for the first few days (or week) until you start catching on and then it feels like, “Hey! I think I got this!” 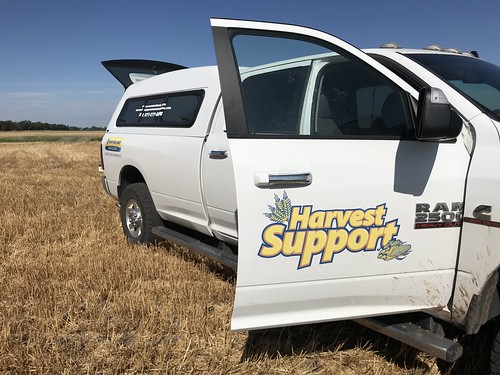 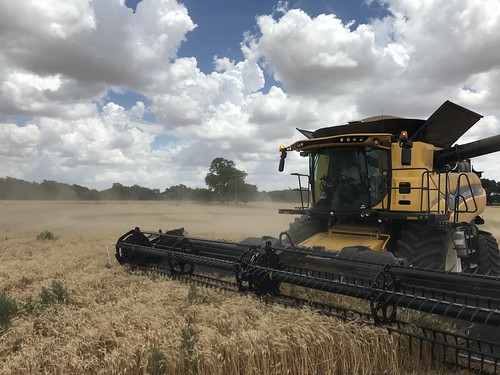 If you had been watching the Combine Cam on Tuesday night, you would have been experiencing the adrenaline rush of playing the cloud game with me. The storm clouds started rolling in late afternoon. The guy at the elevator told me it would be raining about 8:00 p.m. So, I knew we had to keep our “nose to the grindstone” and keep pushing to finish this field. If there’s anything I hate doing, it’s leaving a very small amount of wheat in a field for the night…especially if it’s going to rain.

The clouds kept coming closer, the lightning a bit more often and brighter and then…the storm warnings came over the radio. You know the kind. The beep, beep, beep of the alarm and then, “The Dodge City Weather Service has issued a severe thunderstorm warning for the counties of…” About this time, the wind changes direction and hit full-force from the northwest. Jim’s voice comes over the radio, “I think the temperature has dropped 20 degrees in about two minutes.” Great.

And then he starts towards me with a flashlight. He jumps in the cab and tells me he thinks we should just quit for the night. “By the time we get the trucks tarped, the combine blown off a little and all our stuff gathered, it’s going to start raining.” I disagreed with him. I told him I thought we needed to finish the field first, “There isn’t that much left out there.” “How much is out there?”, he asks. “I have no clue, but I know there isn’t that much left.” He reaches over me and starts touching the display screen to get to the page that draws out the map of the field as it’s being cut. At this time, he realizes that I’m right – there isn’t that much left. “Just go!” As he’s telling me to keep going, he’s leaving the combine and heading back towards the trucks. All the while, the wind is blowing like a banshee.

Sometimes, when we take the chance to play the “cloud game”, we lose. This time, we won! I finished the field, we got the trucks tarped and parked for the night, the combine blown off and we made it back to the trailer house before the storm hit. We purposely stayed up thinking we might have to leave, due to the wind. But, the wind didn’t blow – not like we were preparing for. So, we shut off the lights and went to bed with the sound of rain hitting the roof.

We had company yesterday (Wednesday). Kent Braathen and Dan Misener drove up from Kiowa to visit for the day, knowing we were rained out. It’s ALWAYS good to have friends come hang out with you…especially those who show up just in time to help with a project in the field. And one that involves the combine. We needed to make an adjustment on the feederhouse faceplate and now was the perfect time to do it! While Jim and the guys worked on that, I hung out on the “deck” of the combine ladder to escape from the biting flies. They have been so bad! 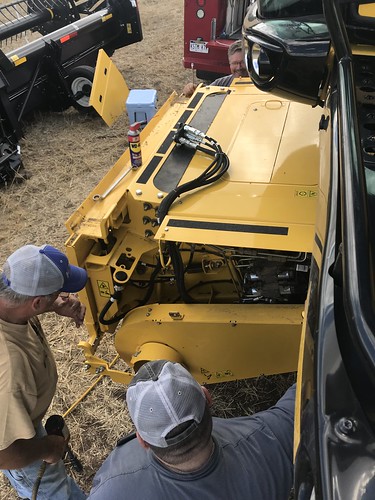 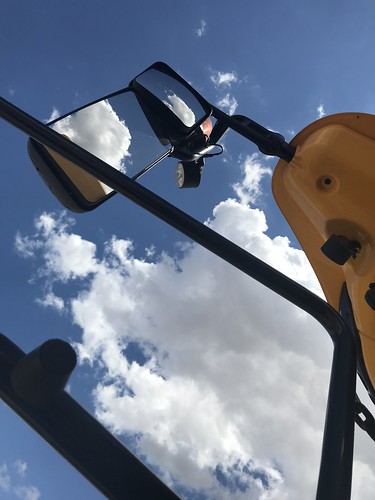 When the project was complete, we headed back to town. We weren’t here very long and there was a knock on the door. A fellow harvester – from Australia – found us and wanted to visit. Lots of similarities in the American harvest and the Australian harvest when it comes to the custom harvester. Isaac was here for a funeral and decided he was going to catch up with us while he was making his way to Colby. We had a good visit and enjoyed getting to learn more about their way of doing things “down under”. 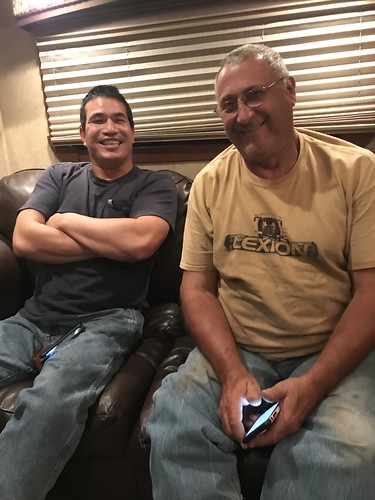 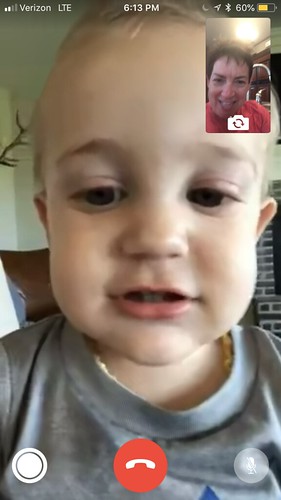 We were able to get back in the field about 1:30 this afternoon and we finished the job we came here for. We’ve never been here before so I don’t know what a typical yield is. I wasn’t sure what to expect because of the drought but it looks like this will average 45-50 bushels per acre. The test weights were consistently 62 and 63 pounds. The cutting conditions couldn’t have been any better!

We will load up the equipment in the morning and make our first trip to Garden City and back. The second load will head out on Saturday morning. 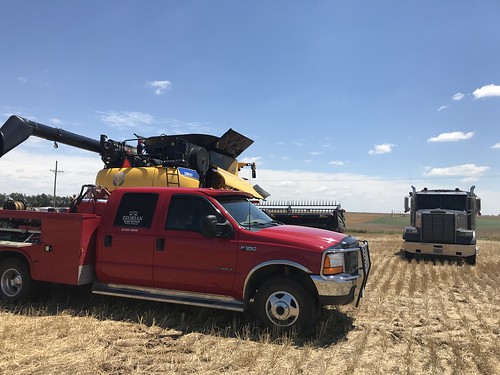 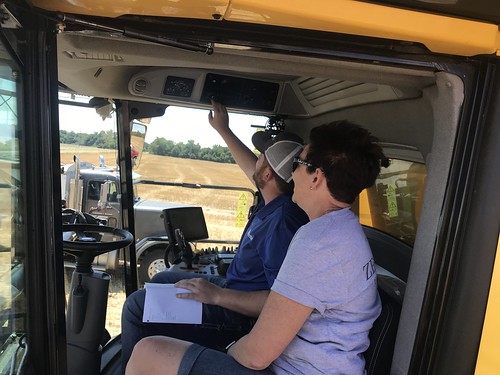 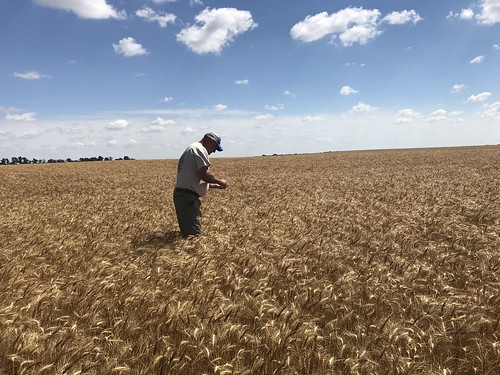 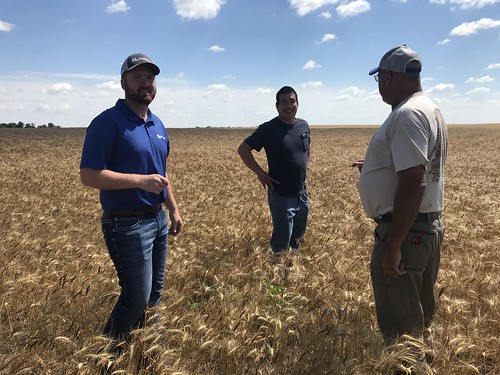 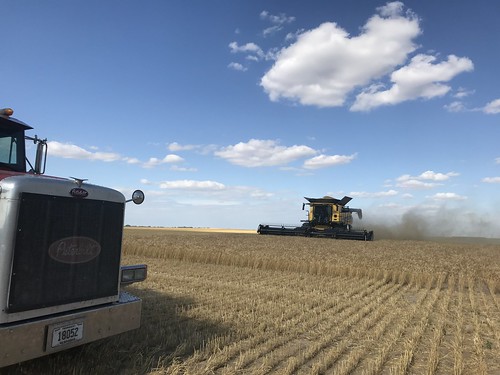 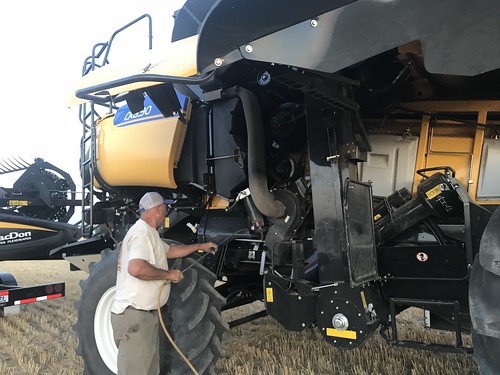 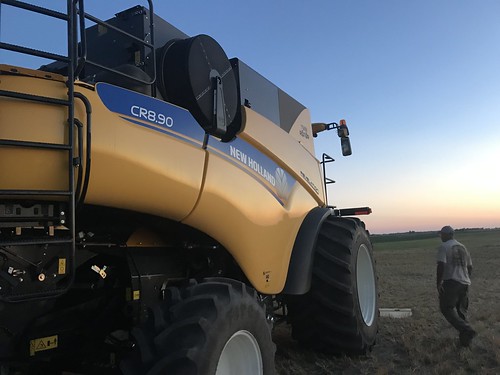 I’ve enjoyed our new adventure in Lyons, Kansas! And we are forever grateful to the people who made it possible! There is a lot of craziness in this world but there are still way more good people than most people hear about.

Our first job is in the books. And the stress level is so much better than it was just five days ago!