All Aboard Harvest | Laura: South bound and down
19334
post-template-default,single,single-post,postid-19334,single-format-standard,qode-quick-links-1.0,ajax_fade,page_not_loaded,,qode-theme-ver-11.2,qode-theme-bridge,wpb-js-composer js-comp-ver-5.4.7,vc_responsive

Laura: South bound and down

02 Sep Laura: South bound and down

Home—I reached down to pick up something from the floor of the garage in front of my vehicle’s engine. I could still detect the smell of hot wheat dust on my engine as it cooled. While I love that smell, it was almost like rubbing salt on a wound. Our harvest run was over for the season. School would be starting in five short days for me and even if we had the exact same crew back, nothing stays the same. Each season is unique, special in its own way, at its own time and there is no going back. 2020 put a whole different spin on things in a way that’s difficult to describe unless you were here.

There is an emotional let down that comes at the end of the season. You ride a high all season long but that doesn’t mean its a high of rainbows and unicorns for months on end. It’s an adrenaline high. It’s being on alert all the times for changes, the unpredictable, the good, the ugly and a lot of in between. Every single job is important and we take it as seriously as if we were harvesting our own farm.

The let down started a few days prior when we finished the last of our assigned acres for our southern Montana job. We had gone so hard and to watch the dust fade behind the retreating combines was a sight to behold. The yields came in around 50 bushels per acre on the wheat and canola was around 30 bushels an acre. We consider this a success considering the hail that had damaged some of the fields in the area.

My family wasn’t the only one heading back to school. One of our team members, Campbell, was also returning to college. We thought we would be heading to North Dakota, too, in a couple days to pick him up before heading home. but as harvest does, those plans changed almost instantly and there would be no more green machines for the four of us. With goodie bags and some “so longs,” we said goodbye to the crew heading to North Dakota. They went east and we stayed behind.

With the team that remained, we ended our run with a fun barbecue that evening with music, laughs, a South African marinade on the meat and even a cardboard suit a team member designed for Lady A. There was almost a chill in the air, a sign that the Montana summer would soon be coming to an end, but not before their last stop in the state. Goodbyes were said to the crew, and we looked forward to seeing them again for fall harvest in a few weeks.

The next morning we said our goodbyes to Ryan. The kids are old enough now to really recognize the separation. At the time of this writing, we are just coming up on the three week mark. There are definitely sacrifices made by our family and our crew members to partake in this way of life.

It was hard to be down for long, though, because the adventure wasn’t over! Honestly, this mom probably has a habit of overdoing it trying to see all the things but it’s usually worth it. It’s tradition for the kids and I to hit as many points of interest on our way to and from harvest. Bless his heart, Campbell had to come along for the ride of our family’s chaos that comes from long miles and tiredness of one too many late harvest nights with little tykes! Man, he was such a good sport about it all and it was a trip south we won’t soon forget!

I’m just about to wrap up my second week back in the classroom at the local university and the children have both started their new routines. There is uncertainty surrounding the new normal of this school year. However, if harvest has taught us anything, it is to roll with the punches. Hopefully with a little grit and a positive attitude, everyone will have a great year!   Best wishes to everyone heading back to school! 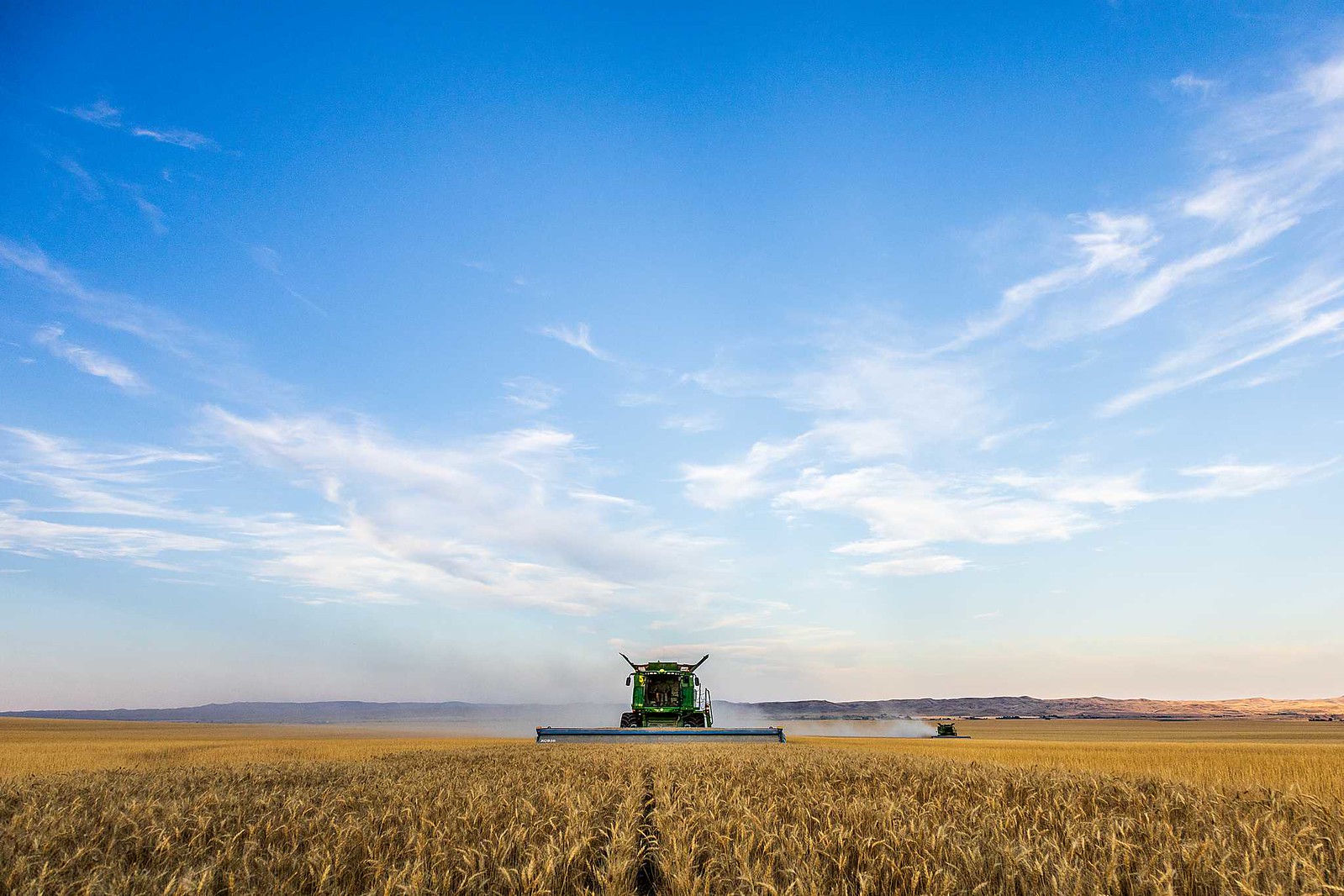 Golden hour is my favorite time in Montana! 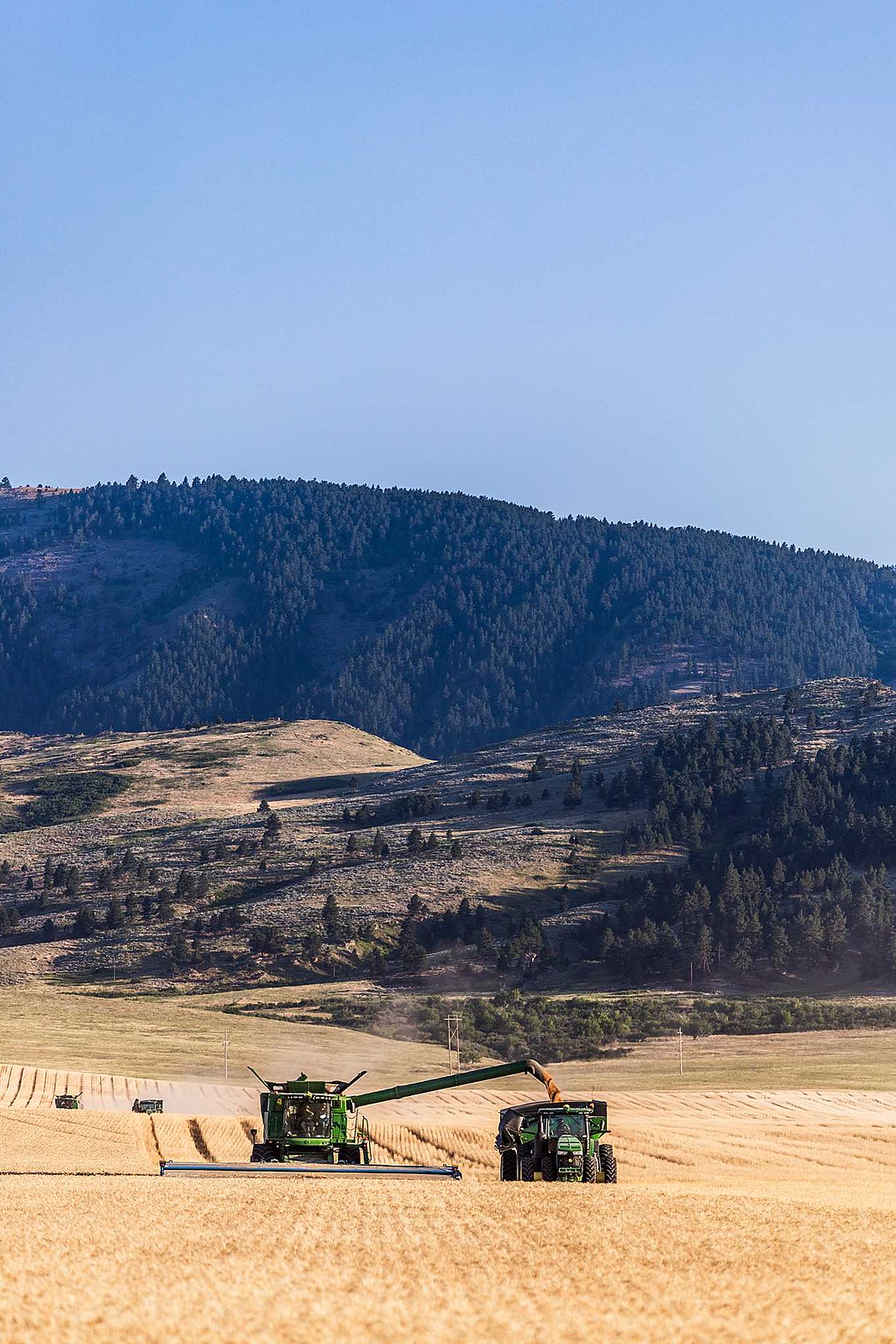 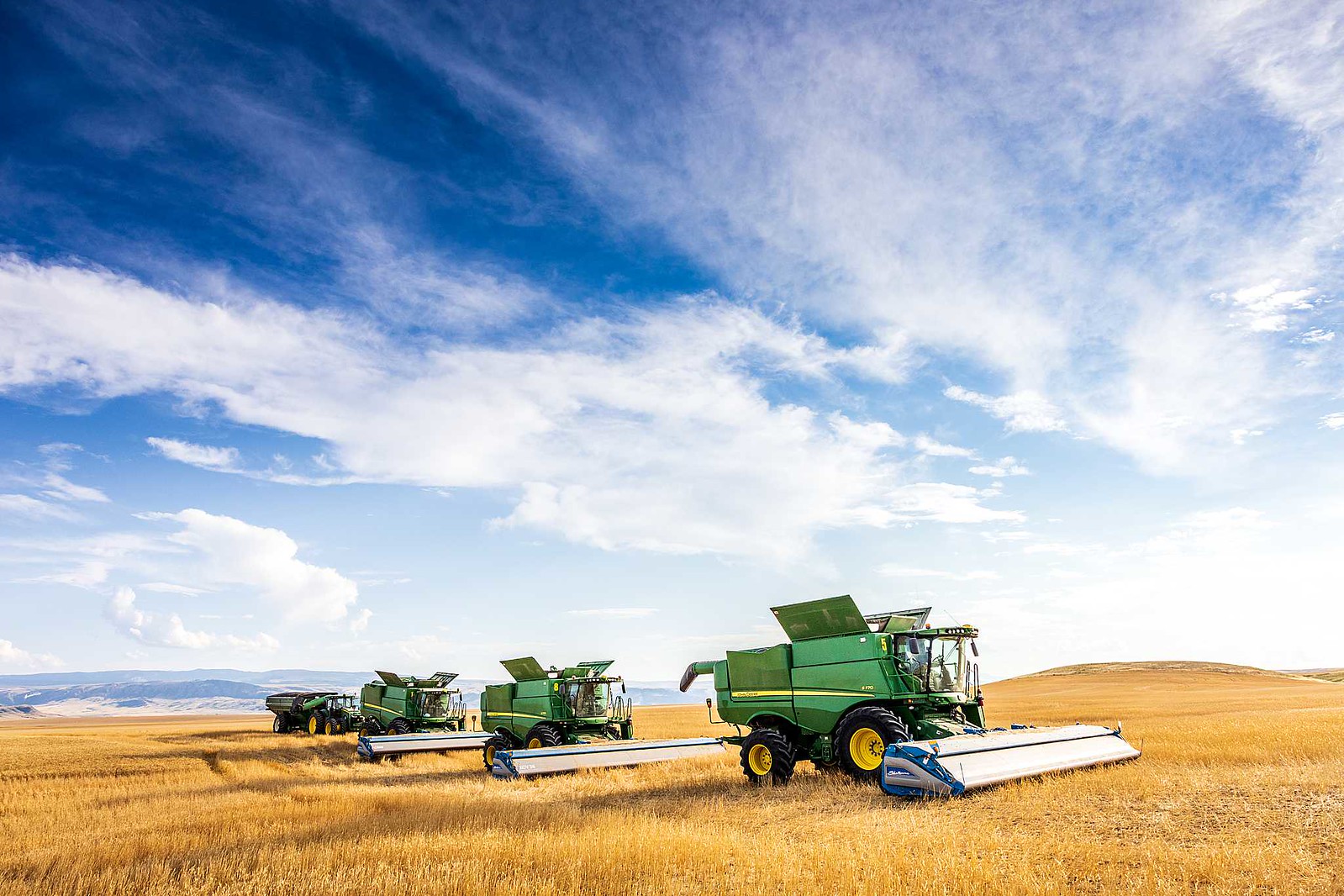 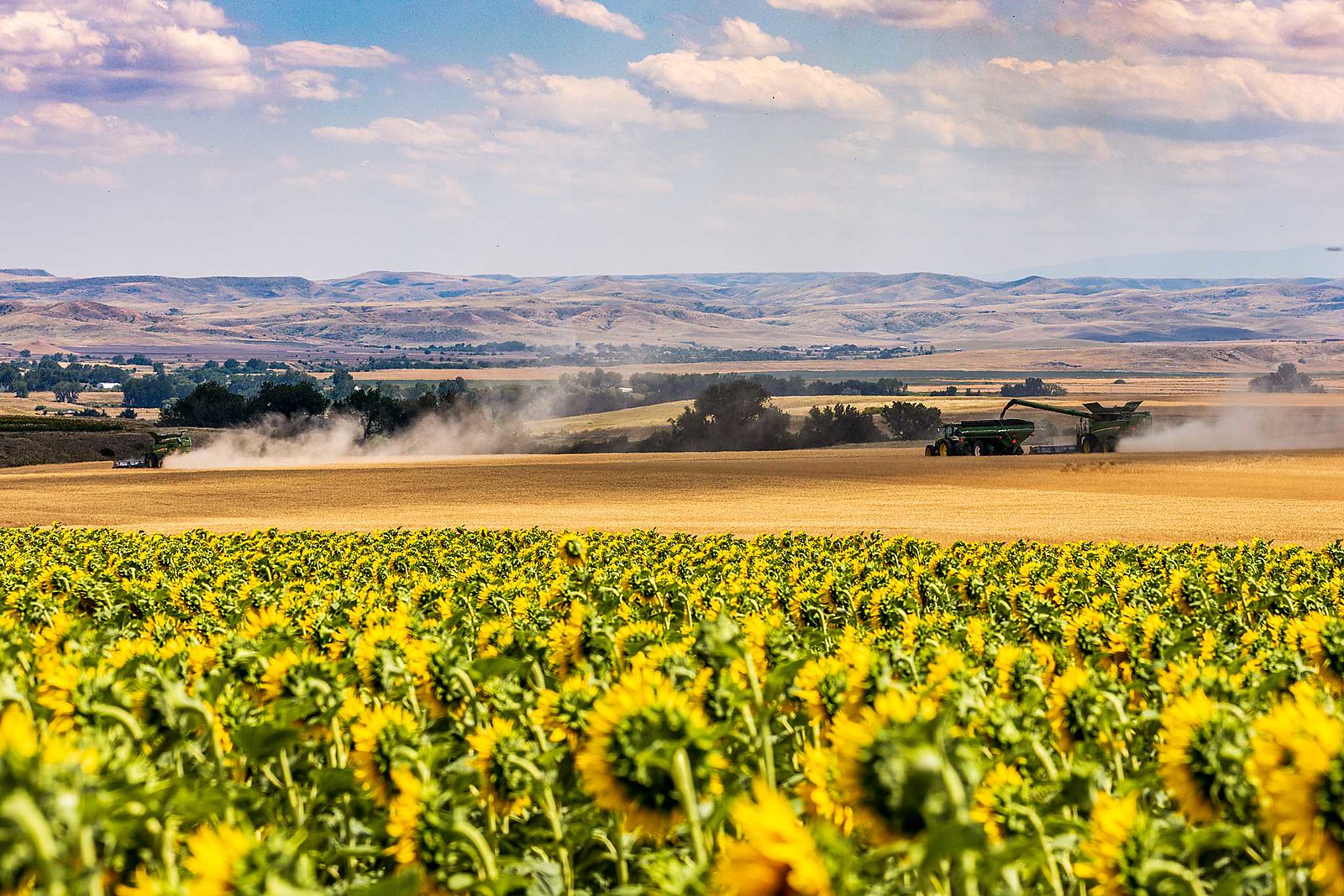 Sunflowers and wheat! Now that’s a combination for an amazing view! 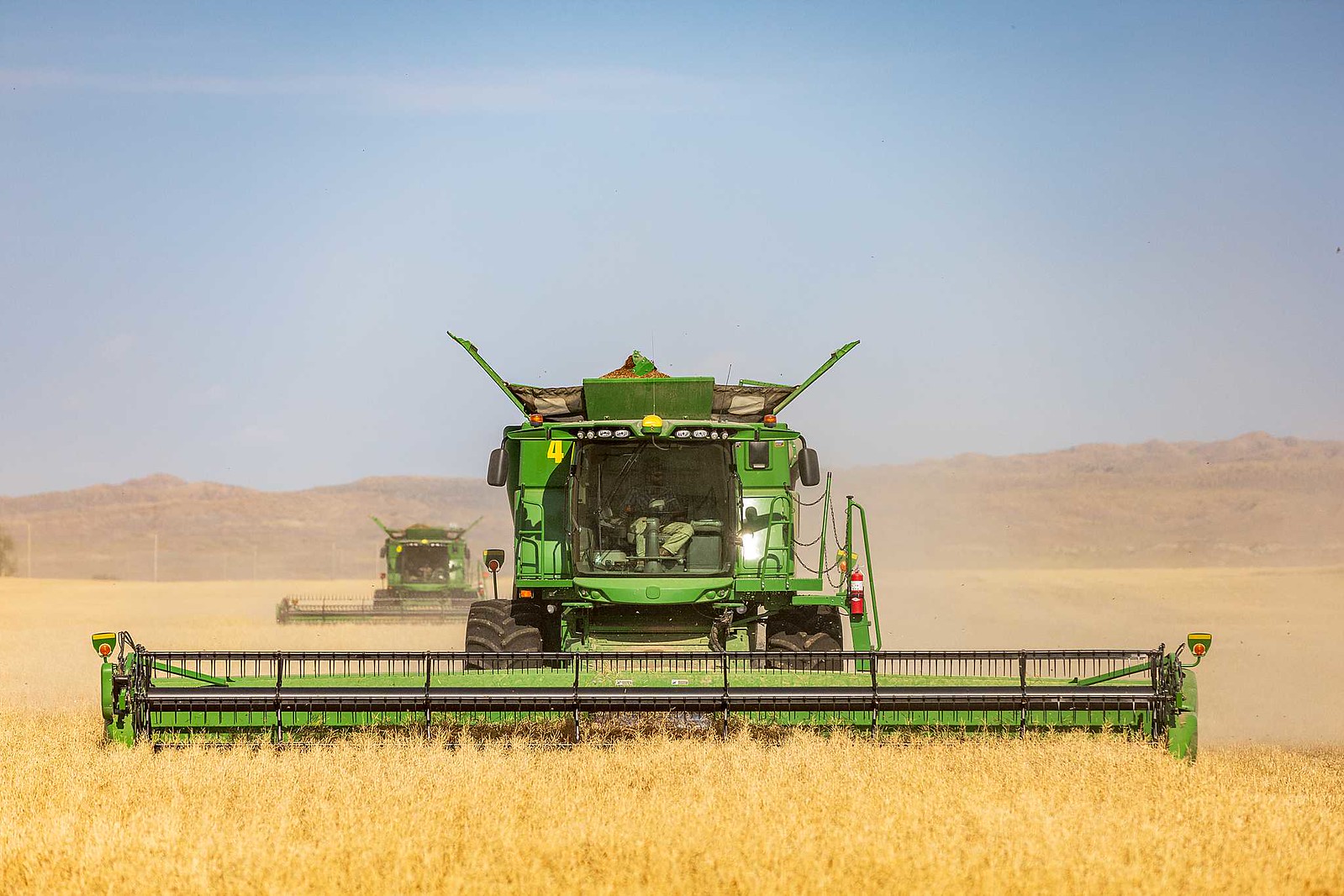 Working through the canola. 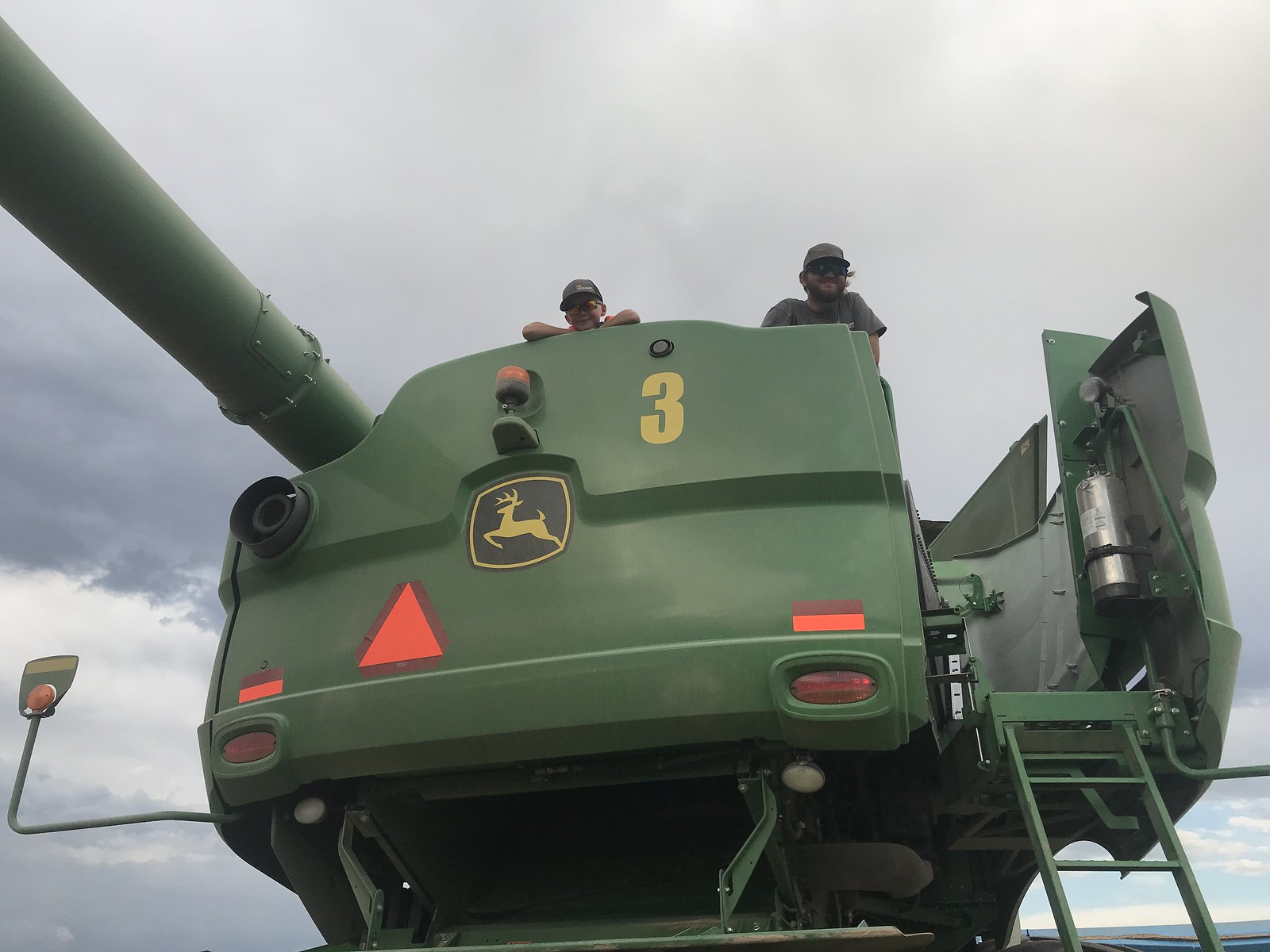 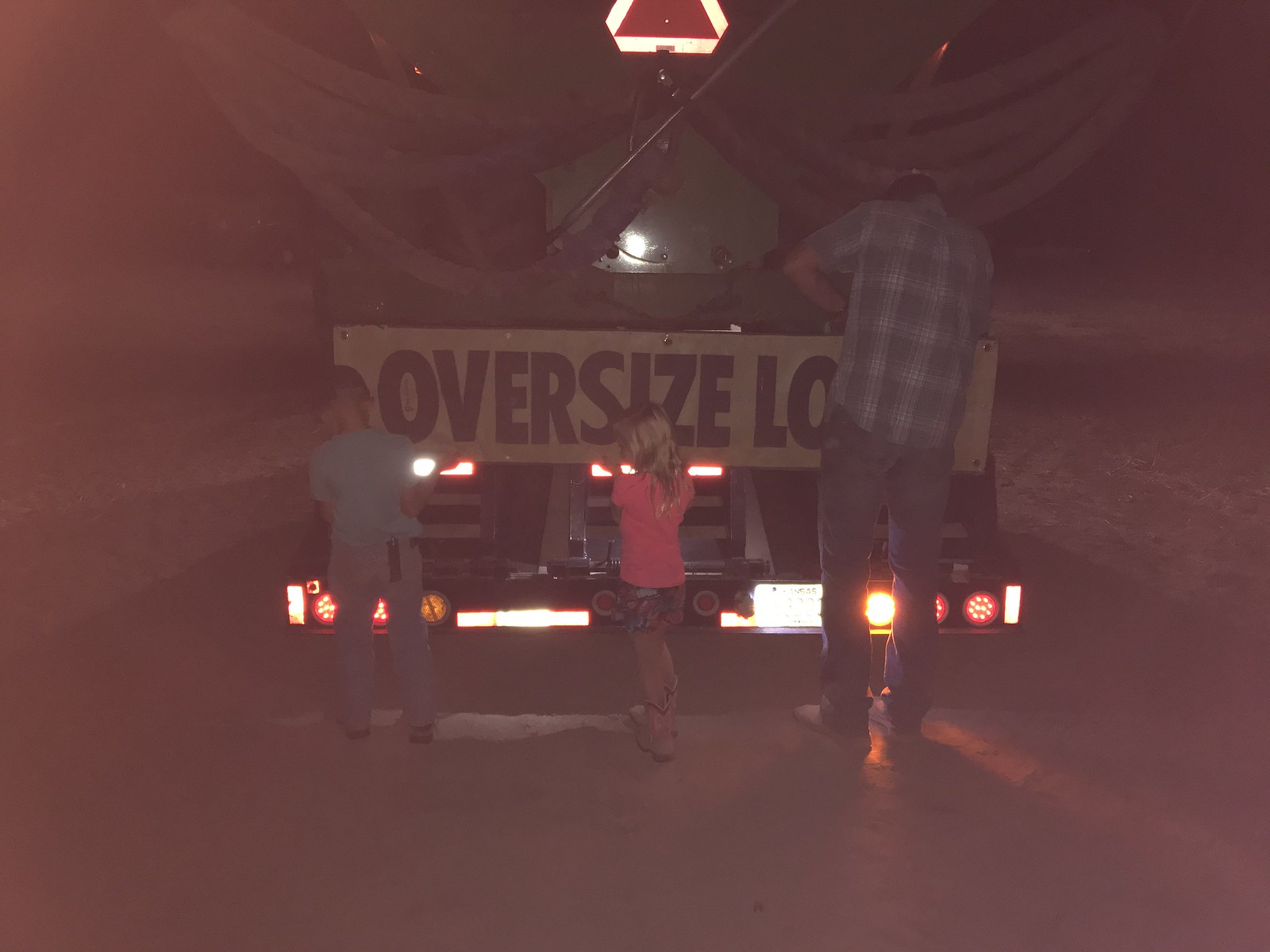 Getting the crew ready to travel. 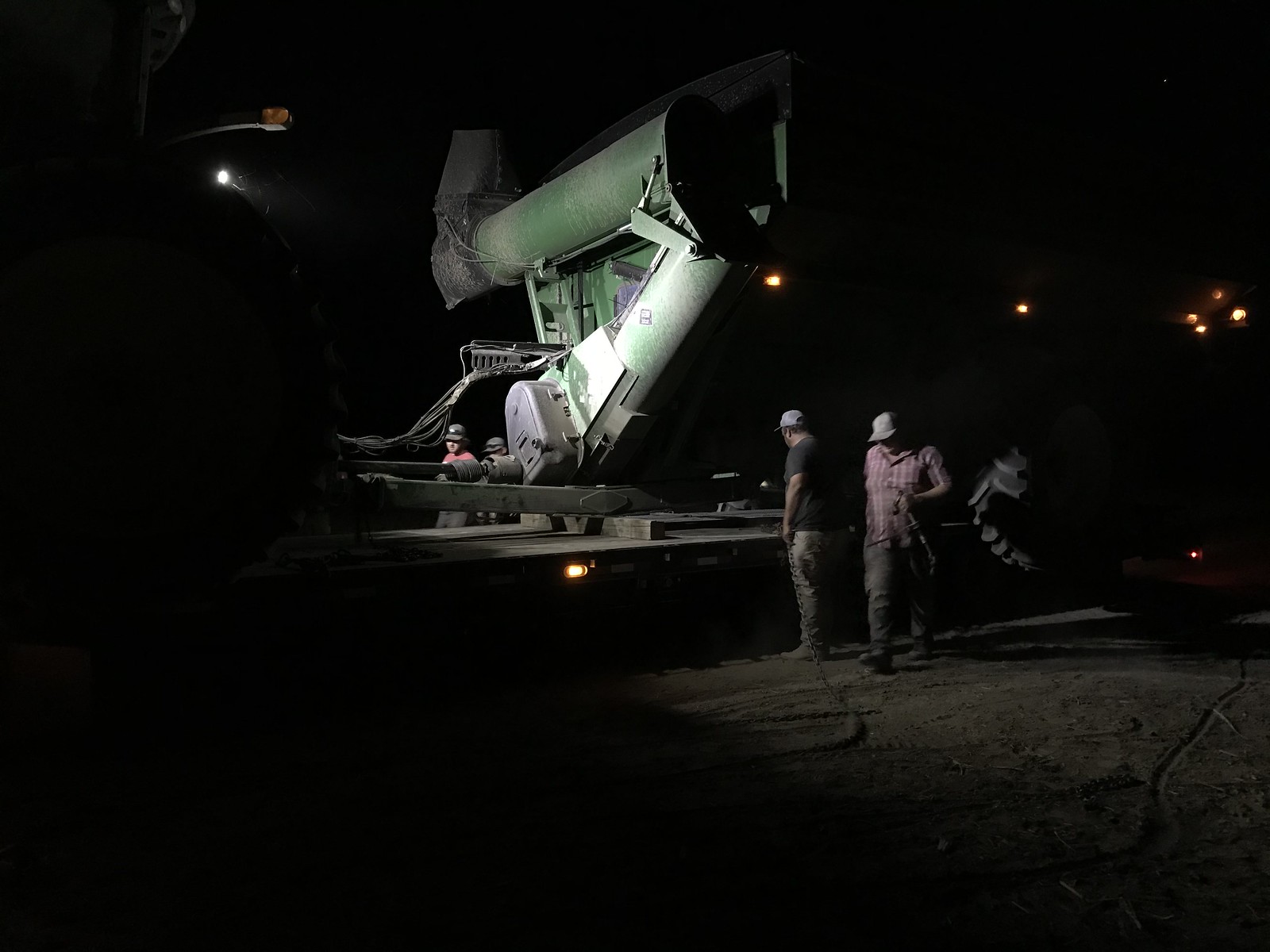 Shaun and Mark chaining up. 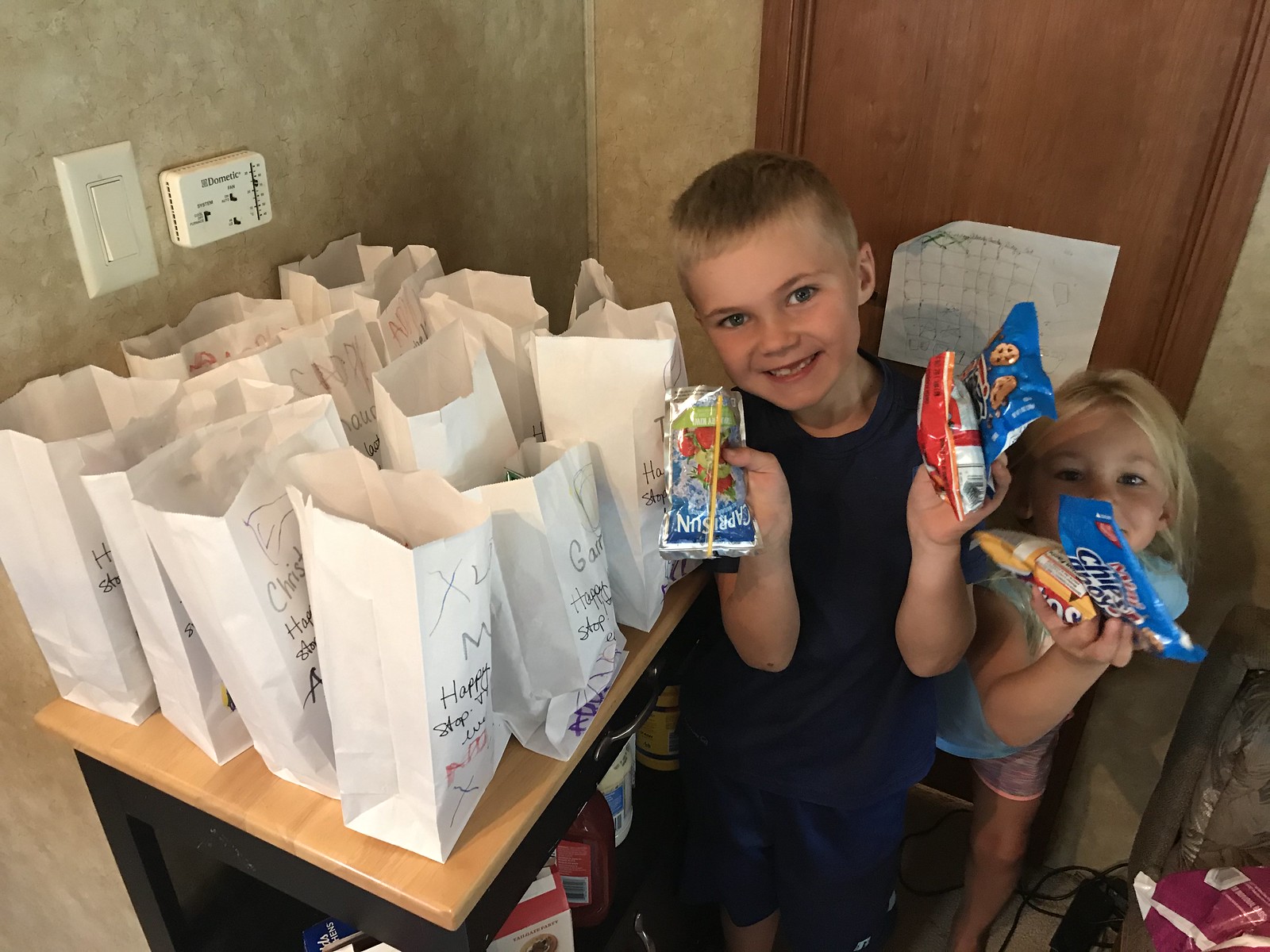 The children had so much fun decorating and stuffing the surprise travel goodie bags for the crew. 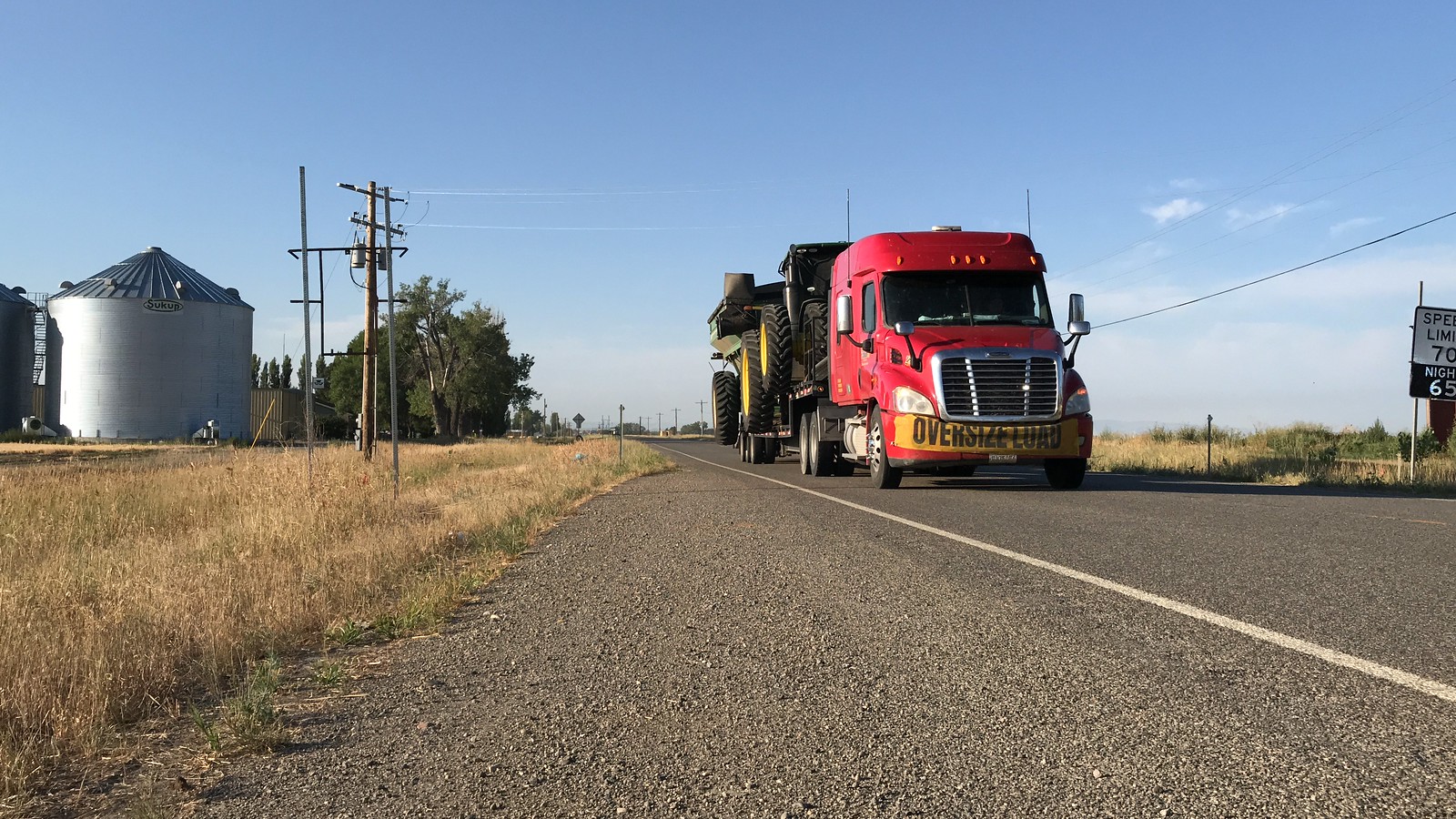 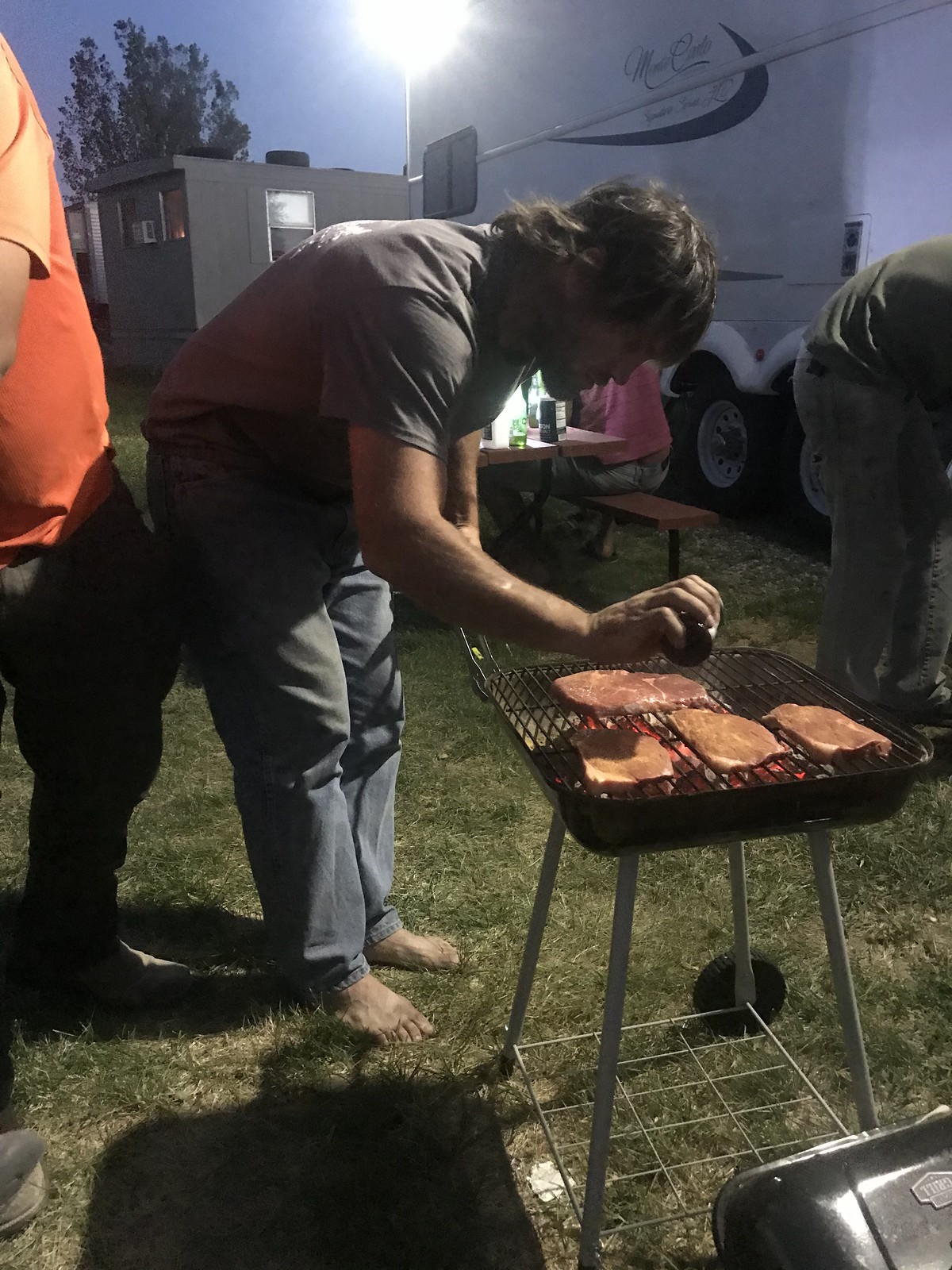 Grill master Stevie as little man likes to call him. 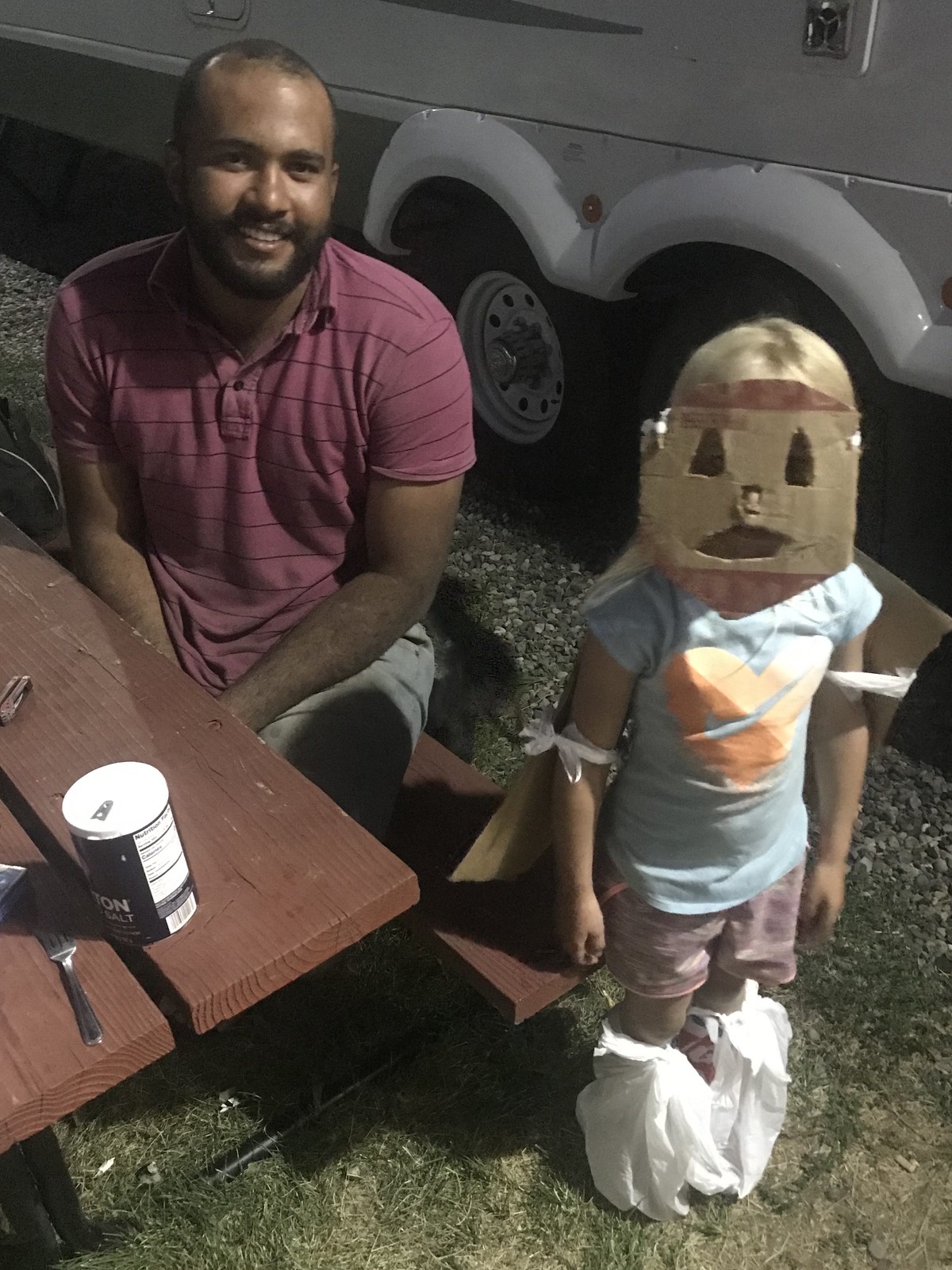 Checkout this suit Danilo made for Lady A! 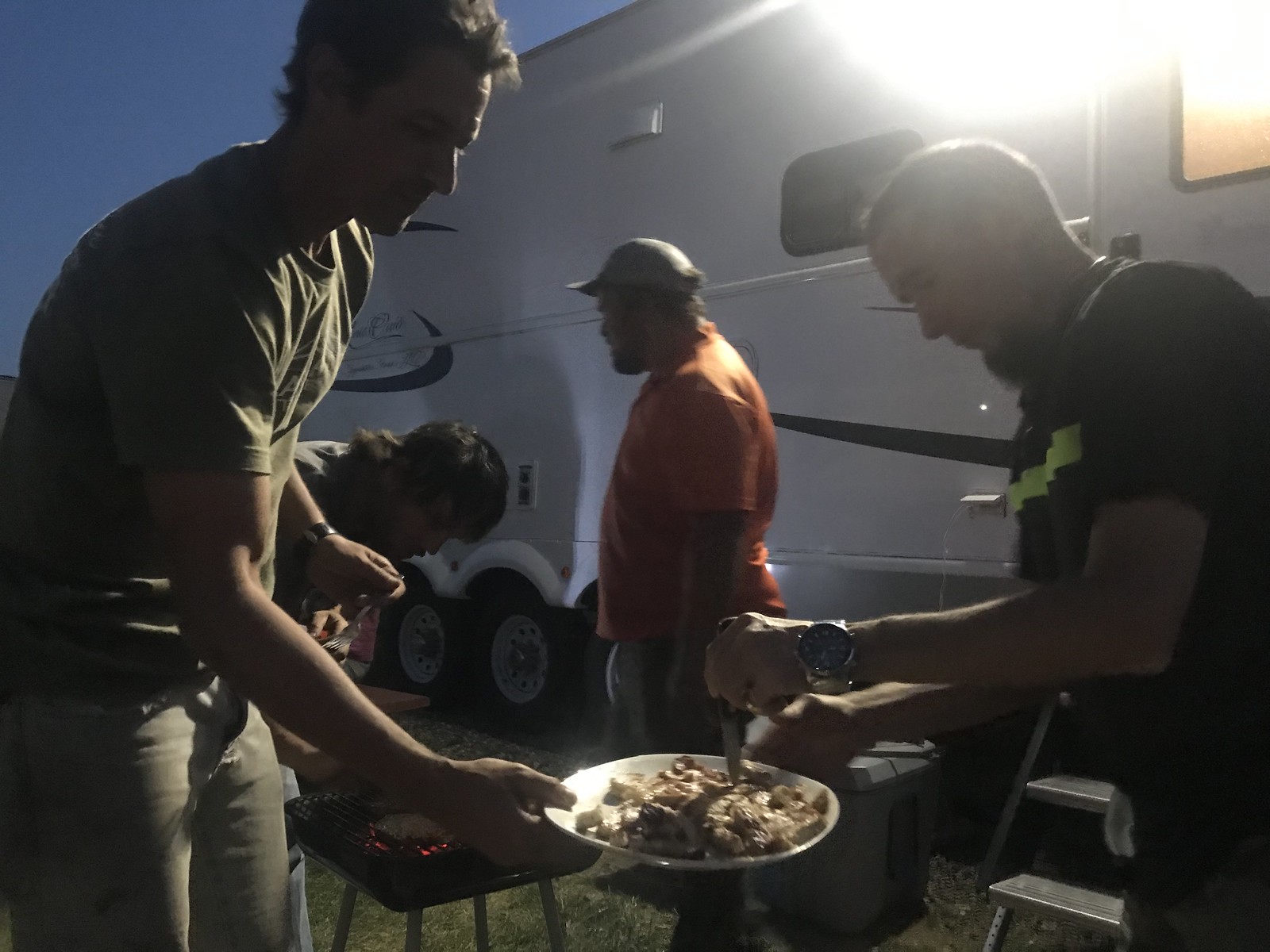 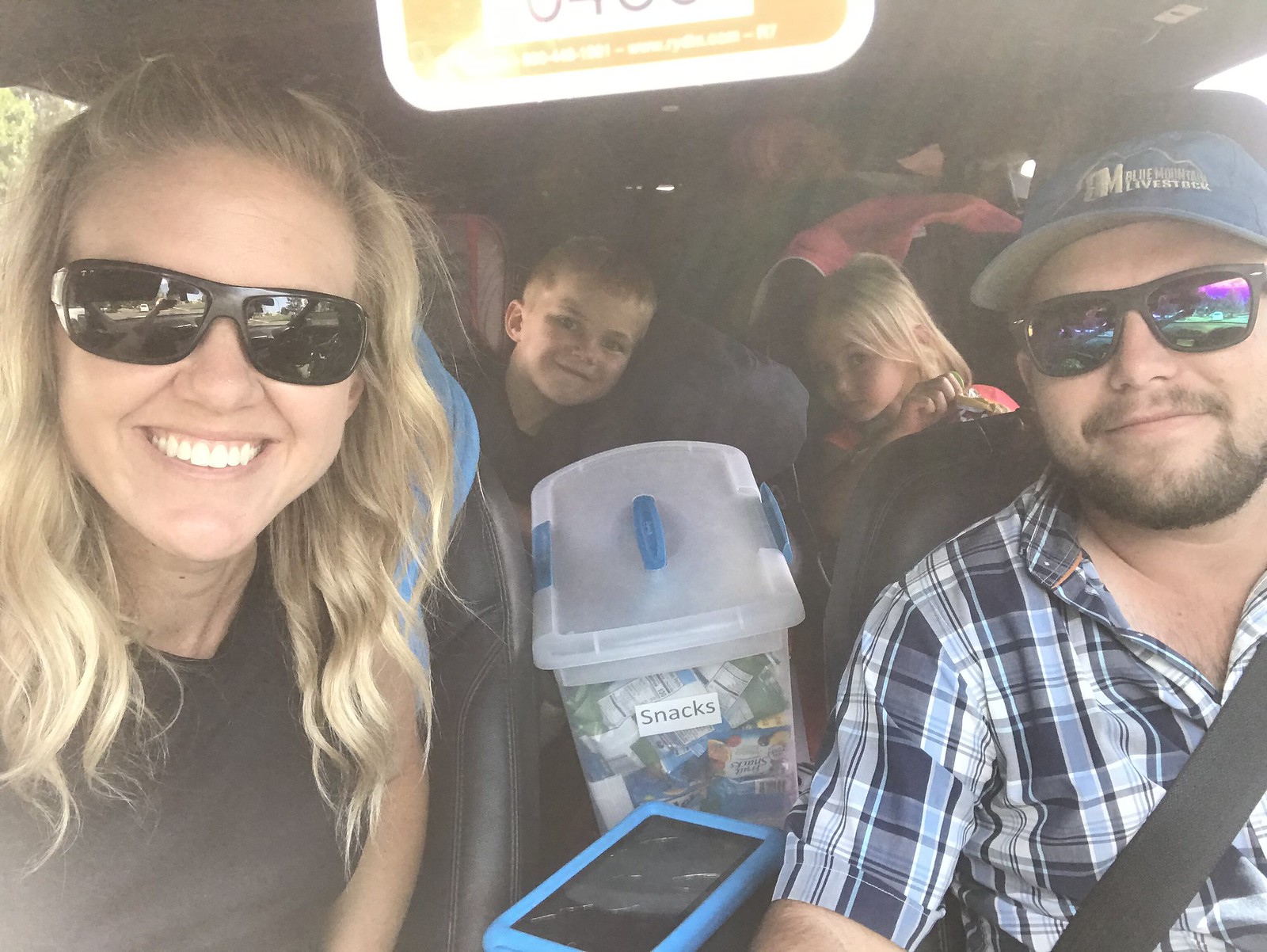 Road trip home. We were packed to the gills and had the snacks placed within reach! 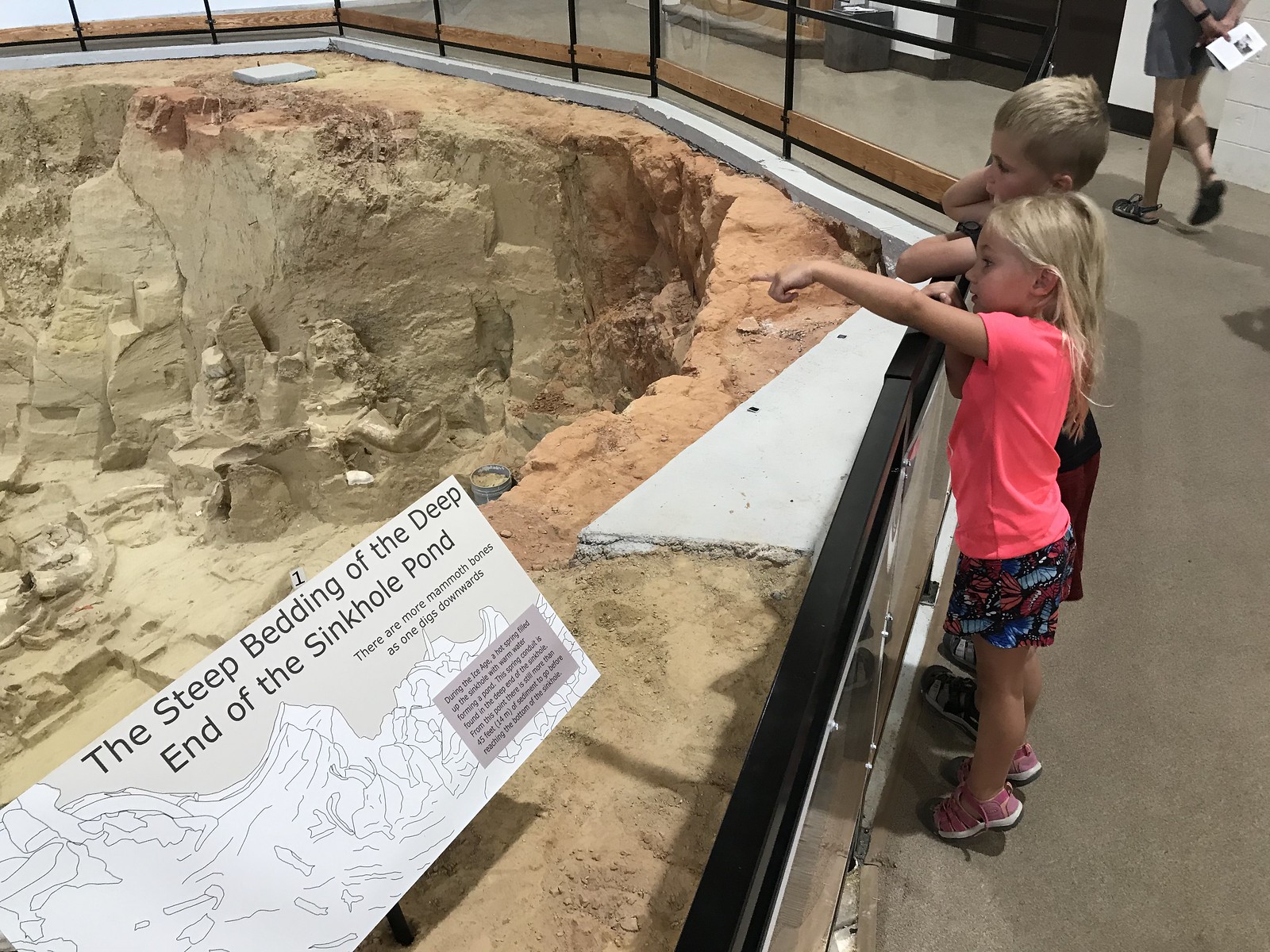 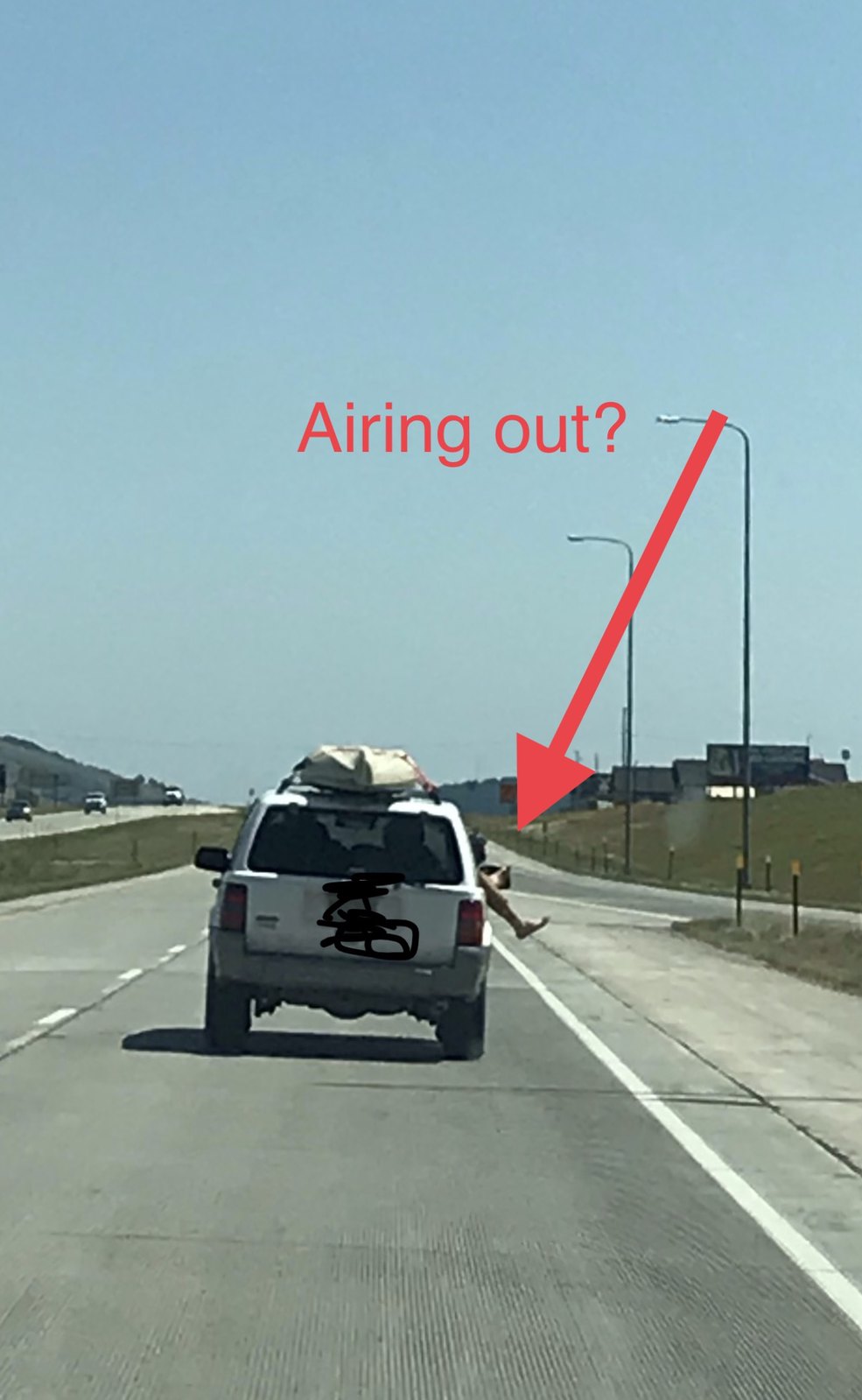 There’s always something interesting to see on the road. 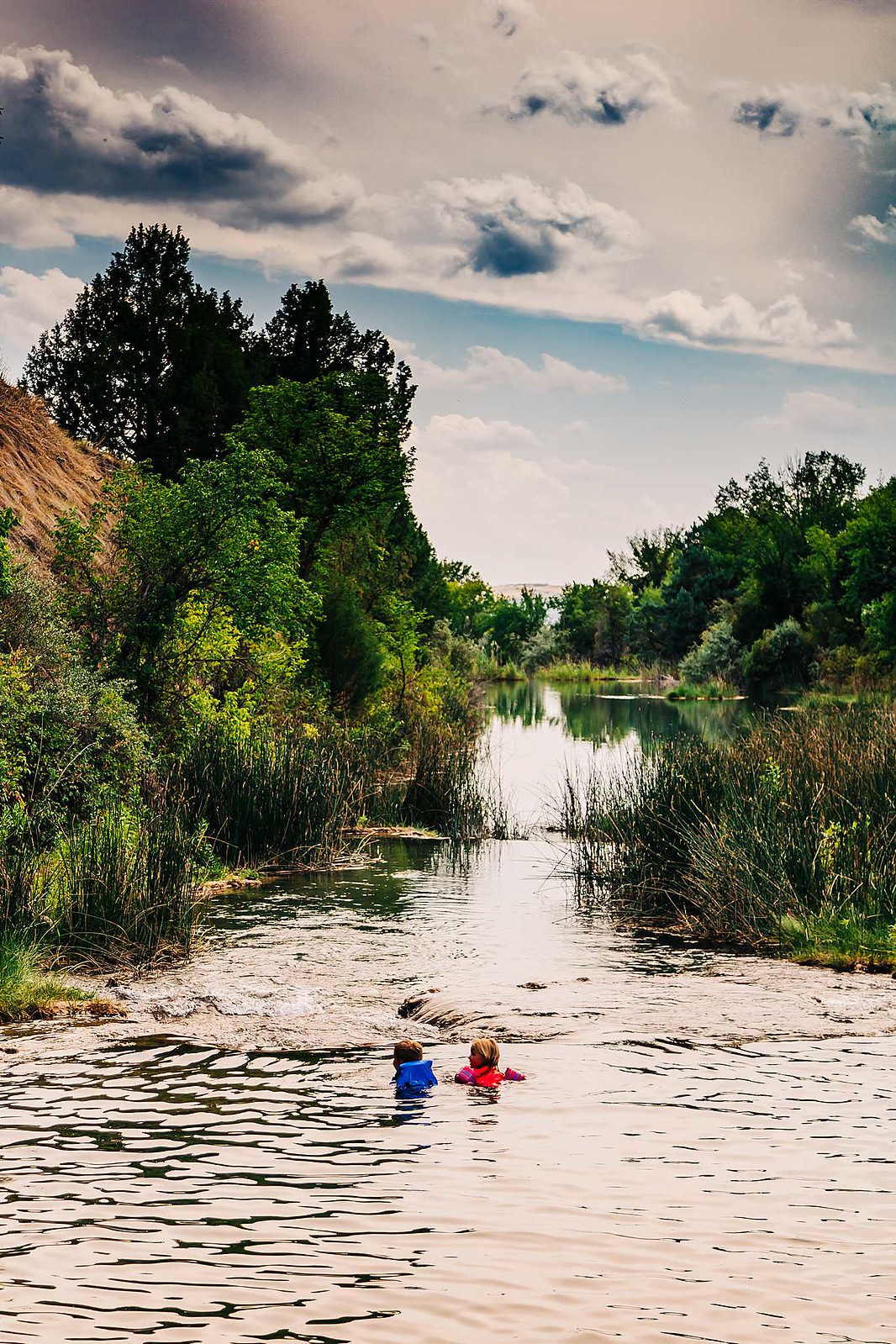 Little Man and Lady A swimming at Cascade Falls. 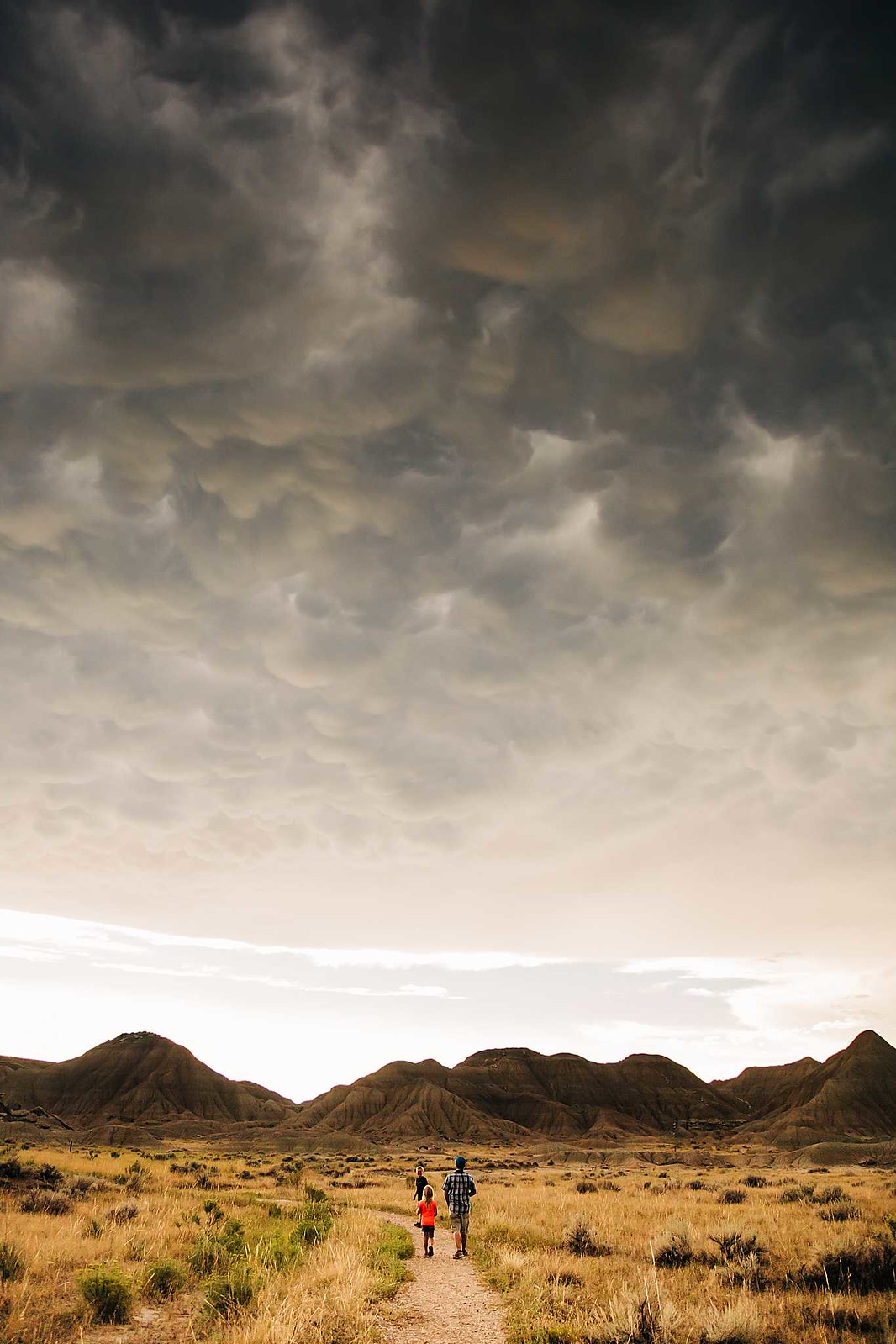 Checking out Toadstool Geological Park. A storm stream as a result of said storm, mud and some misadventures were just part of the experience. 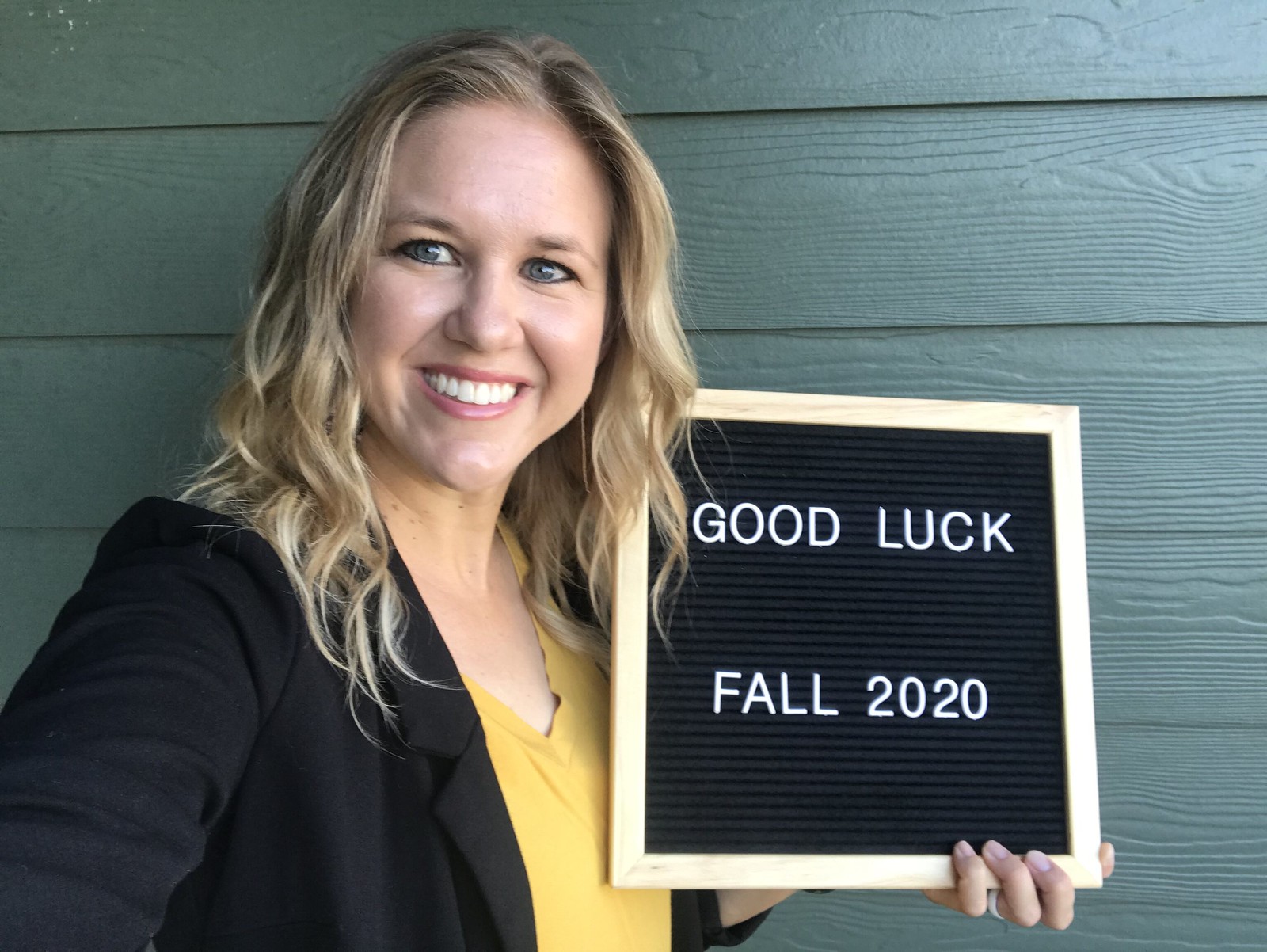 Wishing everyone the best as they head back to school!

All Aboard Wheat Harvest is sponsored by Unverferth Manufacturing Co., Inc., Oklahoma Baptist Homes for Children, Agri-Pro, Gleaner, BASF, and High Plains Journal. Laura can be reached at laura@allaboardharvest.com.