Northern Montana: There is a faint light at the end of the summer run tunnel as crews are heading to or working on their northernmost job of the season. However, they aren’t alone. There are some other important teams that have moved north as well and are in position to support the harvest.

One of those teams is John Deere Harvester Works.

Earlier this summer I had the opportunity to visit with the team behind Van 2. The group is led by Darren Jacobs, senior product support representative, who is on his 21st season supporting the wheat run. He is accompanied by Spencer, Clay, and Sean, a team of young tech professionals who assist with support duties.

There are two John Deere teams that follow the run. Van One kicks off their season in Altus, Oklahoma, and concludes their season in Minot, North Dakota. Van Two, whom I met with, travels to Munday, Texas, for their debut and celebrates the end of the run in Conrad, Montana. The stops in between are the same each year and have been determined due to the congestion of cutters and concentration of acres along the wheat run. Upon the completion of the run, Darren returns to East Moline, Illinois, in September, to the DTAC, which stands for Dealer Technical Assistance Center. Here, along with six other individuals, Darren offers technical assistance to support fall harvest.

Similar to the harvest crews, harvest support teams spend their summers on the road, often a long distance from family, friends and the creature comforts of home. The John Deere teams stay in hotels along the trail and support the local eateries. They do carry their own grills to change things up. Families are allowed to visit the teams while they’re on the road. Crew members can take up to two weeks off each summer, rotated of course, so the van remains attended and supported at all times.

Speaking of support, John Deere Harvester Works has a variety of goals to successfully assist the harvest. One of those is to keep the combines running by doing whatever it takes. Another goal is to work with the dealer to support the number of machines coming to the area. As you can imagine, the amount of machinery increases exponentially in some areas during harvest. This puts a strain on local support infrastructure and the vans can help alleviate some of that. Another way the team helps is by stocking unique or expensive parts that a local dealership may not normally need to carry. The strategic location of the vans allows for many in the area to take advantage of the service if needed. Technical expertise and physical support, in the form of field calls, is not out of the question either.

I asked Darren to quantify an exceptionally busy time. He replied, “A hair’s on fire type of day may have 120 incoming calls.”

No different than harvest crews, the harvest support teams experience some unexpected adventures. Darren remembers that they once received around ten inches of rain in northern Texas. When even a dozer got stuck in the mud, more creative measures had to be taken. Using the ranchers pack animals, it took two horses and a mule to get the technician out to the combine. Saddle packs and bags carried the necessary tools and parts. A rotor belt had to be draped across the horse. This moves the “whatever it takes” pledge to a whole new level.

Another time, Darren and a fellow crew member had to meet a producer from North Carolina, at the Great Falls, Montana, airport. He was flying in to pick up a hydro pump because they were the only ones in the country who had the part.  Upon arriving at the airport, they found it strangely empty. Pretty soon, high ranking military officials were seen in the waiting room and they learned a fallen soldier would soon be arriving home. No one was sure how they had accidentally been allowed into the closed airport. Darren offered to leave or hideaway in the airport to give the family the respect and privacy that was needed for the ceremony. However, the ball was already in motion, the area was locked down and they were told when and where to sit by the military officials, two rows back from the family. In John Deere apparel, surrounded by the family of the soldier and officials in formal military dress, they paid their respects to the solider in a deeply moving ceremony. They even met the family after the service concluded and offered their condolences.

When the airport reopened, they met the producer, who had been circling in the air while waiting for clearance. They delivered the part to the client and left the airport humbled and changed by the experience.

Another thing we discussed with the crew was the need for men and women with technical skills. The U.S. desperately needs people with these skills and there are good jobs available and waiting to be filled. John Deere supports individuals wanting to take advantage of the opportunities and there may be sponsorships and scholarships available to complete the technical programs. More information can be found at https://www.deere.com/en/our-company/john-deere-careers/dealer-technician-training/jd-tech/.

Thanks again, Darren and team, for taking time to visit so the All Aboard Harvest community can learn more about your contributions to the harvest run. We truly could not do it without teams like you! 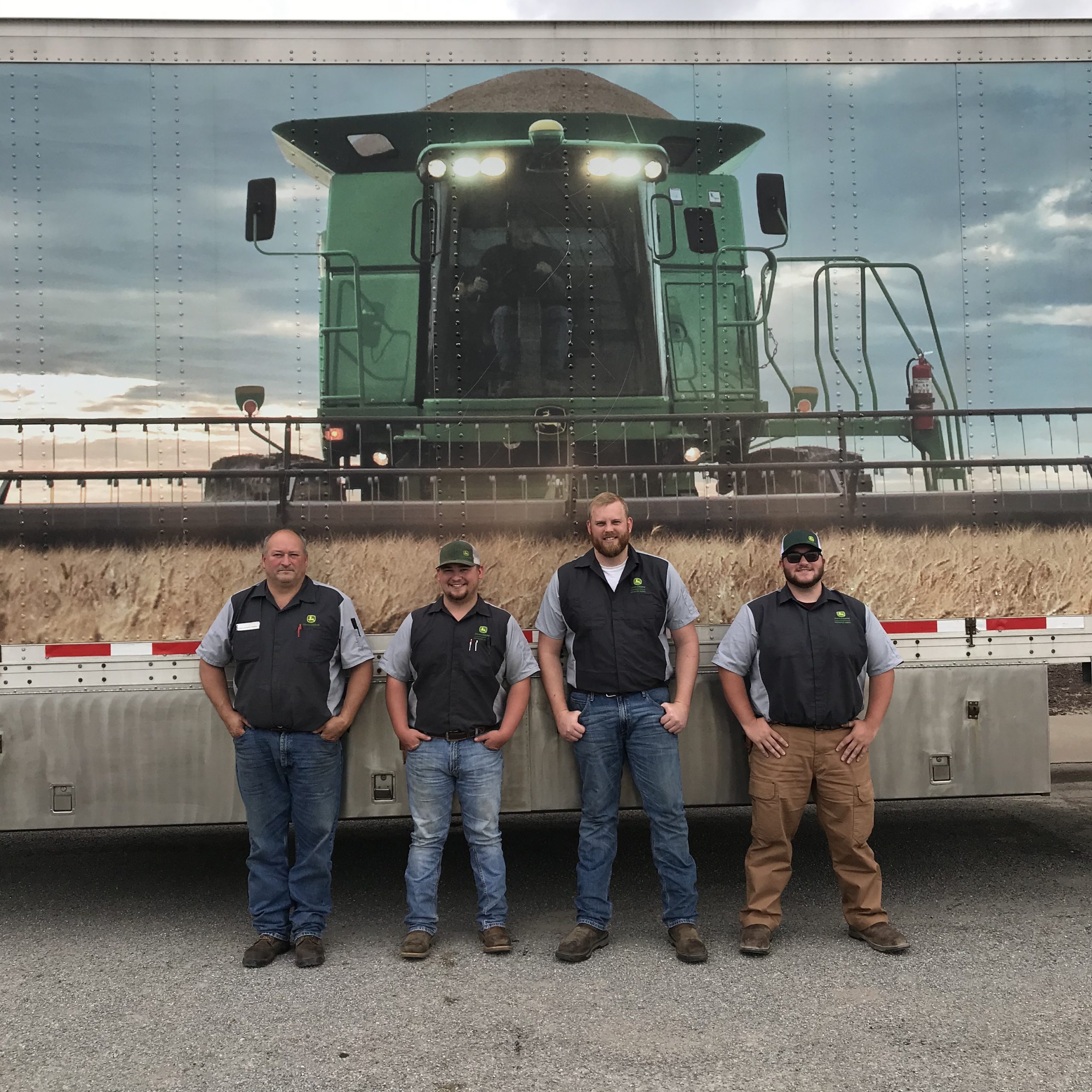 The crew behind Van Two!  Darren is on the left, with his technicians to the right. 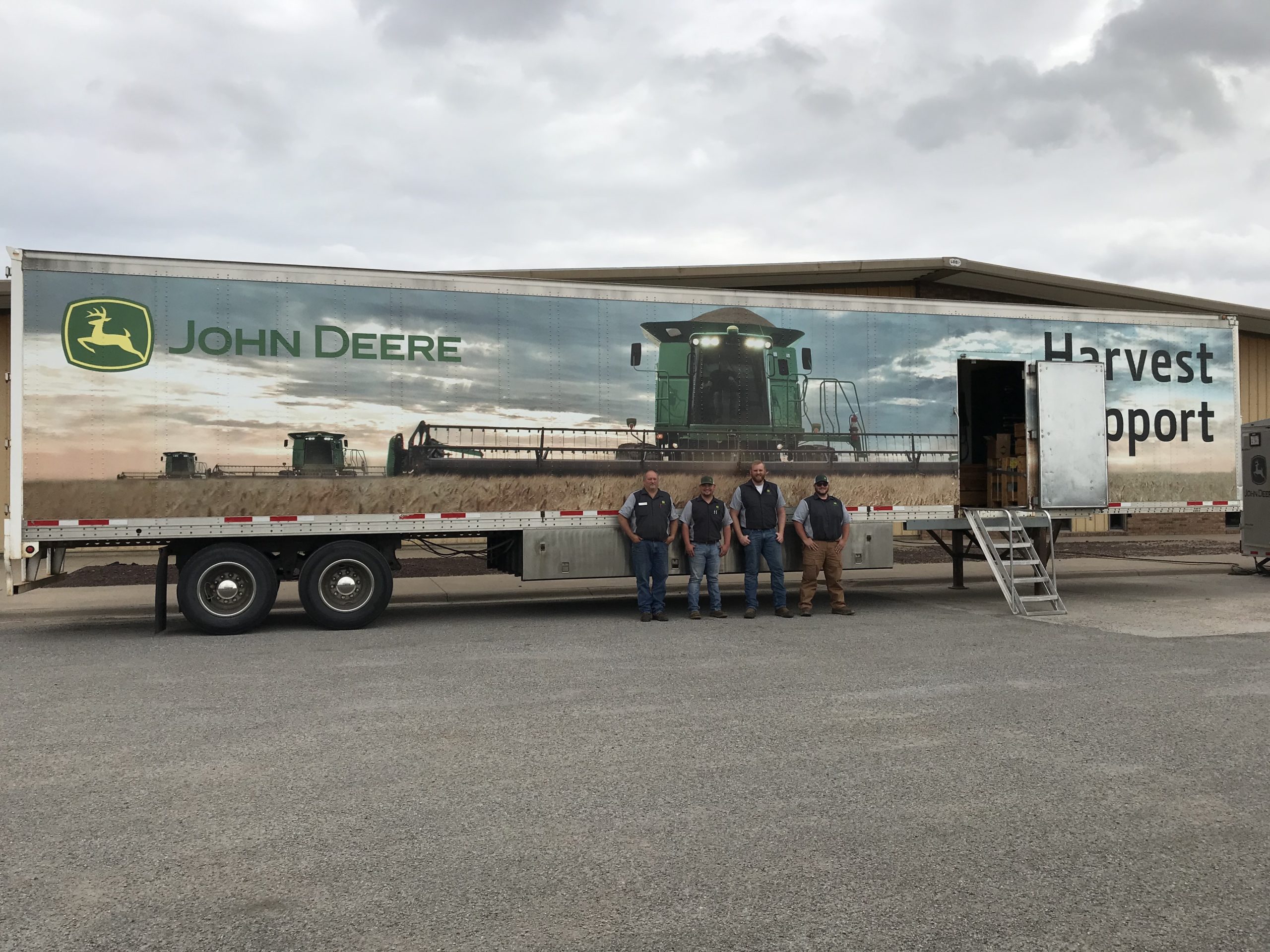 The artwork on the trailer makes quite a statement. It’s impressive to see in person. 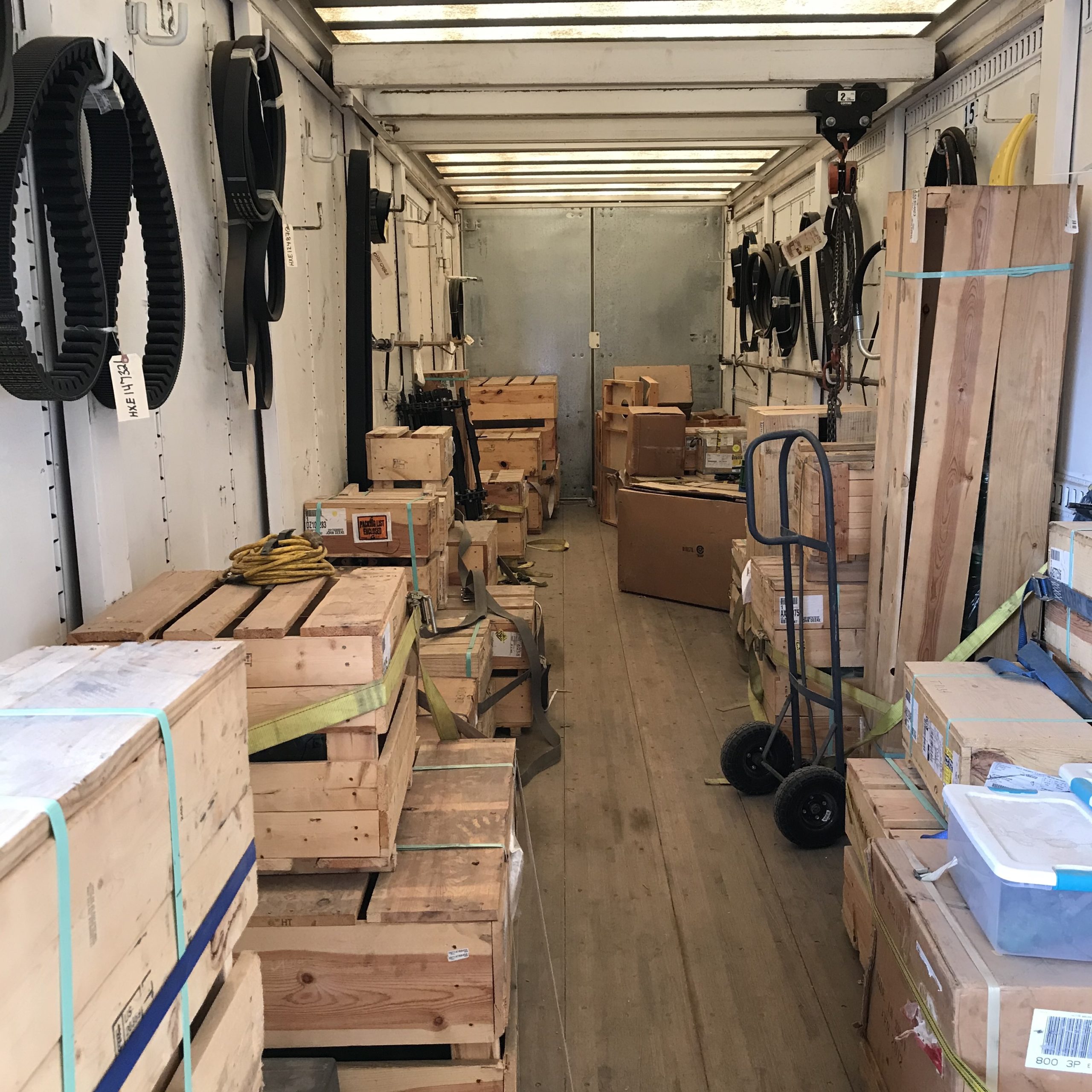 Here is just a small picture of some of the parts they stock for the road. 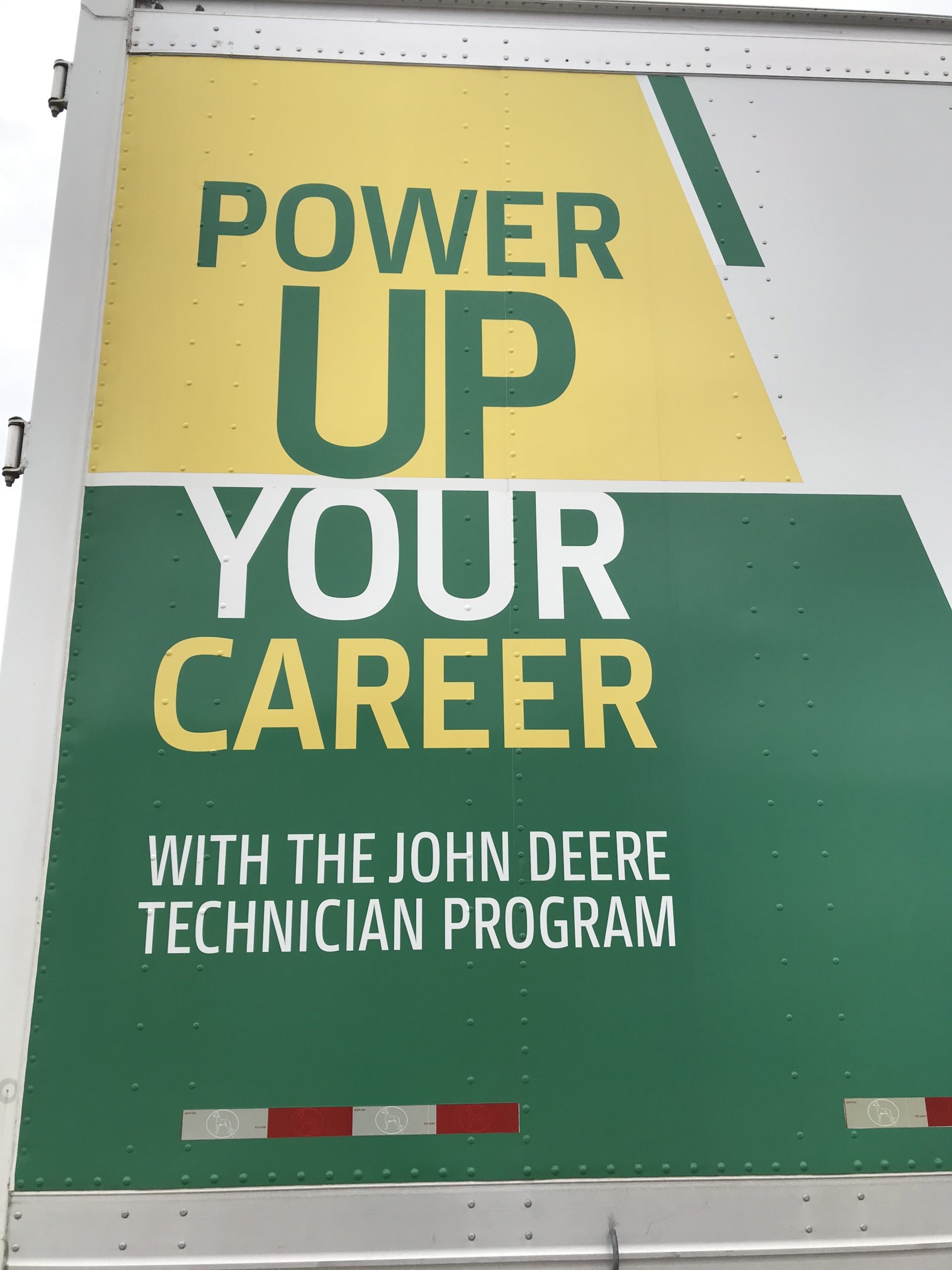 So many careers are available. Check out the opportunities.