Posted at 12:00h in 2021, AAWH21, All Aboard, All Aboard News, harvest21, High Plains Journal, Lentils, Uncategorized by Christy Paplow 12 Comments
1 Like
Share

Last week we moved the last bit of equipment and campers to Fortuna, North Dakota. All started well combining lentils, until yesterday when we had a horrific event.

The day started out normal. I brought lunch out to find that two friends from home were driving through North Dakota on their way to Spokane, Washington, and had stopped to catch up with Paul and one of our guys. I took off while they were enjoying a few turns in the combines. 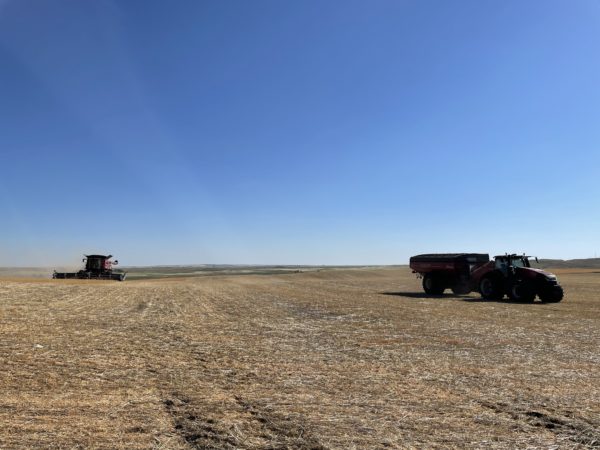 It must have been shortly after I left that things turned wrong, fast. As far as I understand, we’re thinking some static electricity from the combine made a spark and started an awful blaze. It’s terribly dry in North Dakota, and fires have been an issue here, and in many parts. Rain is needed. 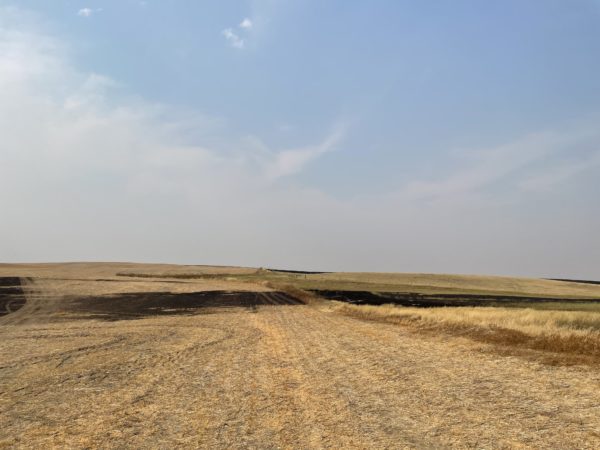 Cell phone service is not available for us near the Canadian border, but luckily one of our guys had service from another provider. He was able to call the farmer and alert him to the fire that started. He, in turn, was able to get three fire departments over to help tame the fire. 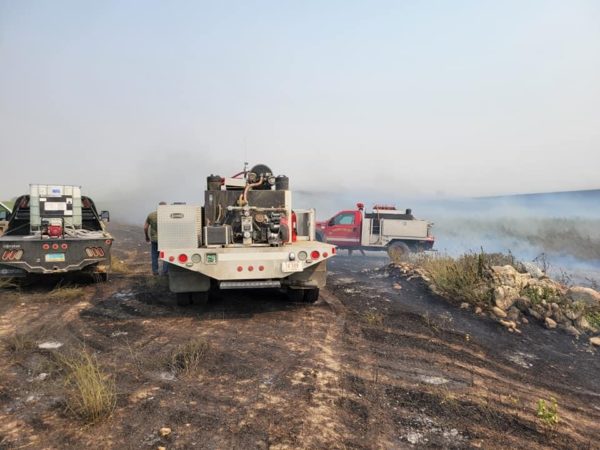 It spread quickly. Thankfully, Paul was combining on the east side of the field and the eastward wind took the blaze to pasture ground, and didn’t burn crop. It burned enough though, and as the farmer who is adjacent to this field said, “I’m okay if it gets my grandma’s house, just not my hay field.” Fire fighters were able to keep his hay and his grandma’s house. Not enough can be said to those men who kept surrounding areas safe. They arrived quickly and knew how to manage getting the fire out. 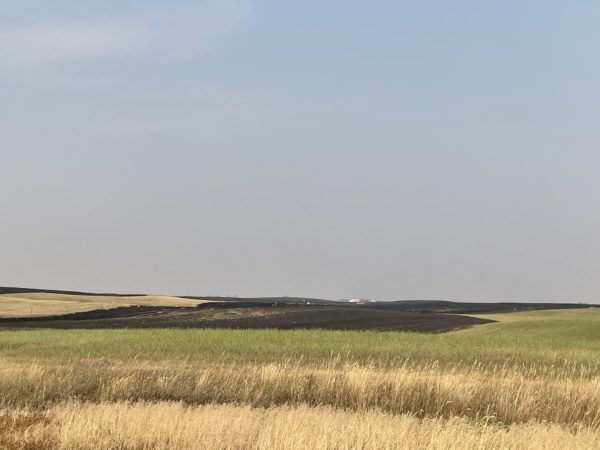 Meanwhile, I decided to run over to Williston to get supplies and my pickup washed. Due to the shortage of service, I had no idea this was transpiring. I got a call that the fire departments were called a few hours later and immediately tried to call. I couldn’t get through to Paul to hear if he and the guys were okay. Finally, a text went through and he replied, “We’re good.” 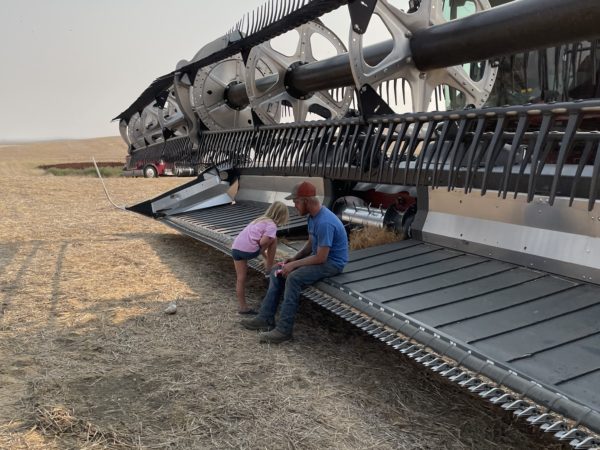 After what must have been about 4 to 5 hours of battling the burn, it went out. Paul’s combine was doused with 300 to 400 gallons of water to ensure it wouldn’t spark another fire. 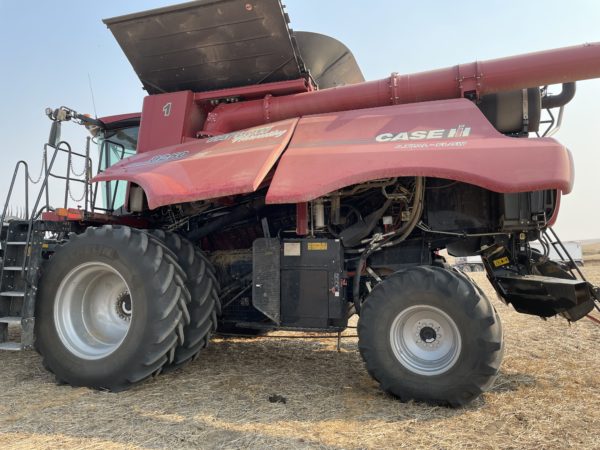 I can’t express how grateful we are that no injuries occurred. I can’t imagine how scary that was for all involved. The field of lentils did get finished that night.

Try as we might be to be prepared for these situations, it never fails that they do occur. We do what we can to prevent fires from starting, but even through prevention, instances happen. Response from locals saved us. Thank you to any who were there that read this.

I’m traveling home now so Zoey can start school next week. It’s difficult to leave. As much as I’ve looked forward to spending a little break with Zoey at home, I have a lot on my mind as I make the 700-mile trip home.