All Aboard Harvest | Kimberly: Cutting soybeans and corn on the same day
21503
post-template-default,single,single-post,postid-21503,single-format-standard,qode-quick-links-1.0,ajax_fade,page_not_loaded,,qode-title-hidden,qode-theme-ver-11.2,qode-theme-bridge,wpb-js-composer js-comp-ver-5.4.7,vc_responsive

05 Oct Kimberly: Cutting soybeans and corn on the same day

September 19 was a day that we can tell people we combined soybeans and corn for the first time ever. Usually, soybeans are combined before corn but with the way mother nature has been here in North Dakota things are a little different. A few years ago, we actually were combining corn in March because we had so much moisture and snow that we were unable to do it at the normal time. Every year is something different but we learn to roll with it. Because of the year we have had we are actually combining some beans that are still a little green because the pods are starting to fall off or the beans are shelling out.

The Donnybrook crew has five combines going and got a good start on soybeans and did about 800 acres in one day. We have had a few little hiccups but are expecting to finish up there within a few days. They are averaging 17 bushels an acre. The beans have all been taken to the farmers yard and dumped in a grain bin. So things are a little different for us in the fall than the summer. They guys have to learn how to run the auger and watch the bins but the farmer’s employees are usually around to dump trucks to keep us going. 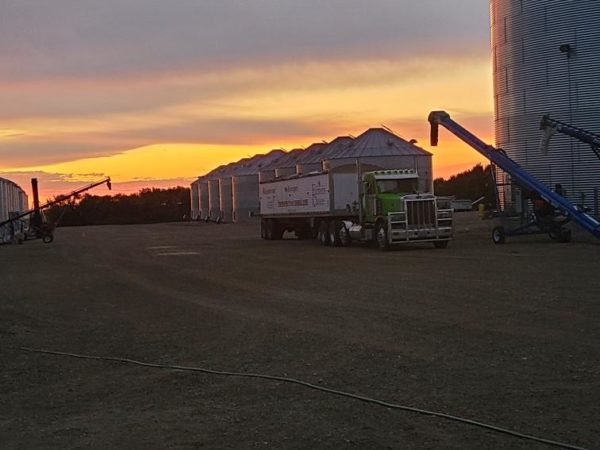 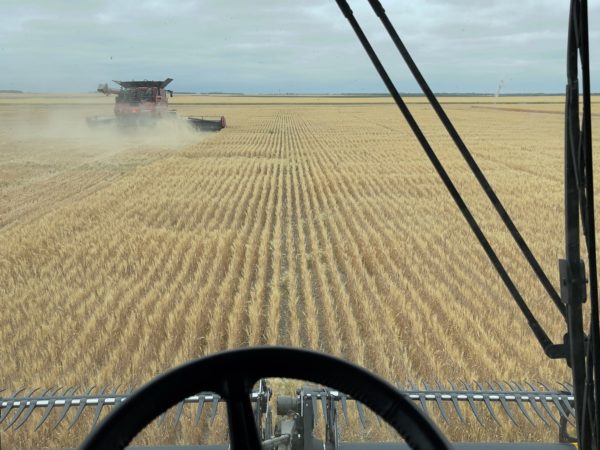 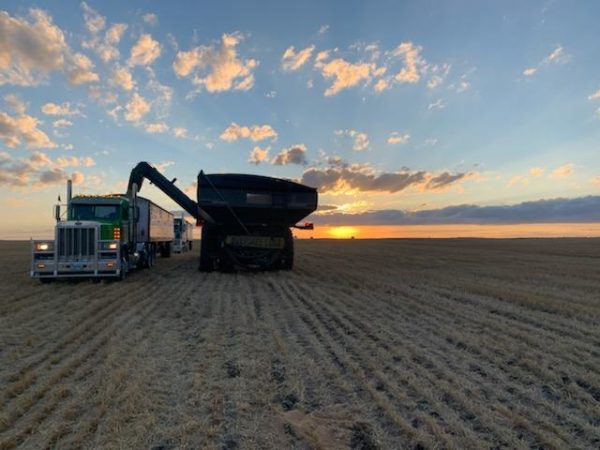 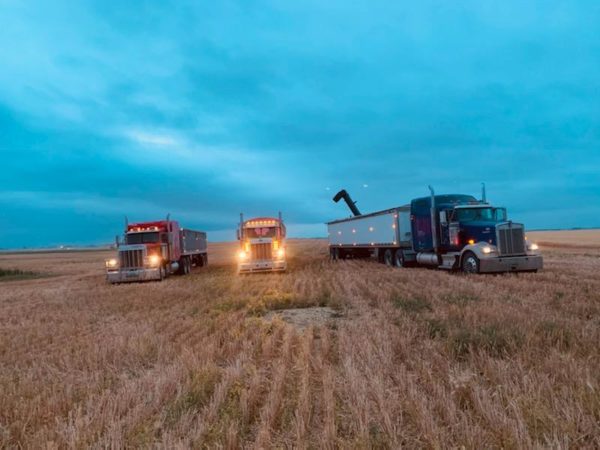 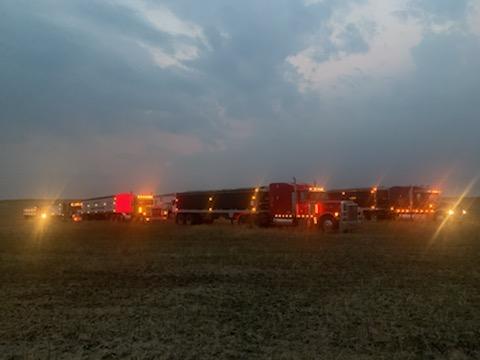 The Westhope crew has five combines that started on soybeans this week after doing roughly 200 acres of corn, and have done roughly 1,100 out of the 9,500 acres they have of beans. The yield is averaging anywhere from 27 to 45 bushels, with a moisture of 9 to 12%. The crop is doing a little better in this area as most of it is on Preventive Plant ground.

We have one combine at home to do our local farmers and our own crop, but have not been able to get a good start. We took one truck in to the elevator and the moisture was 15.5% and averaging in the single digits for bushels. The drought has definitely had a huge impact on most of the crops here in North Dakota.

Everything should start to dry out this next week as our temperatures are way higher then normal for this time of the year. We are looking at a week in the upper 80s. I personally love this because I am not a huge winter fan even though I live in North Dakota.