All Aboard Harvest | Kimberly Almost but not quite
21740
post-template-default,single,single-post,postid-21740,single-format-standard,qode-quick-links-1.0,ajax_fade,page_not_loaded,,qode-title-hidden,qode-theme-ver-11.2,qode-theme-bridge,wpb-js-composer js-comp-ver-5.4.7,vc_responsive 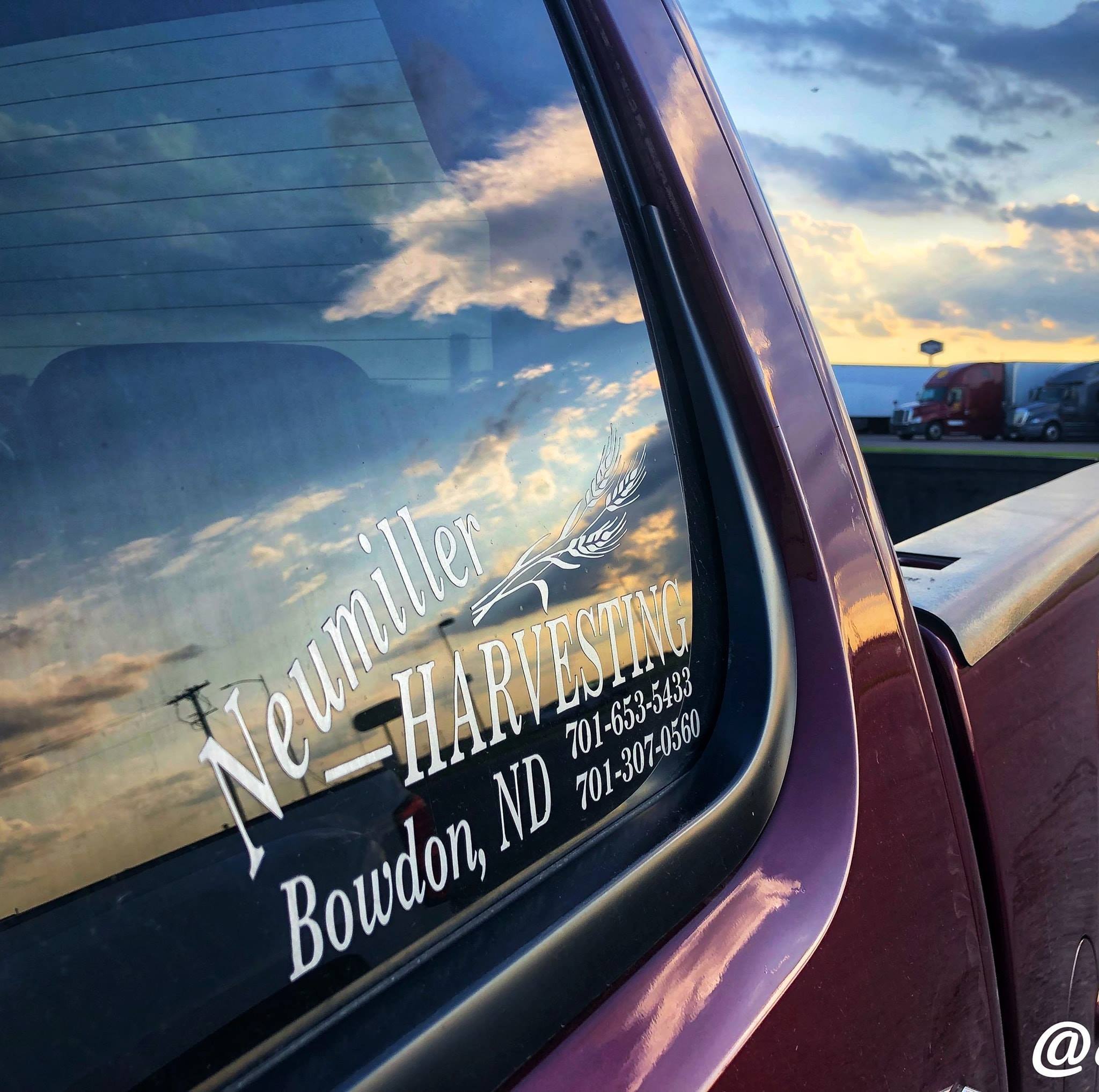 23 Nov Kimberly Almost but not quite

The weather has once again defeated us from finishing our corn. As of now we only have 145 acres left and our season will be finished. Once we got done with the last of the beans, we put two of our machines on our own corn. We got the Neumiller brothers’ corn done but fell short of finishing Roger’s. 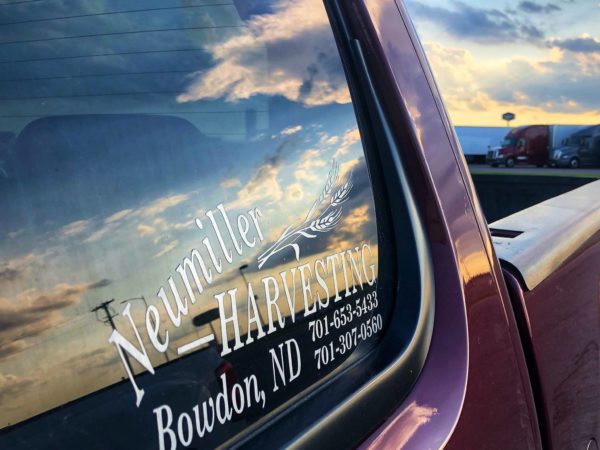 Early last week we started on Roger’s corn and seen the forecast was once again not going to be in our favor. The guys were up around 7 a.m. and started moving trucks to the new field and got everything ready for the day. We only had four employees around and since we were taking the corn to our bin, we needed extra help. I thought my field work was done and was going to catch up on housework but I was wrong. I was told to get in the grain cart and by the nightfall the trucks were caught up so I got to head home and get the kids’ homework done and ready for bed. 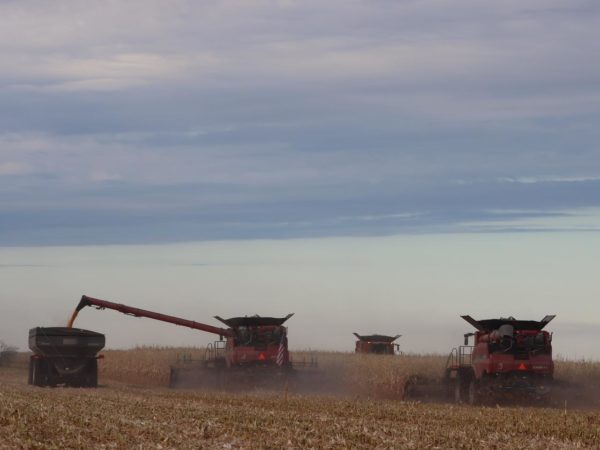 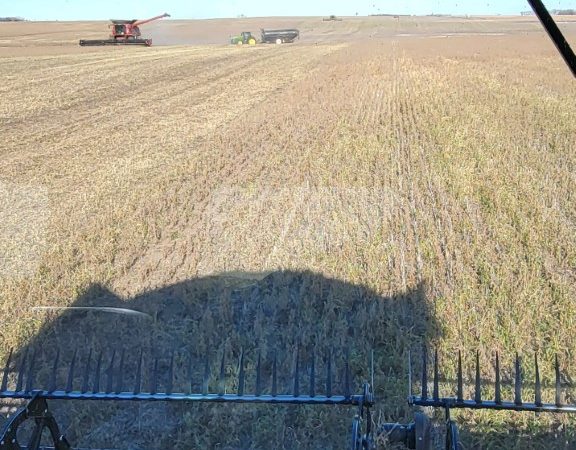 Roger’s crew finished in Grant, Nebraska, and headed home with one semi and the corn head. Just as they pulled in, they were told to get that corn head unstrapped and get it on the third combine as they were going to combine all night. So, we then had three combines running on Roger’s corn but the rain came in around 3:30 a.m. but it wasn’t until 5:30 a.m. that it was too much and they were forced to stop with only one field left. They got everything moved up to the farm and put in the shed so it didn’t freeze and Mychal took the guys to Bowdon for breakfast. Once they finished, they all went to bed for the day. We are so grateful to our employees for pushing through the night to help us get a majority of the corn off. 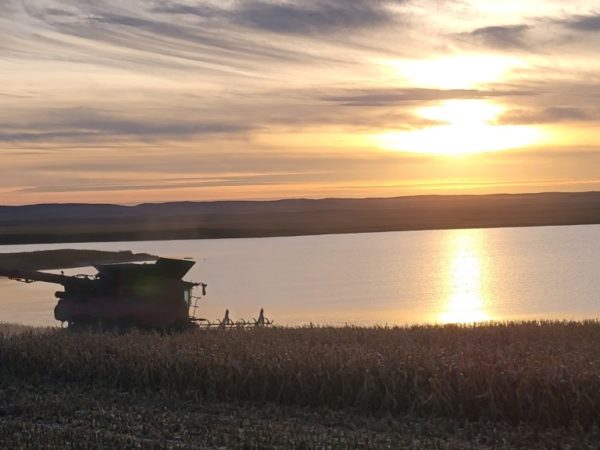 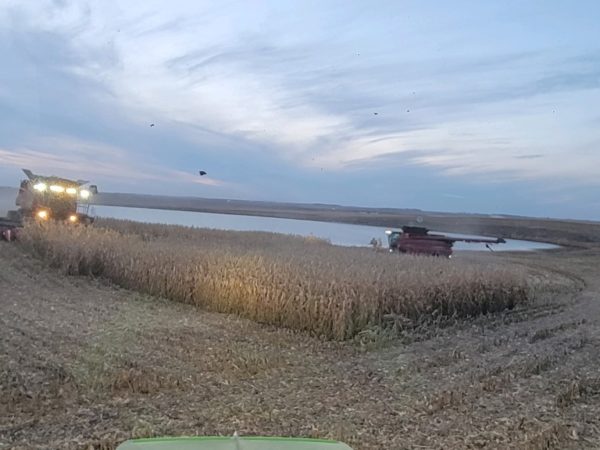 The Neumiller brothers corn ran around 75 while Roger’s ran around 110 bushels an acre and was dry enough to put in our bins with air. The irrigated corn in Grant, Nebraska, averaged around 160 while the dry land averaged 49. 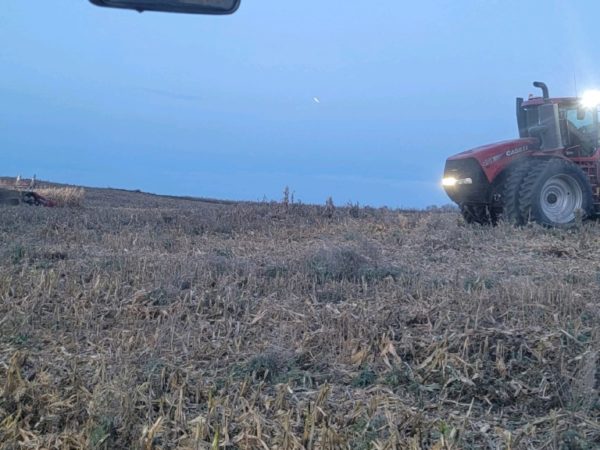 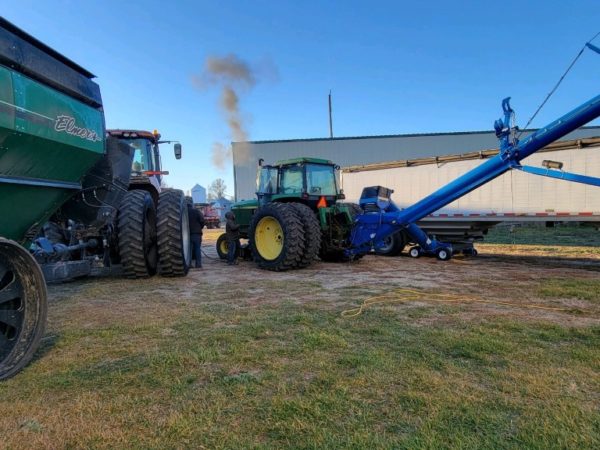 North Dakota winter has shown its face. First, we got the rain that shut us down and then we had sleet and to top it off about 2 inches of snow. It was pretty icy over the weekend and made a mess out of the shop yard since we haven’t had a good freeze yet. We are hoping this week to get back and finish the rest of the corn but the outside rounds have a lot of snow in the rows so we may not get all of it off. 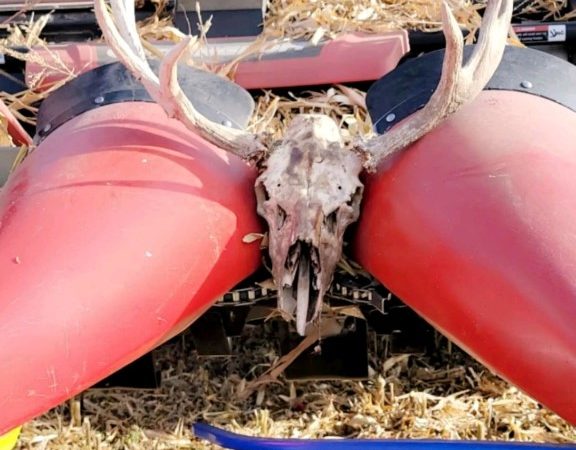 We have finished up all four of the crew campers this week and got them all winterized and parked for the winter. The end of our 2021 Harvest season is only days away. It’s sad to see it all come to and end again but only 185 days until we get to do it all again.