All Aboard Harvest | Kimberly: Harvest 2022 has come to an end
24271
post-template-default,single,single-post,postid-24271,single-format-standard,qode-quick-links-1.0,ajax_fade,page_not_loaded,,qode-title-hidden,qode-theme-ver-11.2,qode-theme-bridge,wpb-js-composer js-comp-ver-5.4.7,vc_responsive

We have finished our soybean harvest, jumped right into corn harvest, and have finished that as well.
Logan’s crew finished corn in Westhope and moved those two to Donnybrook so when the corn was ready, Mychal could go up and start on the 1,200 acres without having to haul equipment back up. Mychal got started on the corn on a Thursday had a small rain and snow day and was pulling equipment back into our shop yard nine days later.
While Mychal and Cole were doing corn in Donnybrook, Logan and Roger were picking corn for a neighbor and then started on Roger’s. The neighbor’s corn was averaging 180 bushels an acre and Roger’s was 145 bushels an acre. The Donnybrook corn didn’t run as good with an average of 100 bushels an acre. 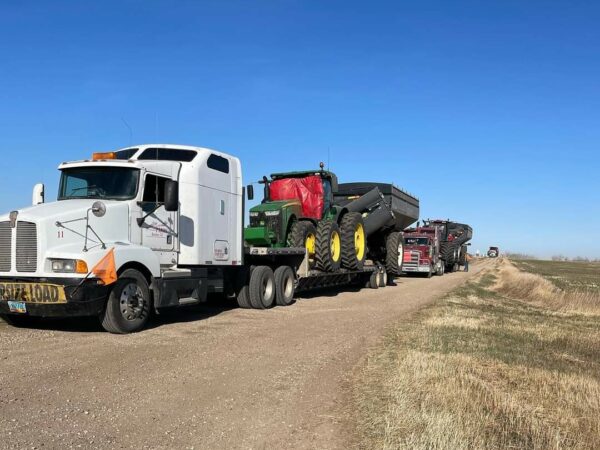 We got Roger’s corn done the day before they all got home so now it’s time to clean up and park them away for the winter.

We run two Geringhoff chopping corn heads, two Case chopping and one Case non-chopping heads. Logan had the Geringhoff heads in Westhope and then the ran in Donnybrook with Mychal. Since they were being used there, Roger took the Case chopping head out of the shed to work on his own corn. I asked Mychal which corn head he preferred and he stated he likes the Geringhoff because they have less header loss, do a fine job at chopping the stalks and they rarely have breakdowns with them. The one Geringhoff header we have has a corn reel. The reel serves the same purpose as a reel on a flex draper. It moves in and out, up and down and can push the corn stalks in if they are laying over. 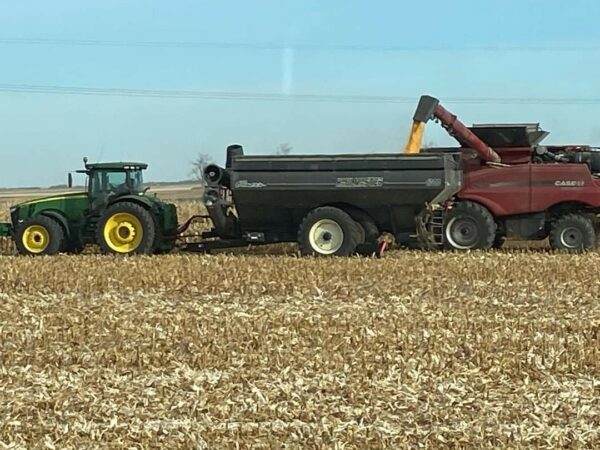 This year’s harvest went by extremely fast. The nice weather was in our favor but we also wanted a few rain threats in the forecast to maybe pick up a few more acres. We are down on corn acres this year as our farmer in Westhope did not get all his crop in because of the wet spring. He had 5,000 acres of Prevented Plant, and other farmers had enough nice weather to get their own crop off. 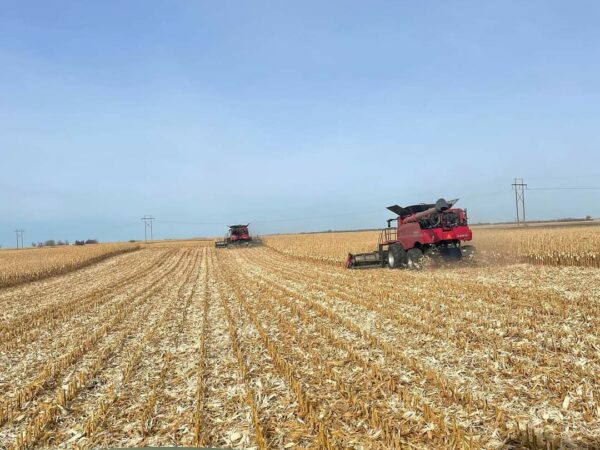 We did have some more transmission issues towards the end of bean harvest and another one while Mychal was a day away from finishing corn in Donnybrook so we had to haul another combine up there to get it finished.

All 9 of our campers have been cleaned out, cleaned, winterized and put away for the winter. Trucks have been parked in the shed and the combines have been blown off and put away until we slowing start bringing them back in the shop this winter to start working on different things. 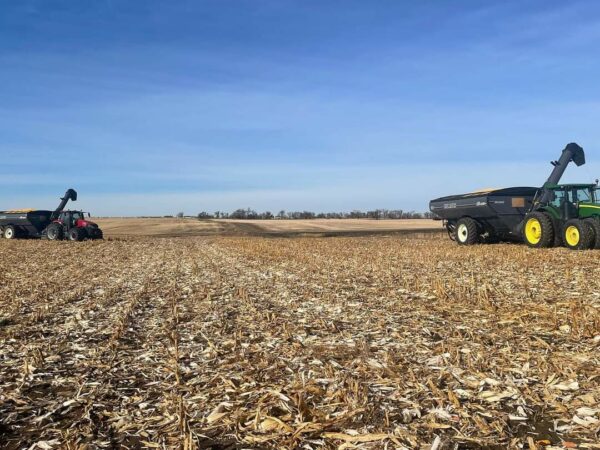 Most of our employees left shortly after returning home but we still have a few employees that are out trucking and will stay this winter and one left to help around the shop until December.