All Aboard Harvest | Steph: Road to Texas
14106
post-template-default,single,single-post,postid-14106,single-format-standard,qode-quick-links-1.0,ajax_fade,page_not_loaded,,qode-title-hidden,qode-theme-ver-11.2,qode-theme-bridge,wpb-js-composer js-comp-ver-5.4.7,vc_responsive

24 May Steph: Road to Texas

Gilliland, Texas – I had a nightmare last night that my tractor/grain cart load fell off my trailer… never had I been so happy to be jolted awake by reality at 3 a.m. Sometimes road stories are bizarre and out of control like that. This road story is the exact opposite.

We were graced with perfect travel conditions and the road to Texas went off without a hitch. When we were embarking on our final travel day this morning, Bossman John asked me if I had $16 to pay for the campsite since he had no cash (and also said he would give me $20 back. As an economics major, that’s a no-brainer). I had $16 exactly and not a penny more.

At one point in the travel day, I turned left when everyone else turned right and had to fly solo from the convoy for a spell. I drove through Altus, Oklahoma and did not hit a single stop light all through town. The odds were without a doubt in our favor. It’s official — we had made it to our first stop on the run, everything intact and everyone accounted for. My excitement to get to experience harvest in Texas this season is through the roof!

Upon meeting Farmer Glen, he corrected me as to our harvesting location — Gilliland, Texas. There is a solid 40-miles between Seymour and Gilliland, and I respect the small town pride concept. Now the town will get the spotlight it deserves! Speaking of spotlights, it should be noted that Shattuck, Oklahoma has a windmill museum alongside Highway 283. Windmills of all shapes and sizes! We passed through today, and I drove by at the absolute slowest mile per hour to take it all in. My windmill obsession is alive and well.

Here in the Gilliland area, they’ve been the victims of some sporadic rain showers since Thursday, and our fields have received 3 inches since. We are optimistic that we can get started tomorrow (or at least take a sample, so we can get our wheat withdrawals under control).

Quote of the Day – “Sure wish this campground was a few clicks closer.” 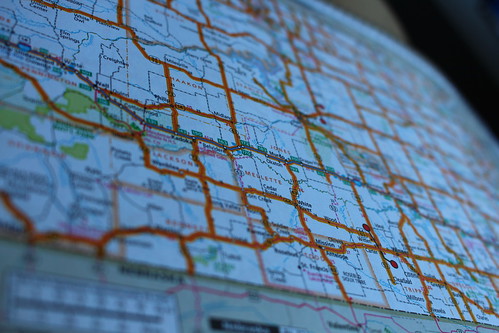 No technology will make-up for a Rand McNally. 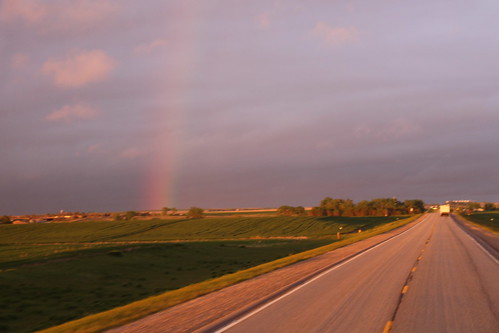 Roads and rainbows. Made for a nice view as we drove through SD! 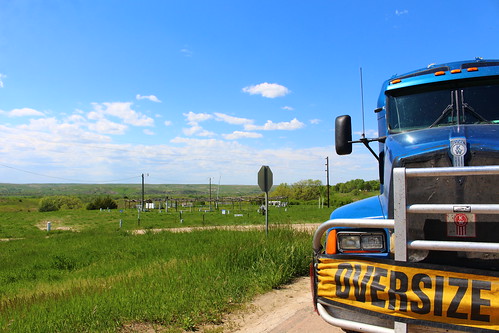 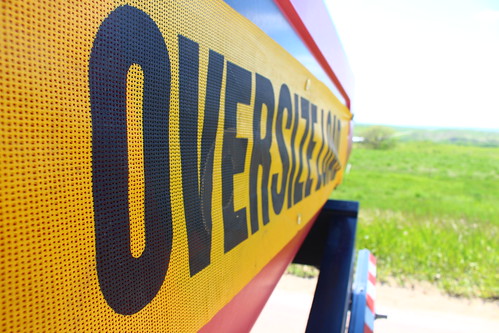 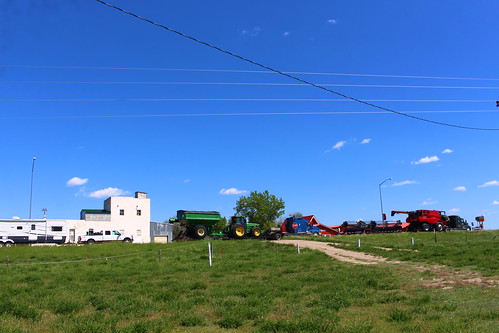 Here is a little segment I’d like to call “Take the Selfie.” It will be making appearances throughout the harvest. This time will be used to give you a short introduction to each member of Anderson Harvesting. 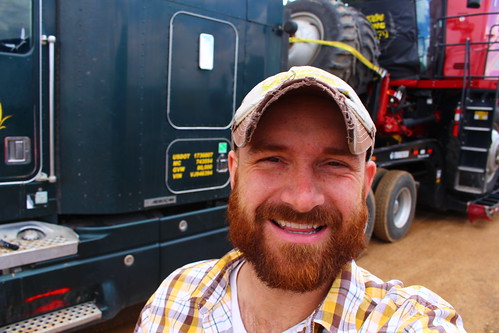 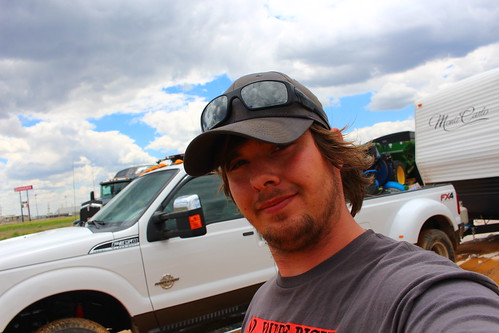 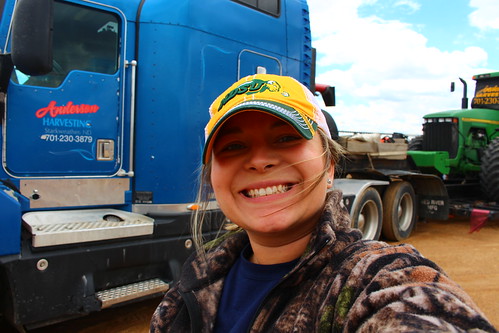 Meet Steph, trucker, blogger, and bringer of sarcasm. Always up for an adventure or a cold sweet iced tea. Better known as the “stubble stomping harvest queen.” 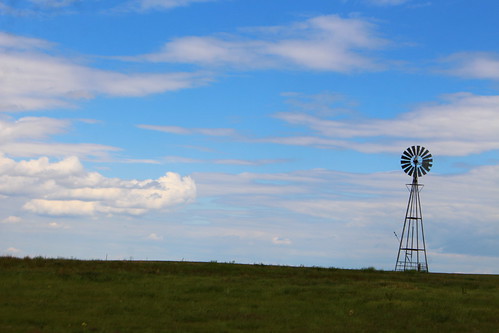 One of the many windmills. 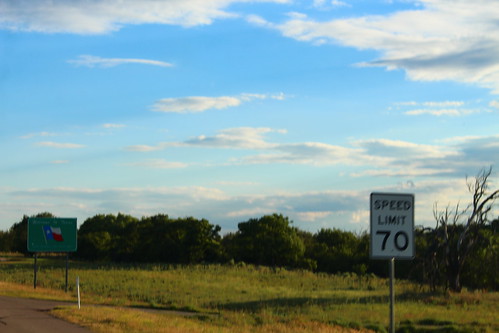 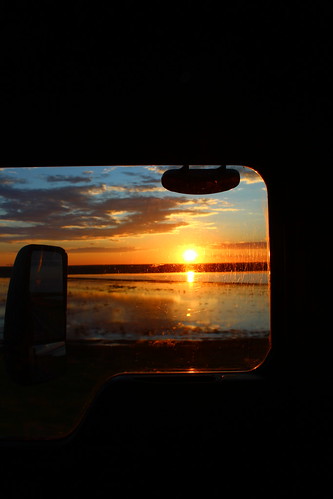 It was too pretty not to capture, even if it was from the truck seat.

All Aboard Wheat Harvest is sponsored by High Plains Journal and John Deere. You can contact Steph at stephanie@allaboardharvest.com.