All Aboard Harvest | Tracy: Be patient heart…it will only hurt a little while
14205
post-template-default,single,single-post,postid-14205,single-format-standard,qode-quick-links-1.0,ajax_fade,page_not_loaded,,qode-title-hidden,qode-theme-ver-11.2,qode-theme-bridge,wpb-js-composer js-comp-ver-5.4.7,vc_responsive

27 May Tracy: Be patient heart…it will only hurt a little while

Manley, Nebraska – The preparations have been ongoing for quite some time. The talk about harvest and when we’ll be leaving has been happening for more than a month. I’ve often thought about creating a sign and start wearing it every day about the first of April. What would this sign say? It would say…”I don’t know when we’re leaving”. Maybe I should just create a t-shirt! So, THINKING about harvest and DOING harvest are two different things…two different worlds.

The words came out of his mouth last night – after I returned from hanging out with the grandkids for most of the day. “I think I have a plan. Do you want to hear it?” Nope! I don’t want to hear it (but I guess I better). I guess I better start wrapping my mind around the fact that everything I’m experiencing right now with the kids… all that’s involved with my yard… all the summertime ideas and plans being made… are about to come CRASHING down and fast! I have to step away from this world and into another one much sooner than I’m ready. No time to think about it. No time to try to “make a deal” with the planner. It’s the hard reality that I will be leaving the rest of my family for four months. 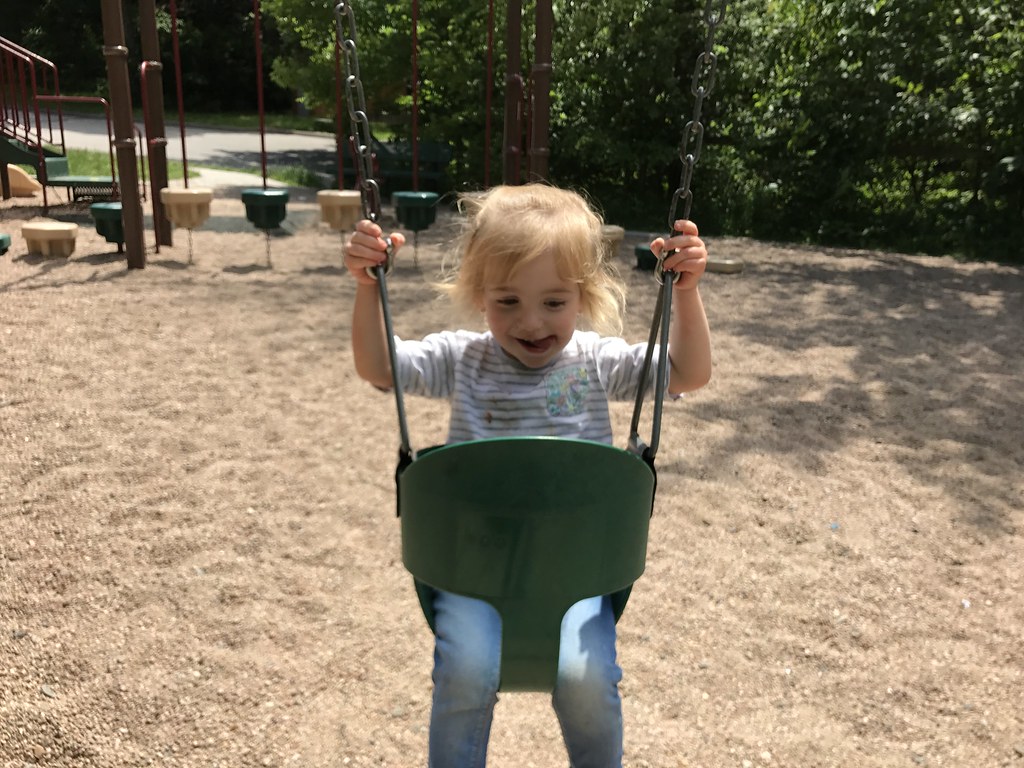 I spent most of yesterday with Jamie and the kids. We took them on a picnic to a local State Park, watched Eli play his last soccer “game” and then went to their house to help plant a few trees. Nora kept saying, “faster Gamma, faster!” 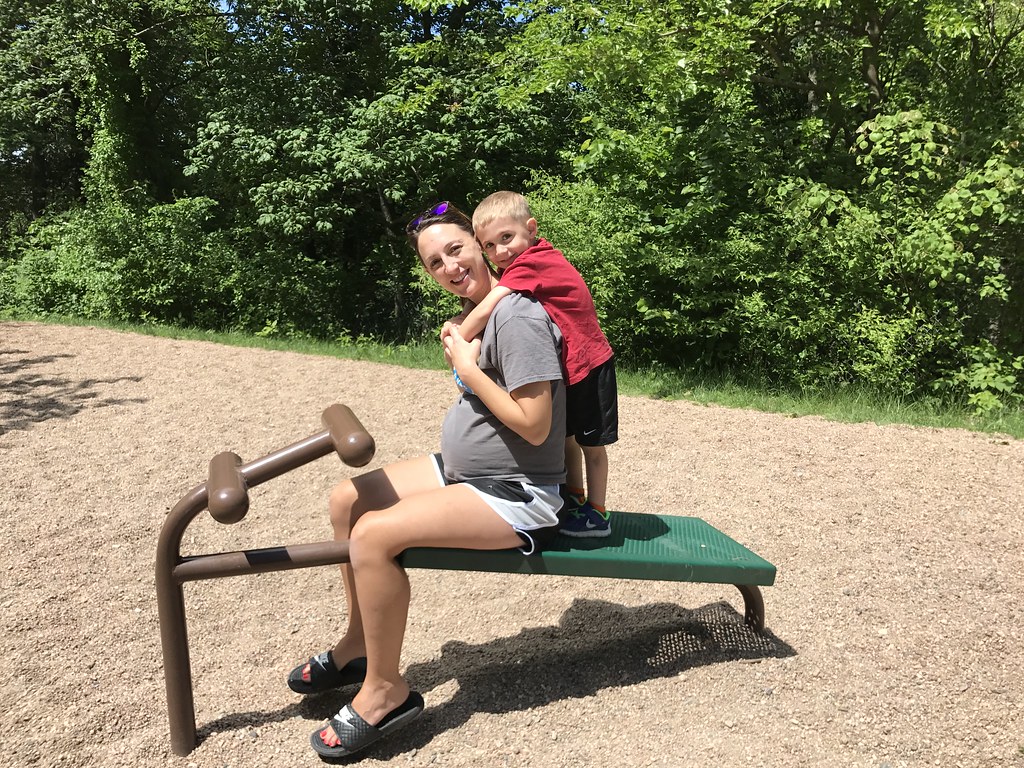 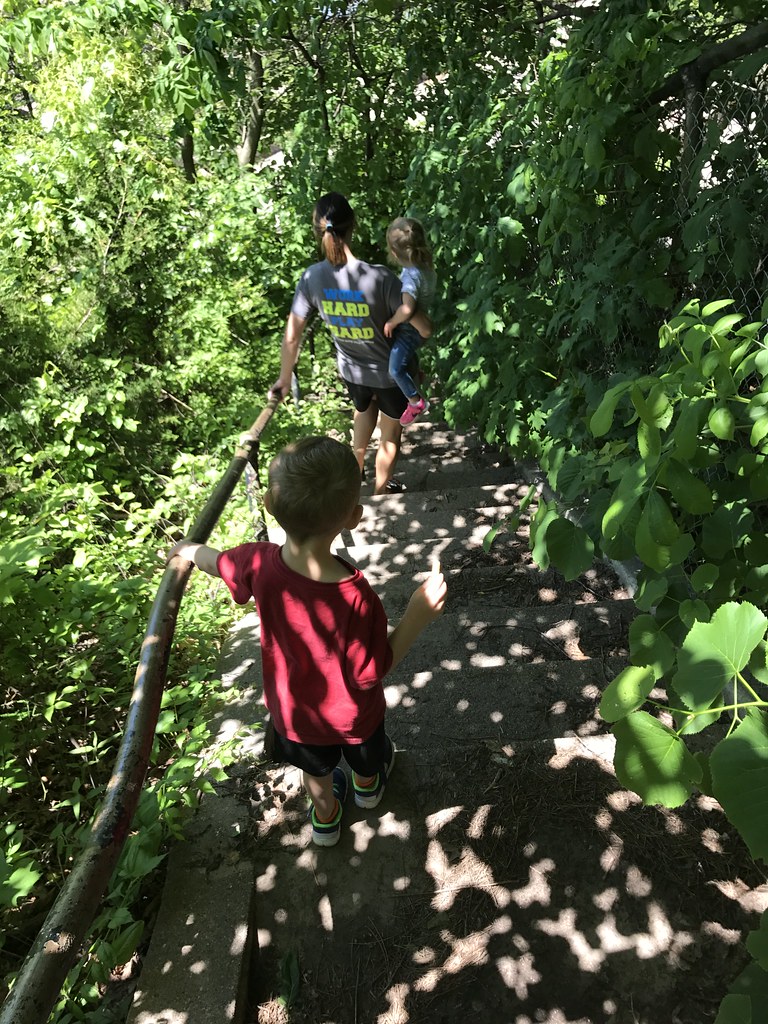 Taking a hike to go see the fish.

Jim and I spent most of our married life building a tight family. And the biggest reason this happened was the closeness we experienced due to this thing called harvest. We spent every summer together, in close quarters, working together, fighting together, yelling at each other and loving each other. It was forced family time. How else can you explain six people living in a 40 foot space? We learned what part of the trailer house not to be in during those rainy days (the bedroom while papa bear was napping). We invented crazy rainy day games (like seeing who can crawl through the empty space of the coffee table without getting stuck or who can keep a spoon on the end of their nose the longest). We learned what jobs we each had to do to make the loading process go faster on moving days. Who rode with who and what needed to be gathered to make the roadtrip a little more bearable. Forced family time…it’s the greatest!! 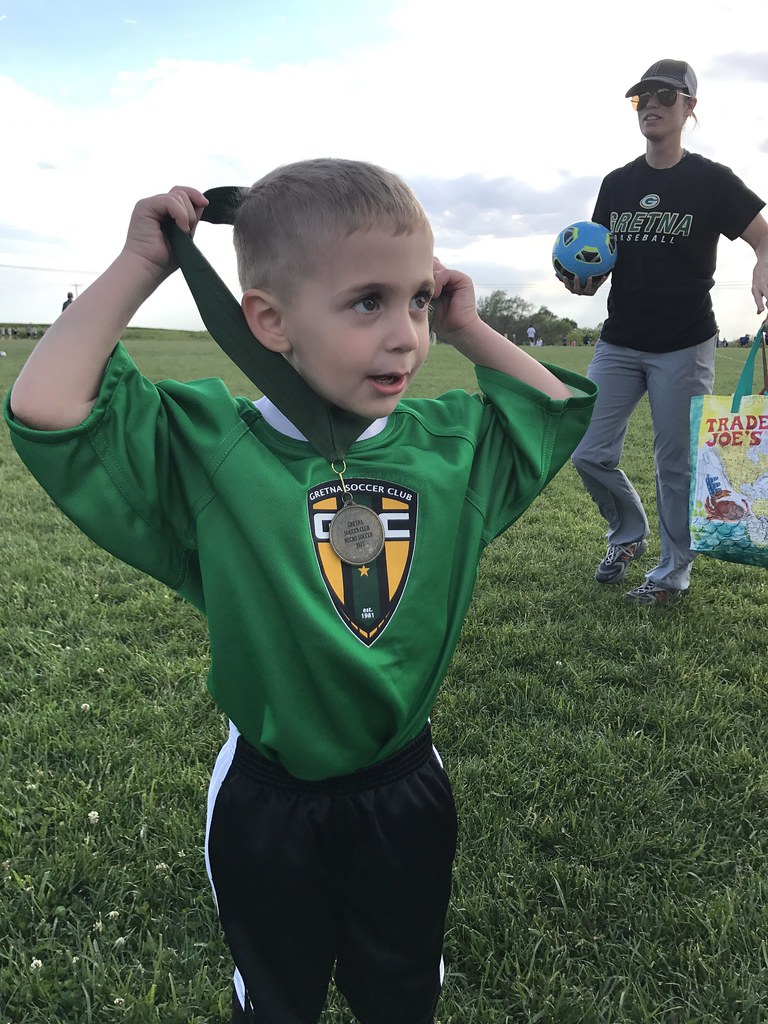 Eli taking his soccer medal off to show his mom and dad. He was so very proud!

The closeness of our family still exists, but it’s just so much harder to get everyone together. And when I heard the plans, it instantly made me sick to my stomach. The plans that won’t involve the rest of the family anymore. The plan is to leave this afternoon with the first load. It’s real. It’s not just something I think about anymore. It’s the goodbyes that I have denied happening that is eating most at my soul today. I HATE goodbyes! I hate the way they make my heart feel. I’ve never been good with them.

When the girls used to leave us to go back to school, I would cry whenever I saw their towel hanging in the bathroom. I had to empty the visual reminders of them as soon as I could so I could move on with the rest of the day. The rest of the summer. I knew they had to leave and I knew we would be together again, but I couldn’t convince my heart of that at that very moment.

That’s how I feel today. I know we’ll be together again after this journey we’re about to embark on. I know all of this and you’d think it wouldn’t hurt as much…and yet it does. 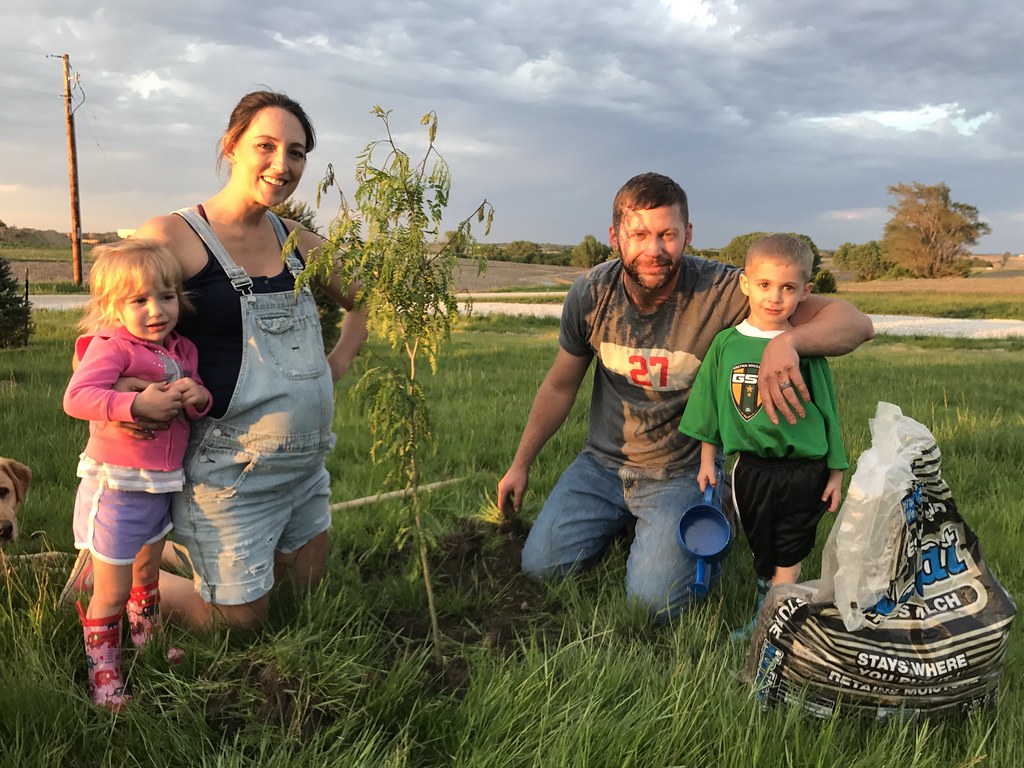 Grow little trees, grow! I told Eli, “Now, every time I talk to you on the phone this summer, I will ask you how your new trees are doing”. He didn’t care. 🙂

The second trip will happen quickly after we return in a few days. The final goodbyes will have to be said and I will have to get used to a world that doesn’t involve seeing the kids for a length of time. In the meantime, the grandkids will grow, a new baby will make its appearance, weekends will be celebrated without us, holidays will be just another day in the field, weeds will have a heyday in my gardens…life will go on. The harvest world and the home, home world don’t exist together. They are two separate worlds. Two worlds that are so completely different and the only way they can ever come together is when we’re all together again.

So be patient heart…it will only hurt for a little while.