All Aboard Harvest | video
138
archive,tag,tag-video,tag-138,qode-quick-links-1.0,ajax_fade,page_not_loaded,,qode-theme-ver-11.2,qode-theme-bridge,wpb-js-composer js-comp-ver-5.4.7,vc_responsive 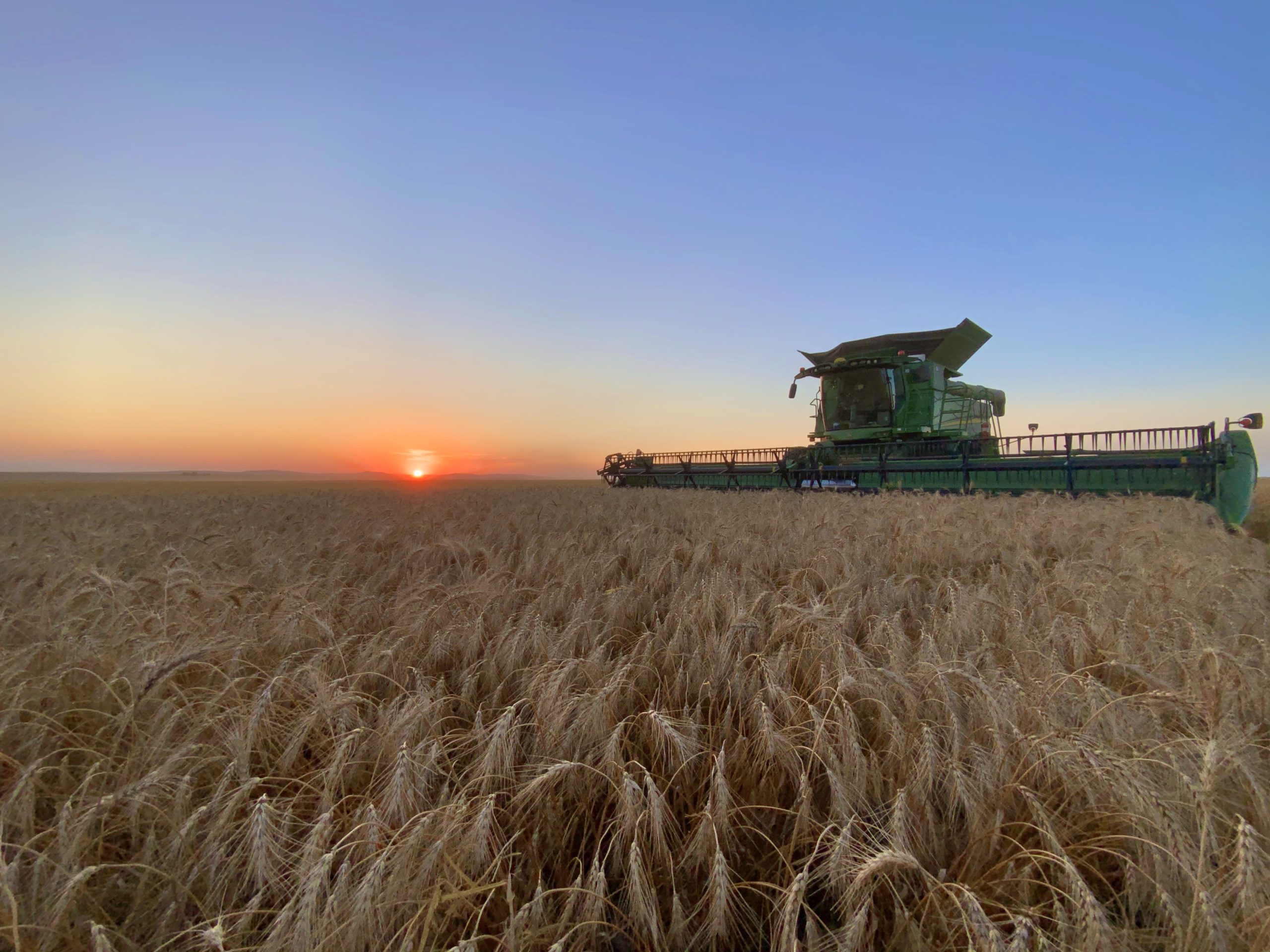 Onida, South Dakota—The crew has been working for almost a month now Sully County, and fatigue is starting to set in. To be honest, no one is really complaining. South Dakota always is our biggest stop of the year, and a little hard work never...

Jordan, Montana–We made it! The final chapter of Harvest 2019 is now being written. The last miles of our trip from Tribune to Jordan were good and bad. The road we didn’t know anything about (between Terry and Brockway) was a piece of cake. It was...

01 Aug Tracy: A small part of something so large

Tribune, Kansas–We’ve passed through on our way north and I’ve often wondered what it would be like to be a part of the Kansas harvest in this true harvest town. There’s a Cenex on the intersection of Highways 96 and 27. We’ve stopped in the past...

Tribune, Kansas – Boy howdy! Can you believe those bushels cut in Western Kansas? Garden City, Kansas wheat This was definitely a once-in-a-lifetime crop cut by many farmers and harvesters in this neck of the woods! Anyone you talk to would agree no one really had a...

Chase, Kansas – Combine Cam is up and running! One of my most favorite parts of being involved with the All Aboard Wheat Harvest has been the Combine Cam. I absolutely love being able to tell the story of wheat and harvest by actually showing others... 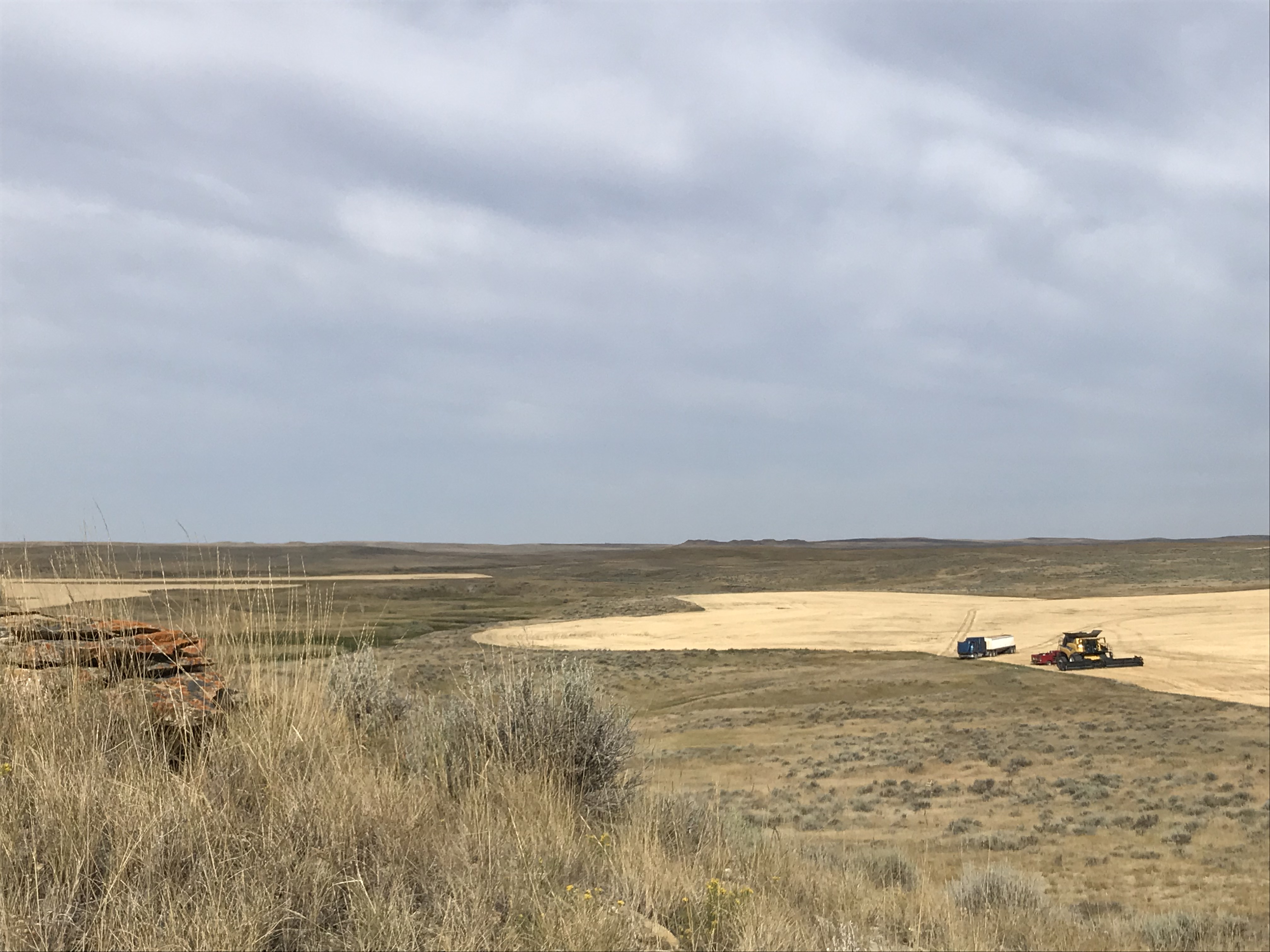 Jordan, Montana - The cleanup has begun. When I make that last round and climb down the ladder for the last time, it never fails to create a ping in my soul. I don't even know if the word, "ping", is the correct way of defining... 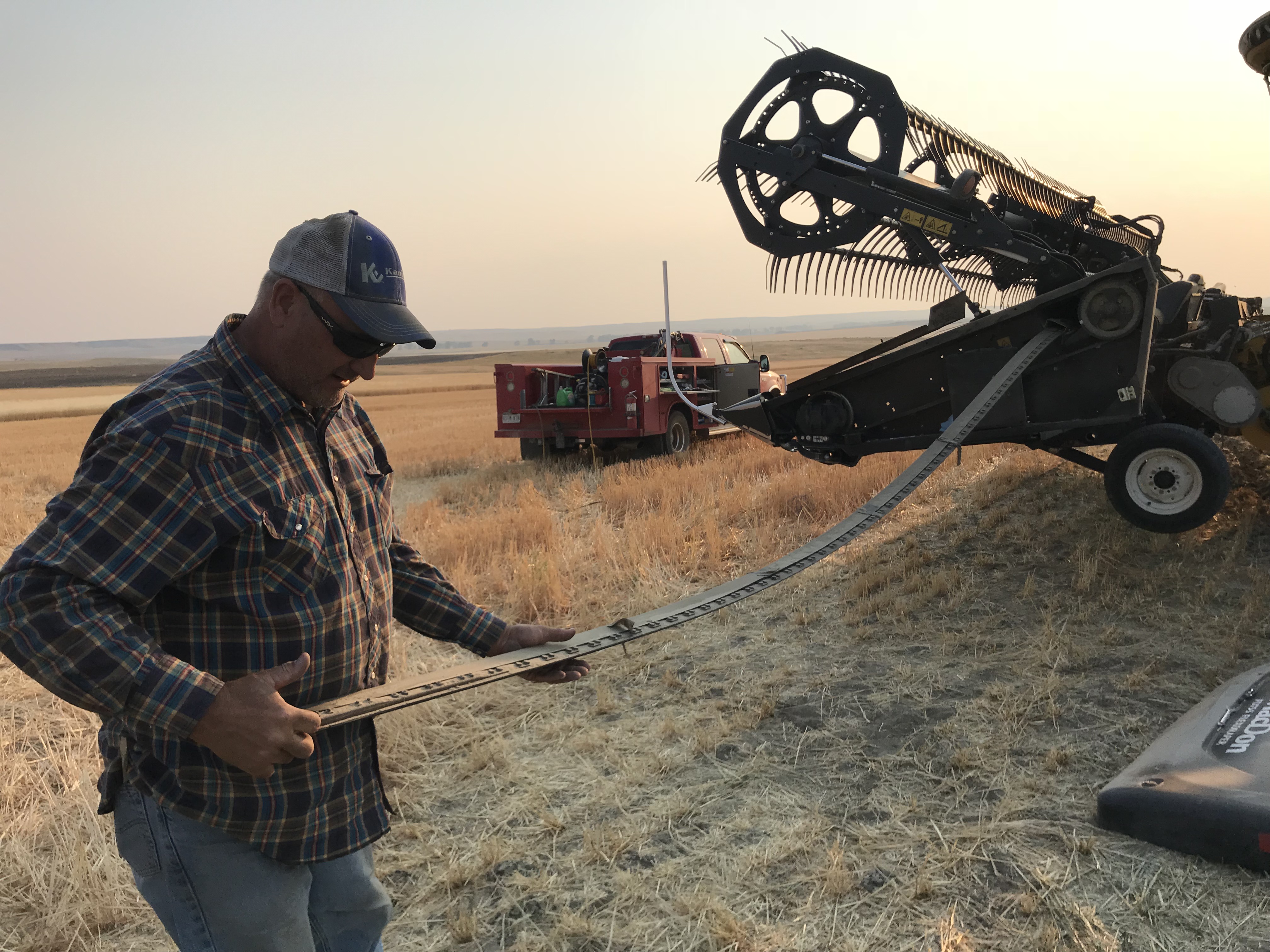 Jordan, Montana - Ugh!!!! That's what I get! I was trying to hurry and get this done so I could take a shower and go to bed. I deleted pictures and I can't retrieve them.  I had some really good ones that I was so... 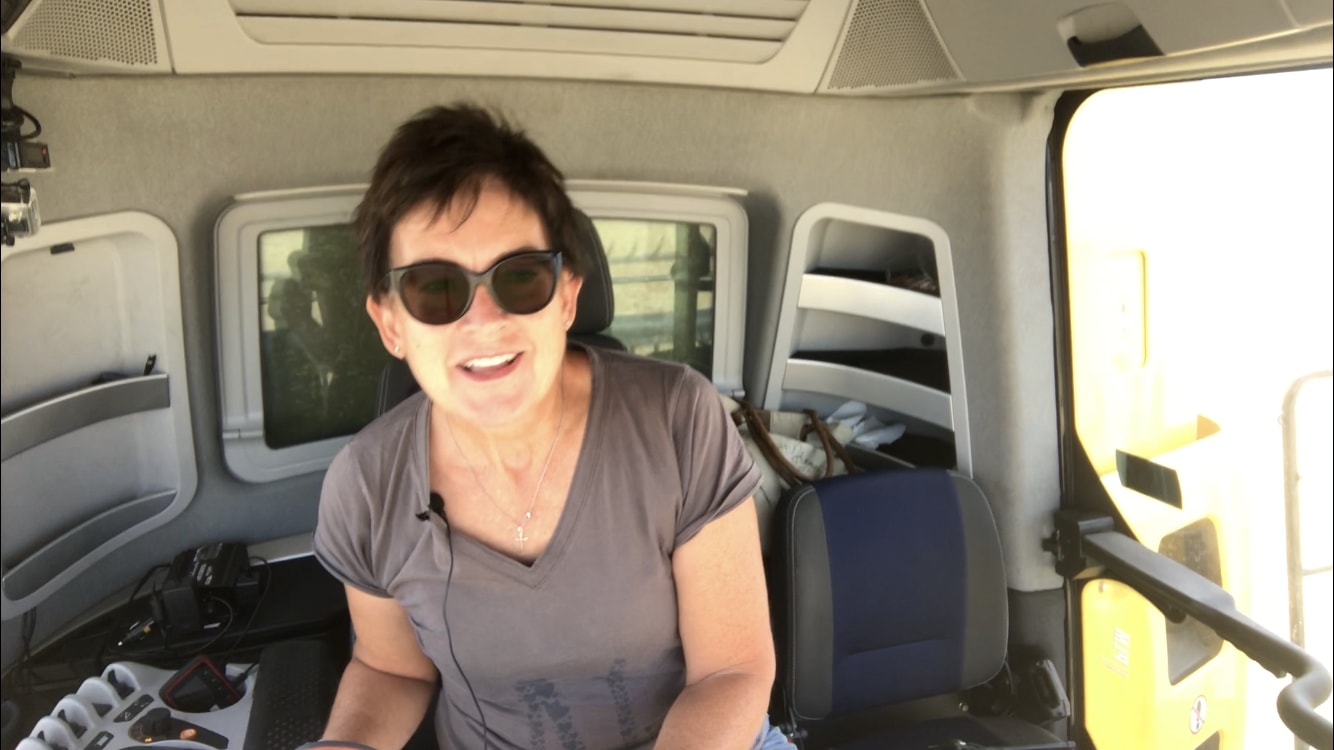 03 Aug Tracy: Where the heck is the Combine Cam? (video)

Jordan, Montana - I tried it. I really did! And I thought it was going to work, until I turned the corner and the wind blew from a different direction. I honestly believe that's the way it is up here. It was bad in Eastern Colorado... 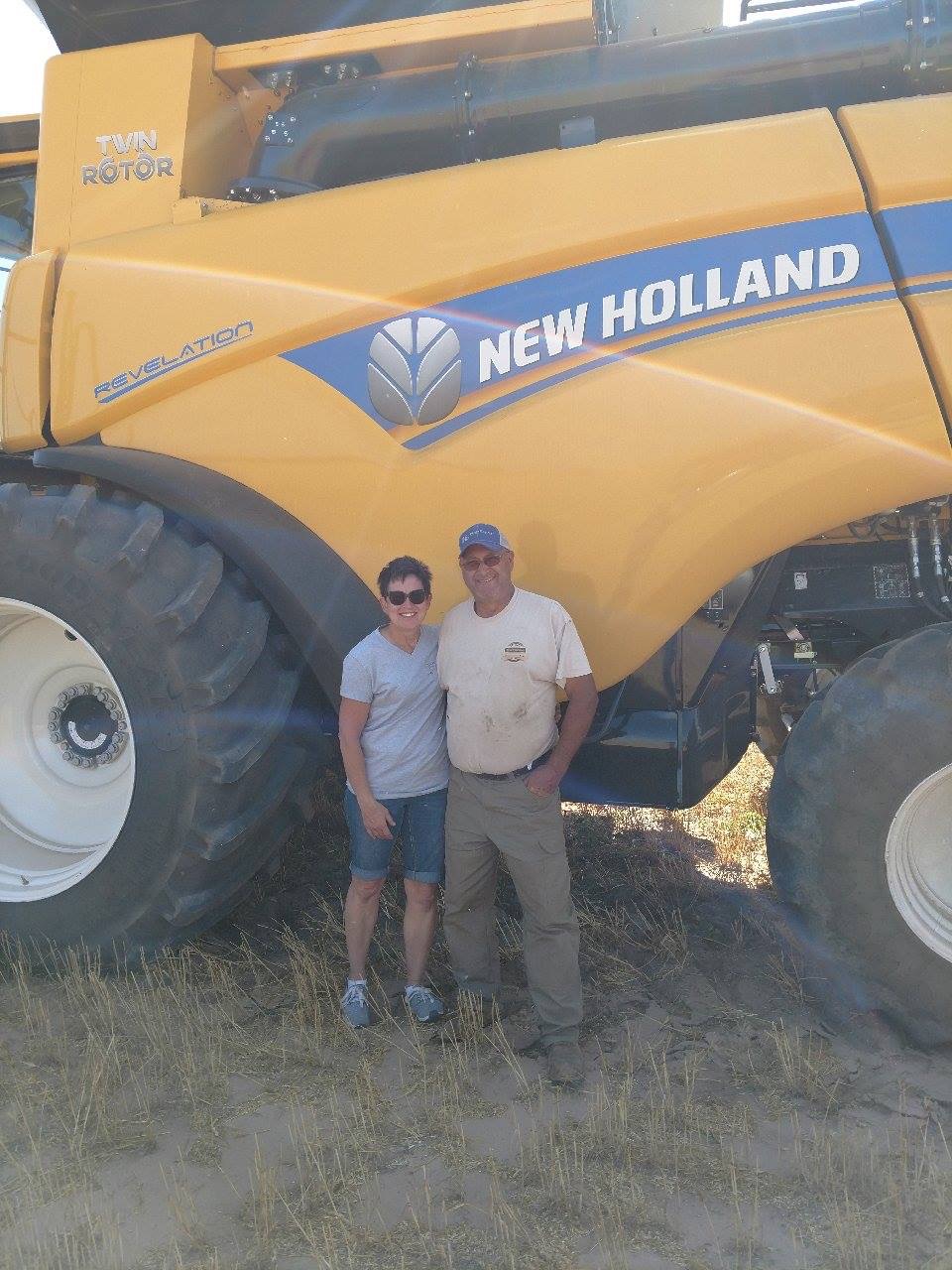 29 Jun Tracy: Getting Back in the Groove

Garden City, Kansas - The word that has been out of most farmer's vocabulary for a very long time, recently returned. RAIN...

Posted at 07:00h in 2017, aawh, All Aboard, High Plains Journal, New Holland, Videos, wheat, Z Crew by z crew 16 Comments
0 Likes
Share
Chadron, Nebraska - This came to me today as I was following Jim and The Beast to the field. YES! I said... field. It's been quite the week. And when it began on Monday, I would have never guessed we would be making a move northward. It's been an emotional roller coaster for me; and from what I hear, other harvesters are experiencing the same, crazy feeling.

We finished south of Wallace, Kansas late Monday afternoon. Once the last standing straw of wheat was cut, we decided that regardless of what happened next, the combine and header would have to be cleaned. Jim and I had talked a little about what we thought we would/should do next. We had no acres to move to so we had decided that we'd just clean the equipment up and see if we could park it at the New Holland dealership in Goodland until moving it to Colorado for the millet harvest in September. That's what we thought when we laid our heads on our pillows Monday night.
Read More