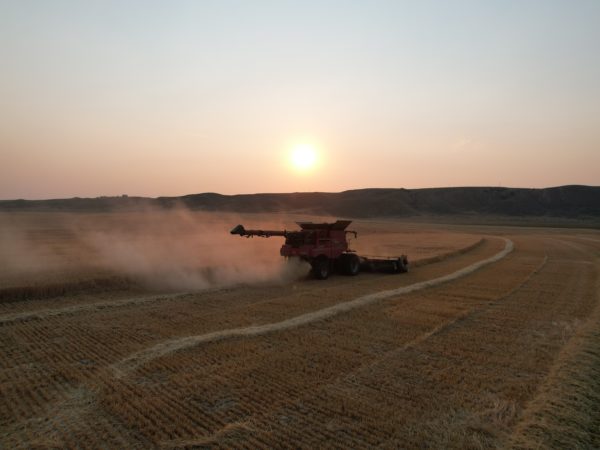 We are only a little over three weeks into wheat harvest around Fort Benton, Montana, and there is not much wheat left in sight. It has disappeared quickly this year. It’s not uncommon for us to spend five to six weeks here, and I’ll be surprised if we aren’t completely wrapped up here in four weeks.

This last week we finished up all our field peas, canola, and lentils and began moving over to spring wheat. Paul cut a field of barley that produced about 70 bushels an acre. It was slow going because a lot of it was down in spots. 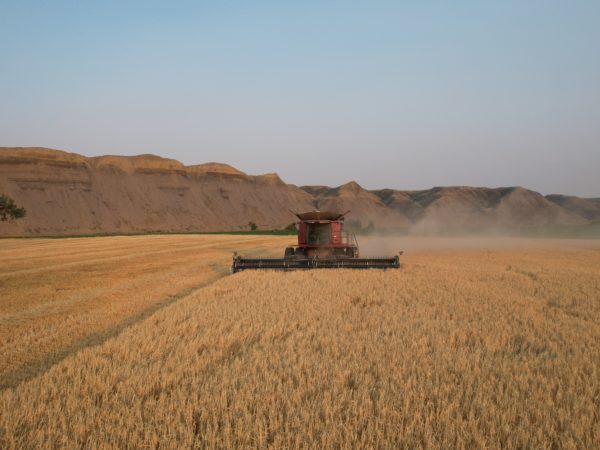 We also did pickup work a little farther north of Fort Benton. With two machines south of Chester, they worked to pick up spring wheat in neat windrows. 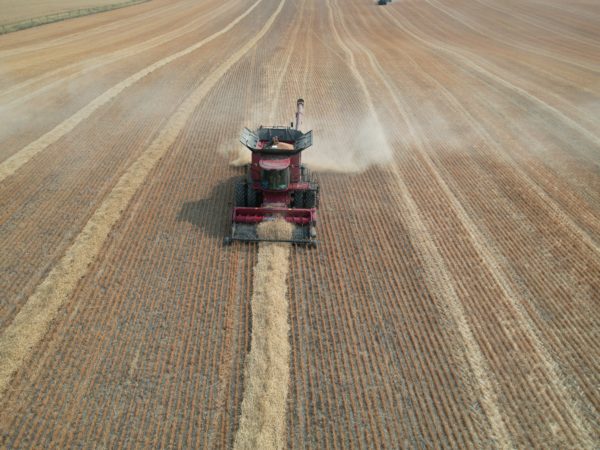 We weren’t without some breakdowns. Parker encountered a very dangerous situation while moving fields by Highwood. As he was coming up a hill, it appears a bearing went out on his driver’s side rear wheel. The wheel completely popped off and brought Parker to an unexpected stop. By the time I arrived on the scene, the tire was resting on the side of the road, they had removed the header he was pulling behind him, and Parker was directing traffic around his combine. I think he was shook up a little, but uninjured and okay. 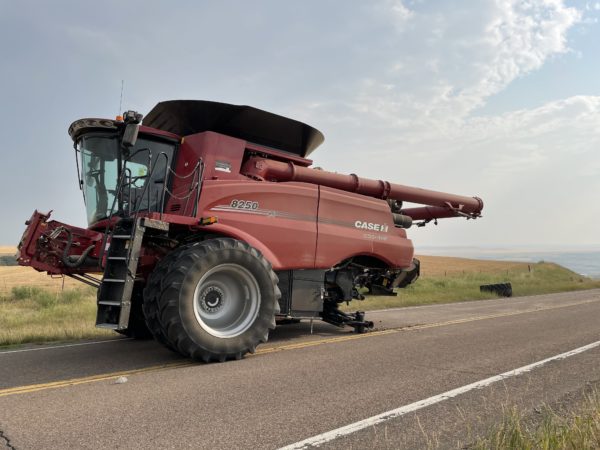 Thankfully no one was injured, and the loose tire didn’t damage any close or passing vehicles. Things could’ve been a lot worse. I’m really proud of our crew, and how well they handled this situation.

Last Friday Gary and Rhonada took off with three machines to begin harvesting in Ray, North Dakota. Wheat is ready in that area, and I feel that we will move through acres there just as quickly as we have in Montana. It’s not terribly earlier than usual. I looked back to see that Gary and Rhonada began cutting there in 2020 a week later than this year.

We finally felt a little rain relief Monday. We were in desperate need of a break since we haven’t stopped pretty much since we pulled in. The Montana State Fair began last weekend, so it looks like today we can take the day off and enjoy some fair food, rides, games, and hopefully visit with some animals.

Zoey and I will head back to Iowa in a couple of weeks so she can start the first grade. Last year Zoey and I made the thousand-mile journey home from Montana while Paul stayed on the road to North Dakota for another two or three weeks. I’ll get us moved to North Dakota this year, then I think Paul won’t be in North Dakota much after Zoey starts school. It’ll be nice to not have such a long trip home, and not have the crew on their own for so long.

The summer harvest is almost at a close. It has flown by, so maybe fall harvest will do the same.